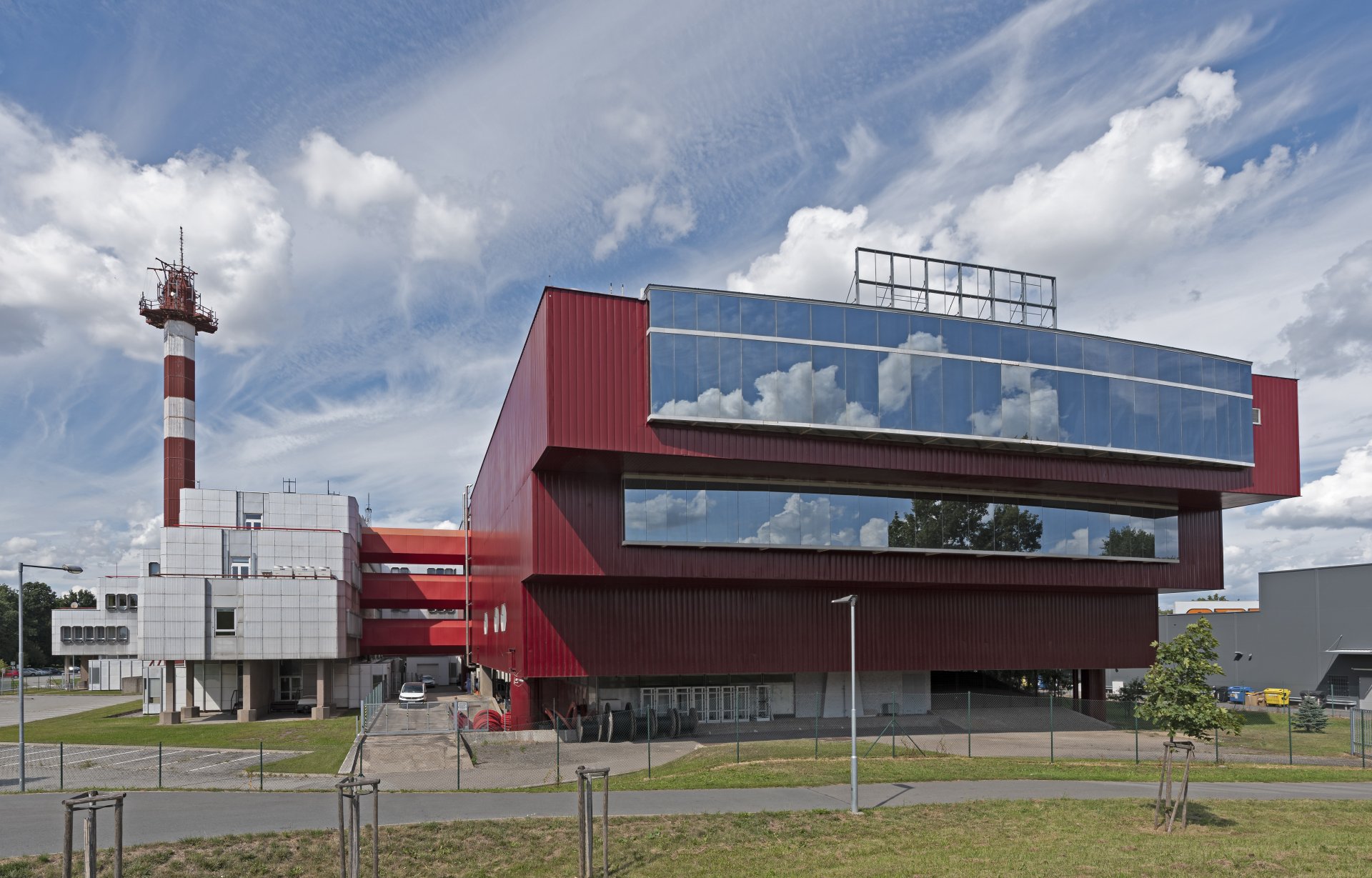 The complex of the Transit Telephone Exchange in Hradec Králové represents one of the most impressive, and still quite authentic examples of the building typology in the Czech Republic. The authors of the project, the Prague architects Václav Aulický, Jindřich Malátek and Jiří Eisenreich, did not design such a building for the first time; at the same time, they were preparing a project for a telephone exchange in Prague–Dejvice, which has a number of similar features. As Aulický himself stated, the main formative motifs of the architectural design were “(...) the specific character of the building and its dynamic content.”
The “free” construction site on the edge of the city district gave the architects the opportunity to design a generous building, enhanced by the contrasting white and red coloring of the façades of the operational and technological sections. The pale operational section has a cruciform layout and is characterized by a three-stage gradation of materials and the protruding sun screens in the rectangular windows. Their chamfered corners correspond to the chamfered corners of the building itself. The sharp red technological sector, on the other hand, takes the form of a massive rectangular monolith with a sloping volume and a pair of communication towers in the western part with a hexagonal layout and sharply pointed ends. The towers are connected to the building on each floor by horizontal tubes, which the authors were fond of using in other projects (e.g. in the telephone exchange in Teplice and the Transgas building in Prague). In Hradec Králové, the tubes have a less common hexagonal profile. The west façade is also characterized by an irregular, playful set of rectangular windows of different sizes and orientations.
The two sections are closely adjacent to each other and again connected by hexagonal tubes above the inner supply yard. They also communicate visually with each other by means of a sheet metal cladding – for the operational building, the FEAL – Sidalvar system was used; the service building was clad with OD-001 panels in natural aluminum. This solution supported the overall high-tech aesthetics, but it was also functional and supported the heat dissipation.
In 1986, the original complex with its predominantly horizontal lines was supplemented by a contrasting vertical element – a 50m high slender tower for radio relay links, which also has a hexagonal layout. The steel pylon, originally red in color, is topped by a branched platform head for parabolic antennas.
As was customary in public commissions of the time, great attention was also paid to the interior, which was full of inventive features. Jan Vrana and Vladimír Štulc designed the space in a distinctive color and graphic manner and complemented it with wallpapers, lacquered jute and tinted photographs by Jiří Havel and Miloš Vojíř.
In later years, a pair of glass strips running almost the entire width of the second and third floors of the south façade of the technological section became a significant intervention in the original form of the exterior.
The telephone exchange complex, like other, mostly technicist and brutalist buildings from the second half of the 20th century, is one of the most endangered structures. Because of its unique color and form, sophisticated technical design and the potential threat of demolition or significant redevelopment, it would rightly deserve protection.
AW
Monument Preservation

No means of protection have been registered. 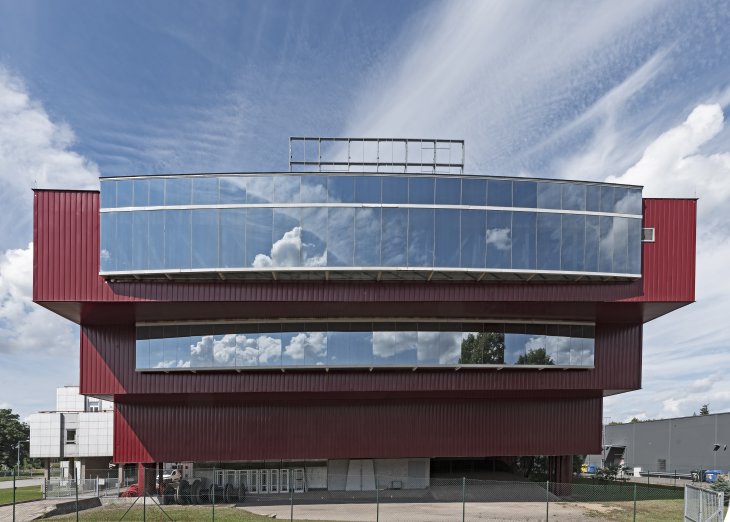 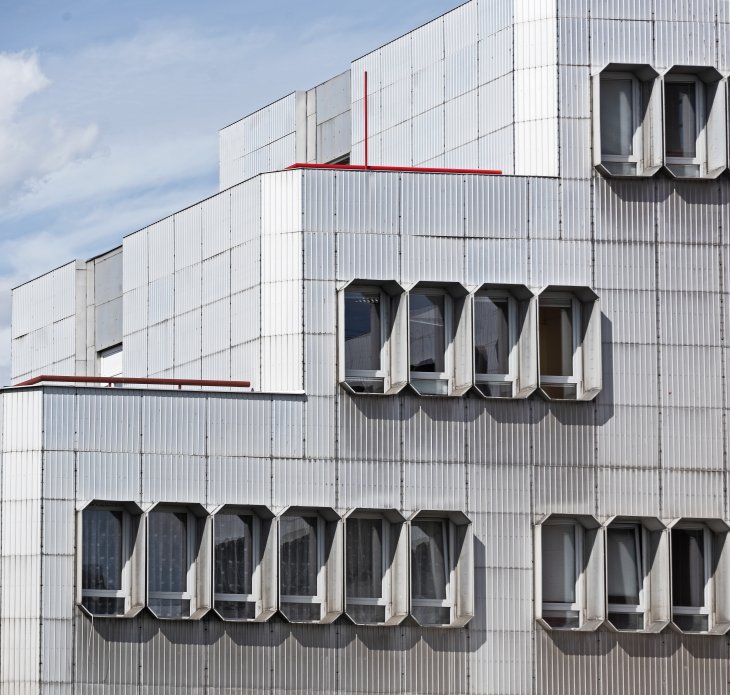 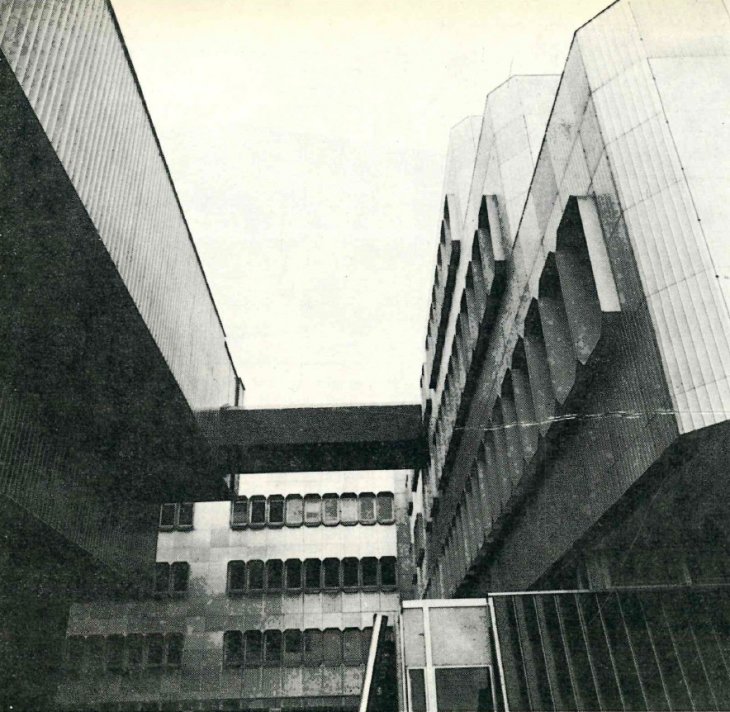 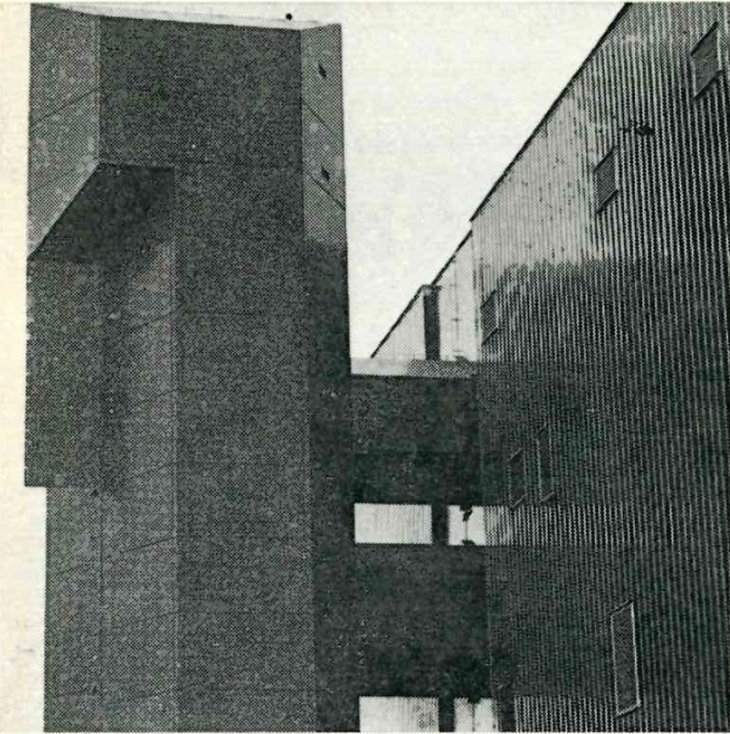 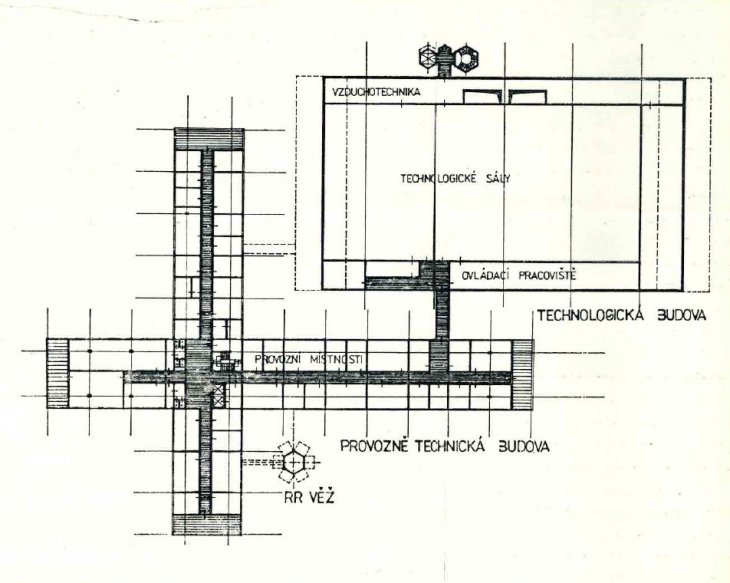 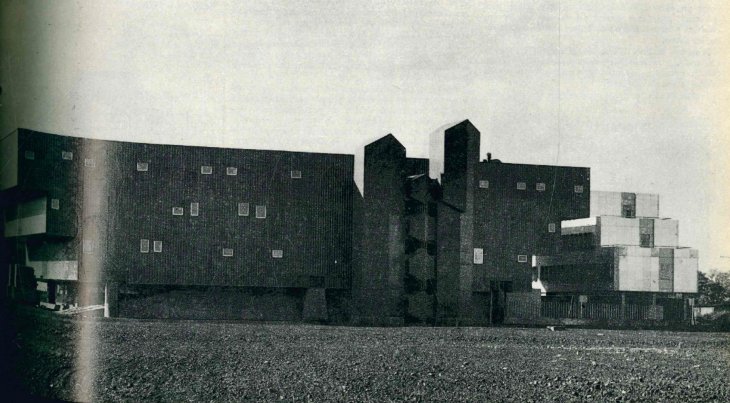 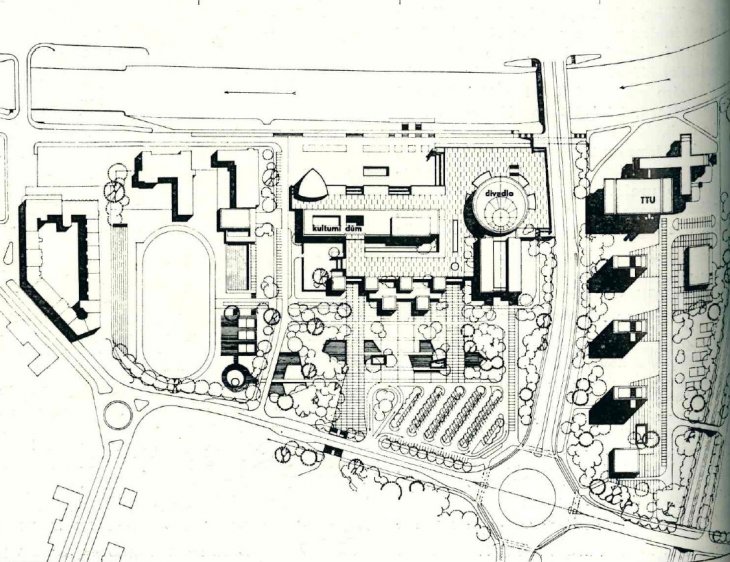 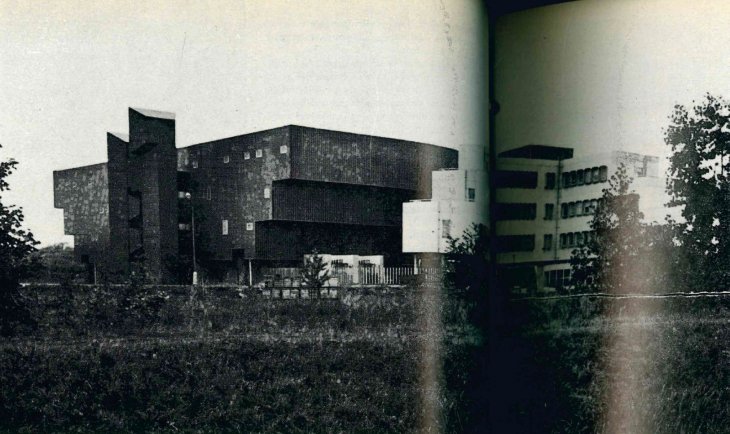