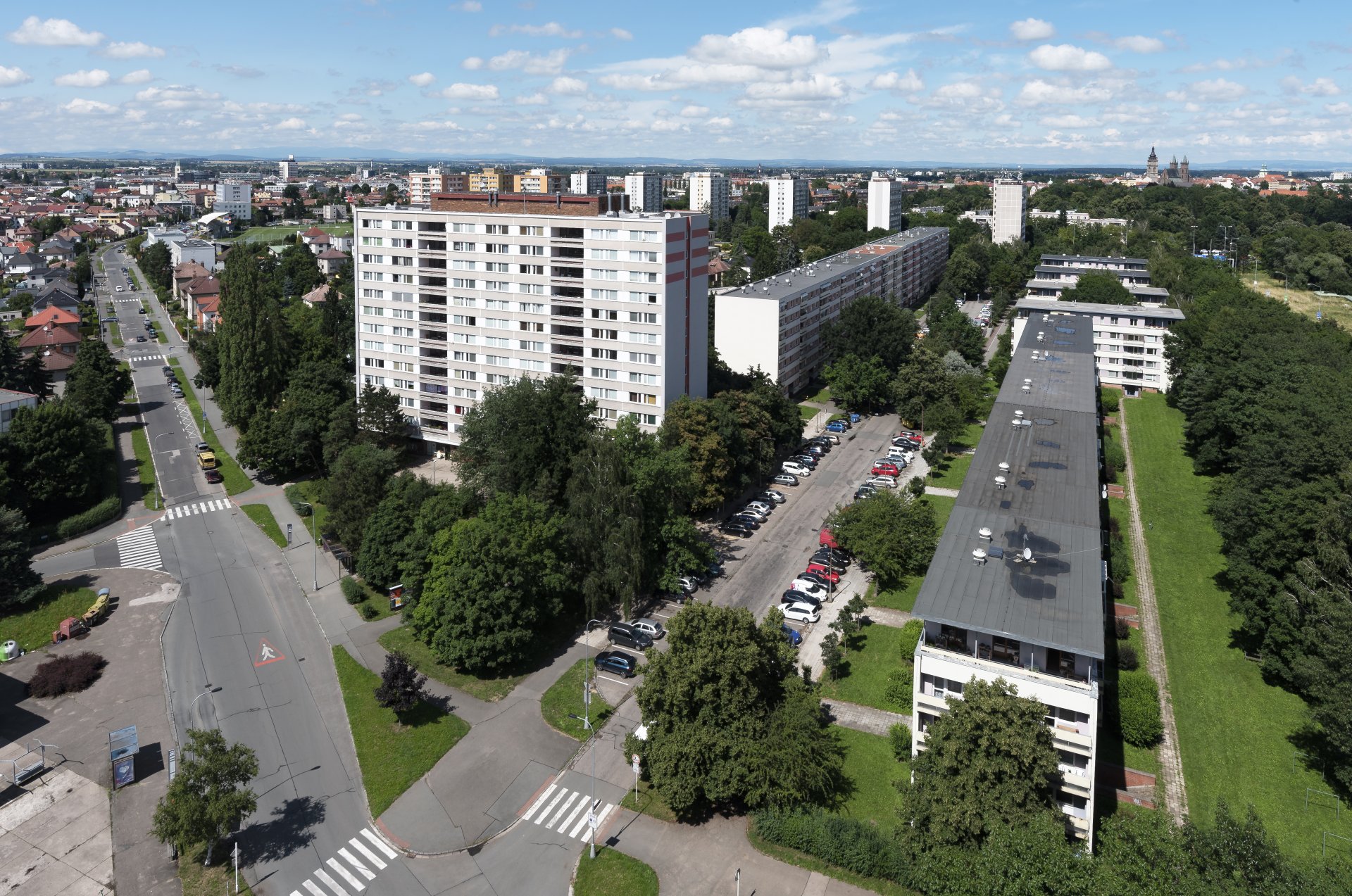 The residential complex Labská kotlina II in the south-western part of the city is one of the best quality prefabricated housing estates in Hradec Králové. The uniqueness of its architectural and urban design was confirmed by the state prize at the architectural works show from 1972–1973, awarded to architect Břetislav Petránek from Hradec Králové as its main designer. He designed the complex with his collaborators from Stavoprojekt Hradec Králové, Václav Rohlíček, Karel Schmied, Jaroslav Páv, Jan Rejchl, Jan Zídka, etc.
The idea to develop the remaining outlying land of Labská kotlina II with a housing estate was conceived in the 1950s. The Prague architect František Čermák, who was also involved in a parallel study of the nearby residential area at the confluence of the Elbe and Orlice Rivers, worked on the project of the development already before 1956. The detailed zoning plan by Břetislav Petránek and Václav Rohlíček from 1959 proposed “(...) rather low-rise development, with only a local center with a ten-story landmark on the waterfront and several eight-story residential buildings on the embankment.” The total capacity envisaged was 1,360 dwellings. In reality, the number of apartments almost doubled, but thanks to the large spacing, the variety of house types and their thoughtful composition, organized into two districts with full amenities, the complex seems uncluttered and stands out for its spatial qualities. Nine types of apartment houses of the HK or T 06 B construction system were built there and their unifying element was a small façade detail – a low longitudinal cut-out on the concrete balcony sills.
The most exposed part of the housing estate lining the second urban ring is built up in a regular rhythm with eight high-rise buildings, in which elements of brutalist architecture (conical concrete piles in the parterre of the houses) resonate. Within this group, we could highlight two pavilion houses on the southern edge, which concentrate unconventional duplex apartments. The long thirteen-story slab houses at the southern end of Jungmannova Street were also designed as pavilions. Their counterparts here are three seventeen-story skyscrapers, then the tallest buildings in the city, described in the local press as “experiments.” The estate also included significantly smaller and lower buildings, such as four-story point houses, multi-story amenity buildings, and primary and nursery schools. This made the complex more seamlessly relate to the existing residential development in the Farářství District. A polyclinic was also built in the north-western outskirts of the area along Foerstrova Street with a façade was originally decorated with a mosaic by Jaroslav Kábrt; a community center was also designed but never built.
The park-like area in the center of the second district with a large paddling pool (later replaced by a new one) became a pleasant place to relax. A bronze sculpture of a heron by Jana Moravcová was originally located in front of the Jiřina department store but removed in 2015. The same fate also befell the bronze statue of a girl by Ladislav Zemánek in front of the wholesale store of the first district in Lipky. The second statue of a girl by Zemánek – in the area of the Bezručova elementary school – has been preserved.
AW 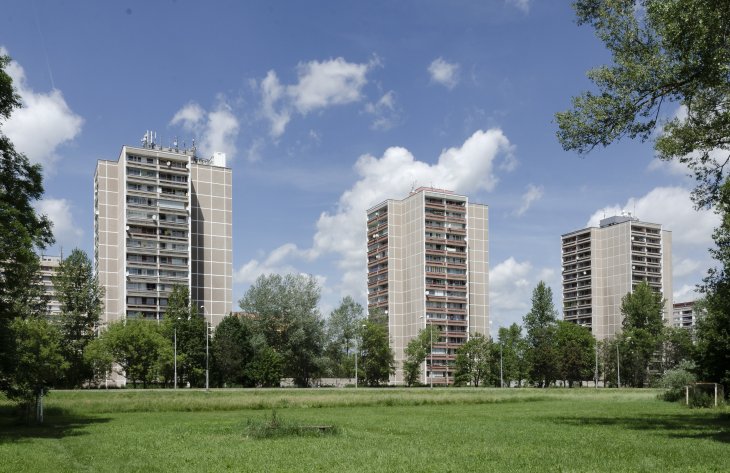 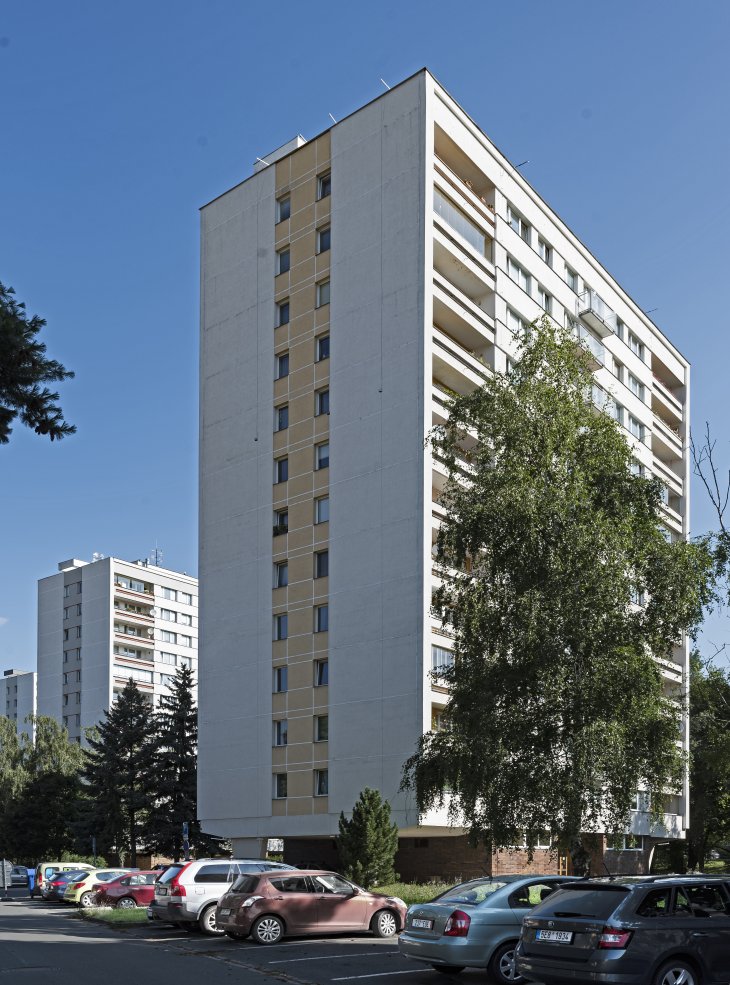 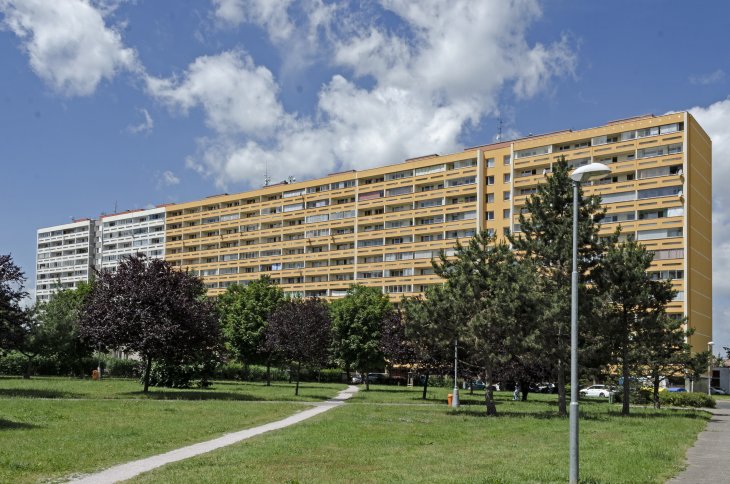 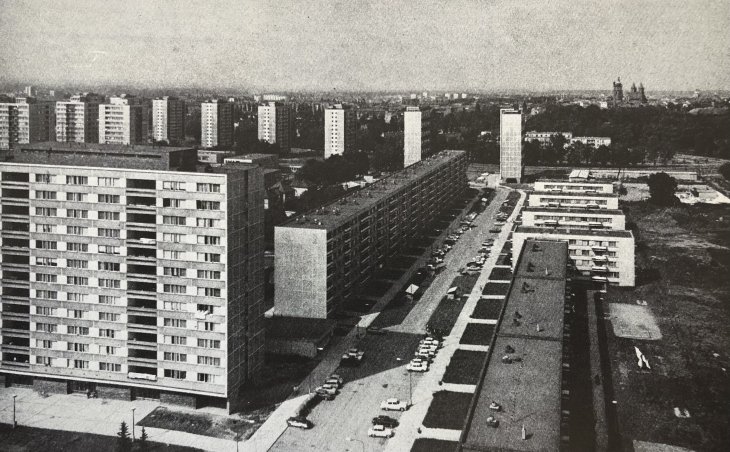 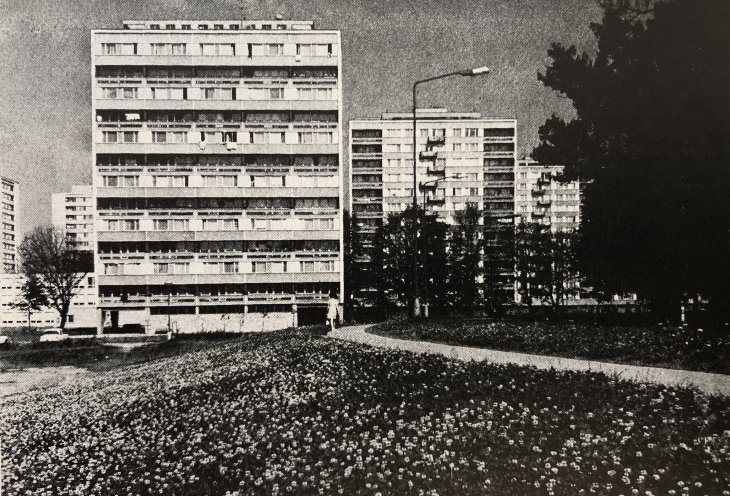 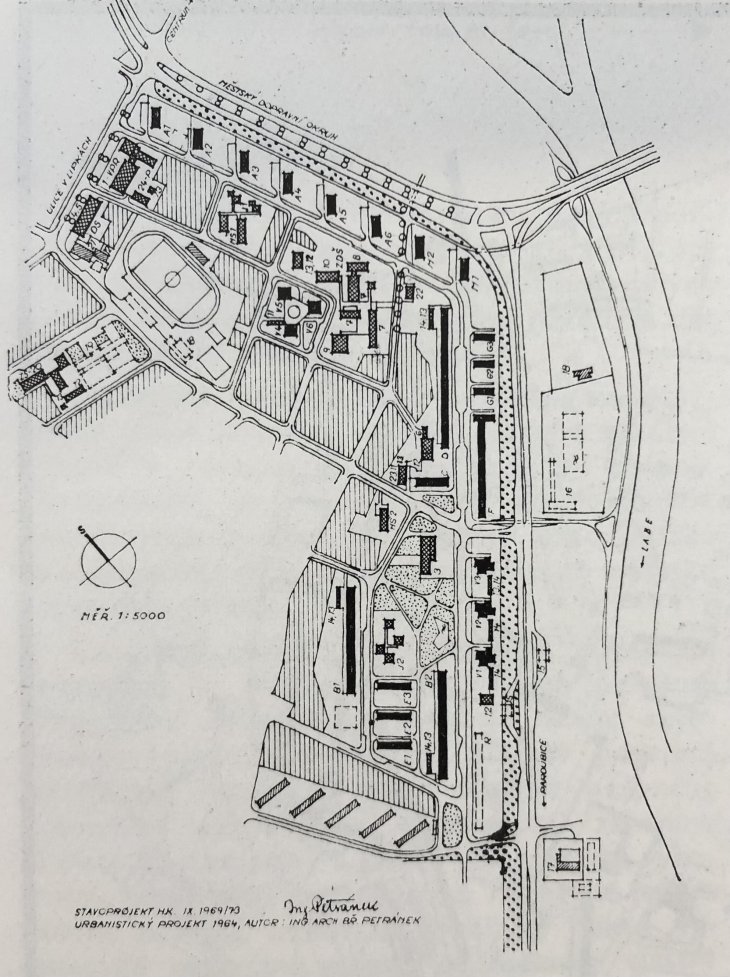 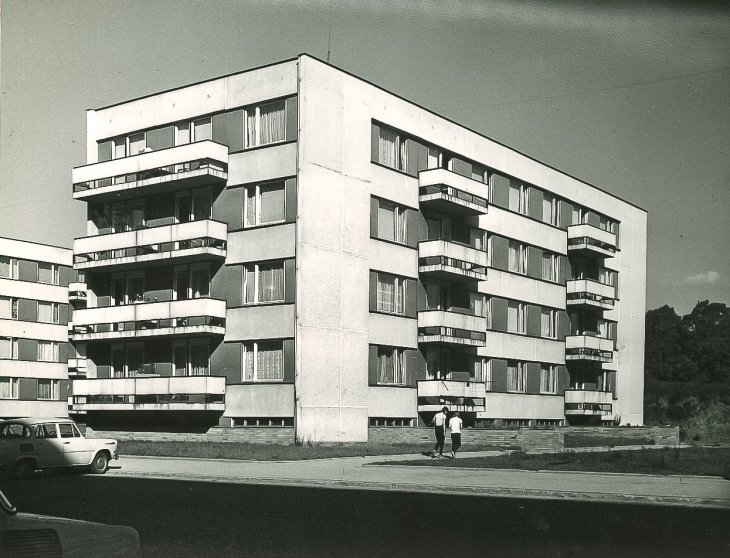 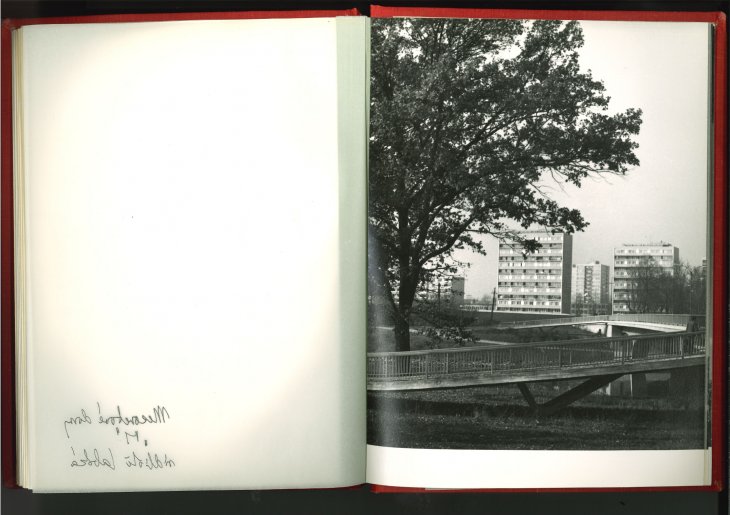 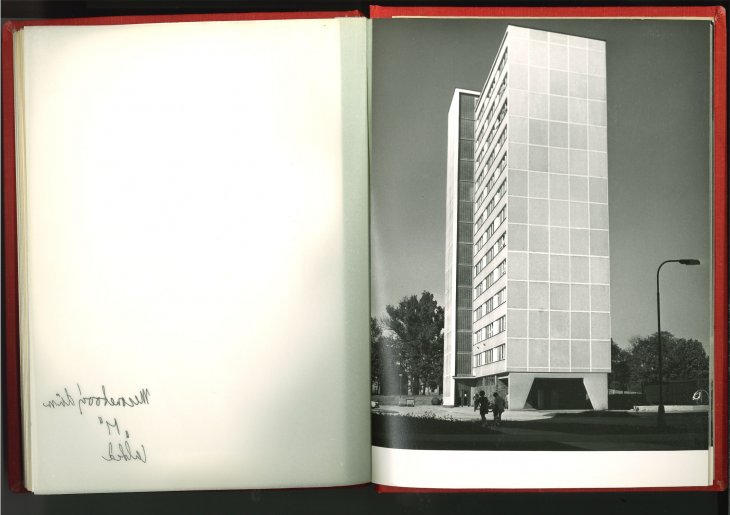 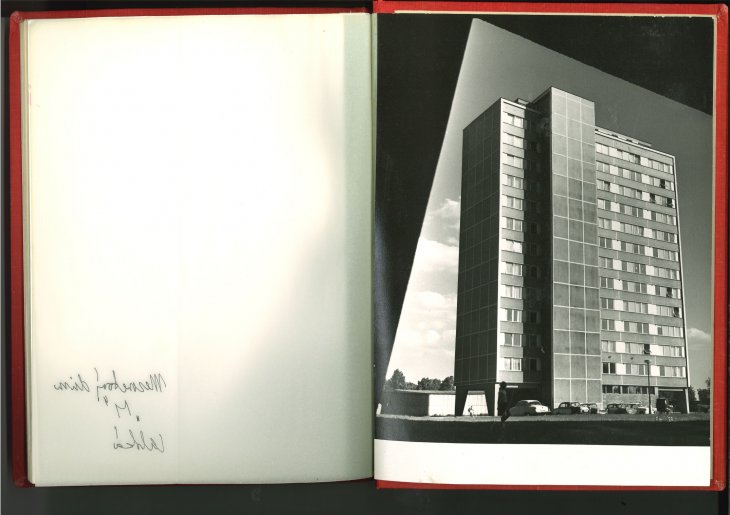