The Confluence of the Elbe and Orlice Rivers (Sculpture) 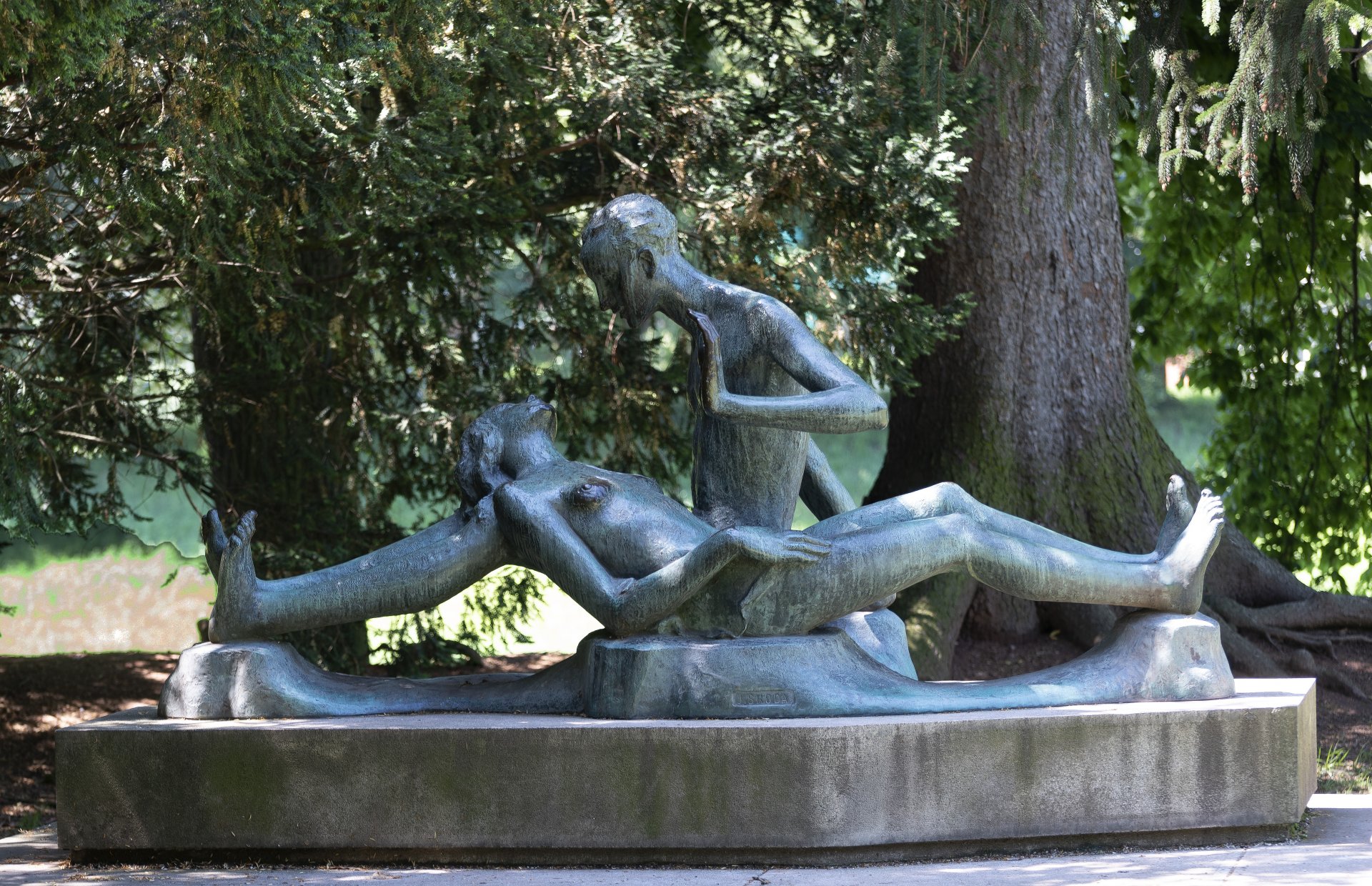 Josef Václav Škoda (1901–1949) started working on the allegorical sculpture The Confluence of the Elbe and Orlice (formerly also The Stoke of the Elbe and Orlice Rivers or Lovers), which has earned many positive and negative labels in the past, already during his studies at the School of Applied Arts under Otto Gutfreund in 1926. He finished and improved it over
the course of nine years. The idea of the sculpture was born in the environment of the Circle of Friends of Art in Hradec Králové, a civic association looking after the historical and artistic heritage of the Czech nation’s past. The association formulated its intention to beautify
the Jiráskovy sady Park in a letter sent to the city council as follows: “...we are convinced that by this work of art, which will be of lasting local interest to the city, the city of Hradec Králové will be enriched by a new sculptural work which will undoubtedly arouse the interest of all foreigners and increase the response to the cultural endeavors and support of the arts by
the city of Hradec Králové, not to mention the support of the striving artist, our native and Štursa’s pupil… We are sure you that the public will be grateful for this.” The counselor Karel Mlynář replied, “...The sculpture of the Elbe and Orlice Rivers, of considerable artistic value, will thus contribute to the artistic remarkable features of the city of Hradec Králové, like Štursa’s Victor.”
The City Council and the Circle of Friends of the Arts together with Škoda negotiated
the installation of the sculpture. The options included the following locations: in front of
the entrance to Jiráskovy sady Park, in front of the gazebo by a restaurant, or between
the rosarium and the confluence of the two rivers. The last option won. It was recommended to the city by the Circle of Friends of Art on 14 May 1934. The price was set in advance at CZK 40,000. On 18 May, the representatives of the city, the Circle and the sculptor agreed to install the sculpture in mid-August. Soon after the casting at Karel Barták’s factory in Prague-Hrdlořezy and the subsequent installation in the rosarium in August 1934, a strong wave of criticism arose, even though the allegorical sculpture had previously been exhibited in the City Museum, where the act was a “mere” allegory and no one protested or raised any objection. Immediately after the installation, contradictory opinions and criticisms began to appear. For many residents of Jiráskovy sady Park, the sculpture became an image of “abominable pornography that was certainly an unsuitable spectacle not only for children.” The two naked bodies were literally “lazing about” on the meadow, which was unthinkable for the morality of the time, but it is this boldness of the sculptor that today adds to the realism of the sculpture. His teacher, Otto Gutfreund, was also certain that it belonged not on a colossal pedestal but in the grass. For its time, it was a bold sculpture that also captures a great deal of the honesty that Škoda was also inspired by his first teacher, Jan Štursa.
The Confluence of the Elbe and Orlice Rivers is perched on a low oval pedestal At the very top of Jiráskovy sady Park. A fragile girl is falling asleep (Orlice) on the lap of a young man (Elbe), whose hand gesture was supposed to express tenderness and respect. The slender and ethereal figures represent the long journeys of the waters to Hradec Králové.
The sculpture of figures with delicate features elevates the impression of the observer to
a lyrical experience. However, Josef Václav Škoda was not the first artist to depict rivers as lyrical nudes of human bodies. For example, the ancient Romans built the Fontana dei Quattro Fiumi in Piazza Navona, using human bodies to represent the Tiber and Nile Rivers;
a female nude resting on the Marne River can be also found in the Palace of Versailles.
JFB
Monument Preservation

The sculpture of the Confluence of the Elbe and Orlice Rivers is an immovable cultural monument No. 23866/6-563 and part of the protected urban conservation area in Hradec Králové. 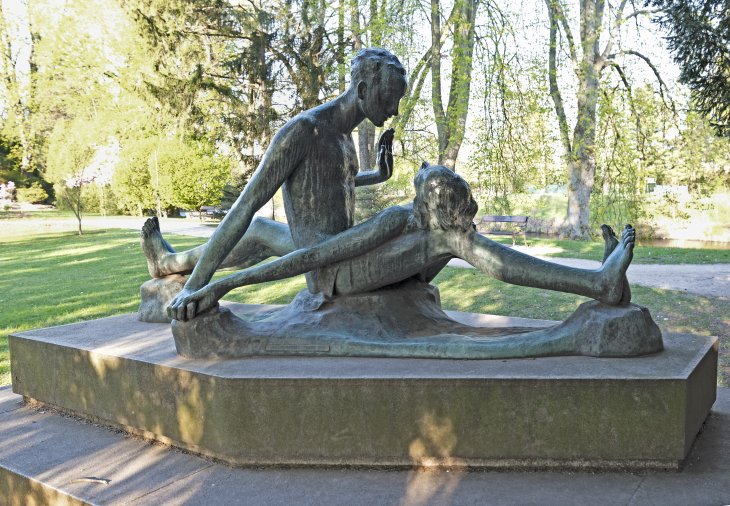 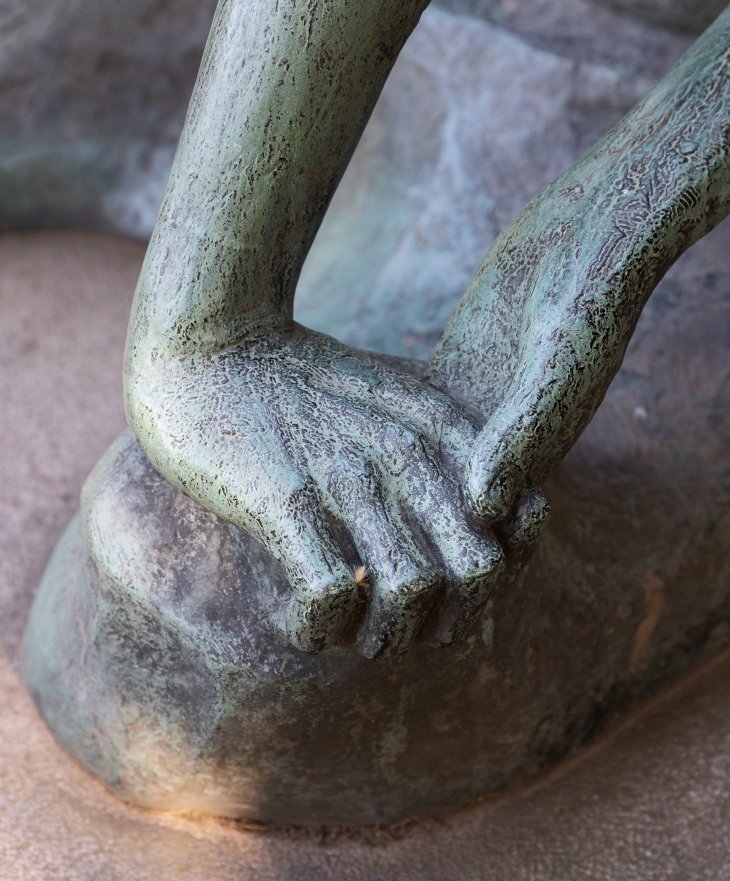 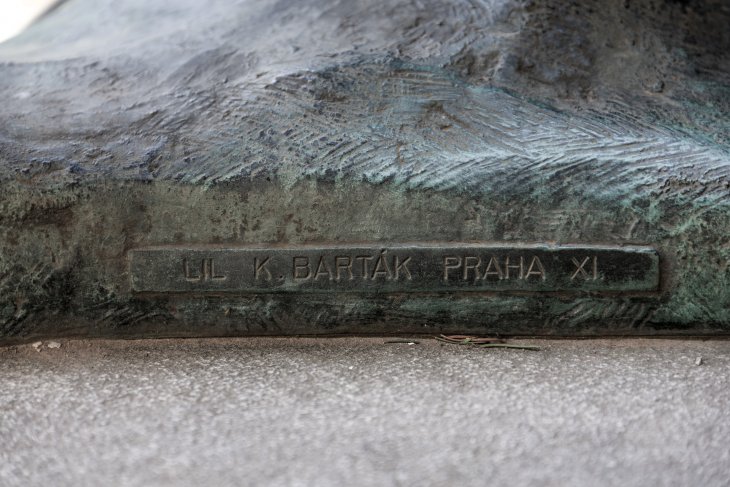 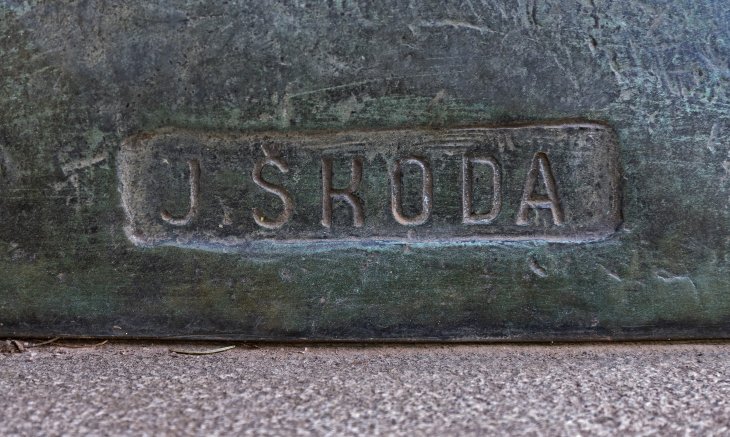 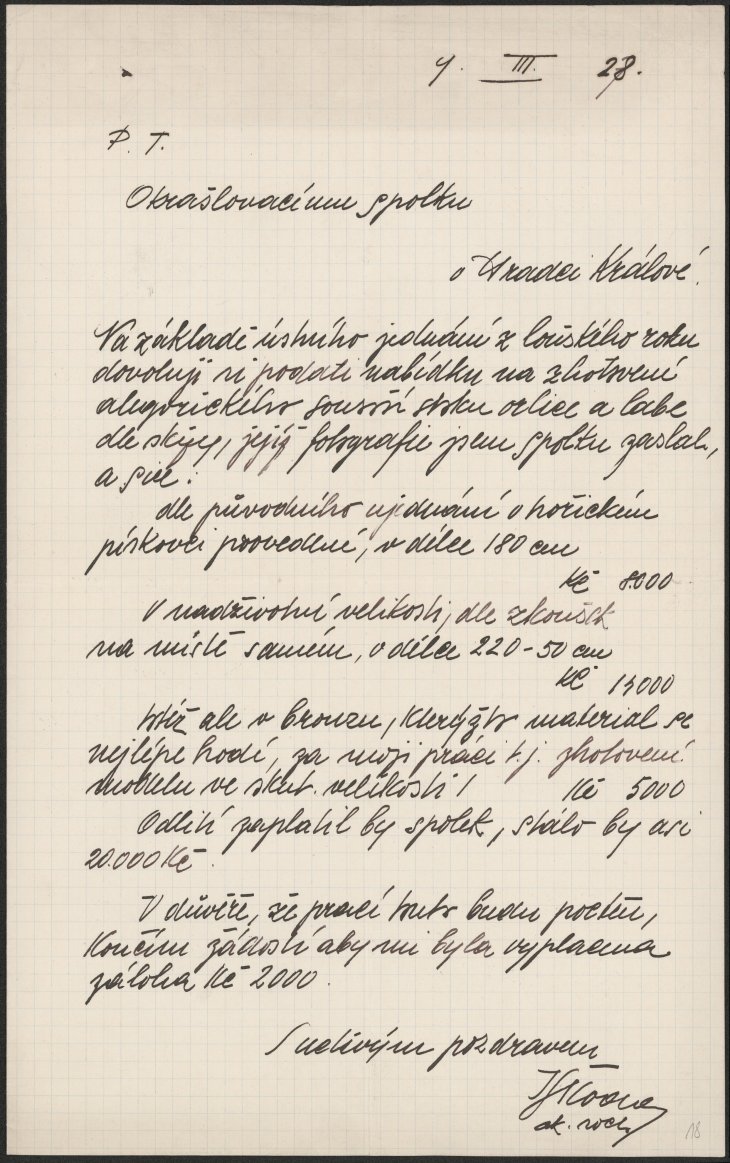 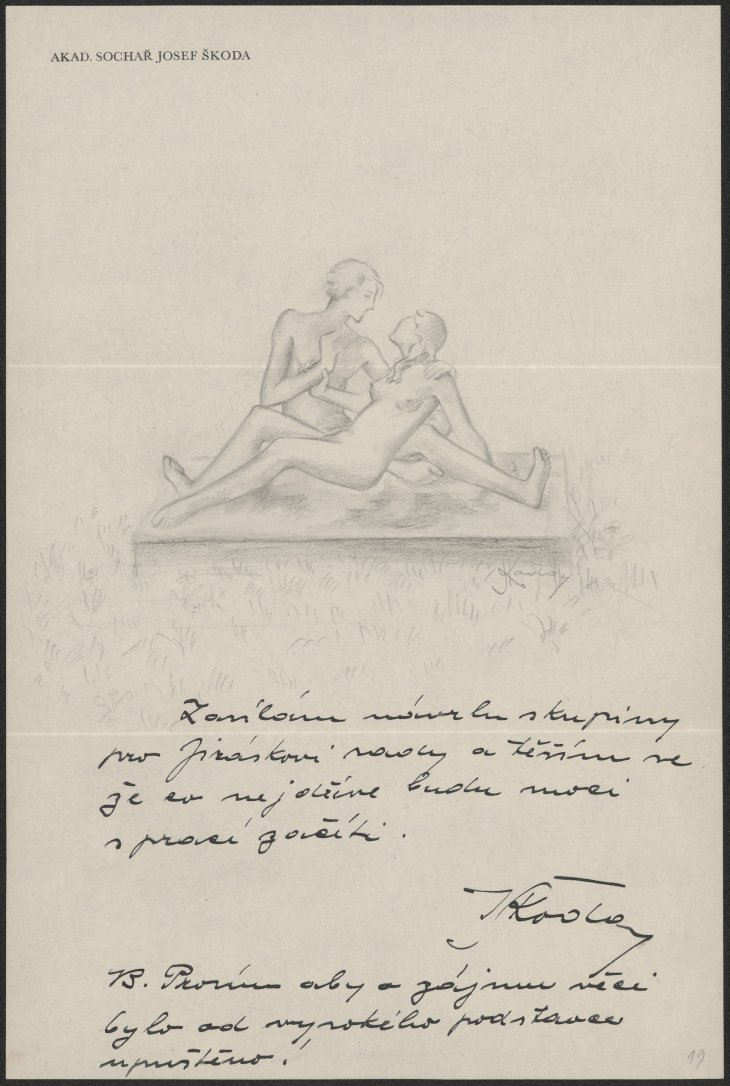