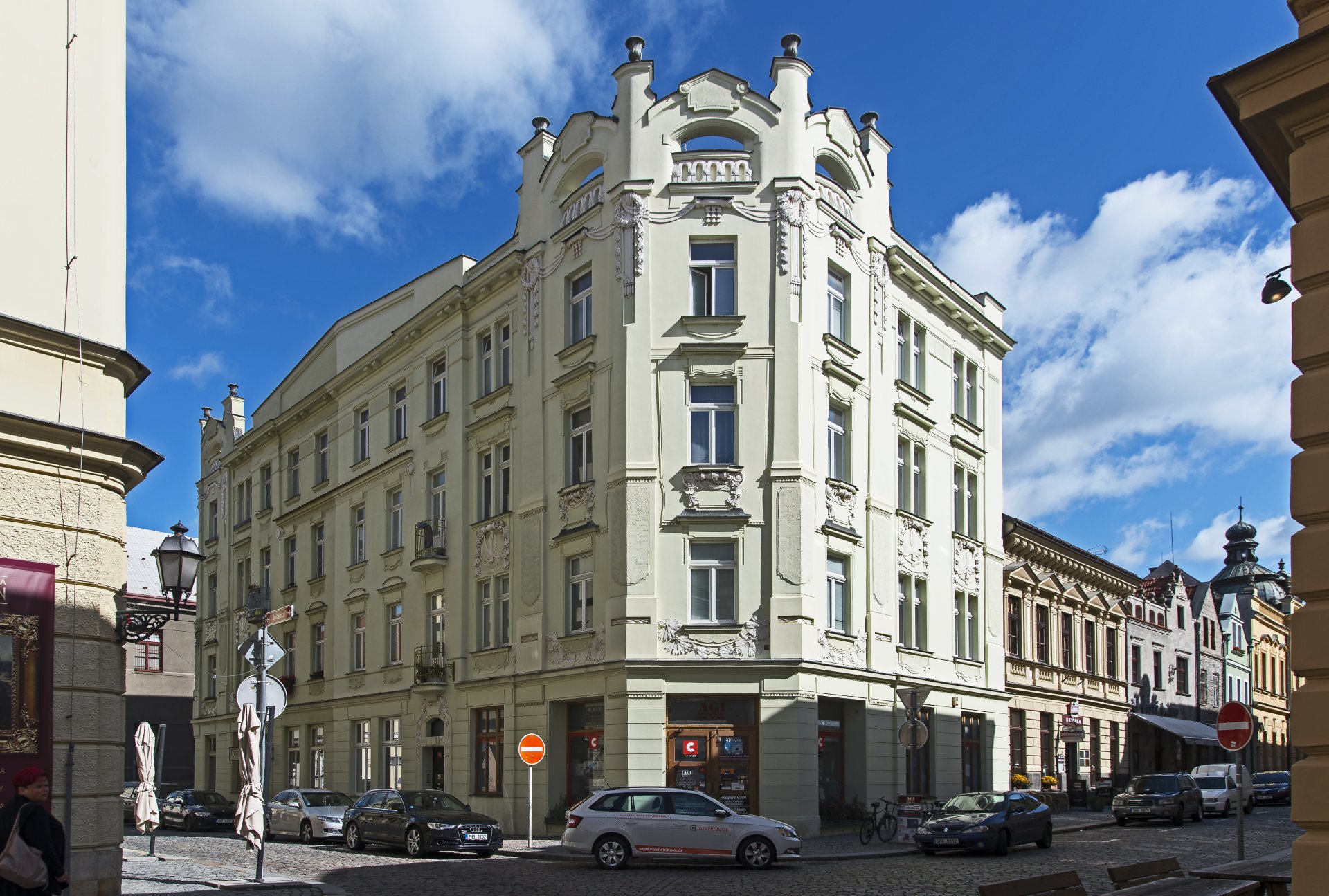 Industrialist Karel Schulz, who was a co-owner of the metalworking factory “Josef Bromovský, Daniel Märky and Karel Schulz” based in Kukleny and inherited the house No. 182, asked architect Rudolf Němec to design two tenement houses with a unified façade. Rudolf Němec became a teacher in 1903 and later, he was the head of the famous vocational school of ironworking in Hradec Králové that closely cooperated with the factory in Kukleny.

Rudolf Němec designed a monumental building facing three streets in the spirit of Art Nouveau. According to the completion certificate of September 18, 1905, the construction started in July 1904 and it was completed on August 23, 1905. Half of the project was built on the foundations of the houses No. 182 and 193 bought by Karel Schulz. Each house was subject to different laws; therefore, part of the new building No. 193 was exempt from domestic tax for eighteen years and part of the building No. 182 only for twelve.

The parts facing Tomkova and Dlouhá Streets have distinctive bevelled corners that is raised above the crown cornice and decorated with segmental arches, balustrades and vases. The corner is divided by pilasters from the first to the third floor, and their footstalls on the first floor have decorative fields. At the end of the pilasters, there are stucco wreaths with tassels and stucco ribbons. The ground floor is bossed; between the ground floor and the first floor, there is a floral frieze. On the upper floors, the stucco decorations are concentrated in cartouche fields under the windows. The central façade in today’s Špitálská Street is framed by a low tympanum. Two axes of the façade go through shallow balconies on the first and second floors.

Both parts of the project are independent and have separate entrances from Špitálská Street. The basement rooms facing the street were connected and vaulted. Common laundry rooms faced the courtyard. On the ground floor facing today’s Špitálská Street, there were two shops with a “scriptorium” and facilities (a storeroom and a toilet). A restaurant was supposed to be in the space facing Tomkova Street – a separate kitchen was designed in its easternmost part. A smaller restaurant was designed in the northern part facing Dlouhá Street, but it apparently was not built because the partition wall between the shop and the kitchen and the word “kitchen” was crossed out in the final building plan. The layouts of the first to third floors were the same. On each floor, there was a two-room flat and a three-room flat; the three-room flats in the house No. 182 were a little more spacious thanks to the asymmetric, larger plot of land. Each flat had a small bathroom and a pantry. The flats were accessible from long halls and had walk-through rooms. In each room, there was a stove using one of the eight stacks (four and four in each of the building).

Although the layout of the flats reflected rather the urban lifestyle of the 19th century – no maid’s room, walk-through rooms and tiny bathrooms, which was a standard of middle-class housing even after 1918 –, the house became an example of modern architecture. Two reproductions of the project were published in the prestigious magazine Der Architect immediately after its completion – a detail of the corner decoration above the cornice and the façade design by Rudolf Němec. It is noteworthy that the magazine presents the building as a two-storey house: Němec removed some of the façade features on the first floor and some on the third floor. The question is whether this was one of the first designs reflecting the original idea of the owner to build a two-storey house, or a modification of the completed project made for the needs of publishing so that the architect could present the façade decorations on a smaller scale, but in greater detail.

Nevertheless, Karl Schulz’s house became one of the projects representing the most modern and prime architecture in the former Austrian-Hungarian Empire – besides Anna Fultnerová’s tenement house designed by Josef Gočár and Ladislav Tvrzský house designed by Rudolf Němec, both published in the previous issue of Der Architect.

Karel Schulz’s tenement house is part of the listed the urban conservation area in Hradec Králové. 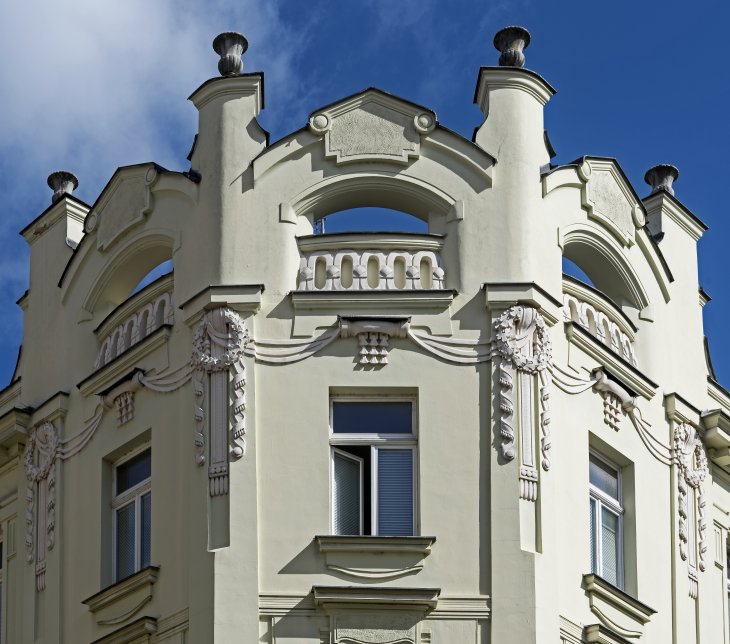 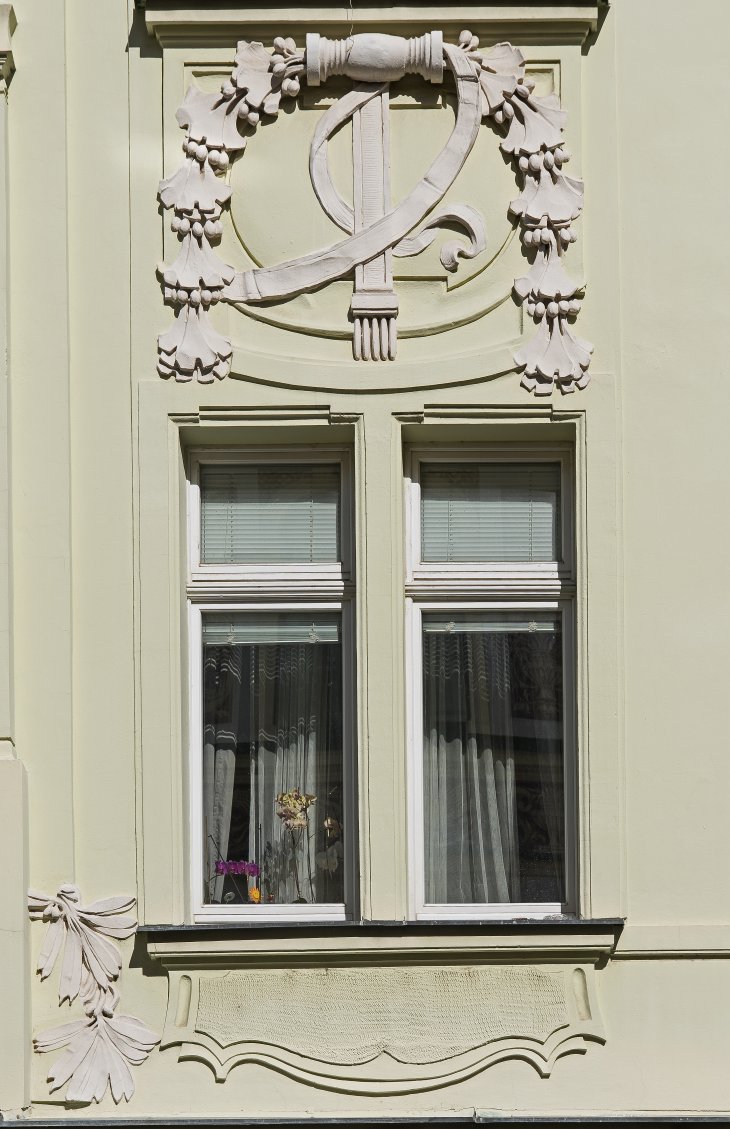 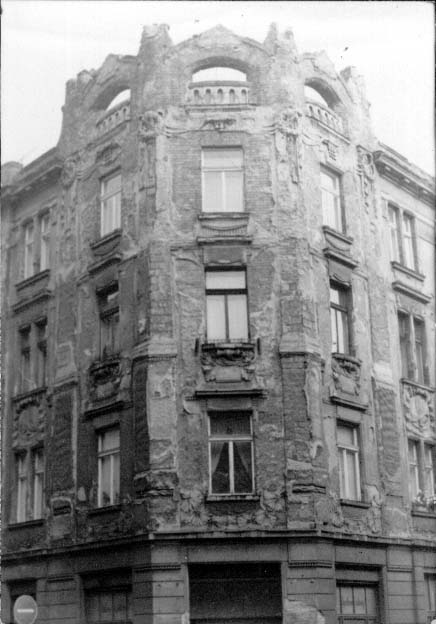 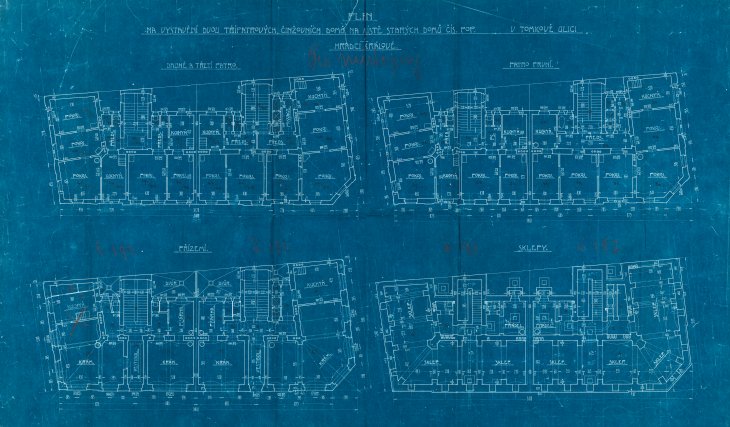