Tenement house with a cinema 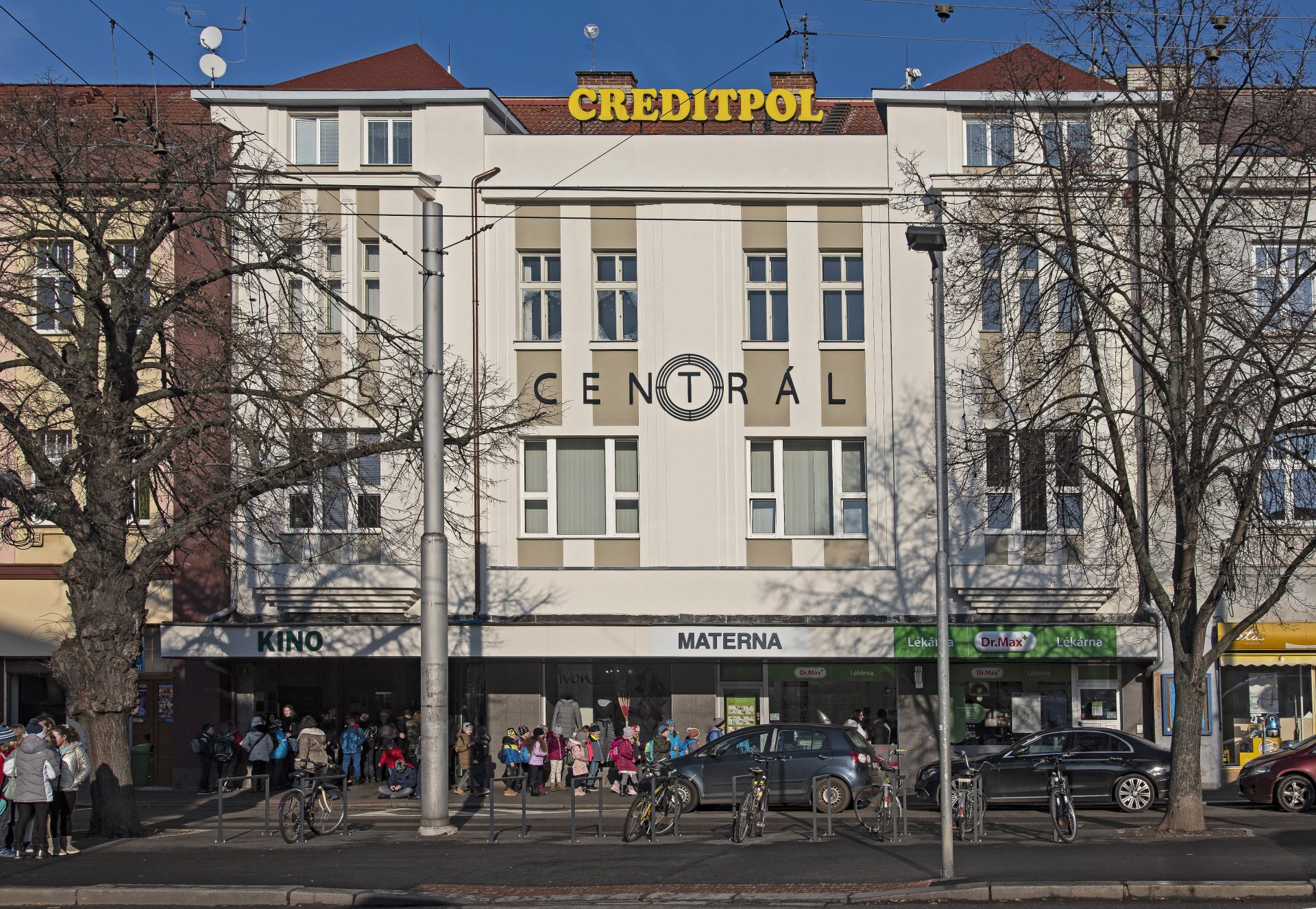 In 1910, Karel Skuherský, a prominent furniture manufacturer in Hradec Králové, had a block of five tenement houses built. Today, it is bounded by Karla IV, Resslova, Průmyslová and Škroupova streets. Skuherský planned to accommodate the factory employees in the block,
to expand the sales and exhibition space for his company’s products, and to shade the city boulevard from the factory production. The five tenement houses (Nos. 467, 468, 469, 470 and 471), designed by local builder Jindřich Labouťka (dated 27 December 1910), were located on the corner of today’s Karla IV and Škroupova Streets – two houses in each street and one on the corner. The building plans were approved on 9 January 1911 and the houses were built in 1911.
Like all the five adjacent buildings, the two-story house No. 468 had a basement. There were six cellar compartments, a laundry, storeroom and boiler room in the basement, a store and storeroom on the ground floor, and a caretaker’s apartment with a room, pantry, and toilet.
On the first and second floors there were two two-room apartments with a kitchen, bathroom, toilet and pantry. In the attic there were two one-room apartments with only a toilet and
no bathroom.
The builder Labouťka designed a uniform façade for all the buildings. However, especially
in the case of the buildings facing Karla IV Street, they were extensively rebuilt during the 20th century. If we want to get an idea of the original façade of the house no. 468 from 1910, the façade of the house in Škroupova Street no. 471 is probably the closest to its appearance. The house had two symmetrical oriels extending over the first and second floors, where there were always three-part compound windows separated by a profiled lesene terminated by
a square field with a crystalline infill under the crown cornice. The two pairs of windows in
the central part of the façade were flanked by shallow stepped lesenes.
In 1929 Karel Skuherský initiated the construction of a cinema in the courtyard of house
no. 468, which was a detached building entered by a passage through the courtyard.
The plans signed by the builder František Komárek from Svobodné Dvory are dated June 1929. On 18 July 1929 Karel Skuherský asked for permission for a sewer connection to
the new cinema building.
The cinema took the form of a longitudinal building with a rounded entrance and end.
As indicated by Komárek’s design of the front façade and contemporary photographs,
the building had a segmented façade consisting of vertical receding strips of alternating plastered and exposed masonry (Komárek’s family had a prosperous brickyard). There were two balconies with tubular railings along the sides of the entrance on the first floor, which were accessible from the gallery. The cinema had a semicircular foyer, which consisted of
a dressing room in the plan of a circle separated by massive, rounded columns, and in
the very center, there was a semicircular screening room. To the left of the entrance, the foyer was followed by a cafeteria and to the right, there was a separately accessible smoking room.
A café was set up on the first floor of No. 468, and the three-part grouped windows in the oriels and the pair of windows in the central part of the façade were connected in a large shop window, through which the café visitors could observe the busy shopping boulevard and Baťkovo náměstí Square. The furnishings and wooden paneling of the café were, of course, made in Skuherský’s factory. A restaurant with a buffet on the ground floor of the house
No. 469 was connected to the commercial ground floor of the house and a “showroom” with
a Skuherský’s furniture shop was located on the corner of Karla IV and Škroupova streets. Although Karel Skuherský was considered an example of a successful self-made man, entrepreneur and aggrandizer of public life in Úspěch: Magazín snaživých magazine, his success and the block of houses he controlled with a factory, apartments, cinema, restaurants and shops ended in May 1945, when he was sentenced as a member of the pro-occupation organization Vlajka for collaboration with the Nazi regime.
At the turn of the 1960s and 1970s, a cinema lobby was built in the courtyard, connecting
the cinema with the passageway of the house no. 468, and the probably largest mosaic called Sputnik was installed there.
LZL
Monument Preservation

The tenement house with a cinema No. 468 is part of the protected urban conservation area in Hradec Králové 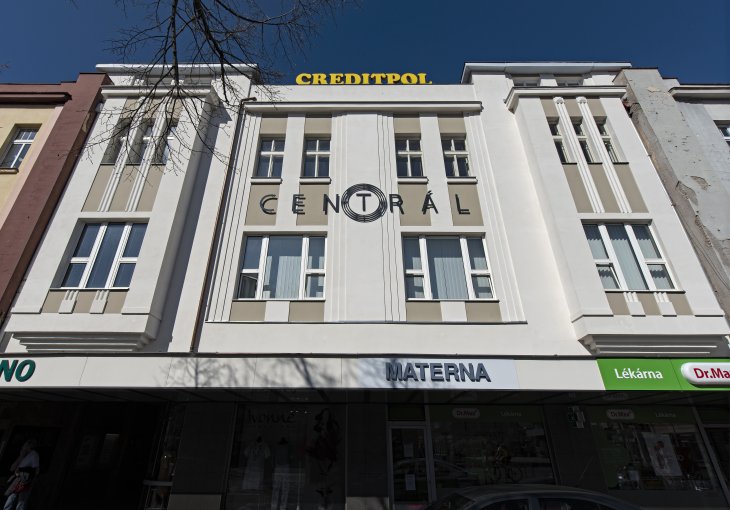 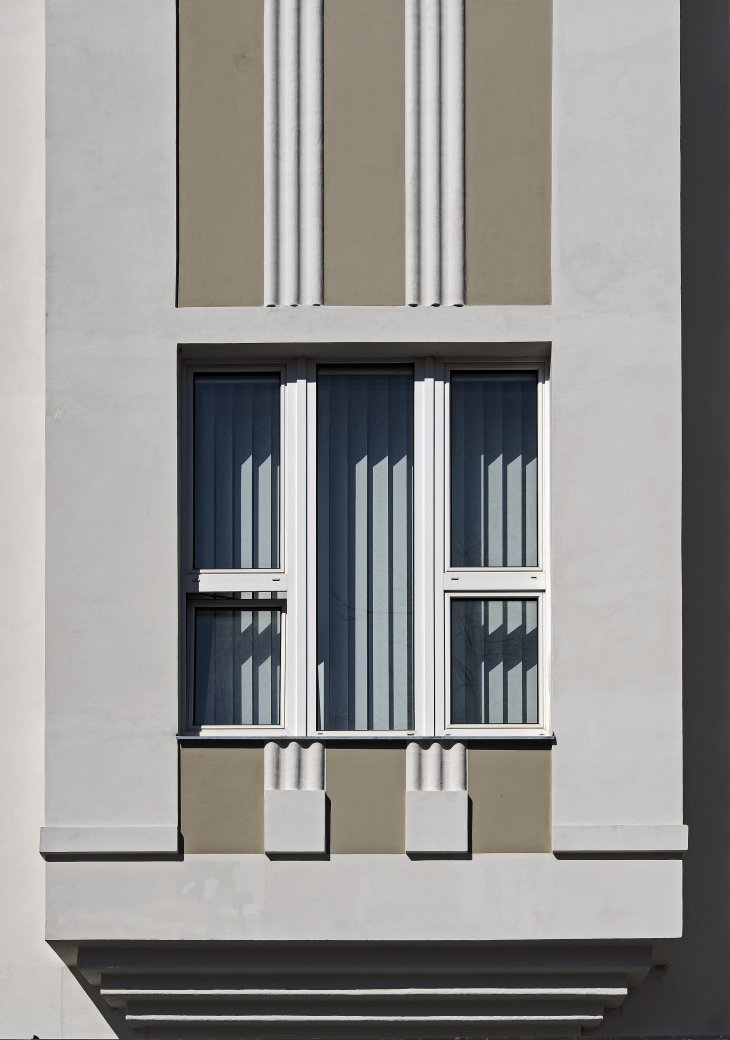 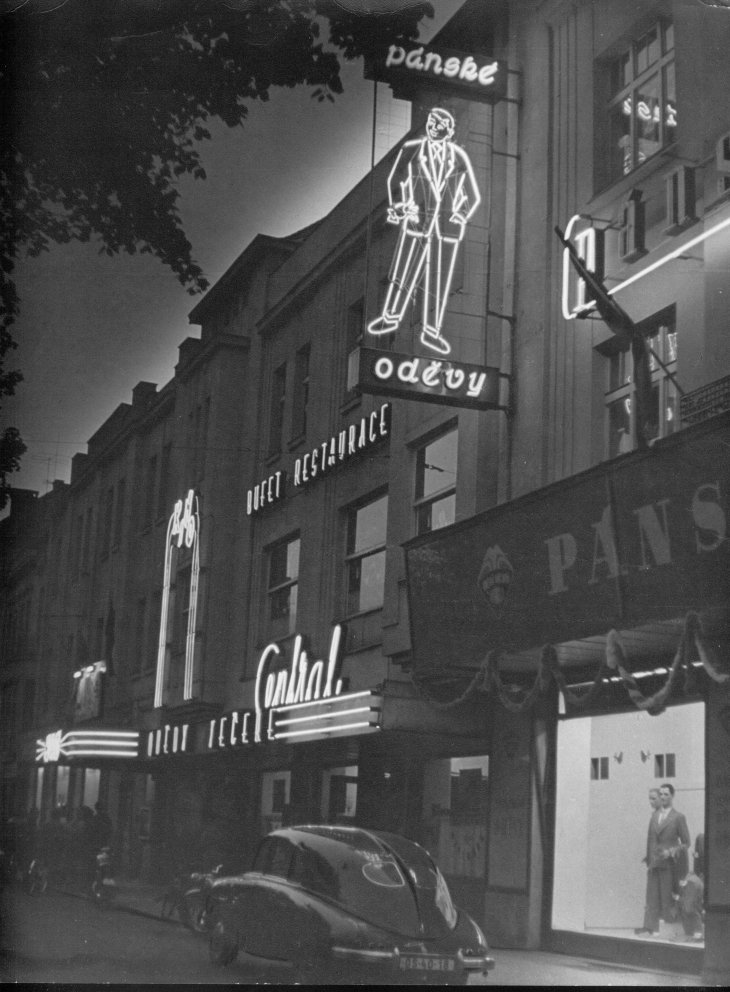 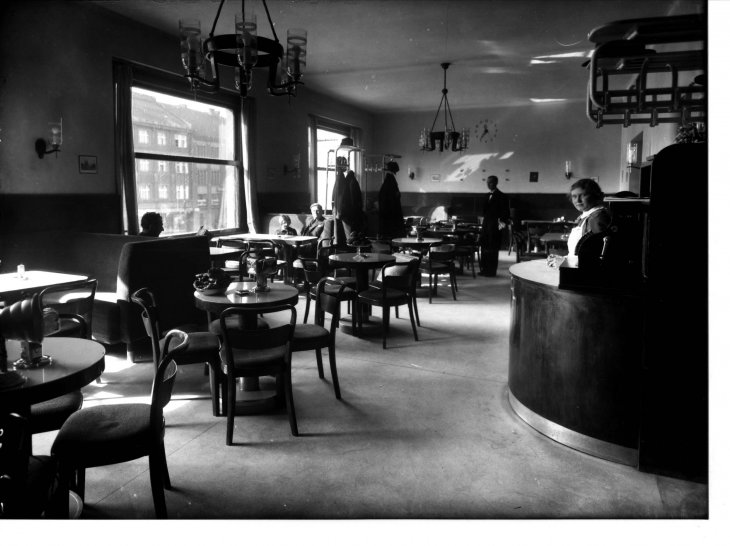 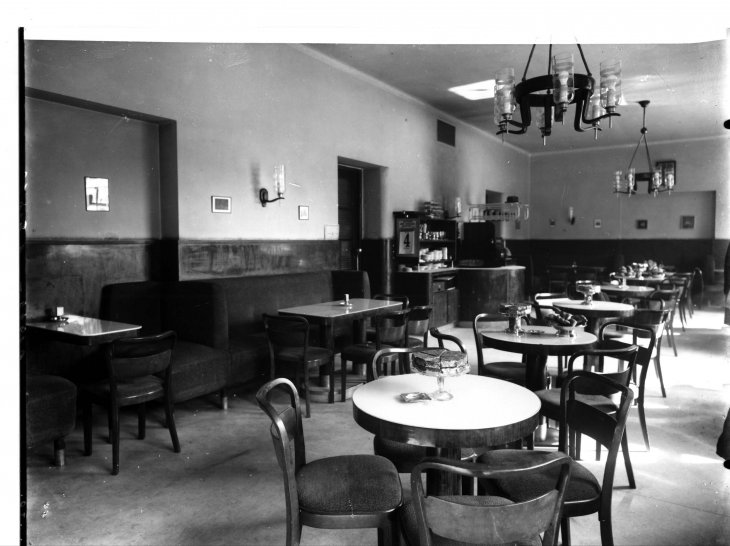