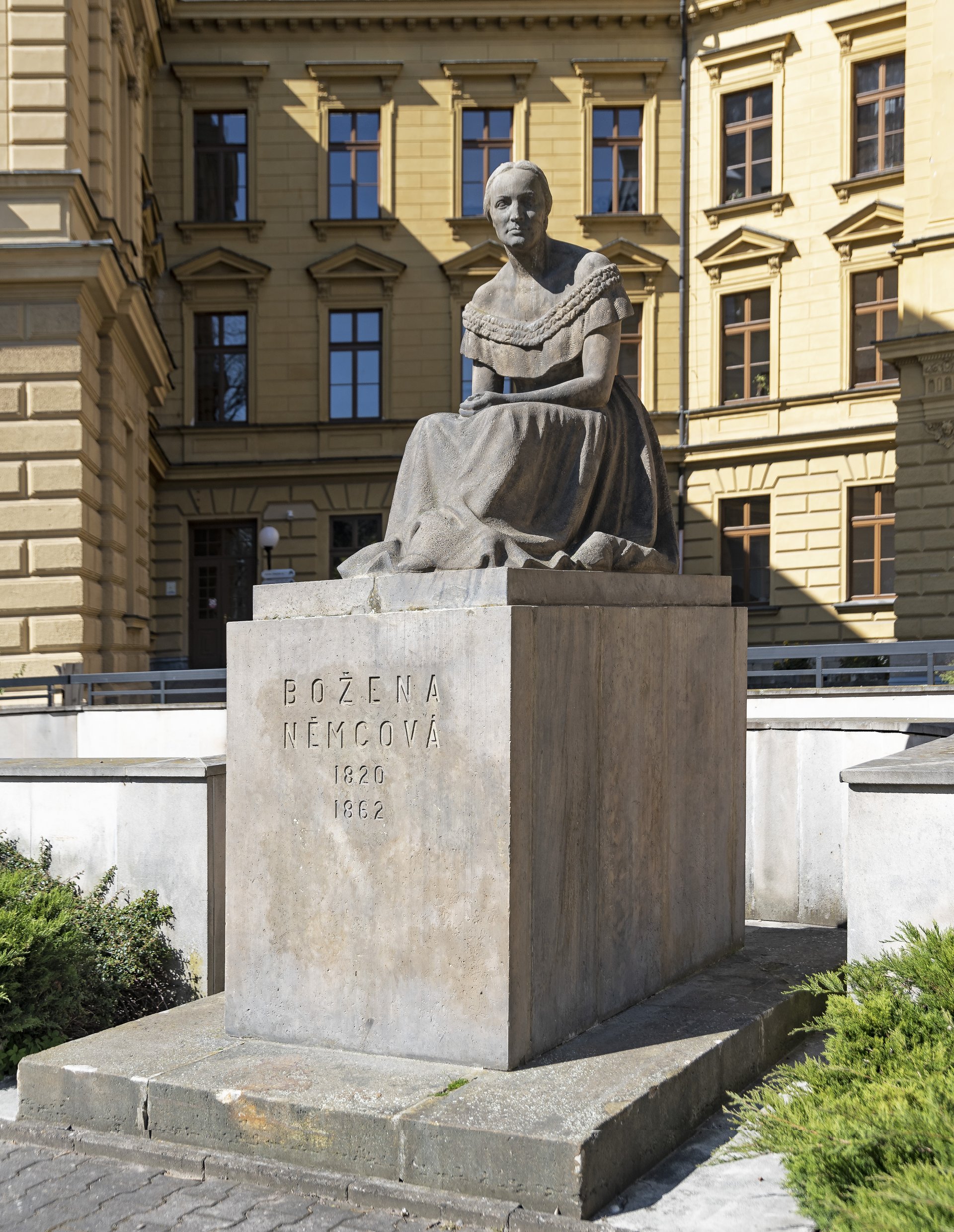 The famous Czech writer Božena Němcová (1820–1862) has inspired many artists to this day. Painters and sculptors often depict her as a beautiful young woman. In 1940, the Society of Božena Němcová announced a public competition for a monument in Prague to mark
the 120th anniversary of the writer’s birth. The jury consisted of Anna Marie Tilschová,
the chairwoman of the society, a representative of the City Hall of the capital of Prague,
the members of the art department Antonín Matějček, Břetislav Benda and Zdeněk Wirth, sculptors Bohumil Kafka and Ladislav Šaloun, painter Max Švabinský, and architect Josef Gočár. However, none of the designs succeeded. Therefore, the competition was held again in 1941, but again, none of the three designs was accepted. The Society of Božena Němcová therefore announced the last competition in 1948, which was won by sculptor Karel Pokorný and architect Jaroslav Fragner. The bronze monument was placed on the lawn opposite the Žofín building on Slovanský Island in Prague in 1950.
One of the unsuccessful participants in the competition was the sculptor Josef Václav Škoda (1901–1949), who designed a monument for the city of Hradec Králové, including the base, which consists of graduated prisms of Božanov sandstone, in front of which is carved
the inscription “Božena Němcová 1820–1862”. The location of the sculpture was originally intended to be on Masarykovo náměstí Square, which was renamed Boženy Němcové Square during the Protectorate of Bohemia and Moravia. Originally, there was a monument of T. G. Masaryk by Otto Gutfreund, which was removed by the Nazi administration. Josef V. Škoda based his work on a well-known photographic portrait of Božena Němcová with a fine veil. The arched forehead bears some resemblance to Škoda’s own wife Olga, who was his model. The sculptor dressed Němcová in a bold dress, but her face is masculinely robust and seems determined rather than melancholic. Škoda’s monument reflects the vagueness of
the type of adored woman. Such a woman among men in white ties and tails, gods, generals, kings, emperors or victors of wars, in her physically beautiful nakedness, is the first attempt to elevate women to a pedestal that used to be exclusively for men.
It is possible that the Nazis wanted to use the national female writer to cover the memory of the first Czechoslovak president. The monument made of the Božanov stone was already finished at the end of 1941. It was to be installed and unveiled the same year, but the events of the war did not allow it. Even after the end of the war, the sculpture of President T. G. Masaryk did not make it to its original place. It soon disappeared again, but the author did not live to see the monument to Božena Němcová (1950) reinstated. Josef Václav Škoda died in 1949. The statue was unveiled on the occasion of the 130th anniversary of the birth of Božena Němcová, and in January and February the event was featured on the front pages of the local newspaper, usually devoted to Stalin, military machines or the celebration of harvest festivals. “On Saturday, 4 February this year, it is 130 years since Božena Němcová was born. Certainly a significant anniversary that will be remembered in Prague and in the many, many places where Němcová lived. (...) However, there is only one best way to reinstate a monument in the city of Hradec Králové – the most beautiful monument to our writer – and it will happen this month on 24 February 1950 (...).” Thus, Božena Němcová’s monument was erected after nine years.
The monument was cleaned in 2015 during the reconstruction of the Božena Němcová Grammar School, in front of which it is located.
JFB
Monument Preservation

The statue of Božena Němcová is part of the protected urban conservation area in Hradec Králové. 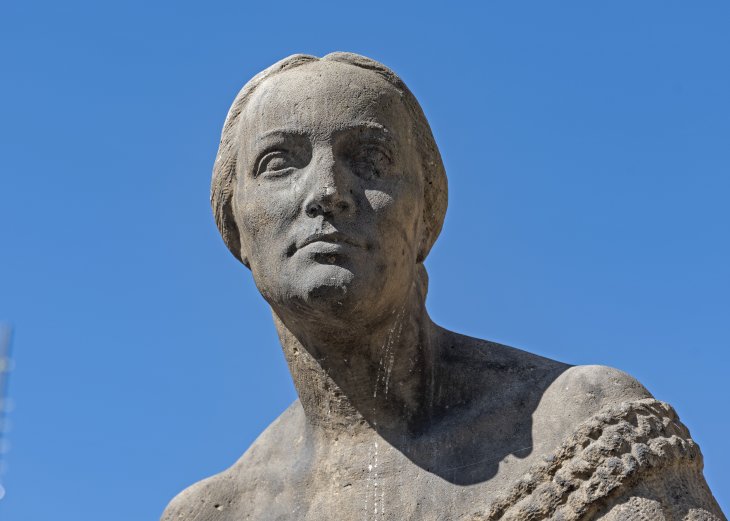 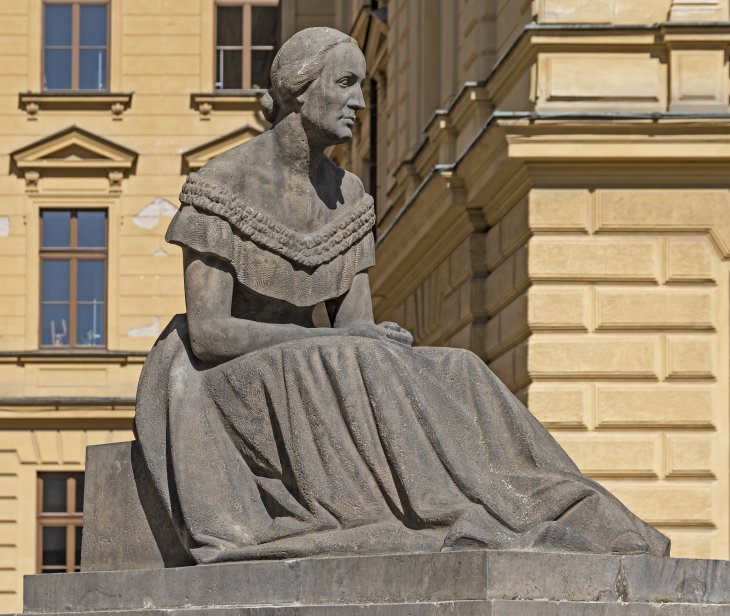 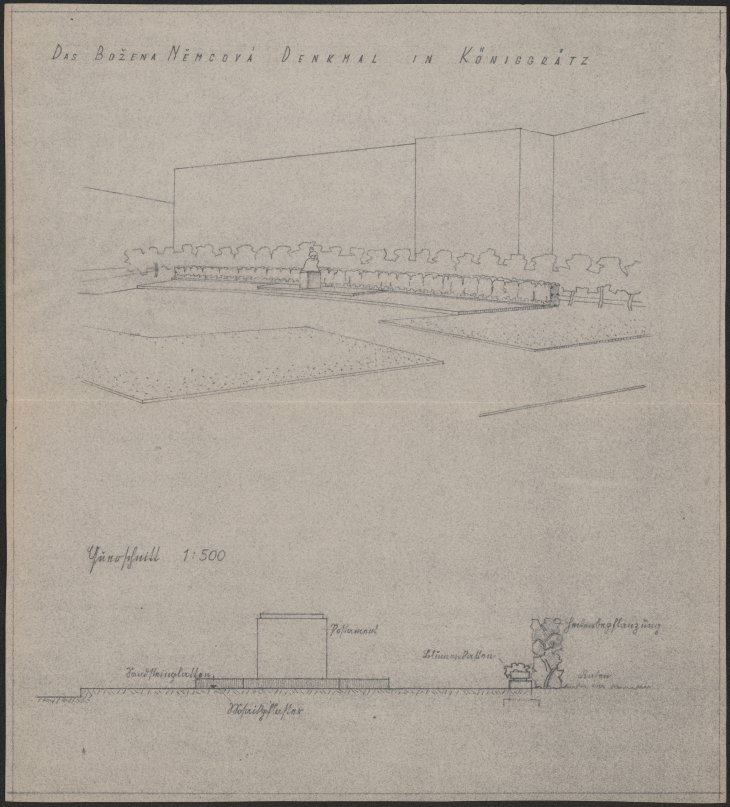 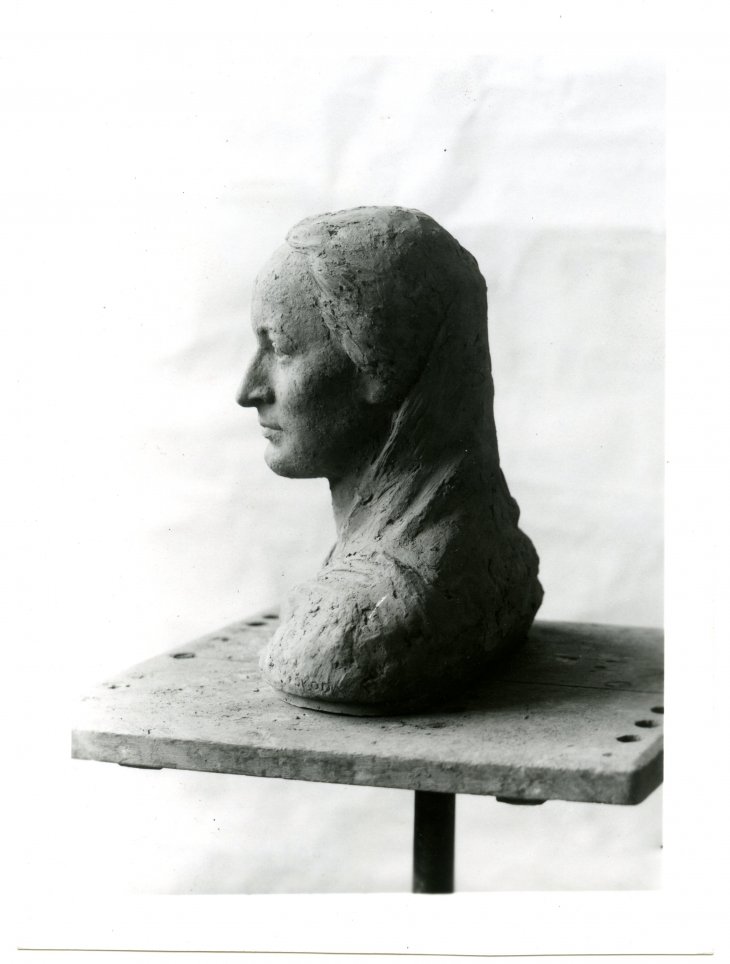 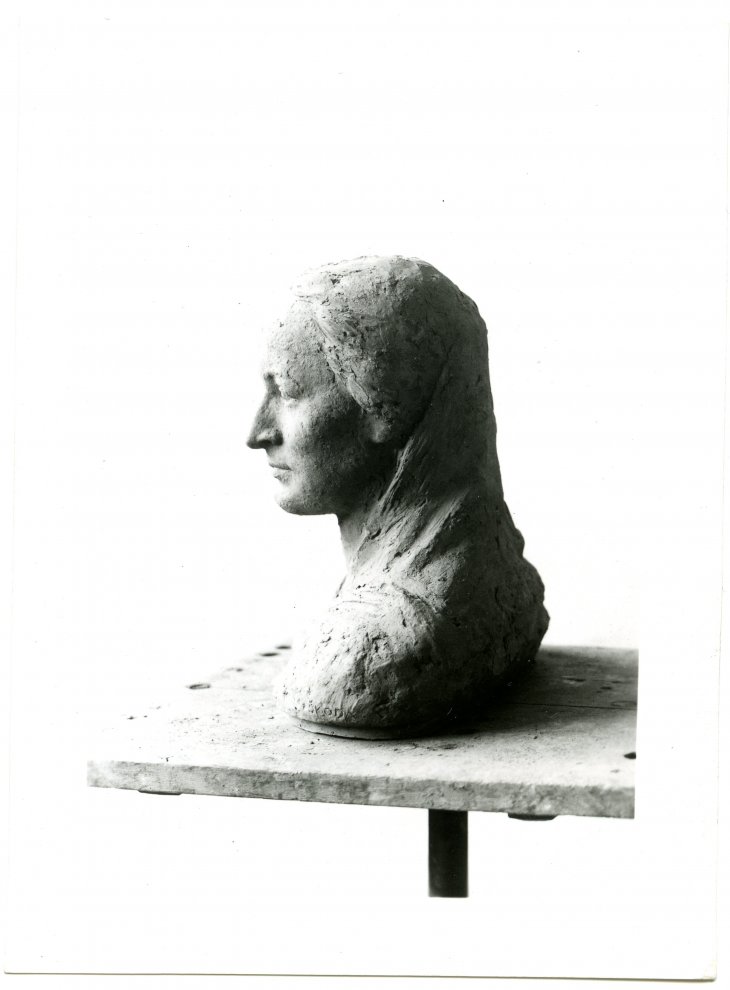 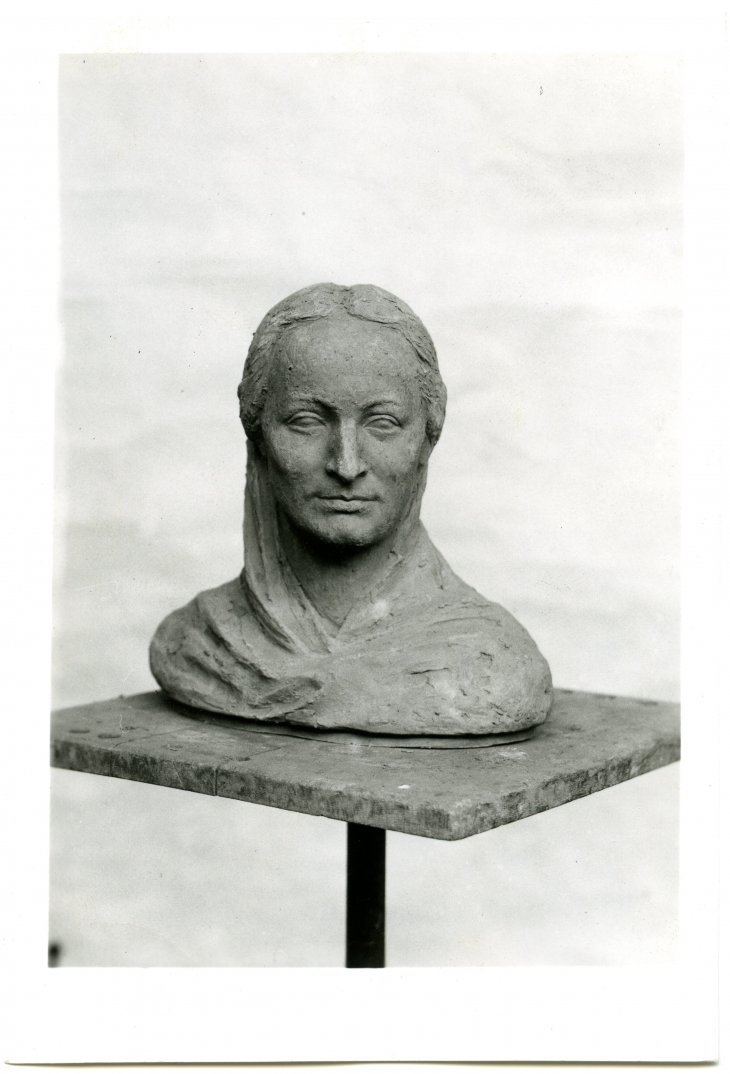 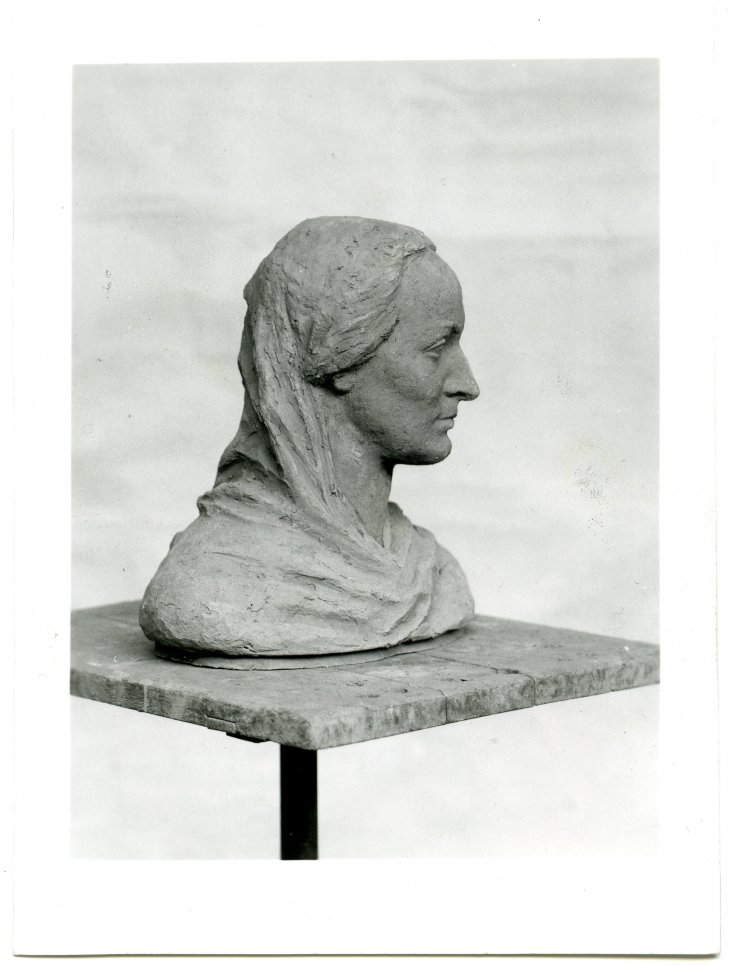 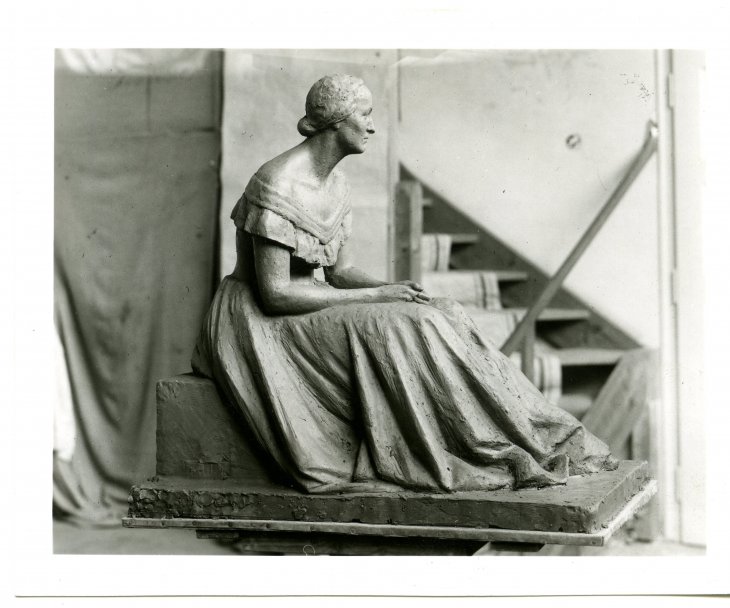 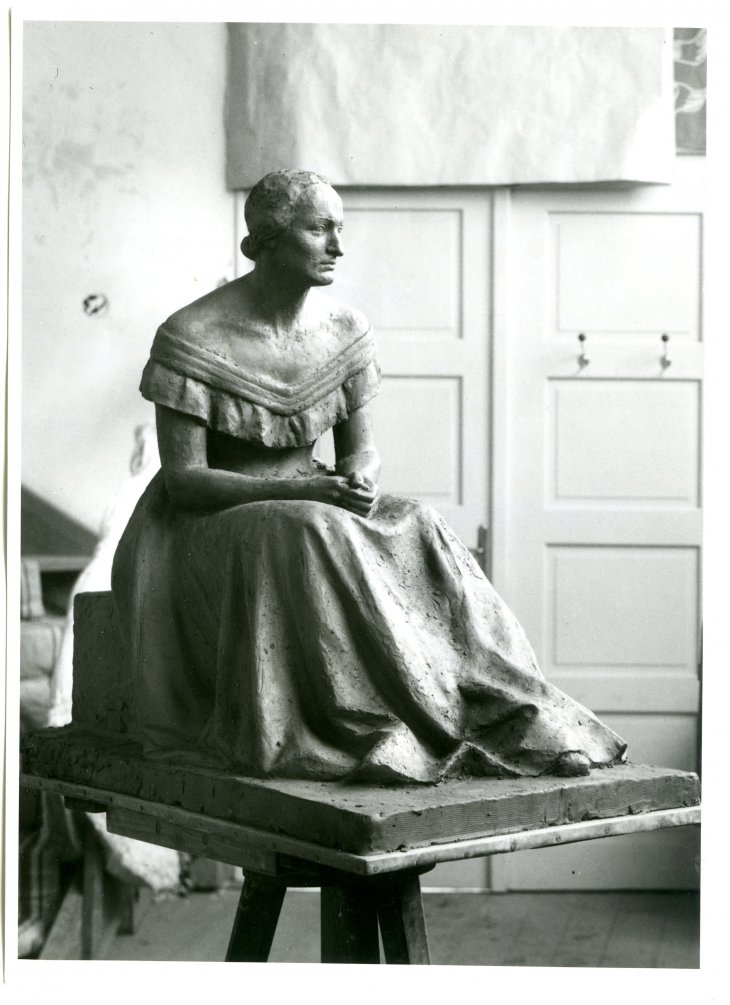 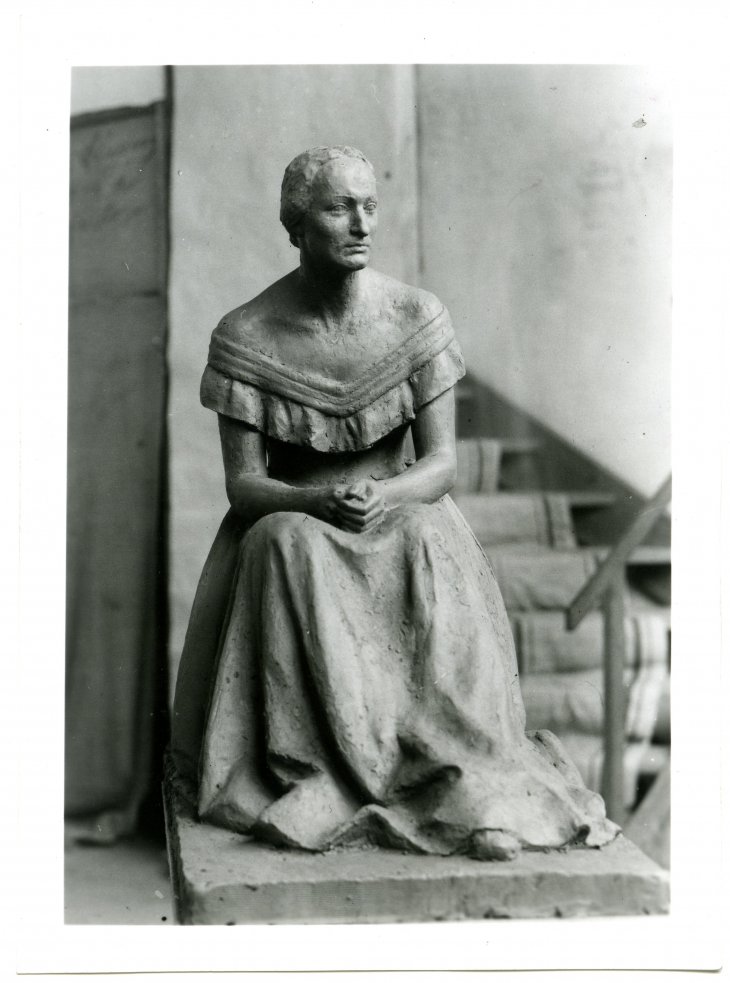 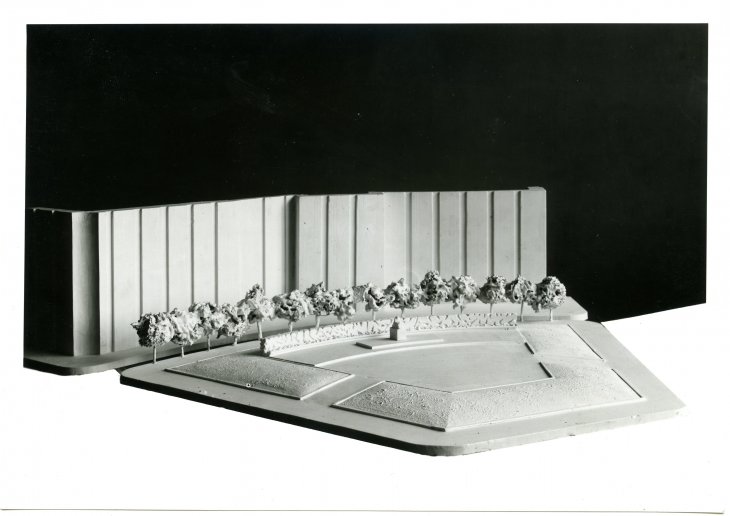 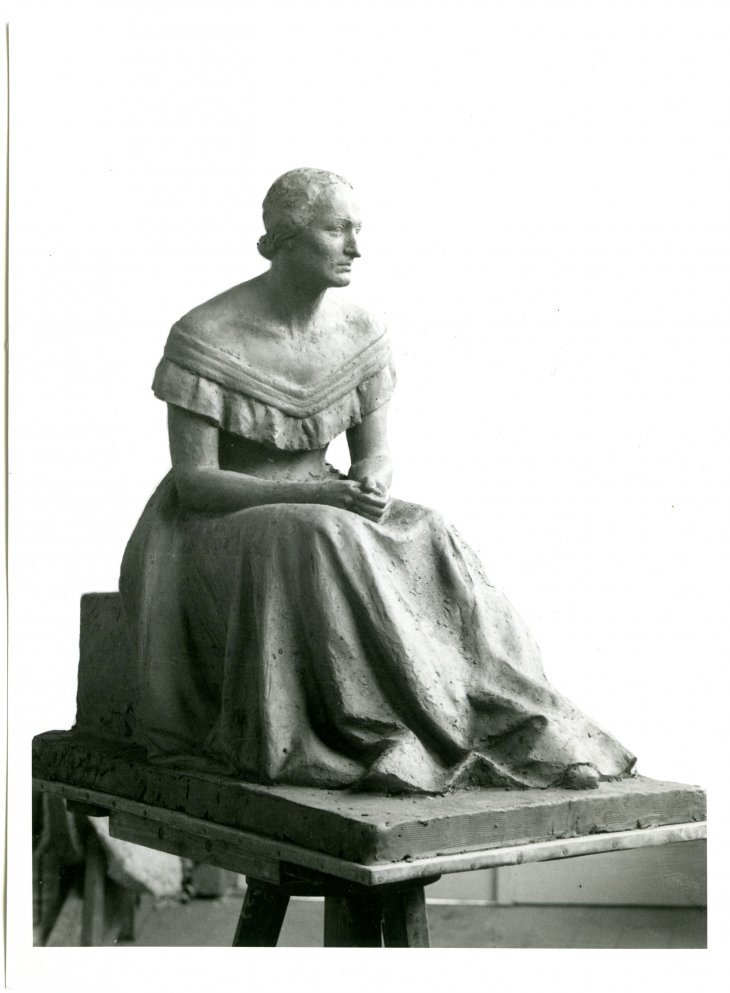 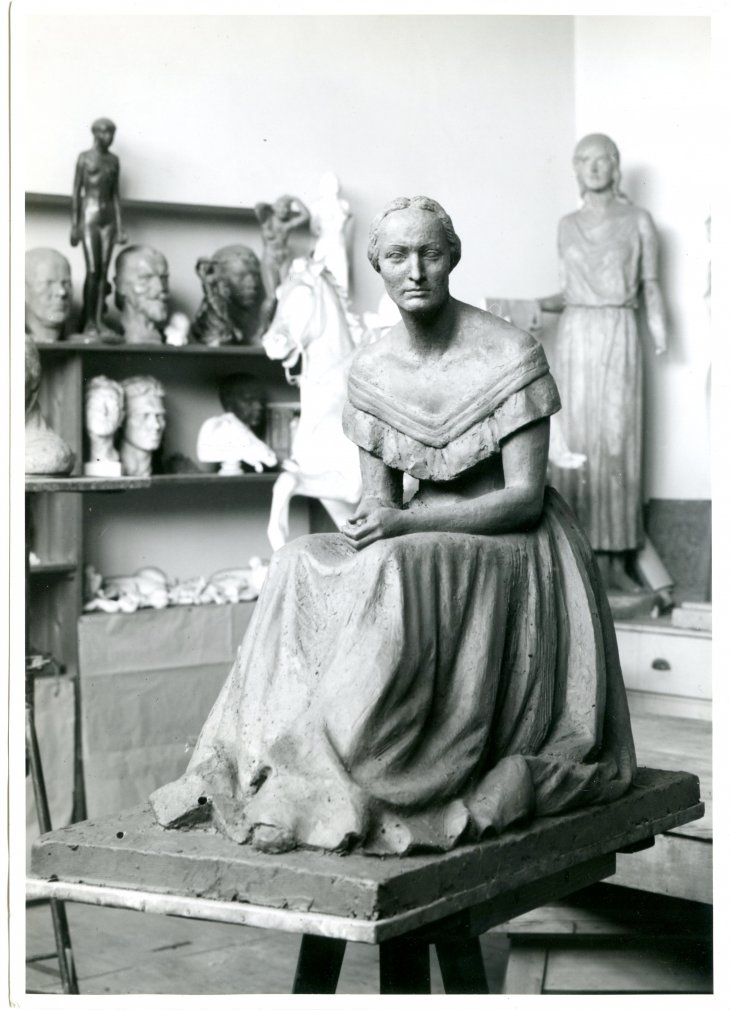 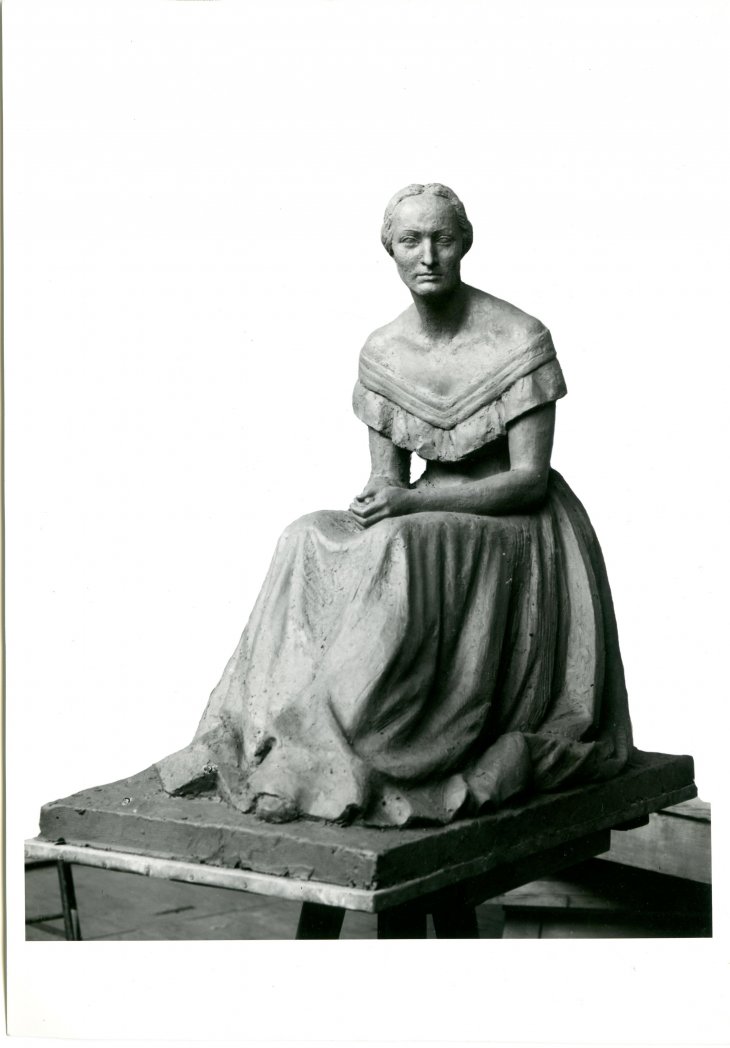 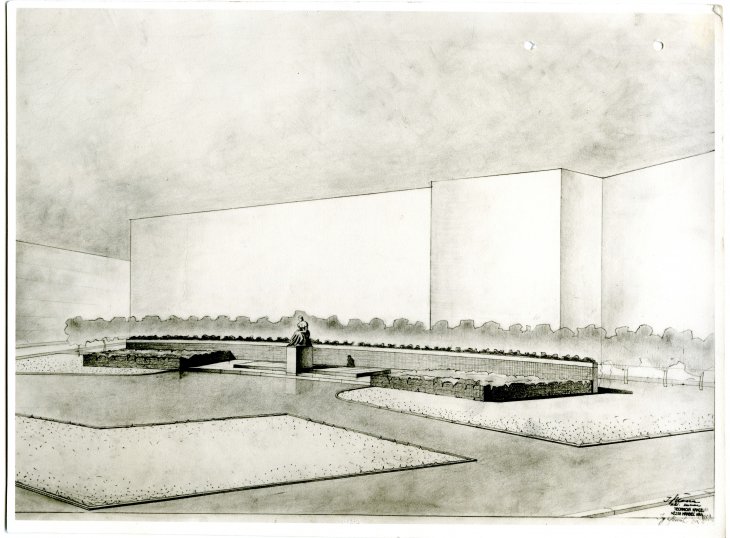