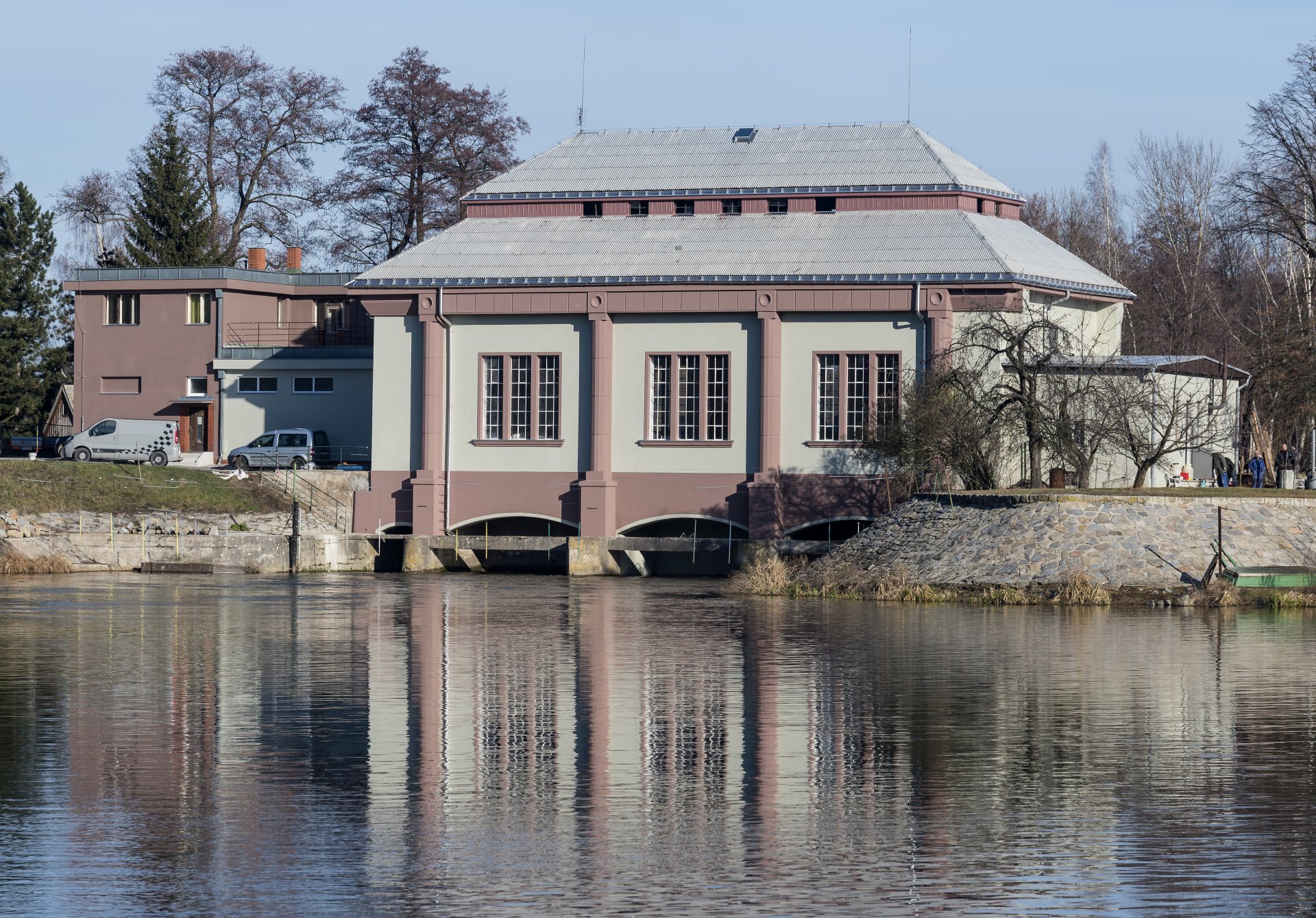 In the second half of the 19th century, the pressure on water regulation of the Elbe River and its main left tributary in eastern Bohemia, the Orlice River, was increasing. At the turn of the 19th and 20th centuries, the Provincial Committee commissioned a project to regulate the river. Due to the financial and time demands of the project, which included more than 1,000 sections of the river bed, the regulation was divided into seven stages. They took place several years – from 1907, when the first stage of the regulation of 400m stretch was launched, to 1939, when the final seventh stage was finished.

The name of the weir, Na Mlejnku (On the Little Mill), was inspired by the mill which used to stand on the right river bank and which was later extended to include a sawmill. It used to be called Čertovina (Devilement), Boura (Shed), or just Mlejnek (Little Mill). The original wooden weir served for raising the water in the river bed for the mill.

The adjustment of the weir took into account the construction of a municipal power plant. The power plant, however, was not built until the fourth stage, after the dispute with the weir owner was resolved in 1920. It was the third hydroelectric power plant in Hradec Králové and it had two Kaplan turbines and one Francis turbine.

The power plant construction spans the space between the river bank and the artificial island in the river. The three turbines influenced the shape of the power plant façade. Under the object, there are visible three channels, one for each turbine. The channels are separated with the foundation structure that carries the vaults supporting the entire structure. On the longer sides of the façade, there are three large window openings, further divided into three window frames. Each frame is narrow and tall. The façade is divided by four pilasters carrying the beam. The building is covered with a two-level hipped roof. The first roof level is cut in its half and extended for about 1m. Above this extension, there is the hipped roof at the same angle as the first level. The construction carrying the upper part of the roof includes skylights. On both the long sides, there are six of them. On the short sides, there are only two skylights. The new power plant was built in the northern part of the complex and connected to the original building.

No means of protection have been registered. 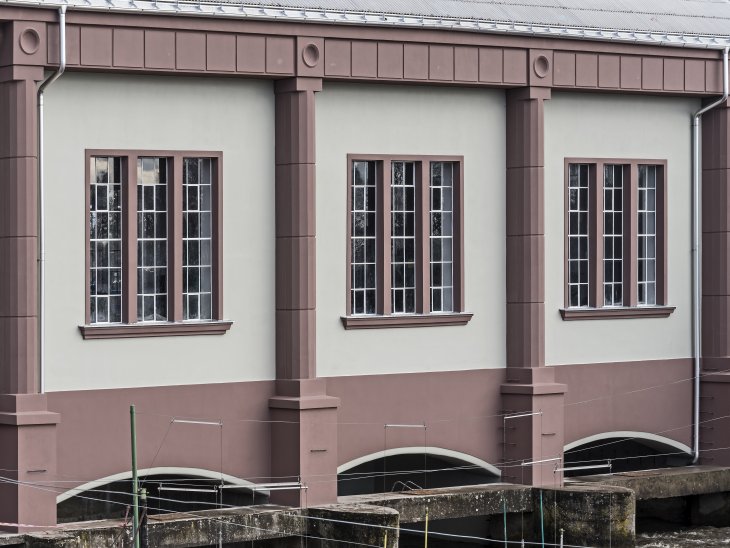 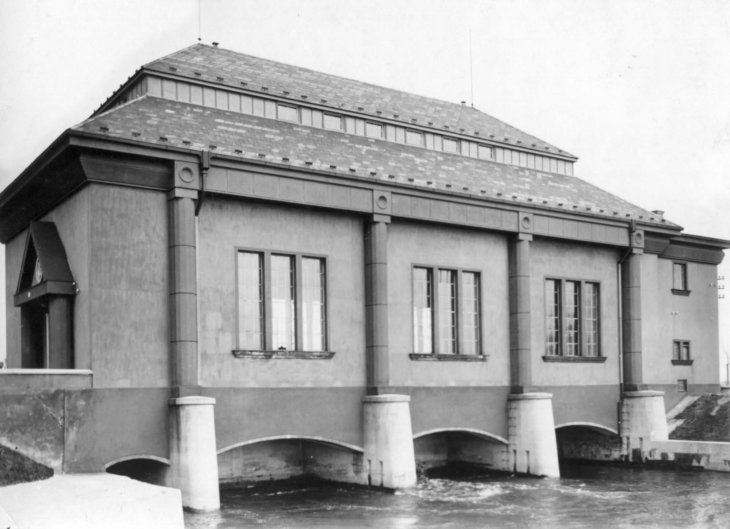 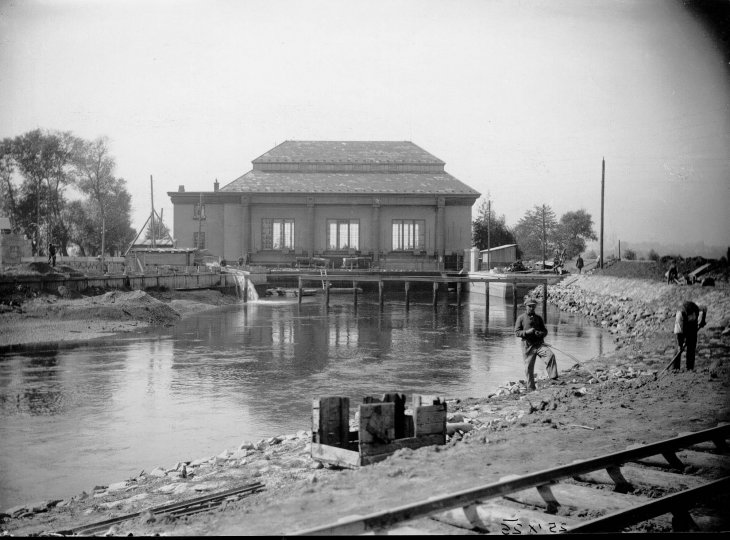