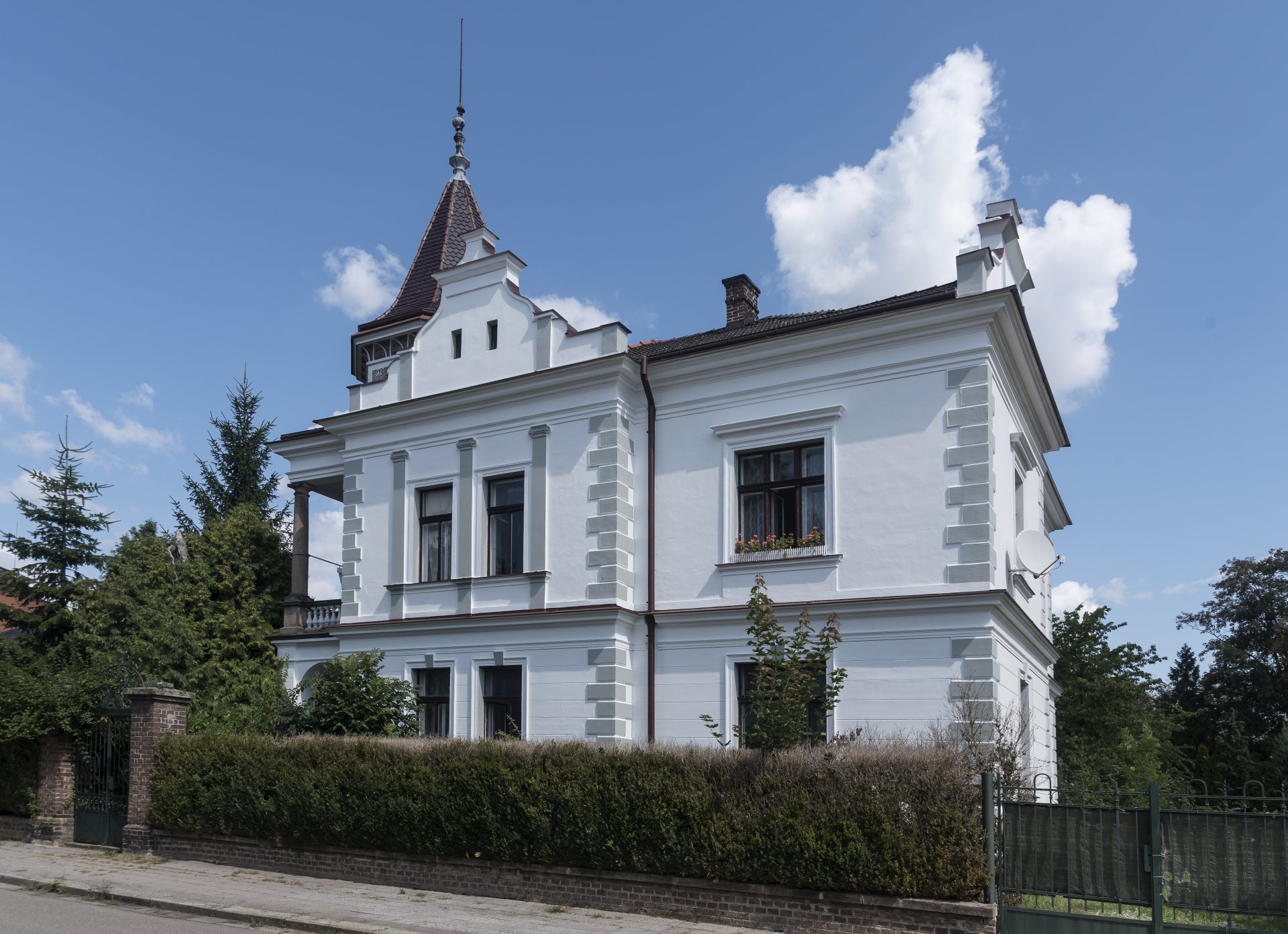 The area at Orlické nábřeží Embankment in Hradec Králové was one of the first boroughs intended for building new villas. Several plots of land, created after the demolition of the town walls, were bought by architect Václav Rejchl. Morušovka Villa is one of the three oldest villas built in this area. Its Czech name “Morušovka” (Mulberry), formerly used for the alleys of mulberry trees, was used since the beginning of construction, and it also refers to the inscription on the entrance gate to the plot made by artistic locksmith Jan Rabas.

The villa was built for Josef Bečička, a bank clerk from the city savings bank, who chose architect Václav Rejchl as his contractor. In March 1902, Bečička applied for the building permit for the villa, and in April of the same year, the construction started. Václav Rejchl gradually built three villas on Orlické nábřeží Embankment. One of them was Wipler’s villa, located on the adjacent corner plot (no. 376).
Morušovka Villa was built almost according to the original plans and its design was inspired by the sixteenth-century “Czech Renaissance”. The building is dominated by an octagonal tower decorated with graffiti and a cornice with lunettes. The street façade features an avant-corps with pilasters ending with a Renaissance stepped gable, which can be found also on the side façade. Other architectural elements include rusticwork on the corners, and the ground floor façade features continuous strip boss. Above the entrance façade, there is a balcony, which was built later and decorated with ancient columns and a balustrade.
According to the project, the villa has two floors with a basement and an attic. The layout of the first and second floors was identical. It included a flat with three rooms, a kitchen, a bathroom, a toilet, and a pantry. The second floor includes a balcony above the ground floor entrance; the tower is accessed by an internal Art Noveau metal staircase. Later, the layout of the ground floor was changed and structurally separate units were created. The façade plaster was renovated to its original state.
An interesting fact is that in 1912, the villa became the native house of Yugoslav writer Jara Ribnikar. She later wrote a book, Dítě z Hradce: memoárová próza (A Child from Hradec: Prose Memoir), about her childhood in Hradec Králové. The villa still has its original form.
MN
Monument Preservation

Morušovka Villa is part part of the protected site of the city conservation area in Hradec Králové. 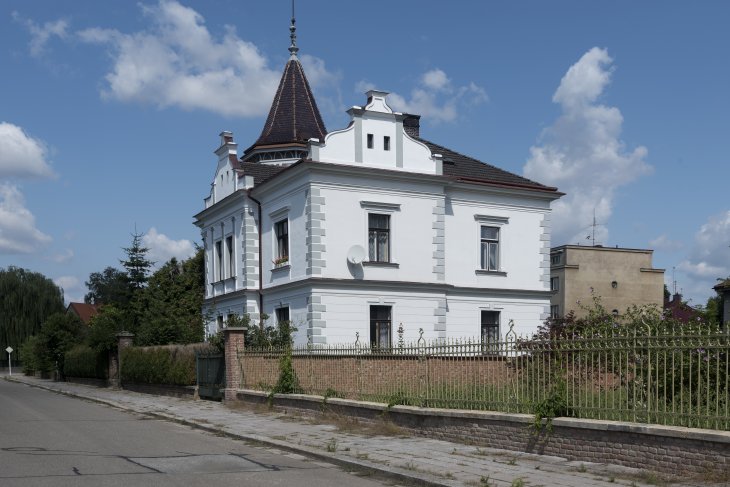 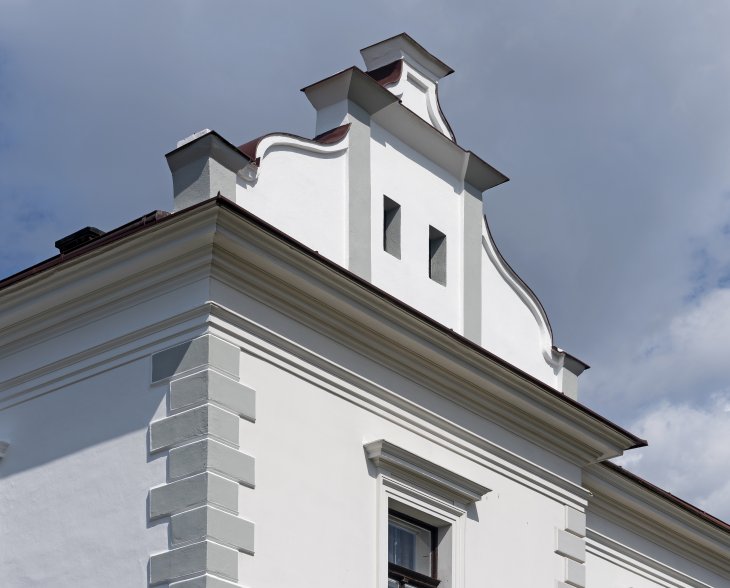 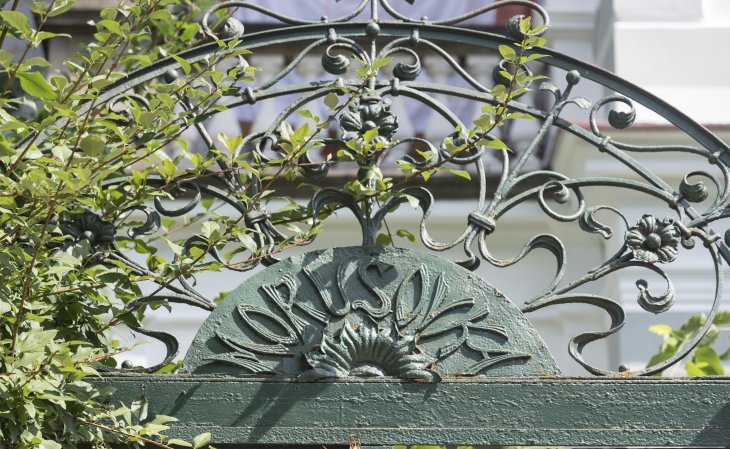 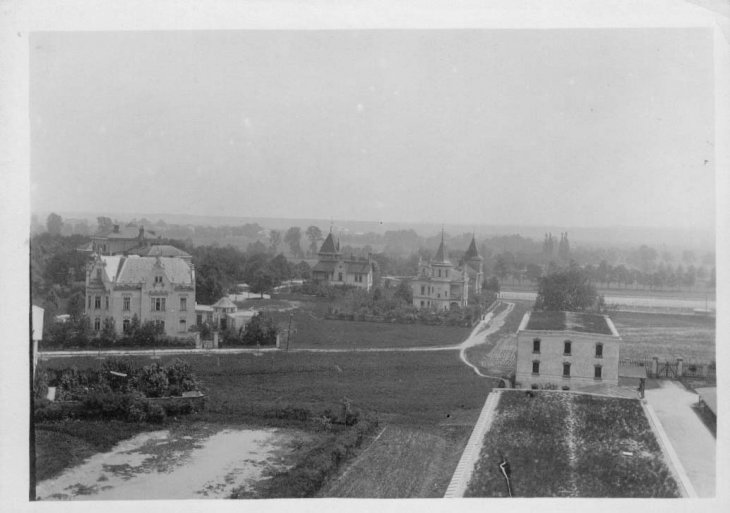