Power Plant on the Orlice River 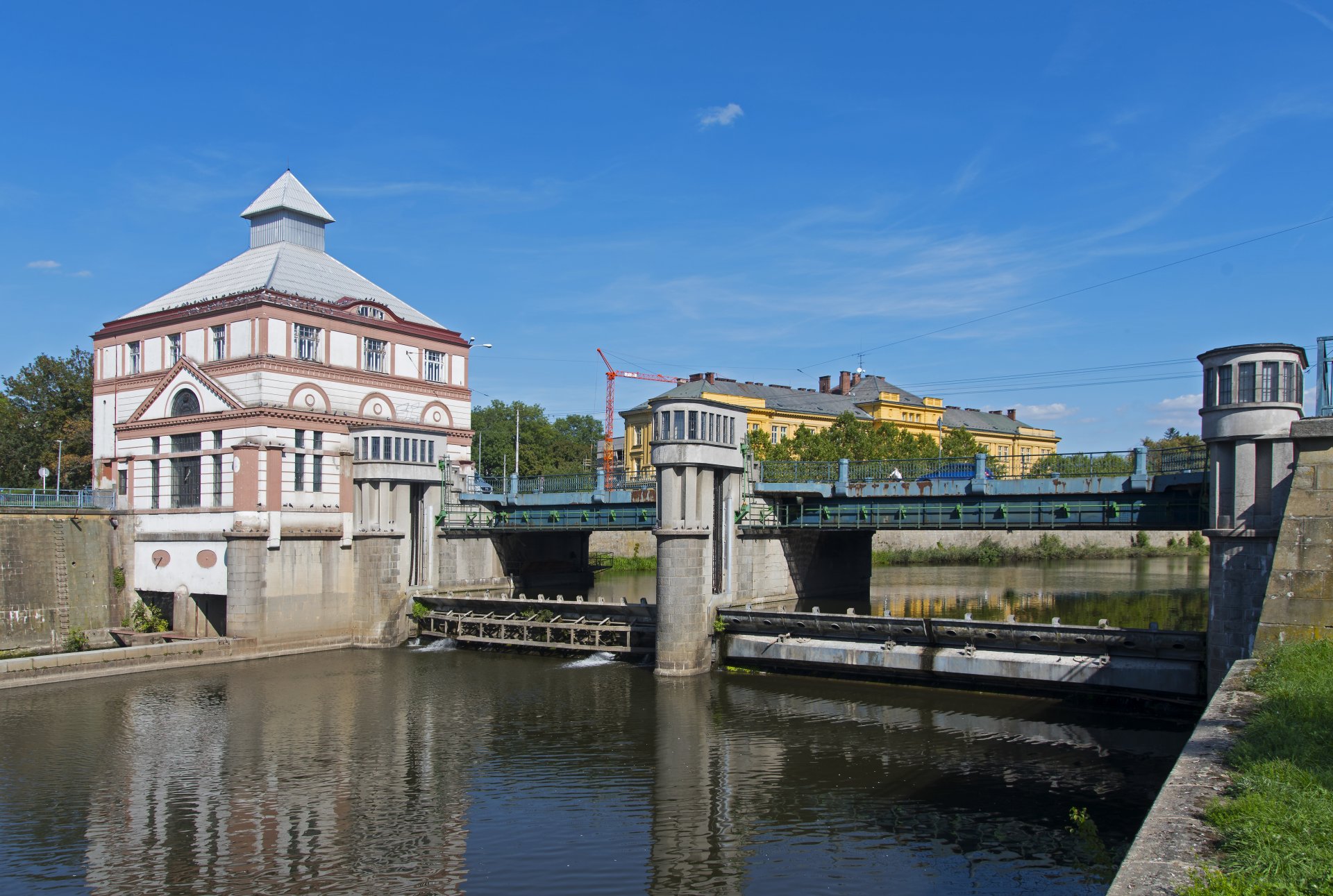 In the early 20th century, electricity was increasingly becoming part of everyday life. The fact that Hradec Králové is situated at the confluence of the Elbe and Orlice Rivers inspired the city to use the waterways to produce electricity. Between 1909 and 1912, the weir and Hučák power plant on the Elbe River were built. The power plant was to meet the ever-increasing consumption of electricity for households and the city lighting. The city leaders also planned to introduce trams, but the power plant was not enough for this project. It was therefore necessary to build another one.

The new power station was to be constructed just a little farther on the Orlice River, only four hundred meters before its confluence with the Elbe River. The weir was built between 1912 and 1915, the so-called Moravian Bridge over the weir between 1913 and 1914, and the plant was completed in 1917. Like the Hučák power plant, the new power station was designed by Karel Novák and František Sander. Both the projects have a lot of similar elements, although the power station on the Orlice River is not so generously decorated. The buildings have a purely technical purpose, but their design included neoclassical and Art Nouveau features combined with the features of new modernity, which had already rooted in the city by that time. The new power station is a simple cube with a raised roof and a metal tower and the architect did not use facing masonry or design any dominant feature like he did for the Hučák power plant. The nautical elements, so typical for Sander, were scarce as well. The building has attractive warm colours on the façade; creamy yellowish plaster with pilasters and cornices in terracotta colour contrasts with the cold water of the Orlice River and the reinforced concrete bridge. The interiors were designed efficiently, using white plaster and ceramic tiles made by RAKO Company. Sander’s iconic features included arched windows with large industrial glass panels, simply topped pilasters, façade decorations in the form of round ship windows, and the skylights in the form of “fried eggs”. The contrast between the small windows in the operation rooms in the lower part of the building and the large windows in the upper residential area was interesting, too.

The power plant was equipped with a dynamo generator for producing direct current. It was driven by two Francis turbines, supplying 225kW at the flow rate of 24m³/s. The hydroelectric power was transmitted through gears on vertically mounted 240 kVA generators. In the 1930s, the originally fitted devices exceeded their planned life; moreover, the power plant was not even as powerful as expected. The ČKD Company therefore developed several projects for modernization, paying special attention to the protection of the Moravian Bridge pillars against damage. Although the flow rate remained the same, after the installation of a new Kaplan turbine the power output increased and the generators produced about 125,000 kWh more electricity a year. The renovation of the power station proceeded rapidly and in 1938, it was complete. After World War II, it was necessary to renovate the weir bodies as well. The existing gate valves were very unreliable, too old, useless in winter was, and dangerous to the staff. The reconstruction started in 1951; to better protect the supporting pillars of the Moravian Bridge and to separate the individual (weir and bridge) parts, three water towers were built downstream, before the existing bridge pillars with modern roller shutters installed between them. The controls were in the towers accessible by the stairs from the bridge deck. Very similar modernist architectural design of the sluice towers was also used in the construction of the overflow drains on the Kružberk and Těrlicko dams in northern Moravia, built at the same time.

The power plant did not meet the initial expectations even with the new equipment or after the modernization in the 1930s and 1940s. Its various errors and shortcomings were the result of the fact that it was one of the first low pressure hydroelectric power plants. But the experience with its operation could later be used for other projects. Since the 1950s, the power station has worked without any major breaks or changes to this day. Currently it is owned by the 1. elektrárenská s.r.o. (The First Electric Company, Ltd.) and it still works as a generator, a pump chamber of the city municipal waterworks, and staff quarters.

The water power plant on the Orlice River is an immovable cultural monument No. 29446/6-4538, registered on the Central List of Cultural Monuments of the Czech Republic (ÚSKP) and part of the protected urban conservation area in Hradec Králové. 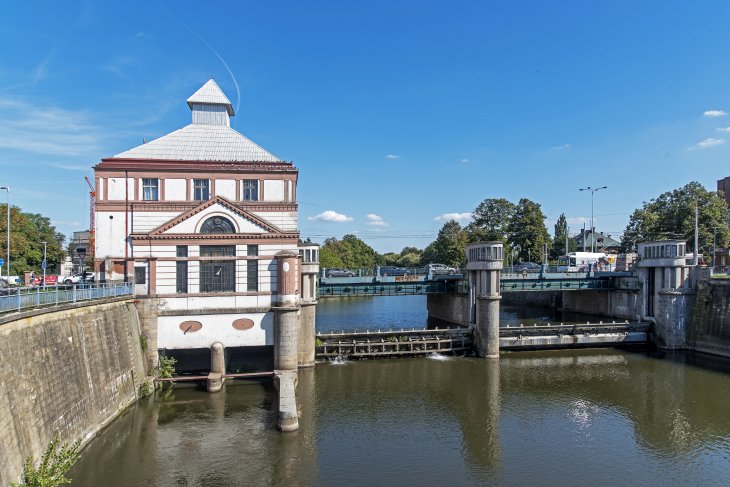 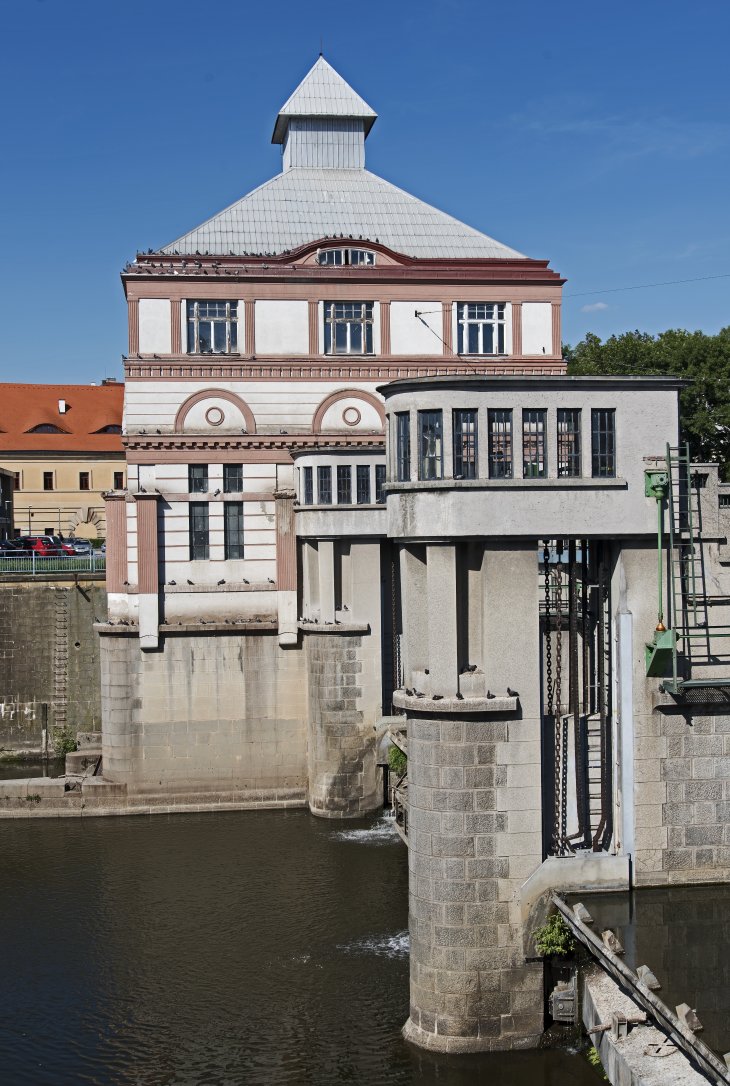 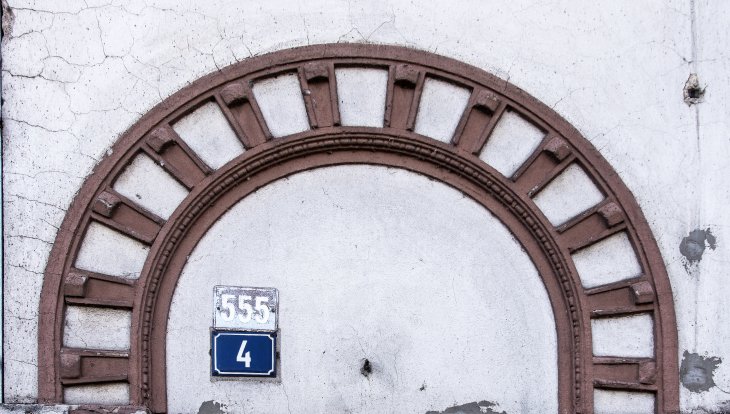 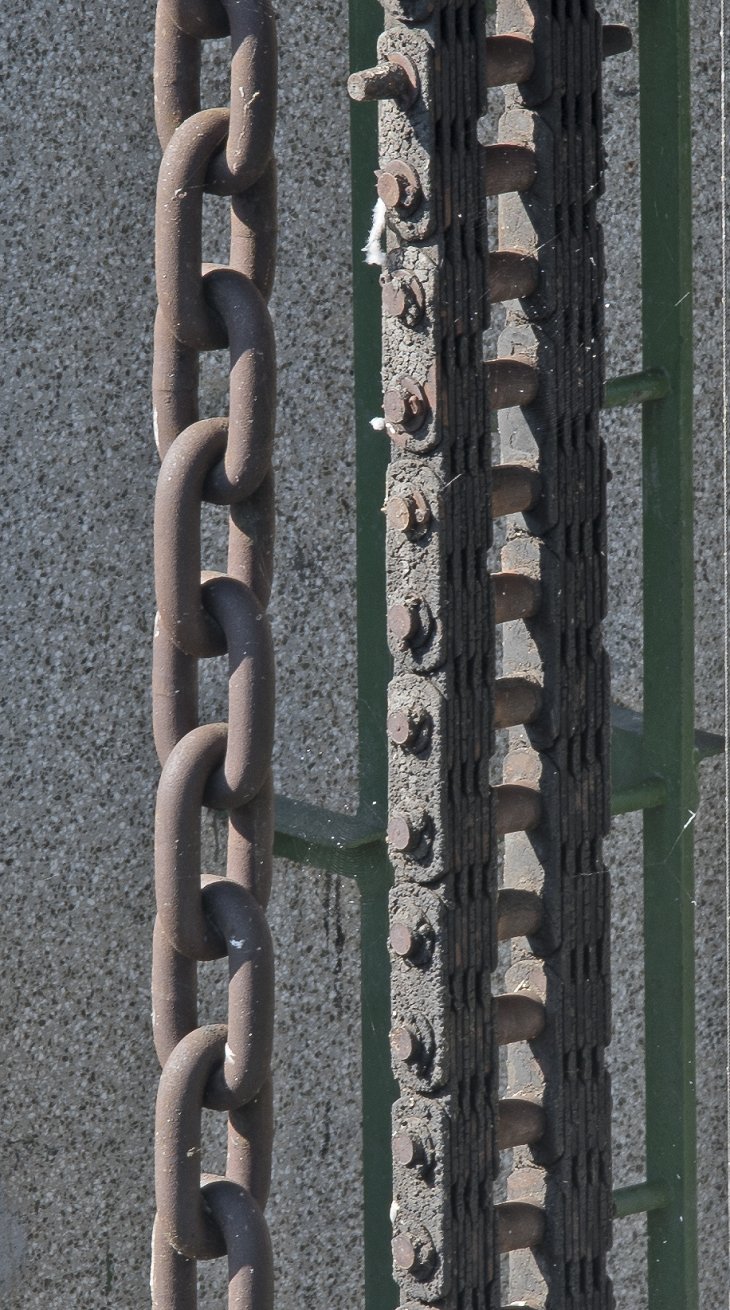 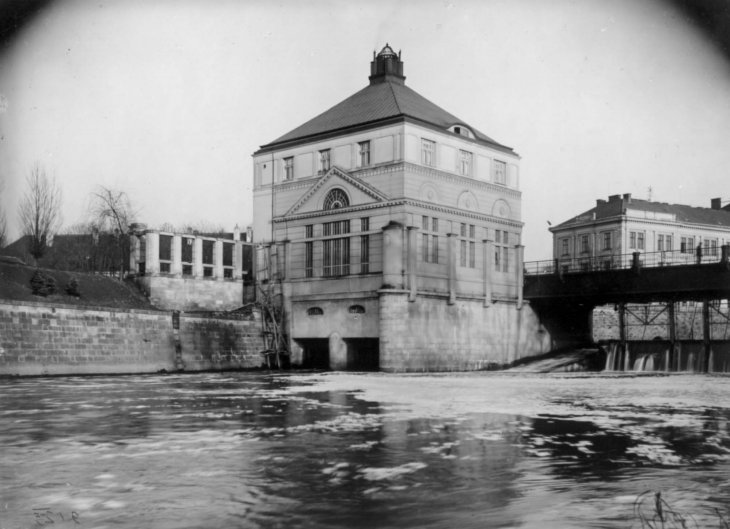 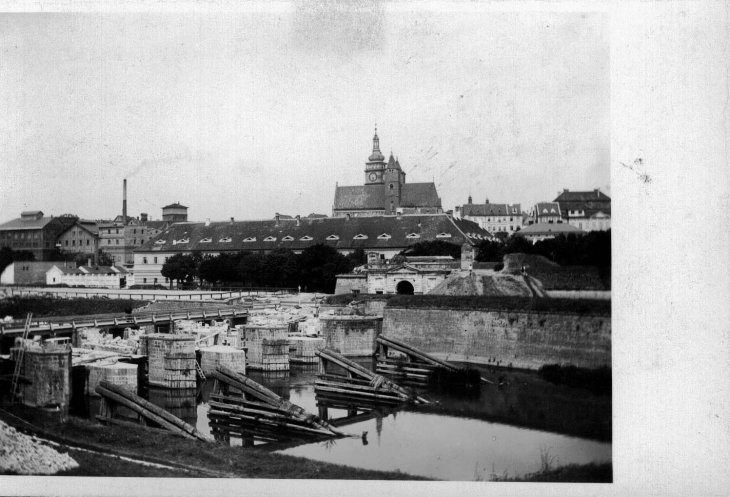 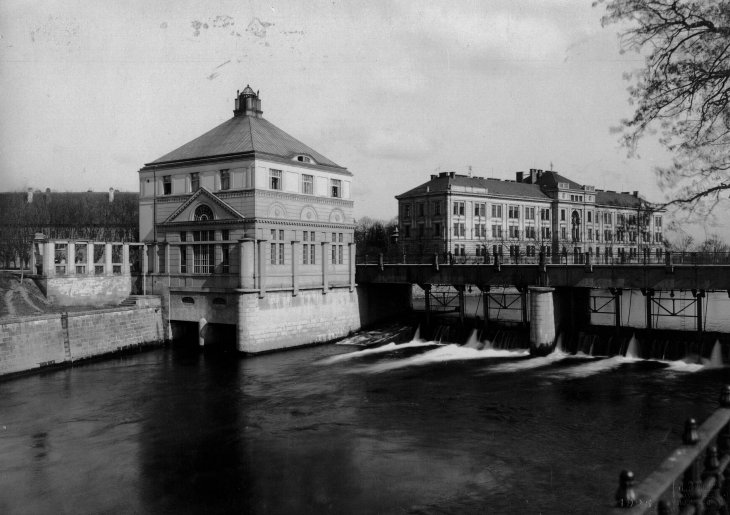 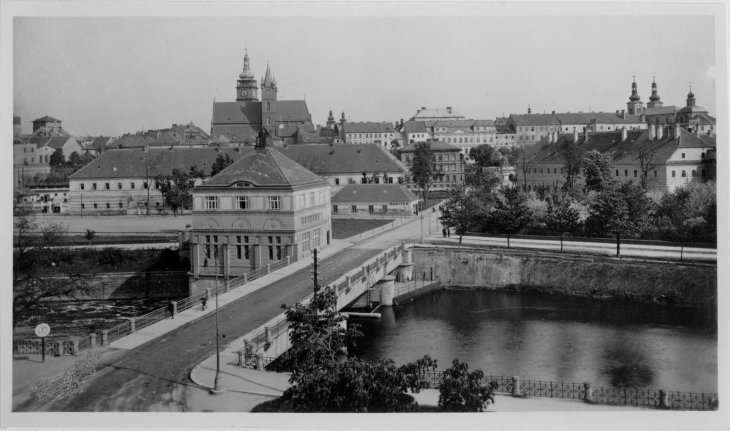