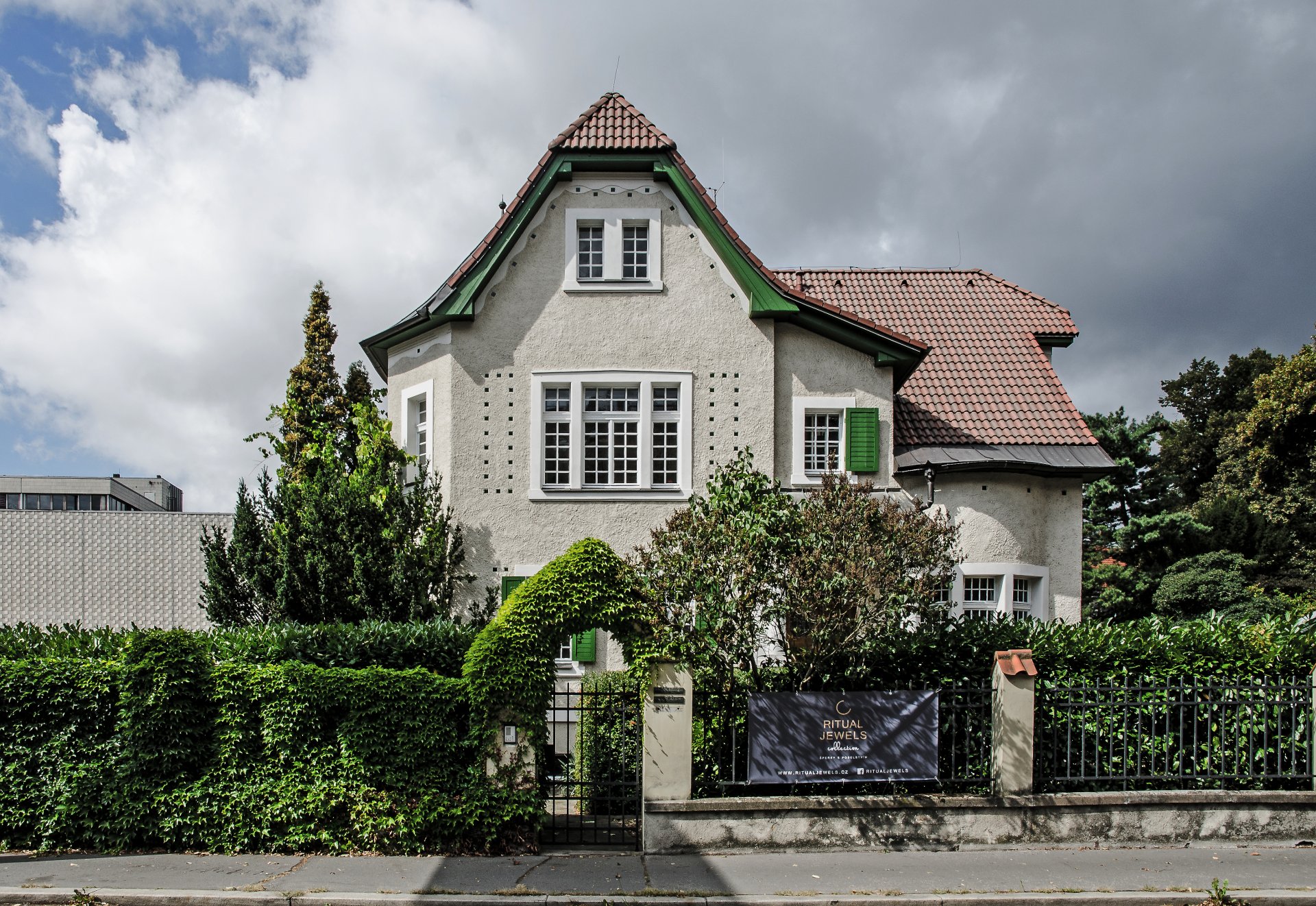 Engineer Jan Sixta had his family house designed by a local builder and architect occasional – autodidact Václav Rejchl – in 1908. In 1908–1909, Rejchl’s son, Václav Rejchl Jr., worked for him while still studying at the Czech Technical University in Prague. Jan Sixta’s villa was one of the buildings he worked on in his father’s office (according to his memoirs). We can attribute him the substantially simplified façade referring rather to rural architecture – while the final solution was based on the contrast between the rough plaster and white window jambs and geometric shapes of dark green tiles, probably inspired by Viennese geometric modernism.

The project dated September 1908 and approved by the city council on 12 October 1908 included a cellar, the residential ground floor, the first floor, and the attic. Subsequently, Rejchl was supposed to design the fence and Jan Sixta wanted to build a public pavement in front of his plot at his own expense. The construction started in March 1909 and was completed on 25 August 25 in the same year. In March 1909, additional plans for the extension of the residential garden house with a sitting room, a closet, a pantry and a toilet were approved. The house was built at the northern edge of the plot against the shooting range garden.

In the villa cellar, there were three storage rooms with a separate outdoor chute and a laundry room. Visitors entered the raised ground floor through a vestibule, which had an insulating function. Then there was a large hall, loosely connected to the staircase tract with a dog-leg staircase leading to the second floor and the attic. The large space, including the staircase, was the residential and communication core of the house, illuminated by a three-part bay window. In the staircase hall, there was a double door leading to the salon with another double door sliding into the wall, leading to a room, which also served as a dining room. The salon also included a trihedral oriel. In the back of the staircase hall under the stairs, there were entrances to facilities – the toilets and the kitchen with a pantry. There was also a narrow service door leading to the dining room. This solution enabled practical communication between the kitchen and the dining room. The design of the residential ground floor suggests that the architects were familiar with the most current impulses of the British and German reform efforts to design new, modern interiors of residential houses. The echoes of the design of English modern houses can be seen in the residential staircase hall and in the bay window. Upstairs, there were two large bedrooms, one larger with an oriel. Both the bedrooms were next to two smaller rooms, which are not included in the design. They mat have served as a dressing room and bathroom. The high mansard roof space covered not only the attic, but also the first floor, so one could enter two lofts from the first floor.

The façade had no stereotomic division, ledges, lesene frames, stucco ornaments, etc.; the ceramic features used for geometric decoration suggest typographic quality while the high gable, the roof with a sharp pitch and the dark window shutters refer to the latest designs of villas in art centres. At that time, Václav Rejchl Jr. had a very lively contact with the Prague circle of young architects and he was certainly well acquainted with Jan Kotěra’s own villa and the villa of Jan Náhlovský in Bubeneč, completed a year before and designed by Dušan S. Jurkovič. The interior layout and the exterior of the latter inspired the smaller and simplified villa for Jan Sixta in Hradec Králové. 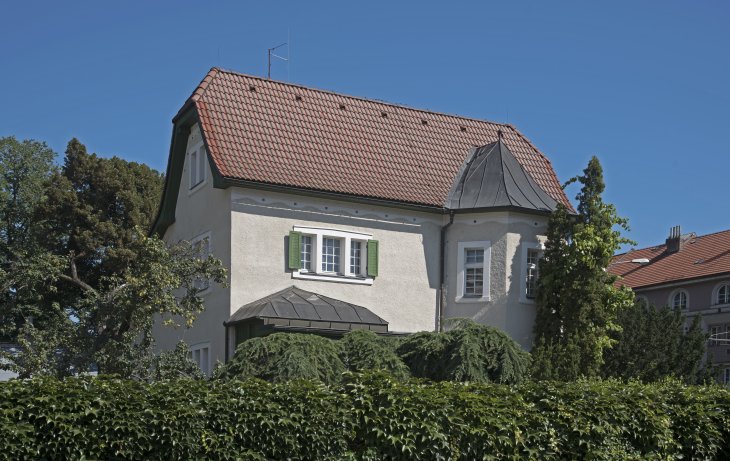 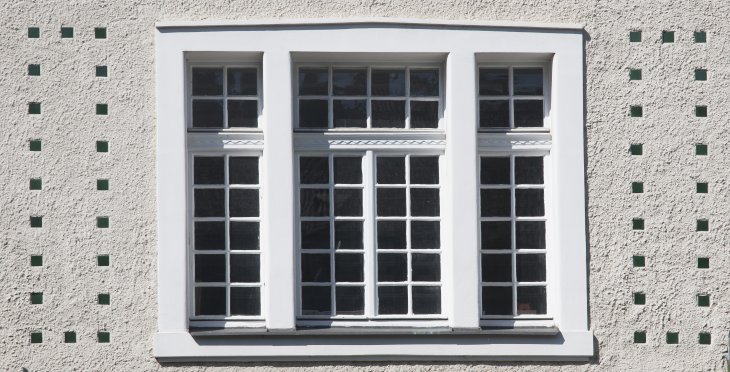 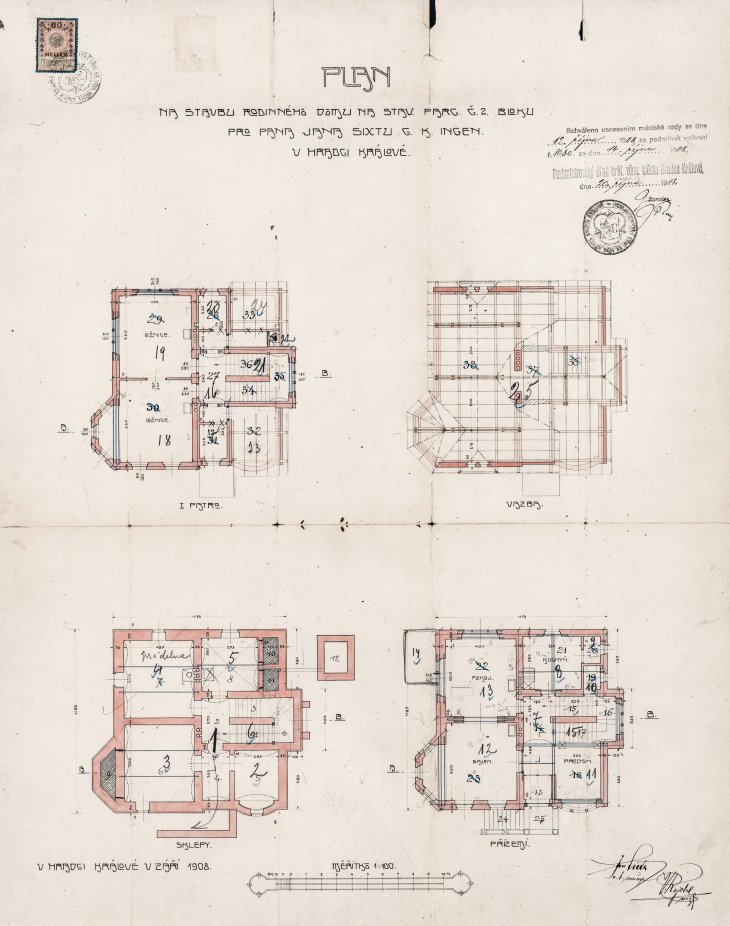