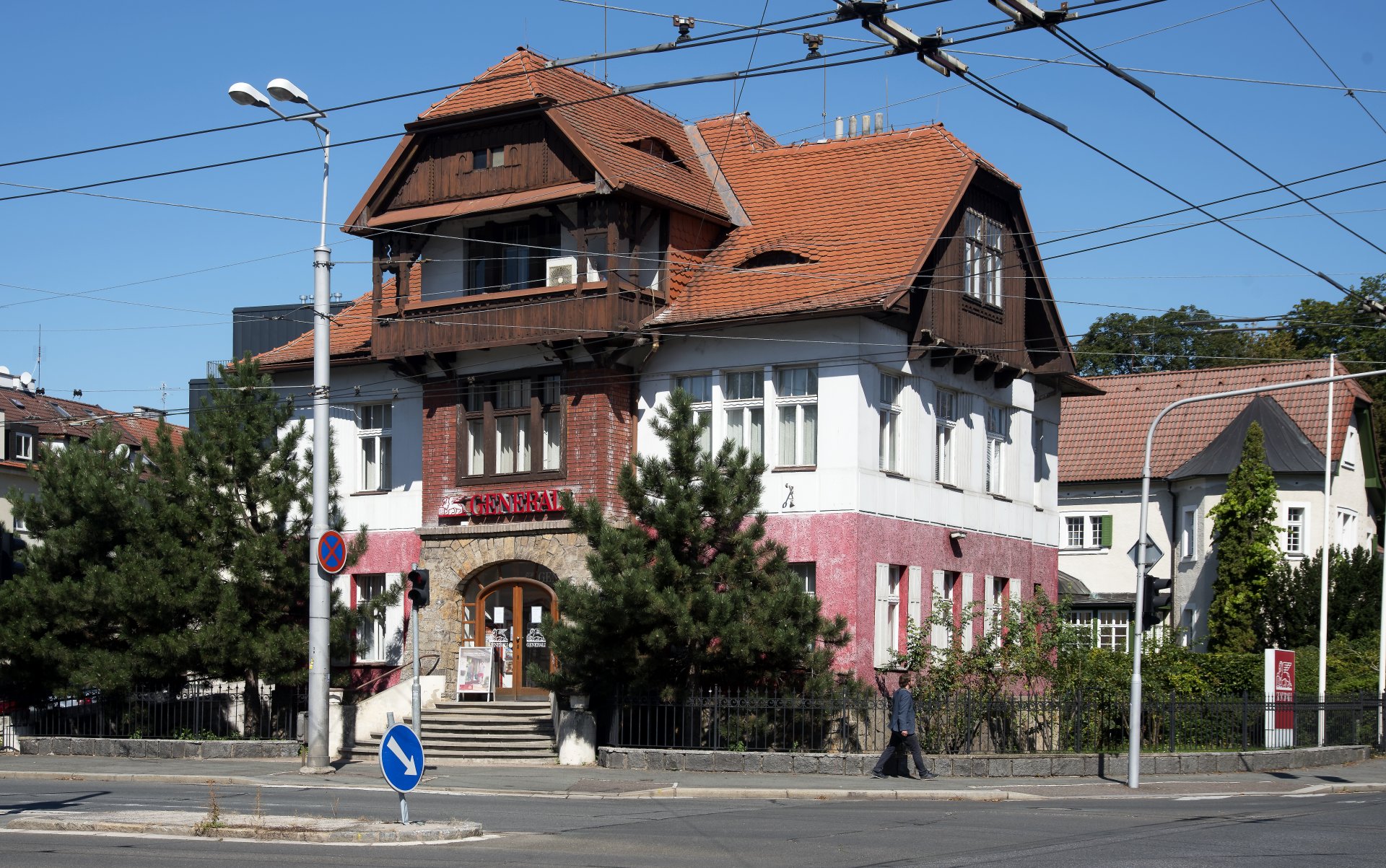 In 1909, Jan Pažout asked his brother, architect Jaroslav Pažout, to design a villa for his family. Together with his wife, he bought land at a newly built avenue, now Střelecká Street, where prominent businessmen and officials built their urban villas after 1908.

The villa was designed as a duplex building with two residential units. It was accessed from the south. Behind the entrance, there was a small entrance area, which served as a landing of the staircase to the first floor and residential attic. From the landing, one could access the two flats, each occupying the whole floor. Behind the front door, there was an anteroom, bathroom and pantry; on the right, there was a drawing room connected to the living room. The largest room also served as a dining room and it was connected to the kitchen, which had a separate entrance from the anteroom as well. The living room also had a veranda with a separate access to the garden. In the living room, there was also the door to the bedroom with a bathroom. Next to the kitchen, there was a small maid’s room. The flat upstairs had the same layout. The 1909 project was updated in 1911 when a residential unit in the attic and the caretaker’s flat in the basement (originally designed as a laundry room and a cellar) were added and richer decoration was designed.

The original 1909 project included Art Nouveau décor (a water-waved line under the crown cornice) and a modern concept of the façade (horizontally combed plaster on the ground-floor Cyclopean foundation walls); the mansard wooden gables and panels below the window upstairs were to be decorated with folk carvings. The second 1911 project was far more monumental and included Cyclopean masonry in the newly designed cone-shaped frame of the entrance and rich carvings on the gables and on a newly designed balcony. The façade rusticwork was made of unplastered bricks, used primarily on the ground floor.

The construction was carried out (according to the certificate of the completion and use of the building from 14 November 1912) between December 1909 and 4 July 1911. Later, a garden house with a shed roof was built. The design also included a decorative fence made of retreating and ornately placed unplastered bricks, which has not survived.

After 2007, the building was to be demolished and replaced with a new administrative building, but it became a cultural monument in 2009. The dark red and white contrast of the façade does not match the original more subtle colour composition and decoration.

Jan and Anna Pažout’s villa is an immovable cultural monument No. 105303, registered on the Central List of Cultural Monuments of the Czech Republic (ÚSKP). 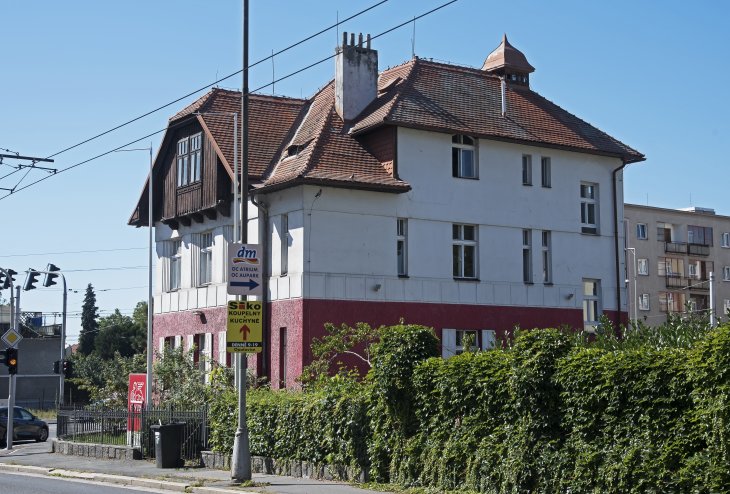 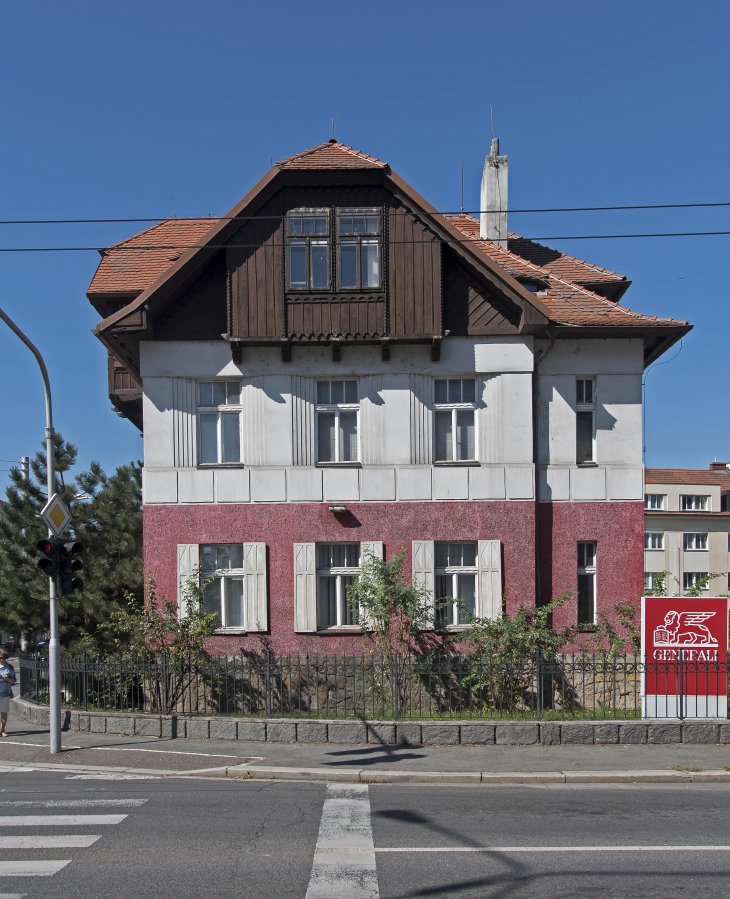 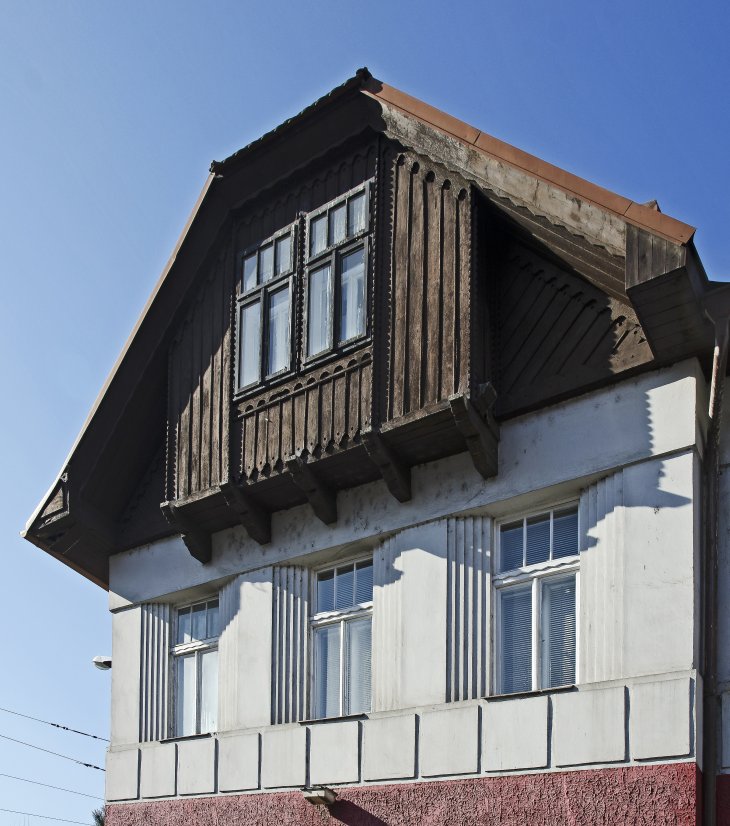 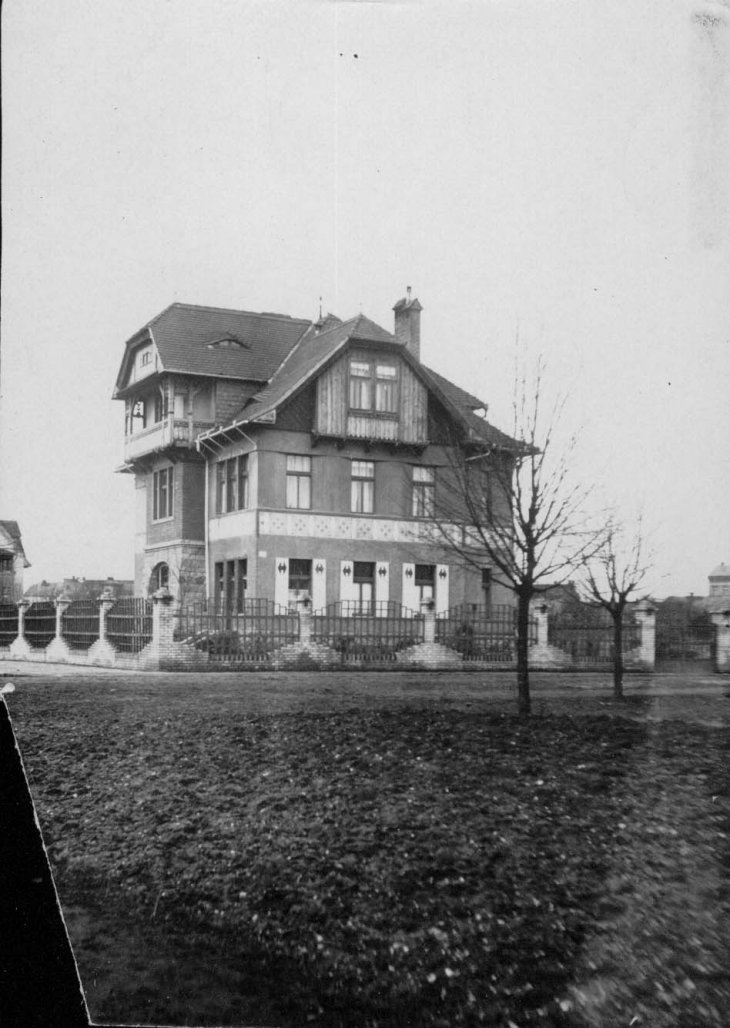