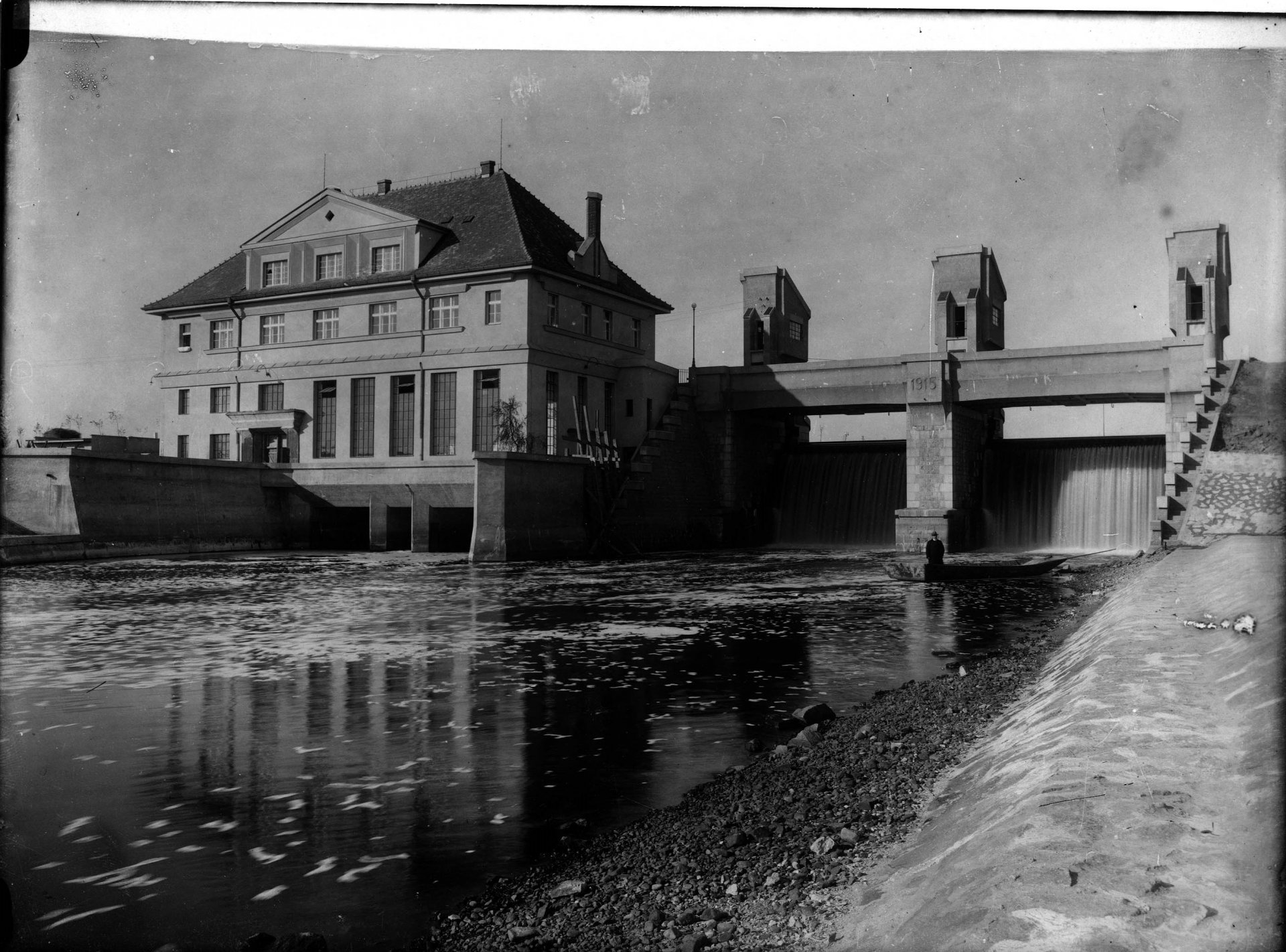 Shortly after the completion of the bridge with uplifting lock chambers and putting the race into operation in 1917, Josef Voženílek, who ran three mills, the nearest of which was located close to the Předměřice race, decided to build a private hydroelectric power plant near the bridge. The building was designed in 1917 and the façade in 1919, and the power plant was completed in 1923. It had two flow chambers and two Francis turbines with horizontal shafts. The main part of the building was occupied by a two-storey engine room divided into two parts; in the centre, there was a series of three octagonal columns with various spacing, bearing the ceiling structure.

The project of the hydroelectric power plant was dated 19 June 1917 and designed by “Ing. Martínek a Calábek” engineering firm from Přerov. The architectural design of the power plant layout, including the floor with facilities and two housing units, was designed by architect Oldřich Liska from Hradec Králové. In the lists of works by Oldřich Liska, this design was dated 1919. Liska designed the façade in the spirit of his beliefs. He divided it with simplified features and structures of conventional proportions; features such as the cornices, lesenes, lesene frames, panelling, etc., were designed in the Cubist style with broken shapes. The power plant façade seems similar to Liska’s project of emergency tenement houses in Máchova and Klumparova Street.

The destruction of the power plant and the adjacent bridge began on 10 April 1932 at 1:15 p.m. A torrent of water, carrying wooden logs, branches and other debris, could not be held by the lock chambers because the motor of the lifting mechanism burnt down. The protocol described the accident as follows: “At the time [of the accident], the power plant was still working perfectly, but after about 14 hours, the eastern wall of the power plant started showing the first signs of trouble as the plaster peeled off in some places, cracks began to form and the window panes were cracking. [...] The cave-in of the weir pillar was already visible since a depression opposite the right weir formed in the deck and was rising to the right towards the power plant and to the left towards the central pillar where a transverse crack in the deck pavement formed. Soon after that water got into the power plant engine room, the northeast corner of the building broke away and the power plant began to fall down.” Further investigation showed that the accident was mainly caused by the unsuitable sandy bedrock and inadequate foundations of the power plant. 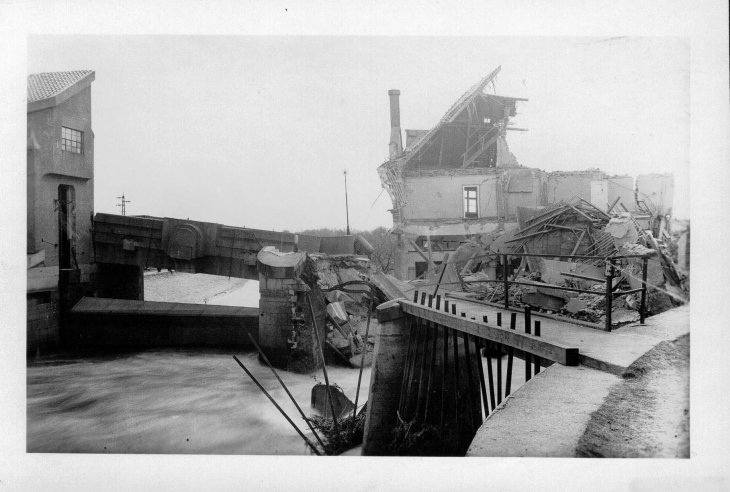 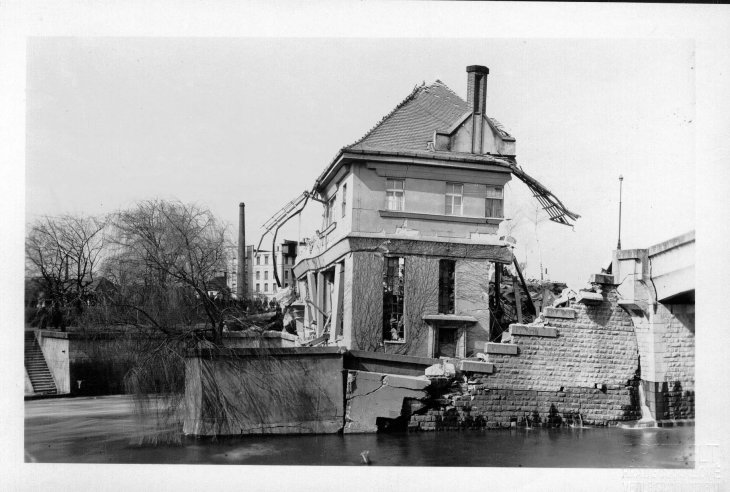 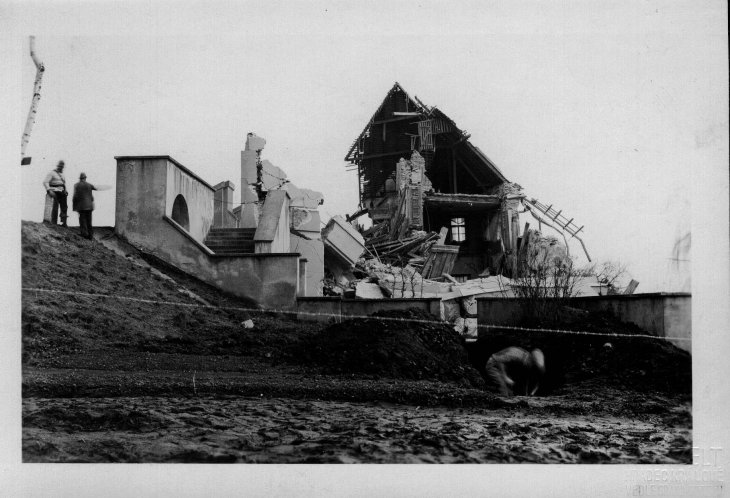 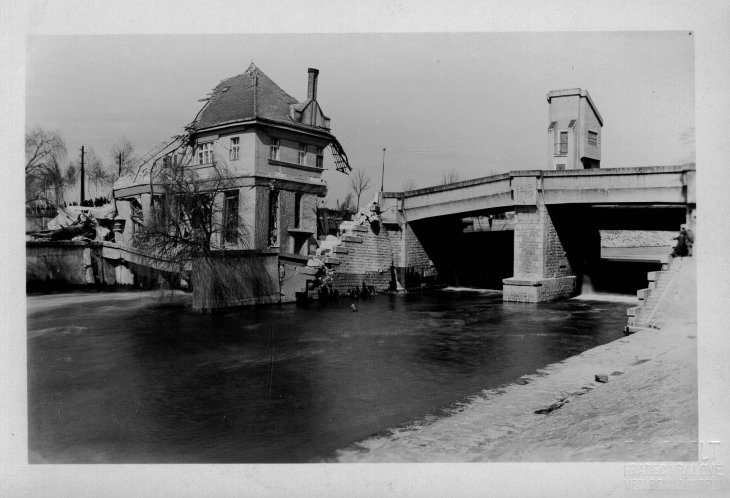