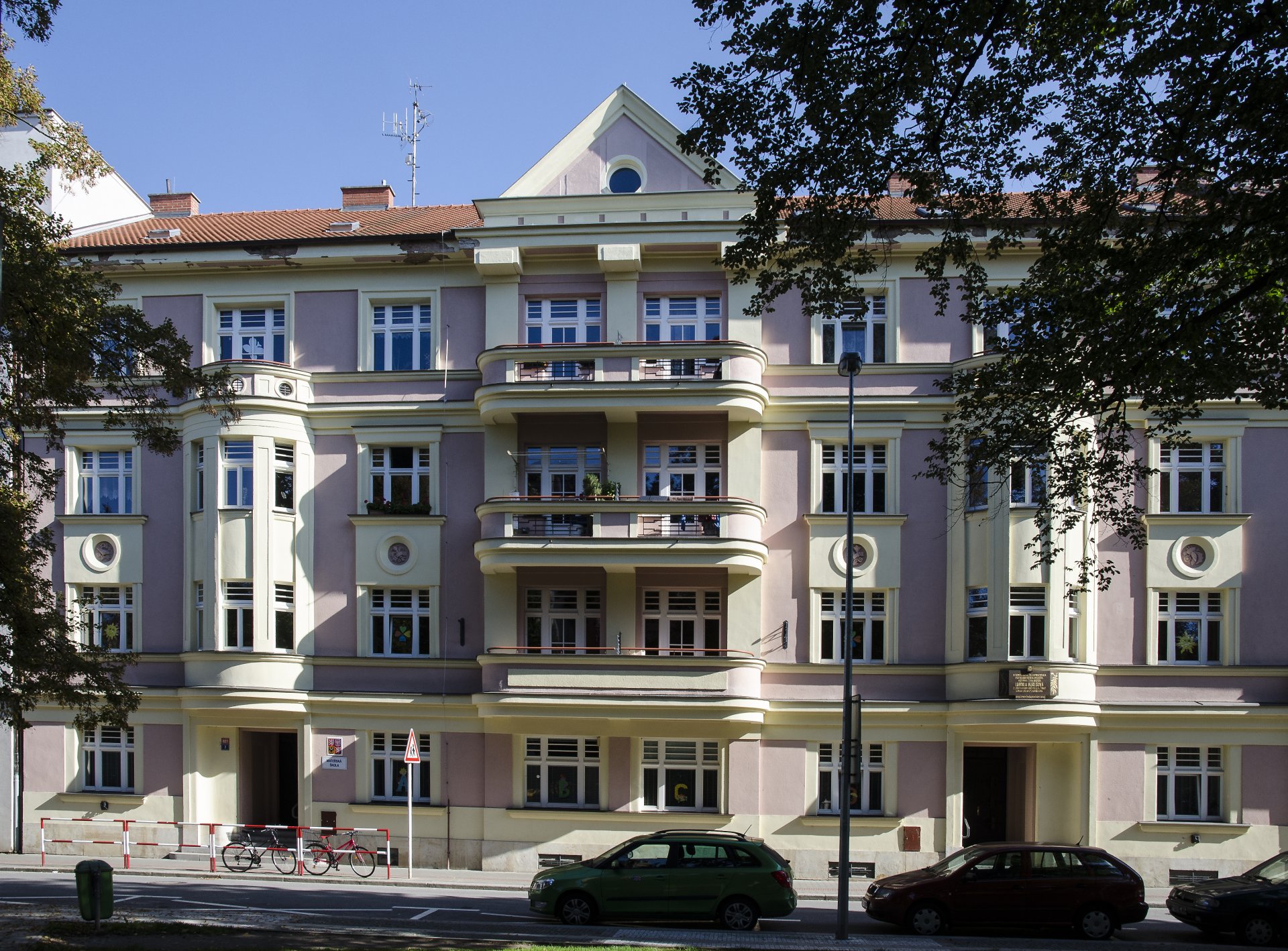 The District Youth Welfare association was founded in 1910 to provide social services for children and youth in the district of Hradec Králové. The main representatives of the association, which had in 840 contributors in 1931, were doctor Ladislav Pičman and secretary Helena Babáková.

Shortly after the establishment of the new Czechoslovak state, the association wanted to build its headquarters and accommodation and dining facilities for orphaned and underprivileged children and youth. The lease for the rental flats was supposed to amortize the construction costs. According to the approval certificate, the construction in the street behind the majestic museum building began in November 1923 and was completed on 15 October 1924. The building was designed by architect Václav Rejchl Jr., a member of the Hradec Králové YMCA whose building, also designed by Rejchl, was one of the first YMCA buildings in Czechoslovakia (after the ones built in Prague and Bratislava). YMCA was a sister association the District Youth Welfare, and their activities were carried out in synergy, as reported by Helena Babáková in 1932. Rejchl designed the YMCA building pro bono and even financially contributed to its building; the District Youth Welfare project was a non-profit project as well.

Rejchl designed the exterior in the spirit of rondo decorativism. The building is symmetrical with a triangular tympanum above the cornice. It has two entrances (since the beginning, the street number has been marked as “a” and “b”); above each entrance, there is a convex oriel extending from the first to the second floor; the third floor oriels are terminated with a balcony. In the middle of the street façade, there are three longitudinal balconies with rounded corners. In the window strips between the first and second floors, there are circular medallions with stucco sculptures.

The northern part of the basement (marked as “a”) included cellars for the rental flats and facilities for various social institutions. In addition, there was an orphanage kitchen for twenty toddlers. On the ground floor, there was the orphanage back office, a flat, a dining room for girls, and the YWCA accommodation. On the first floor, there were the orphanage bedrooms, rooms for the continuous surveillance, the YWCA club room with restrooms, and another flat. On the second and third floors, there were four other flats; on the fourth floor, a laundry room with a toilet, the attic, and a storage room. The southern part of the building (marked as “b”) included a large flat on the first and second floors and two flats on the second and third floors. On the fourth floor, there was a laundry room, a toilet, a storage room, and the attic.

In addition to running a care centre for toddlers, the District Youth Welfare also assigned regular and extraordinary financial contributions to socially disadvantaged families, provided clothing to children and ran seven canteens in the district Hradec Králové to provide meals to children and youth. It also mediated the adoption of orphaned children in families and other institutions, took care of children in institutional care, and mediated the legal protection of children and adolescents. Following the reorganization of the social services system after 1948, a kindergarten was established in the premises in the 1950s, which has served its purpose to this day.

The District Youth Welfare building is part of the listed the urban conservation area in Hradec Králové. 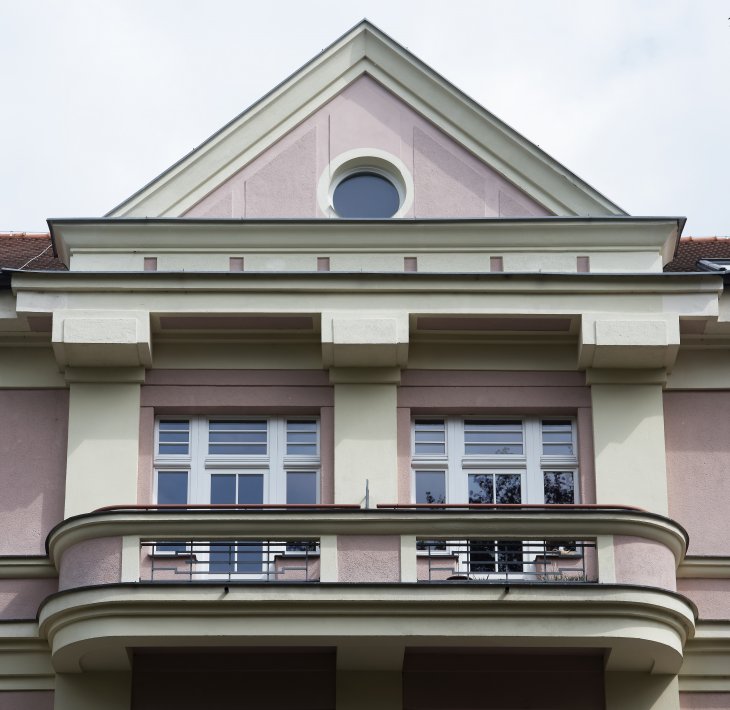 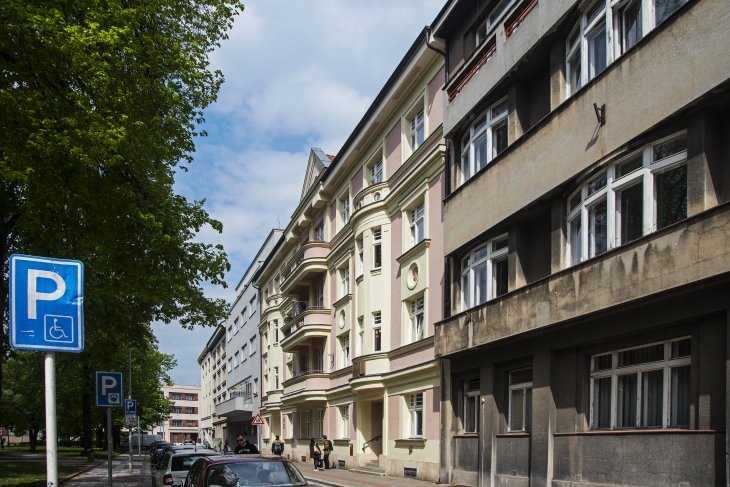 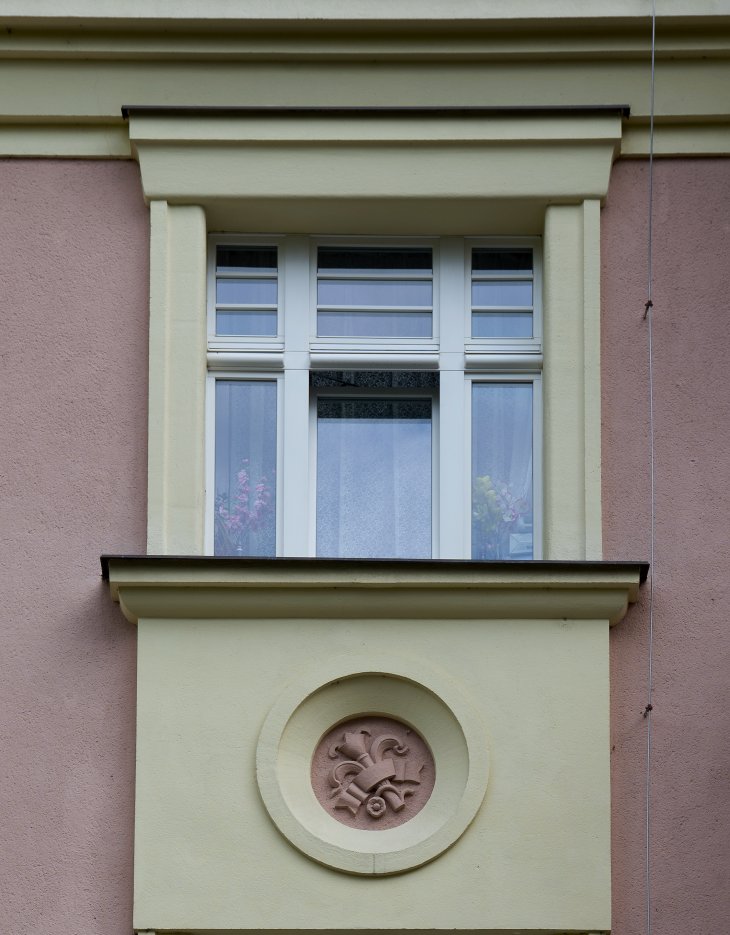 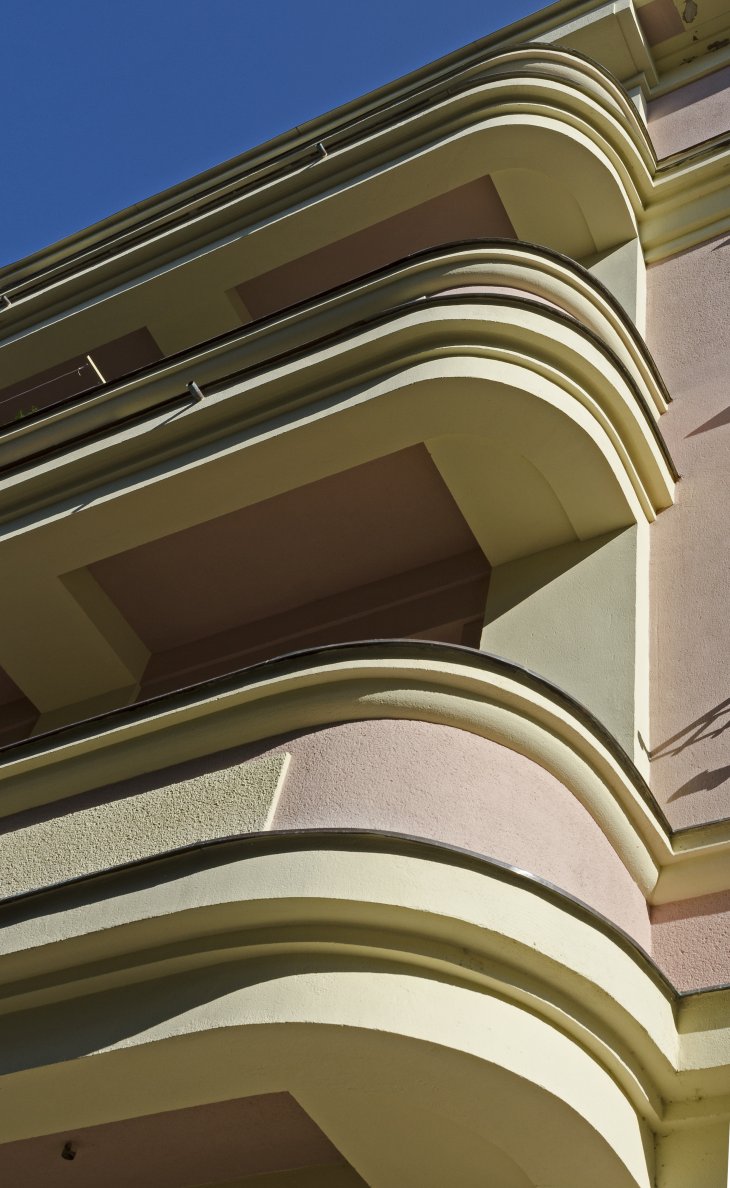