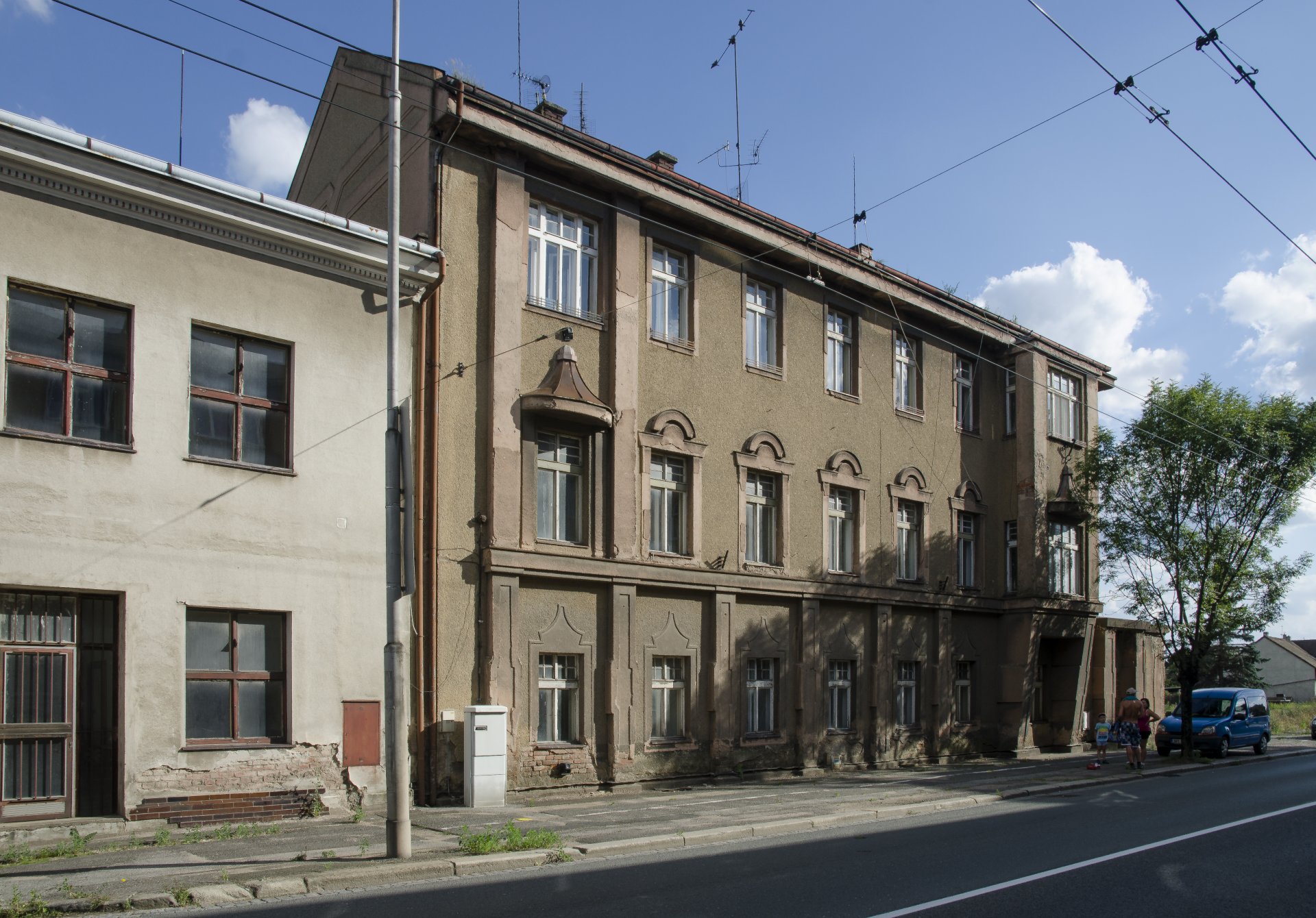 Josef Seyfried’s tanning factory was founded in 1901–1902. The history of the building no. 111 dates back to 1901 when the ground-floor brick multi-purpose building was built for the needs of of the factory. In 1905, Josef Seyfried added the first floor. The building has had its current since 1920–1921. Josef Seyfried apparently initially asked the Prague office of architect Jindřich Freiwald and builder Jaroslav Böhm to design a new, unified façade and a new entrance gate. This design was published in the annual publication of the architectural office in 1924, entitled as Naše stavby (Our Buildings). Shortly afterwards, Seyfried probably decided to add the second floor and turn the building into a residential house. The façade was probably designed by Freiwald and Böhm because the ornamental forms, mainly the pilasters dividing the façade and the decorations around the windows in the form of drapery lesenes, are consistent with Freiwald and Böhm’s project from the same period, built at 1000 Havlíčkova Street in Pardubice. The new building also included an oriel based on the original one-storey design by Jindřich Freiwald and Jaroslav Böhm.

The aim of the reconstruction, designed in the project dated 17 September 1921, was to rebuild all the floors for residential purposes. The ground floor was built according to the original layout of 1901 and there were vaulted ceilings. There was a three-bedroom flat with a kitchen and a bathroom and a separately accessible administrative part serving probably as a gatehouse since it was accessible through the main passage to the factory premises. The passage does not exist anymore; it was connected to the building no. 111 from the western side. On the first floor, there was a large flat with two rooms, a dining room, a bedroom, a kitchen, and a bathroom. Both flats on the existing floors had walk-through rooms. The flat on the newly built second floor had a more distinctive layout. The front door led to the entrance hall, followed by a long hall running through the elongated layout of the building. This hall led to a bathroom, separate toilet and maid’s room, all facing the courtyard, and a bedroom, large dining room and guest room facing the street and the east façade. The kitchen faced the western façade, and right behind the front door, there was a pantry protruding to the staircase. On 10 March 1922, Josef Seyfried asked to use the completed house.

After his death in 1924, the factory building was bought by the Cooperative of East-Bohemian Butchers, Ltd. (Kožní družstvo řezníků a uzenářů severovýchodních Šech s.r.o.) and the complex of Seyfried’s factories was leased to L. Beckmann & Comp., a leather factory that moved to Kukleny from Předměřice nad Labem and that Seyfried’s son worked for. The house no. 111 has had its form and the exterior decorations, most likely designed by architect Jindřich Freiwald, since the beginning of the 1920s. Together with the torso of the factory buildings, it is one of the few surviving monuments of the former tanning industry in Kukleny and its building culture. 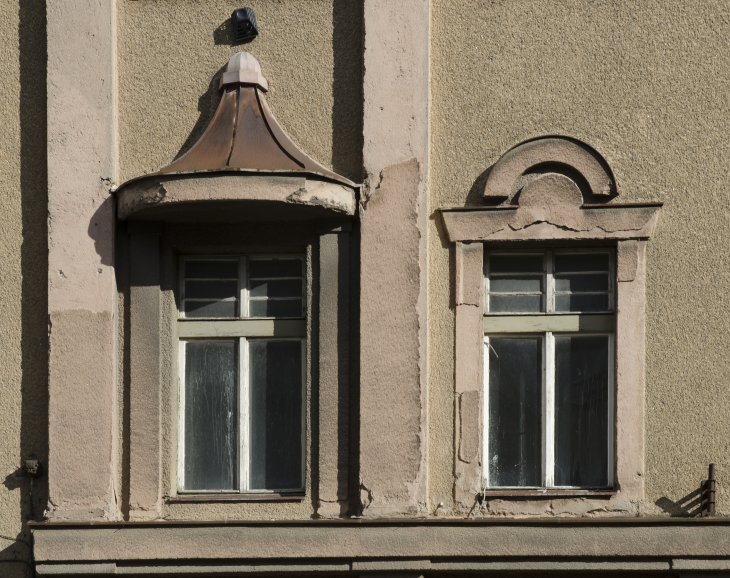 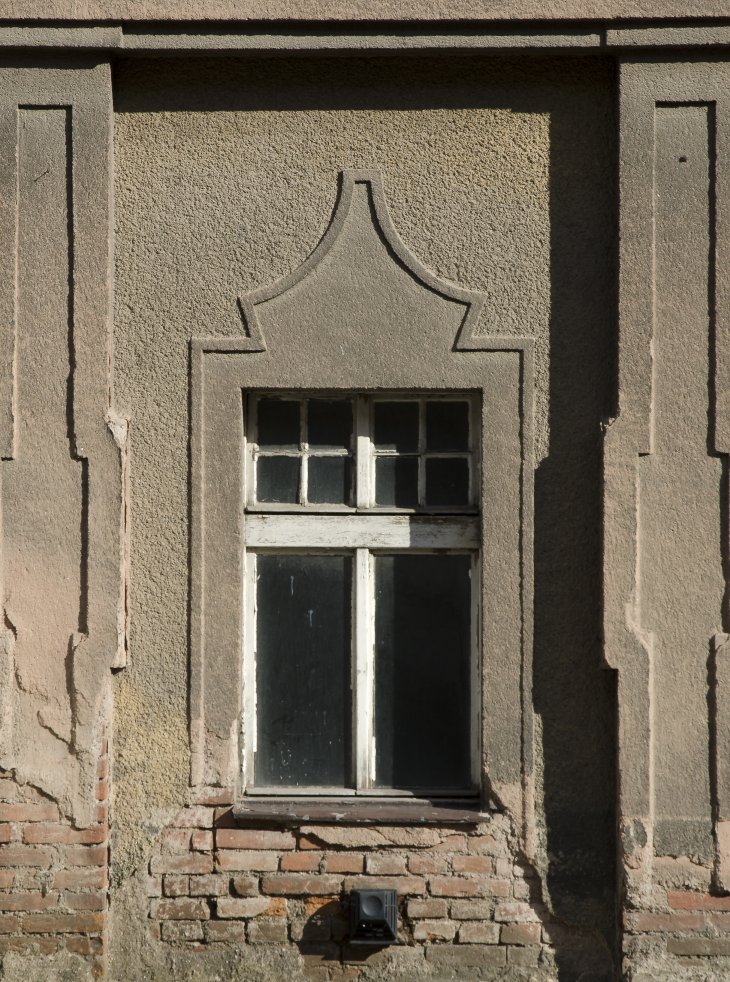