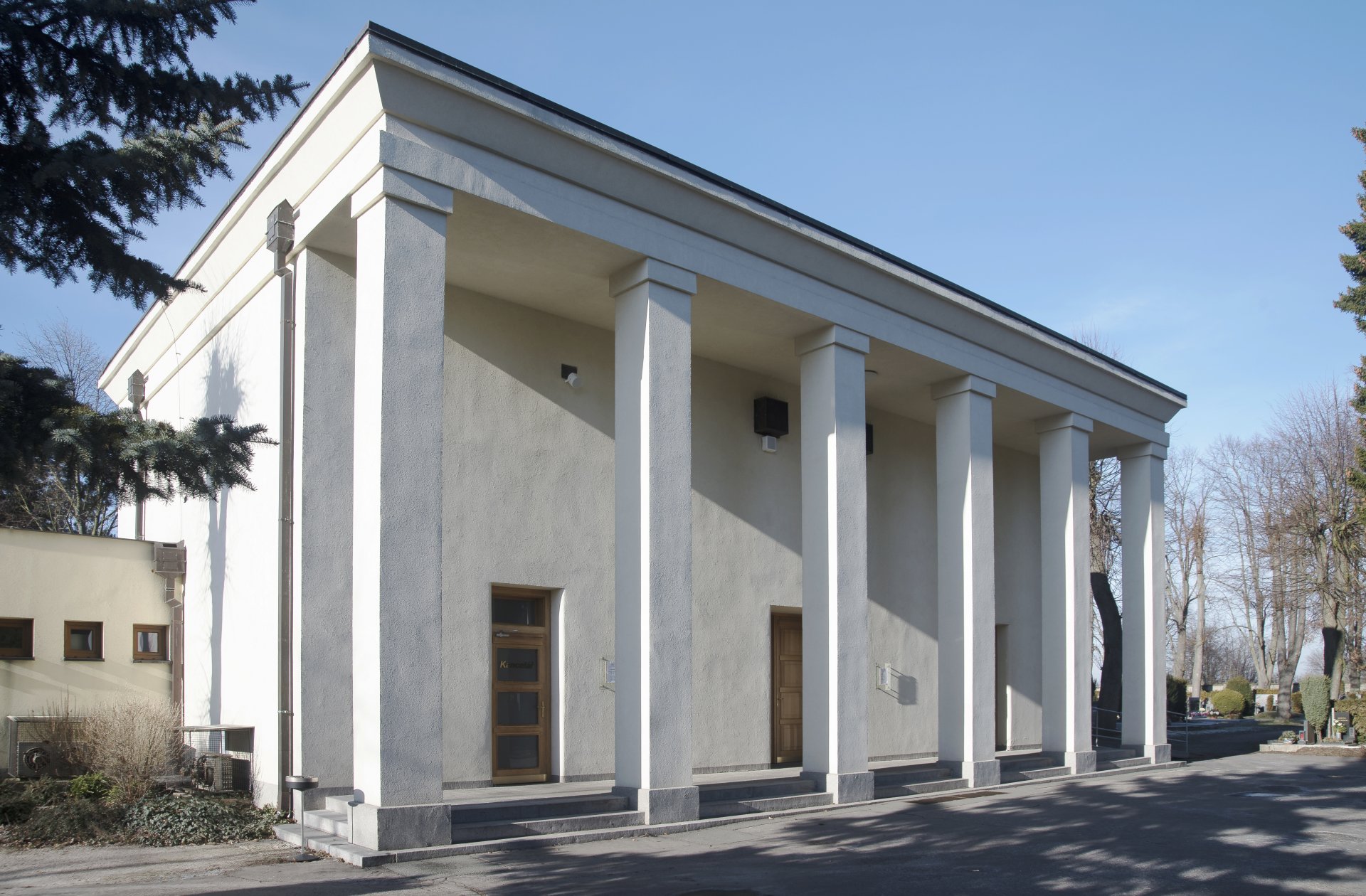 Since the mid-19th century, Kukleny used to be dominated by the local cemetery, which took over the role of the central burial place for the Hradec Králové agglomeration. Due to the continuous expansion of the city, it was increasingly necessary to build a funeral home for dignified funeral ceremonies. The Roman Catholic Church, through its local committee in Kukleny, approached the local architect Oldřich Liska, who had previously designed temples and prayer rooms for Protestant churches. It was the first major investment of the local Catholic Church since WWI, which was later overshadowed by the Church of the Sacred Heart of the Lord in Prague Suburbs, designed by Bohumil Sláma.

After Oldřich Liska submitted the final project, a competition for a construction company was announced and won by František Kadleček from Kukleny. The construction was supervised by Viktor Lehovec from Prague Suburbs. The construction began on 27 July 1925 and was completed on 18 December 1926. The following year, additional adjustments, mainly in the interior, were made. Given the purpose of the project, Liska designed the building as a simple cube and added a simplified neoclassical façade. The modern classicist features seemed perfect for the dignified farewell to the deceased. The façade was decorated with a portico with six simplified pillars supporting the subtle roof, separated from the façade by a cornice. The order of the doors, dominated by a double door in the centre, was symmetrical as well. The architect also designed a semi-circular bell tower in the centre, which was not built for financial reasons.

Unlike the building, the interior was very modest. The main part of the premises included a funeral hall with a gallery for the operator; the central part was designed for the bier. The side spaces included operating rooms, garages, flower room, etc. The original equipment was gradually replaced, mainly especially in the 1970s. Since there were no windows both on the main façade and the other side, the ceremony hall was very dark and had to be illuminated by artificial light.

In 1926, the representatives of the city of Hradec Králové also wanted to build a crematorium in Kukleny. They asked Oldřich Liska, as an experienced architect, to design the hall in 1928. A big wave of indignation on the part of the competitive association “Crematorium” in Pardubice and the Hradec Králové bishopric that followed the publication of Liska’s designs led to the abandonment of the plans.

The existing building was not extended even after it came under the administration of the city of Hradec Králové. It was not reconstructed until the turn of the 1960s and 1970s when the form the rear façade was changed. A large window was added to the wall of the main ceremony hall, facing the new garden of memory. The dark space was then substantially illuminated by natural light. The general reconstruction of the building took place in 2003–2010, when the roof, ceilings, toilets and façades were repaired and the windows inadequately replaced. Next phases of reconstruction, especially the renovation of the furnishing, have been taking place since 2018. The building still serves its original purpose. 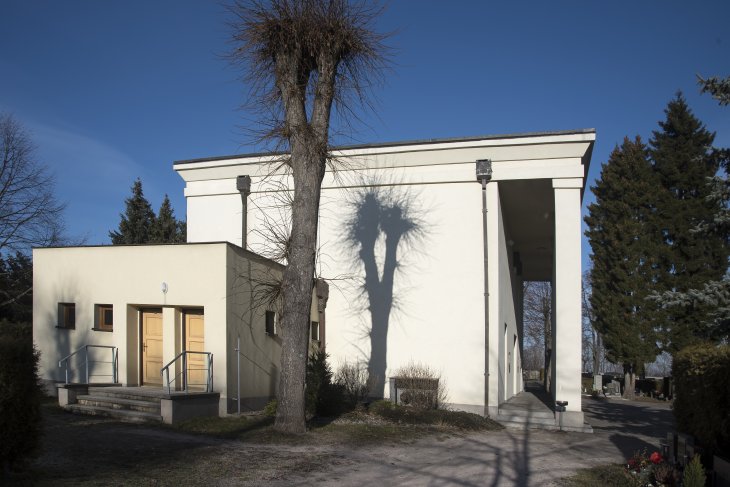 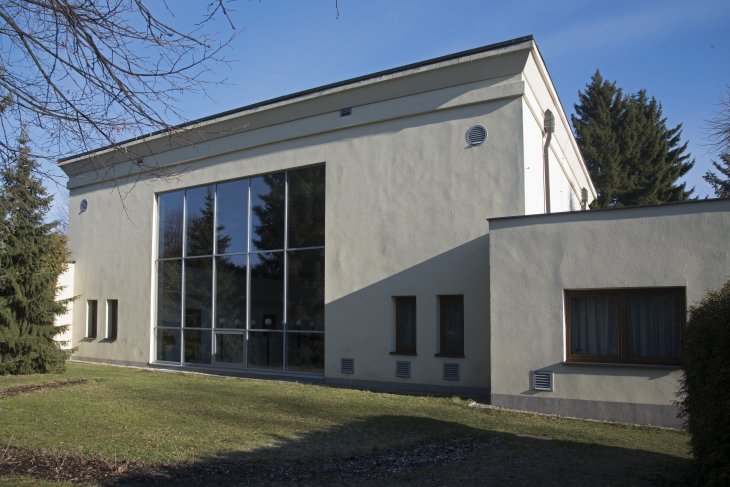 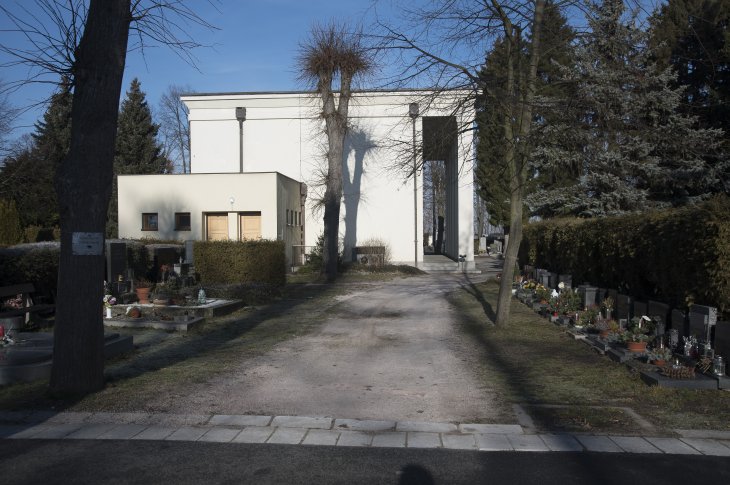 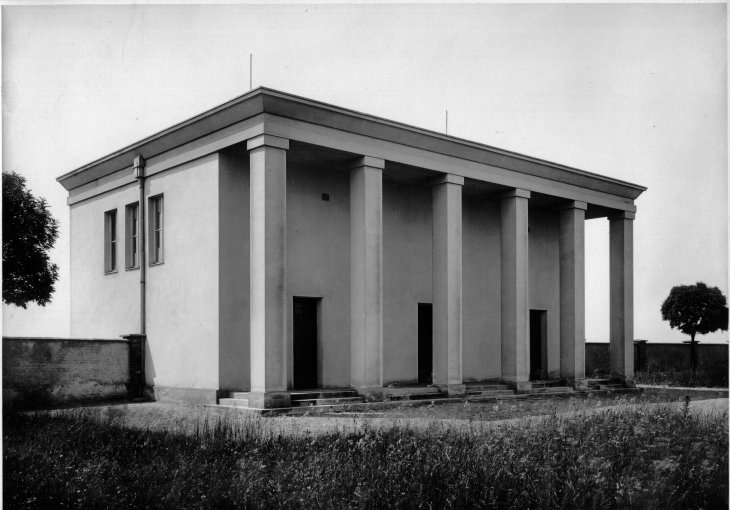