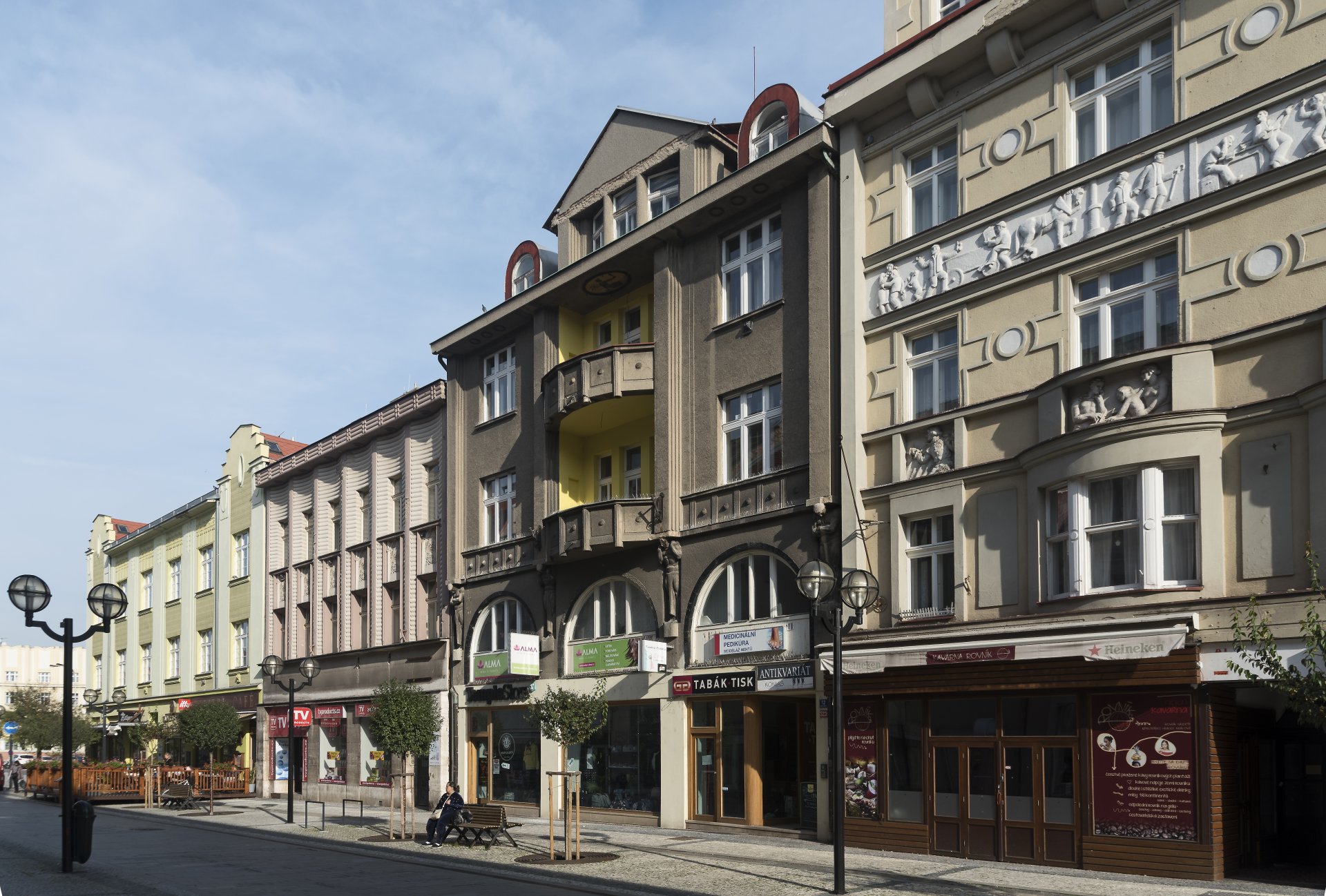 Josef Nevyhoštěný’s furniture company was, together with Karel Skuherský’s firm, one of the most important furniture companies in East Bohemia. Since its founding in 1899, it specialized in equipment for representational offices, hotels and bank buildings, but it focused on the residential segment as well. Beside other things, it provided furniture for the Museum of Hradec Králové designed by architect Jan Kotěra. As a leading company, it needed a representative building to present its furniture production and to attract new customers. For this reason, they asked Josef Fňouk and Oldřich Liska’s design and architectural firm of to design and build a house that would serve both as a store and a tenement house. The company also required storage facilities. In 1911, the general building plan by Václav Rejchl Jr. and Oldřich Liska, which addressed the high-profile location of residential blocks between Tylovo Embankment and Masarykovo (Husovo) náměstí Square, was completed. Therefore, Liska had to expect new height regulations and a new approval process for façades, added to the terms of construction management by Mayor František Ulrich.

The building for Josef Nevyhoštěný’s company was designed as a metropolitan house with a distinctive two-storey arcade for business premises. In the original project, the three-storey building featured neoclassical features (half-columns between the windows, three dormer windows terminated with a tympanum); the final project , however, included several changes influenced by German Art Nouveau and late decorativism. The original window grid and the first floor façade were completed with fluted pillars carried by telamons. The same decorative motif was also used in the design of the figural mosaic above the balcony on the third floor. In the yard, the architect designed a two-storey furniture warehouse. The construction of the house began in August 1911 and was completed on 20 August 1912 by Josef Fňouk and Oldřich Liska’s company.

The ground floor was designed as an exhibition space for the company’s furniture products. The central staircase situated in the centre of the store led to the first floor. The open space was defined by almost the entire floor area of the first floor. The added floor of the courtyard warehouse included a long room of company workshops. On the other floors and in the attic, Liska designed four-room flats with kitchens facing the courtyard and dining rooms facing the street.

The building’s exterior has been mostly preserved in its original state. The street façade still features double glass windows; the business premises on the ground floor have been modernized and the original display windows inappropriately replaced. Except for the changes in the balcony space, the façade has not undergone general reconstruction. The building is still used primarily for commercial purposes. 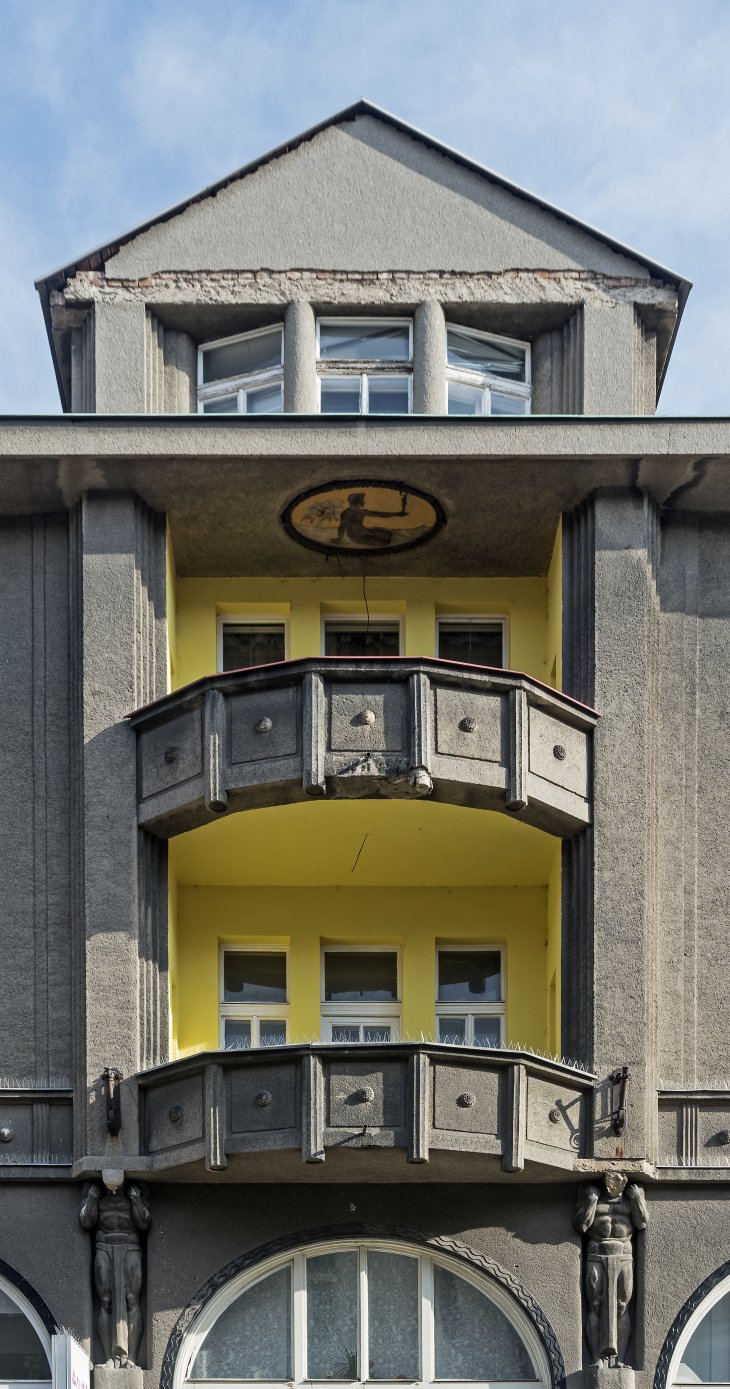 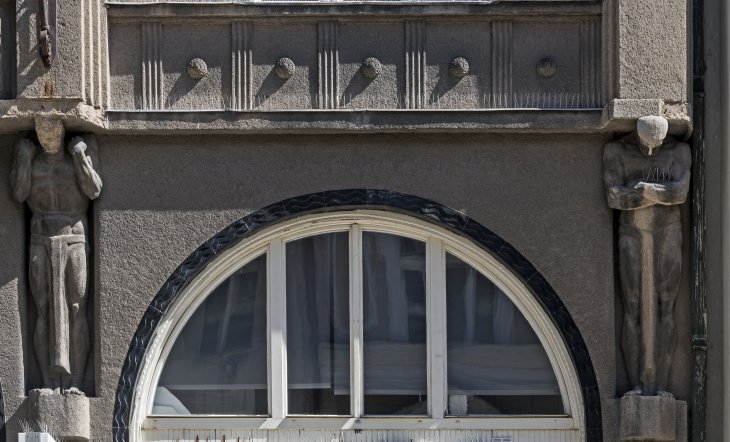 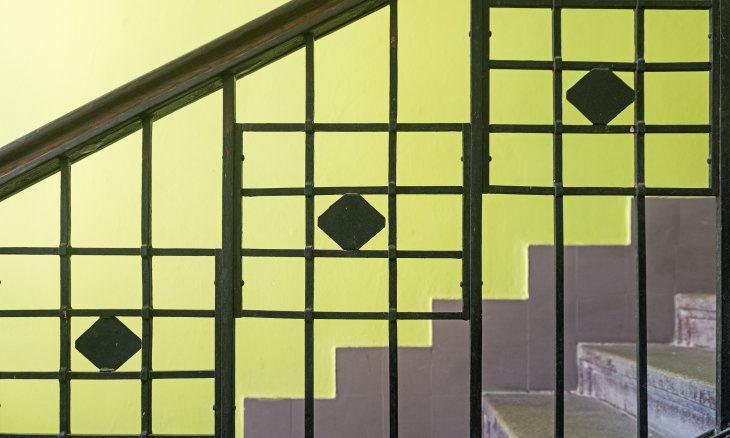 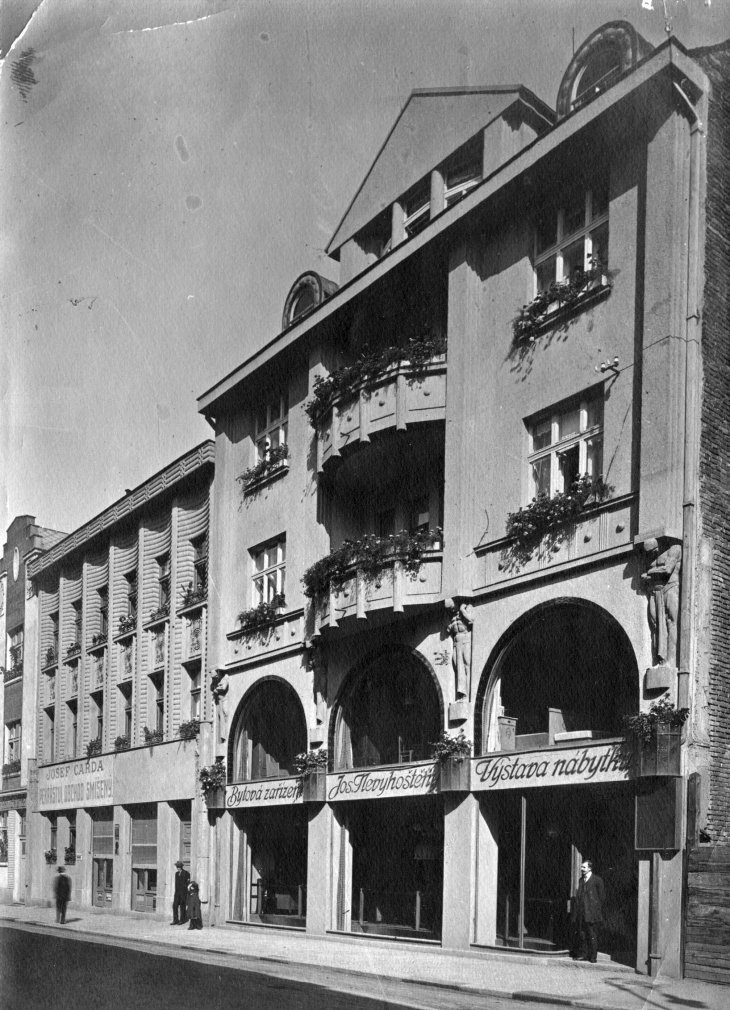