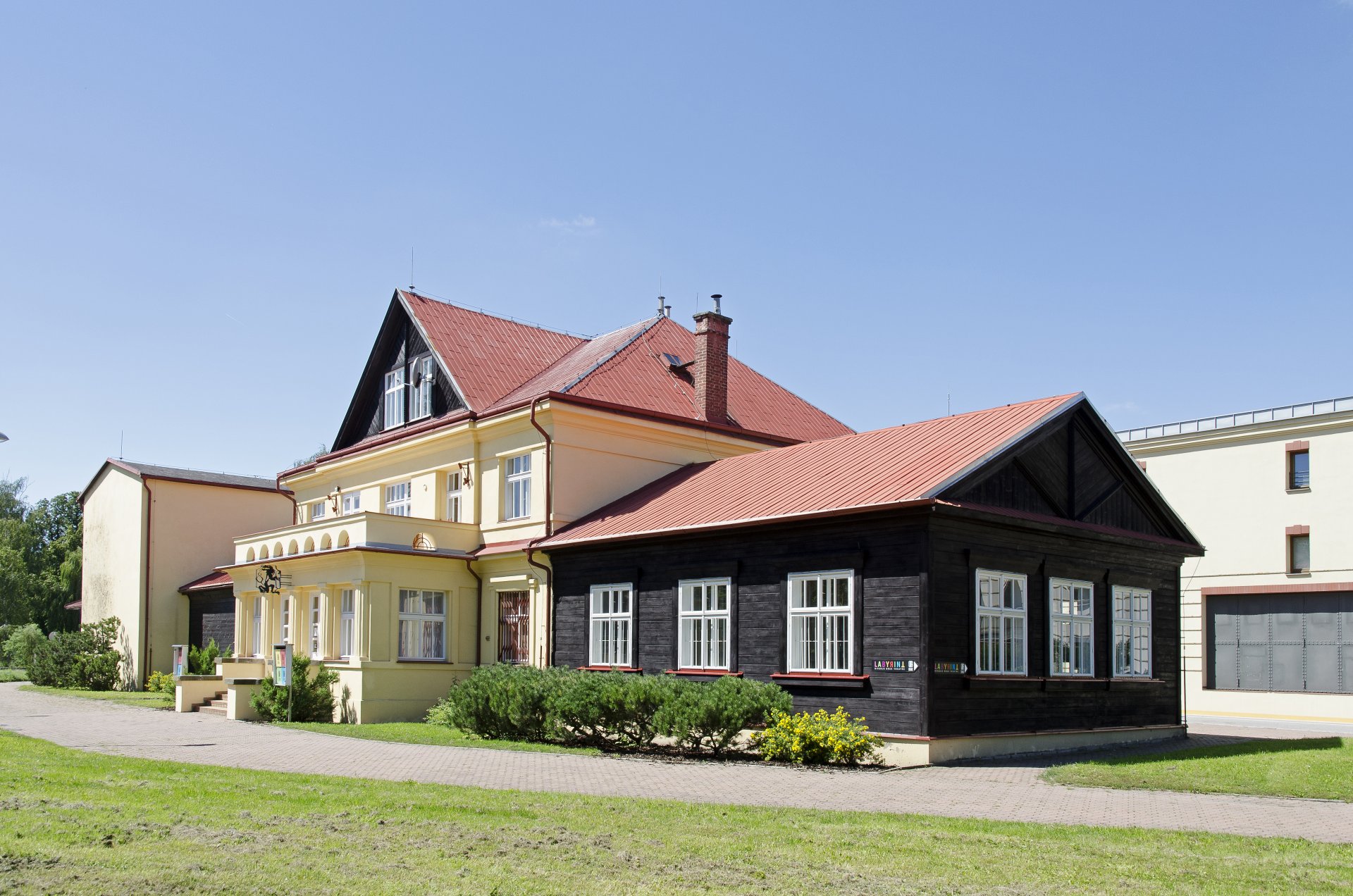 Students’ halls were established as a completely new social institution after the establishment of Czechoslovakia. In Hradec Králové, first, the “Students’ Hall of Residence” association was established, bringing together representatives of local secondary and vocational schools. It took a mortgage to build a new facility, which was to provide lunches for students from locations outside the city (including the still independent villages, townships and towns of Věkoše, Prague Suburbs, Kukleny, etc.). The association approached Václav Rejchl Jr., a local architect and builder. The project originated in the first half of 1922 and was approved by the city council on 7 August 1922. The facility was built between 26 August 1922 and 31 July 1923 and handed over to the use on 1 August 1923, so it served already in the school year of 1923/1924. The representative publication Hradec Králové a okolí (Hradec Králové and the Surroundings) described the facility as follows: “The Students’ Hall of Residence, founded in 1923, provides not only a suitable ideological environment but also social catering and shelter in extracurricular time to commuting students. In 1931, it was attended by 233 students of the 10 local secondary and vocational schools and issued a total of 22,801 meals. The facility also includes a dormitory for students attending school excursions and trips in May and June; during the holidays, it changes into a tourist dormitory. The maintenance costs – CZK 134,403 in 1931 and CZK 126,434 in 1931 – are funded partly by the revenues, partly by subsidies of the Ministry of Education, the city and the district that pay the interest and amortize the mortgage loan of CZK 130,000.”

The ground-floor building had two cellars in its rear part. The three-wing facility was built as a partial wooden structure: the southwest and northeast ground-floor wings were made of wood; the central entrance part with an upper floor was made of brick. There was also a vestibule carrying a balcony. A large hall stretched over the ground floor and the first floor. In the rear part of the central part, there was a kitchen and a bedroom; on each side, there was a dressing room, two toilets and washing facilities. The southwestern wing served as a daily space for boys, the northeastern wing for girls. Upstairs, there were three small bedrooms, two for boys and one for girls.

The architectural design corresponded to the revival of classicism in the early 1920s, including the fluted pillars in the entrance area, the profiled cornice between the ground floor and the upper floor, and the cornice separating the roof space. The decorative wooden gables on the side wings refer to rural architecture, which was popular at that time, while the semicircular ornaments on the balcony ledge refer to the popularity of rounded shapes. Marie Benešová characterizes the architectural style of the students’ hall as a classically conceived Rondo-Cubism and classicism.

Soon, the capacity of the students’ hall as a facility providing daily meals and accommodation to weakest non-resident students was not enough. After the reorganization of the social services system in 1948, the building was used for other purposes. In 1958, it became the seat of the newly established East Bohemian Puppet Theatre, later renamed to the Divadlo Drak Theatre. The puppet theatre is still housed there. The two former wooden parts were rebuilt into brick wings, and the southwestern one underwent major structural changes when it was converted into a theatre with technical facilities.

The students’ hall of residence is part of the protected urban conservation area in Hradec Králové. 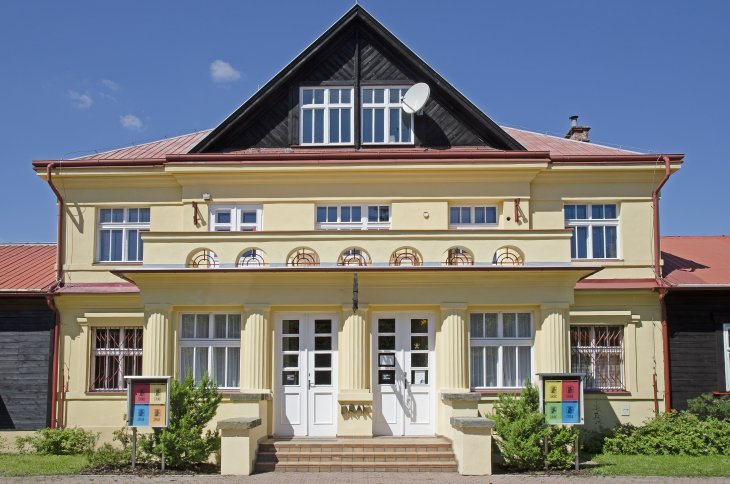 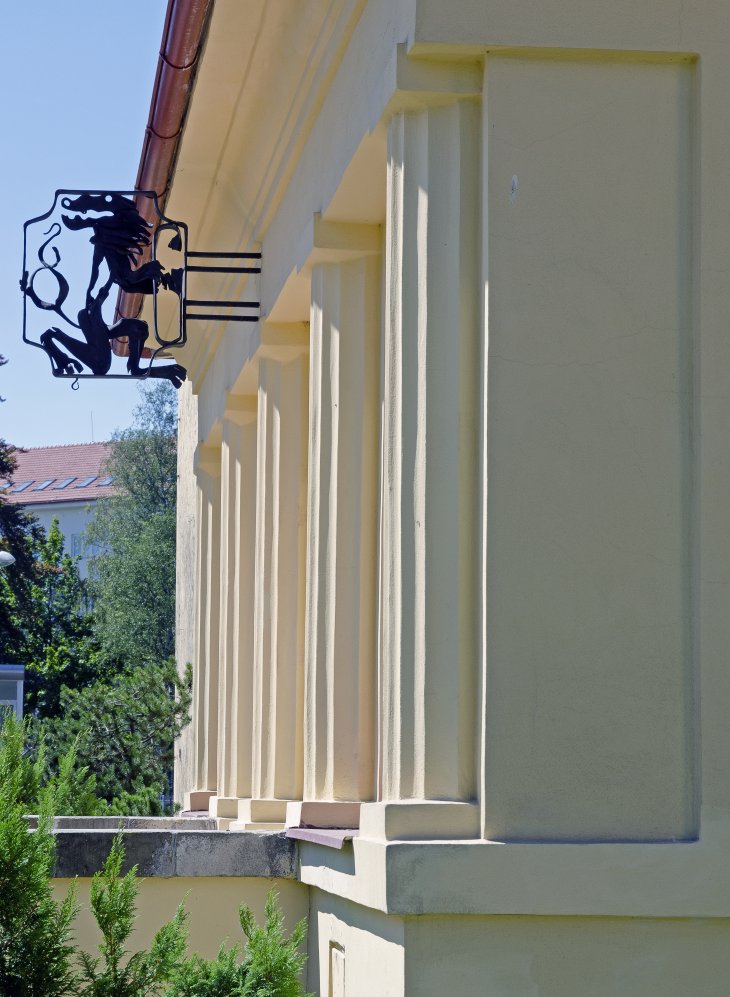 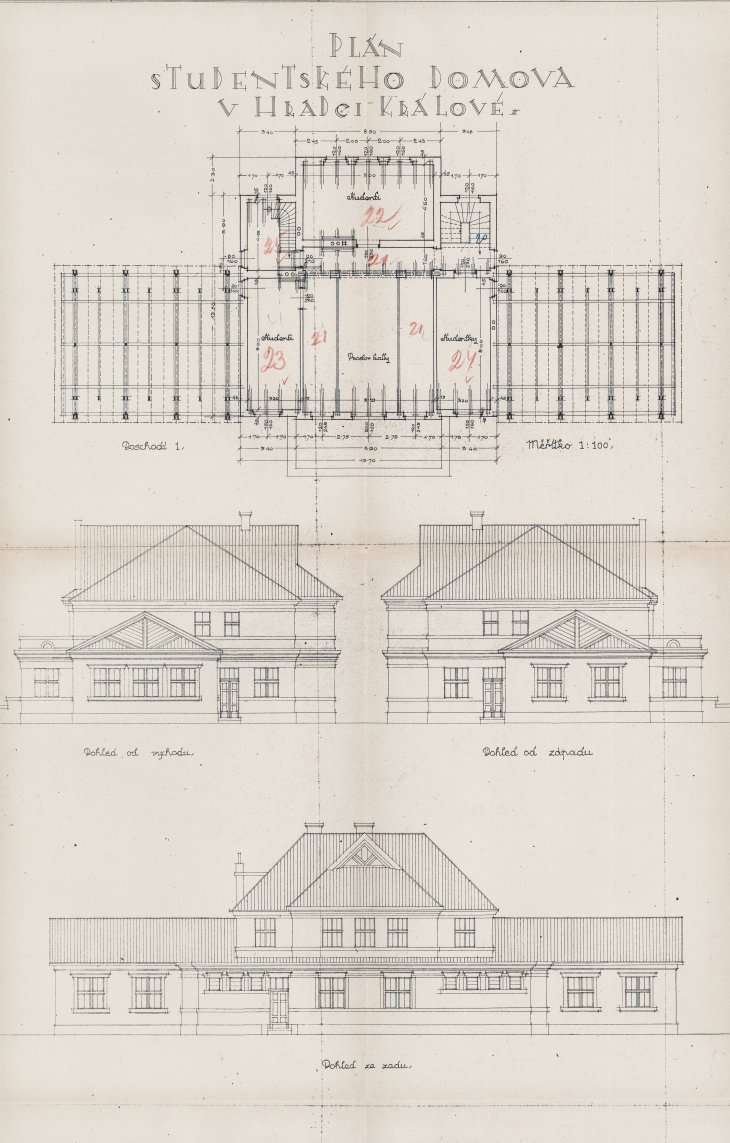 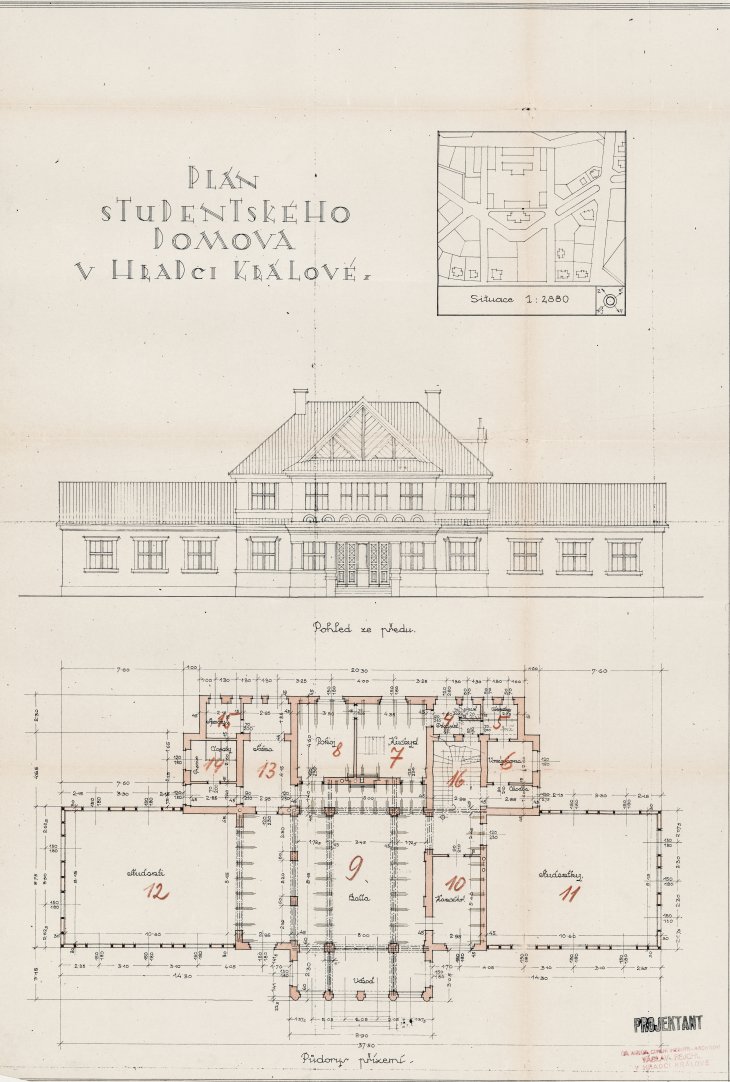 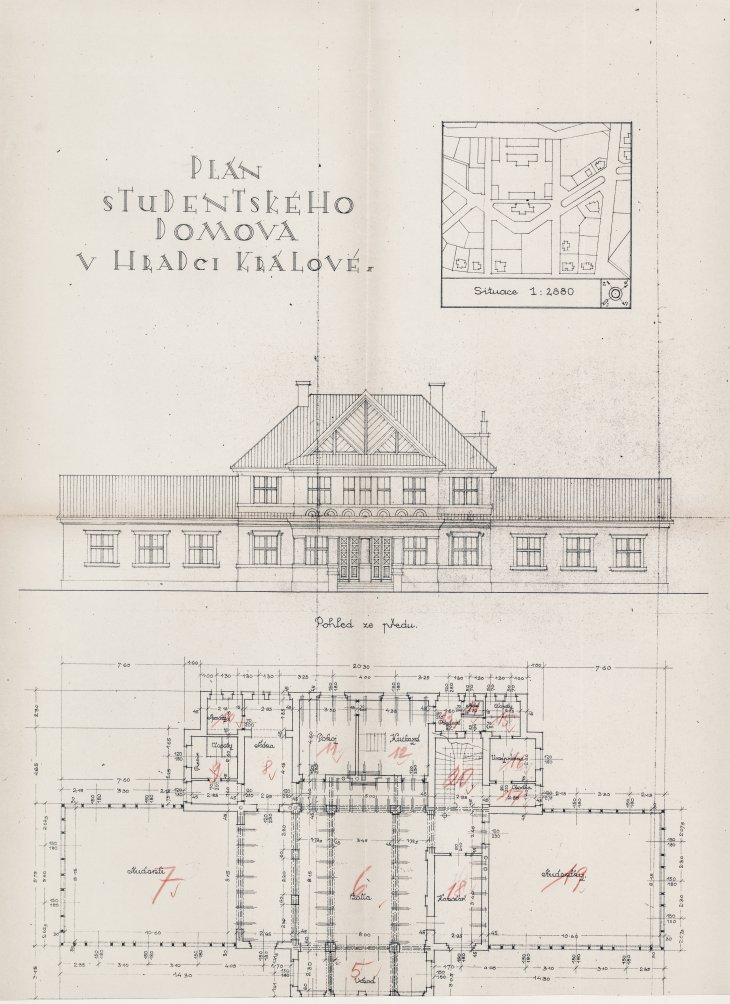