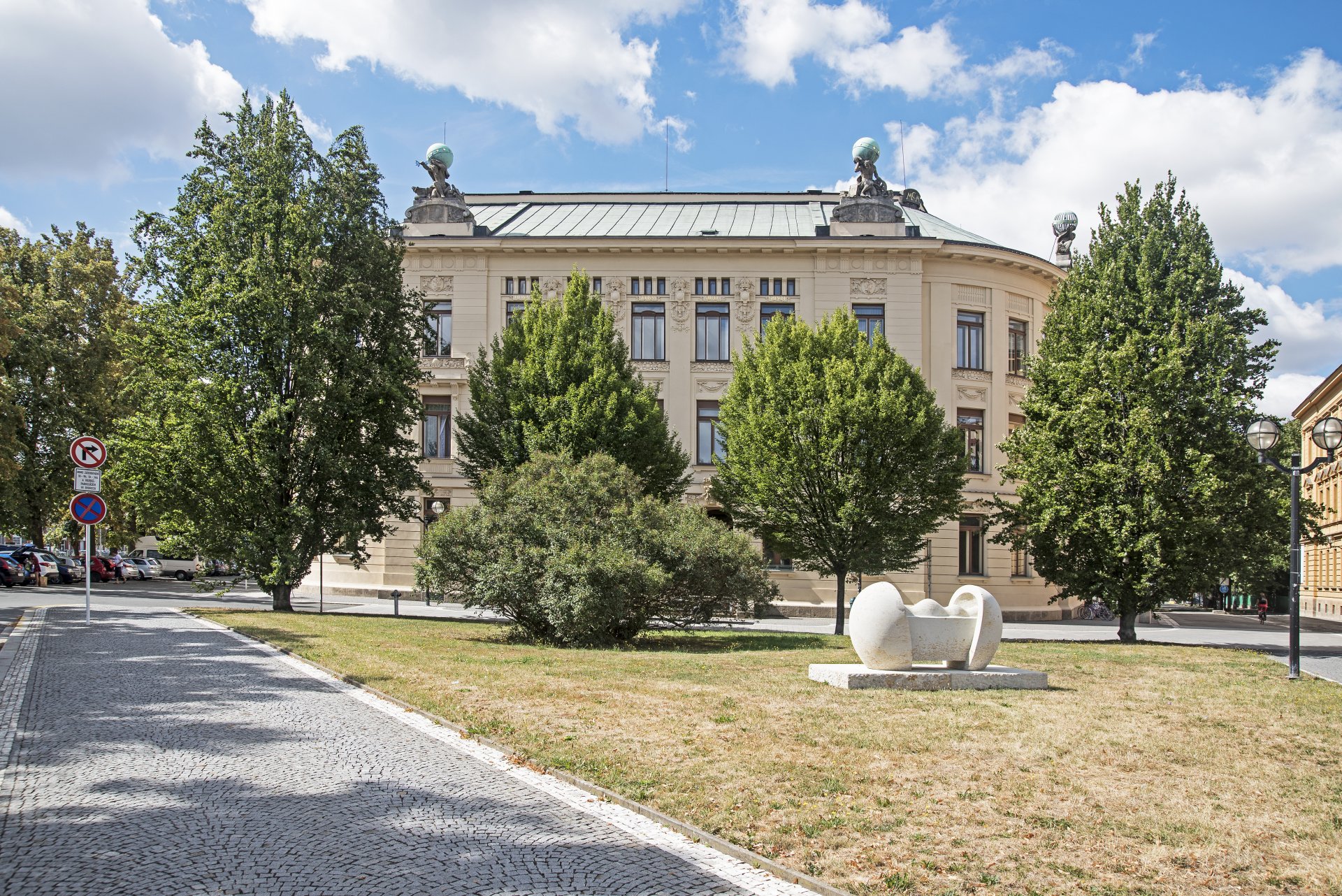 In 1895, The Committee for the Establishment and Maintenance of a Business Academy in Hradec Králové, whose statutes were drafted, among others, by František Ulrich, was established. The impetus for the establishment of the College of Economics (Business Academy since 1903) was given by Jan Vávra, the director of Záložní úvěrní ústav (The Credit Union); the bank then then donated 10,000 guilders. The establishment was initiated already in 1894, and thanks to František Ulrich, the school was opened in 1895. The new building was opened as the fourth business academy in the country on 15 September 1897. Mayor Ulrich’s personal taste played a crucial role again. In 1896, he declared he liked Otto Wagner’s Viennese school and asked his disciples to prepare the designs.

The plans by Hubert Gessner and Otakar Bém date to 1896. The architects won the competition against twelve other architectural designs. Their plan, entitled Mercury’s Stick, was awarded with five hundred crowns. Architect Kaur’s project Its Purpose was awarded the second place and three hundred crowns. All the twelve projects were exhibited for the general public in the theatre in Hradec Králové. The Academy was built by builder Čeněk Křička from Kolín by 1897. He participated not only in the project competition together with the architects (and succeeded in the competition for the design of a new school building in the Pražské Předměstí (Prague Suburbs)), but also in a tender for the construction, which he won with a 5% discount. The construction was supervised by the committee of the school board of trustees and the main city engineer, Tomáš Súhrada. In 1922–1923, the two architects, together with Oldřich Liska, designed an annex to the school building. The construction was supervised by the main city engineer, Tomáš Súhrada. It was built by K. Doškář.

A lot of artisans wanted to participate in the construction, and some of them offered their services at a discount. Builder Křička was responsible for the masonry work, sculptures, plumbing, tinsmithery, stonework, and roofing. Joinerery was ordered from carpenter Ossendorf of Vysoké Mýto. Locksmithery was carried out by locksmith Kulhánek of Smiřice. Painting was done by painter Petr and glazing by glazier Kopp, both of Hradec Králové.

The construction was fast, and in mid-September 1896, the ground floor and first floor were already built. On 22 March 1898, the Committee for the Establishment and Maintenance of a Business Academy had a general meeting, chaired by Josef Komárek who then officially announced that the school building was completed. He also reported on the construction and finances. In the report, we can find information on the roofing that started in November 1896 and was completed in September 1897. Classes started to be taught at the school in October. The construction costs were covered by loans from a savings bank, a credit institution, a credit union, and the school staff.

On 19 September 1897, “the building was quietly but duly consecrated”. The celebration, attended by all pupils and teachers, started with a silent mass in St. Clement’s Chapel. After the mass, a procession went to the new building, in the presence of special guests – representatives of the government, directors and teachers of local schools, and representatives of financial institutions. After the song “Hospodine, pomiluj ny” (Lord, Have Mercy on Us), the consecration of the building started with spattering all floors with holy water. Then everyone went to the “great hall” to listen to the speeches by dean Musil, chairman of the Committee Josef Komárek, Mayor František Ulrich, and the academy headmaster Josef Pazourek. In his speech, Mayor František Ulrich appealed to teachers: “Teach them discipline and morality since accuracy and honesty are still the conditions of a healthy trade; teach them tireless work and resistance against comfort that is the grave of any effort; instil wit, quickness and presence of mind and independent behaviour in them; teach them to respect assets, not to worship gold and profligate affluence, assets as a possibility to make more sacrifices. Let the school teach a generation that will make the country proud and create more national affluence.”

The two-storey building has a symmetrical thirteen-axis façade and rounded corners. Five entrances with forged bars (manufactured by the local Vocational School of Locksmithing) is guarded by a couple of sphinxes. The façade has rich stucco decorations and above the windows on the last floor, there is an inscription: “OLIVA, PACIOLO, SKŘIVAN, SMITH, ŠIMÁČEK”.

The sculptural decoration of the façade – two sphinxes guarding the entrance and four allegories of trade on the cornice – was made of sandstone by sculptor Jaroslav Maixner. The sandstone allegories, holding the globe on their shoulders, are represented by two men and two women. The sphinxes were put in front of the entrance at end of September 1903. They were designed by Maixner and created by Hátle&Wejs company in Hořice. On the roof, there is the dating “MCM” on two sandstone slabs. In the entrance hall, there are the names of the founding members of the academy and members of the first board of trustees on a marble slab. Another slab includes the names of the architect, the author of the statues, and the builder.

The staircase between the two sphinxes leads to an elevated floor. Behind the entrance, there is a double staircase with forged railings. It leads to the hall with classrooms and teacher’s rooms on both sides and to the staff room, library, classrooms for microscopy, room for collections, chemical teacher’s room and chemistry classrooms.

The building was designed by Otto Wagner’s students, and the academy building became the first Art Nouveau building not only in Hradec Králové, but also in the Czech lands. Karel Herain, a contemporary critic, called it the first atypical building in the city. Unfortunately, we do not know the reaction of the public, but its modern architecture certainly did not impress private builders. The new building “marked a significant turn in the current architectural orientation of city officials. The community and the architectural schools said farewell to the historicist architecture and headed towards a new, modern architecture.”

Mayor František Ulrich described the building in his official speech at the consecration of the building in the following way: “A decent and proper building is a prerequisite for a successful development of the school. We do have a decent building; therefore, we believe in good future of our new institute. Our school is attended by many without doing harm to older sisterly institutes and enjoys the patronage of all competent representatives.”

After the exhibition of the competition designs, local press wrote: "We preferred the winning plan, designed by Viennese architects Ot. Bém and Hub. Gessner. The exterior makes the best impression, and the elegant building will surely decorate the waterfront. Its practical solution is also very effective: all rooms are reasonably large, airy, well lit, and conveniently situated on the upper floors. Small flaws, criticized by the jury, can be easily removed... Now it is necessary to make some preparations and proceed with the construction since it is beyond doubt that our business school, if it is to thrive and be what we wish it to be, must have its own building. The sooner it is built, the better.” 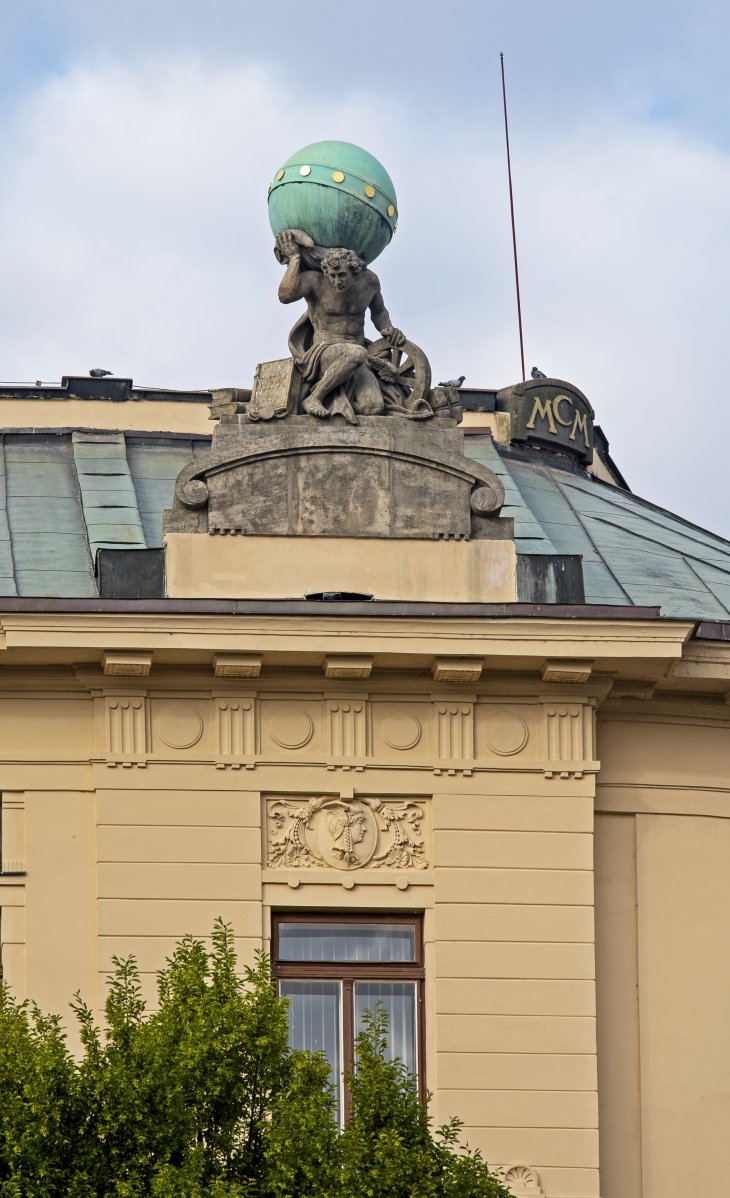 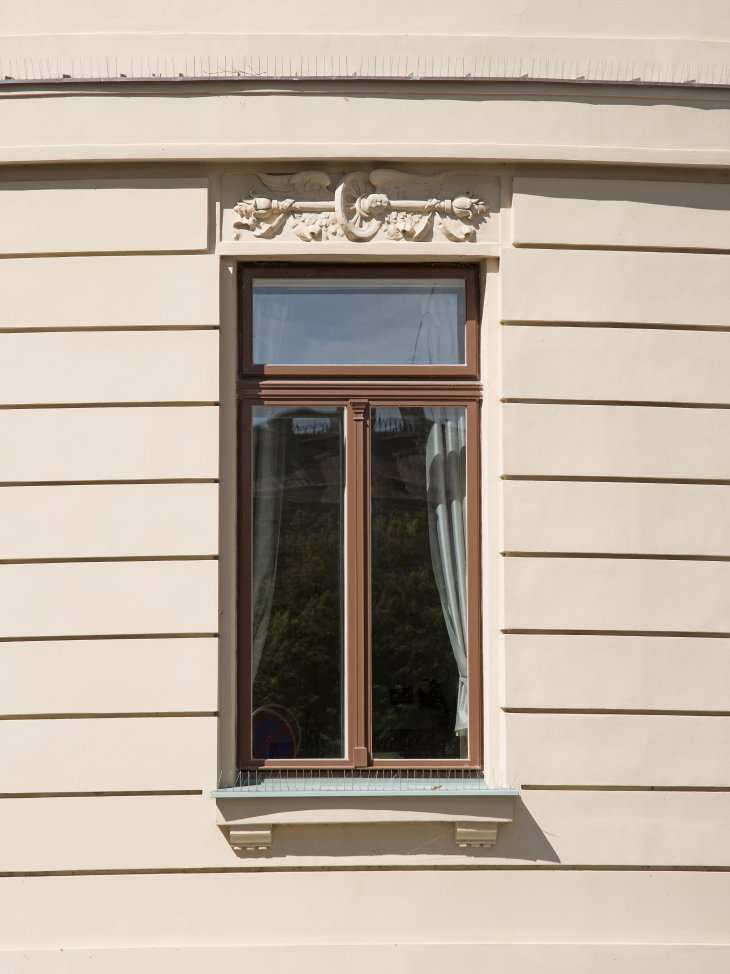 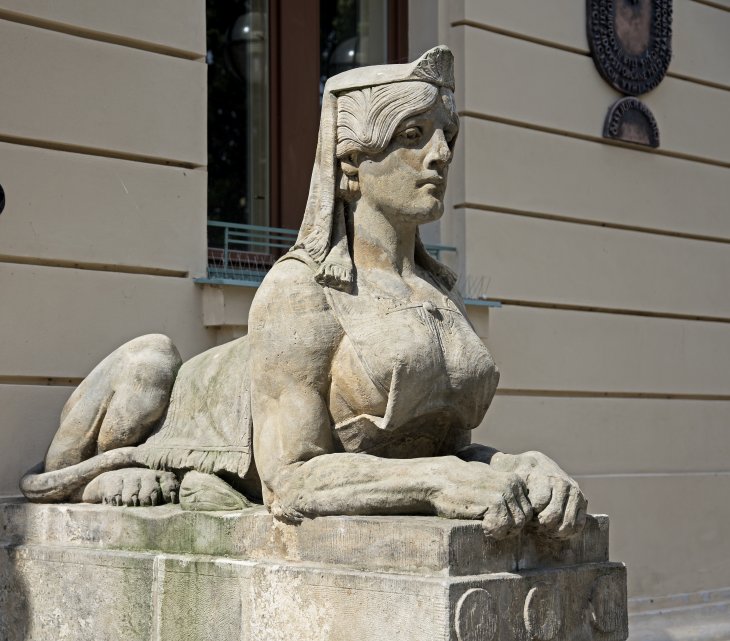 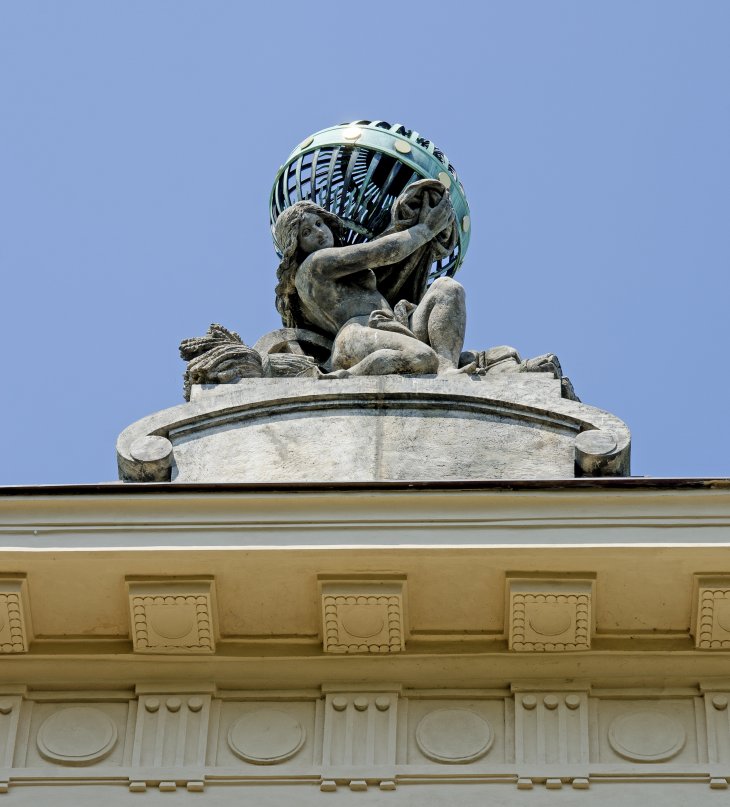 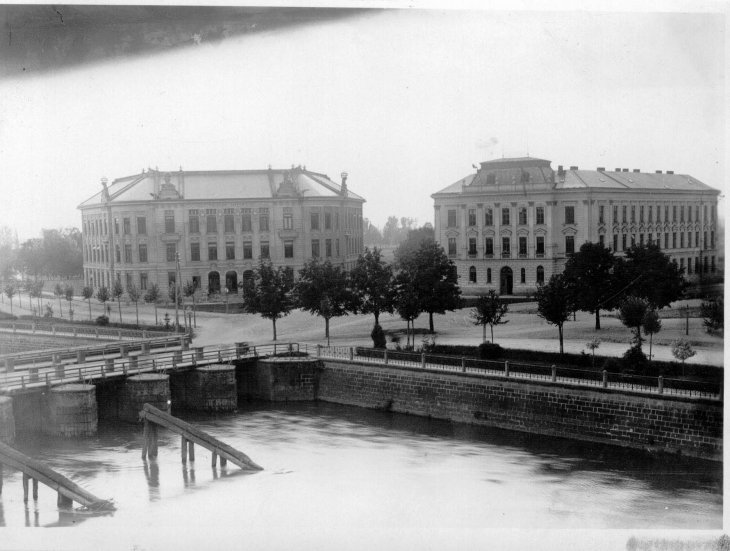 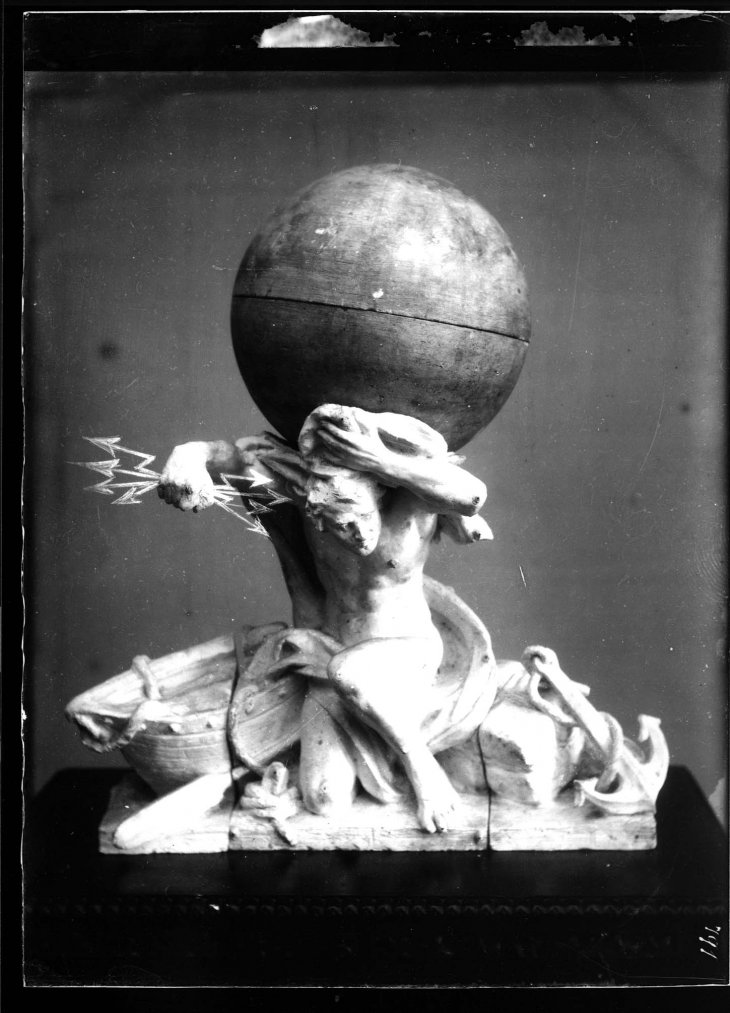 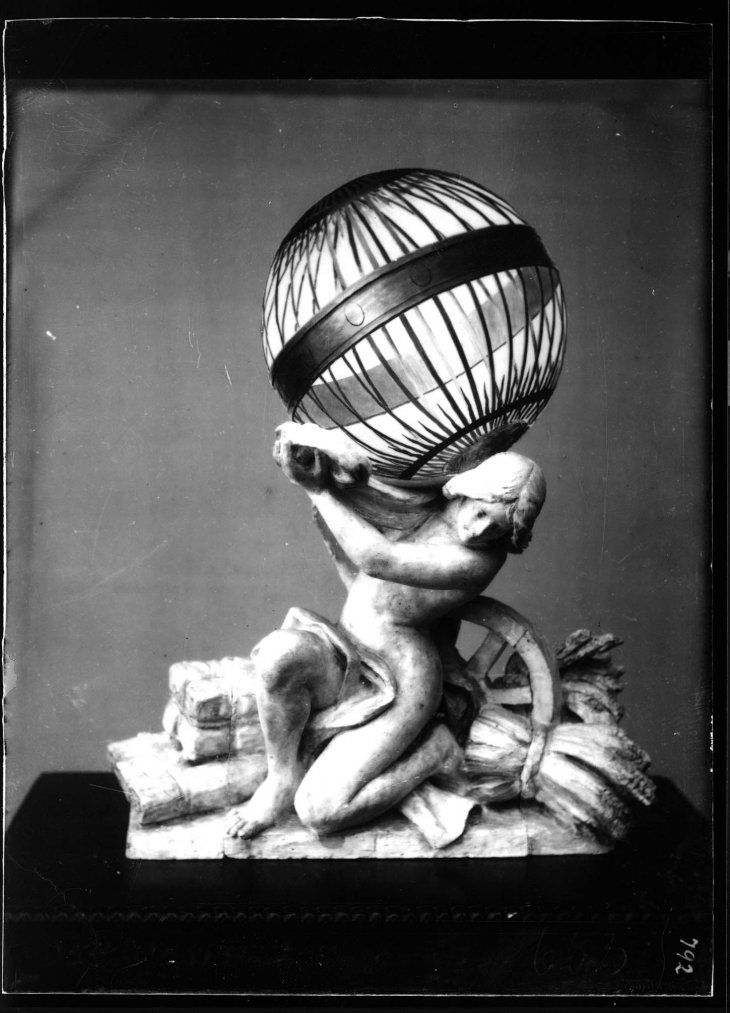