Church of the Sacred Heart of the Lord 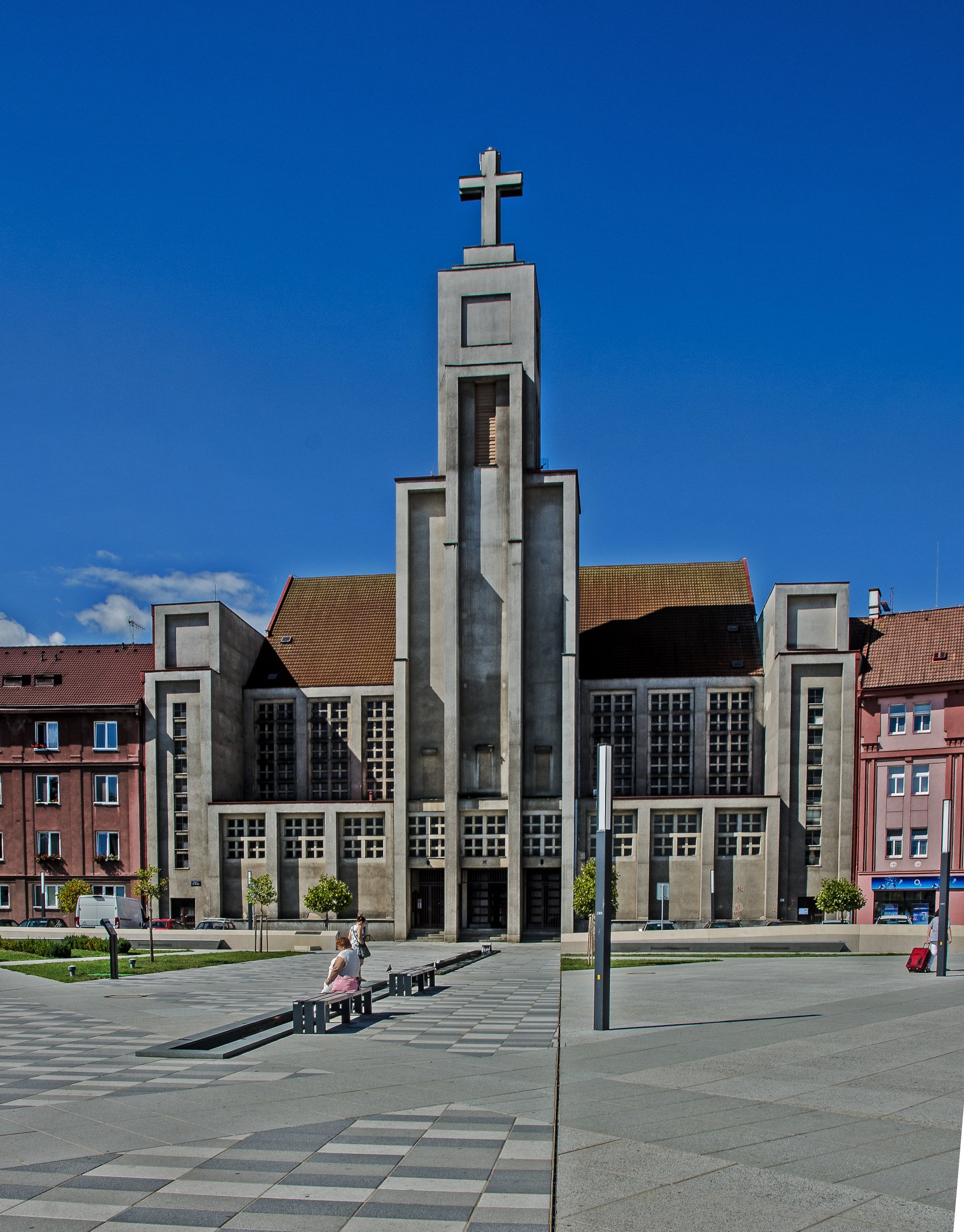 After 1918, when the Catholic Church saw a large outflow of its members, the church leaders wanted to modernize its image. One way to do this was to build new temples. The Hradec Králové bishopric was no exception. Based on the initiative of the local branch of the Czechoslovak People’s Party in the early 1920s, it decided to build a new church in the municipality of Prague Suburbs, which was then independent of the city. Several active citizens, headed by Dr. Jan Sobota who was the driving force and a capable organizer, founded the Association for the Construction and Maintenance of the Church in Prague Suburbs. The association was supported by Bishop Karel Kašpar, but it had to raise the funds. The first financial contribution was the inheritance of CZK 5,000 crowns after Josef Doubrava, the bishop of Hradec Králové who died in 1921 and was allegedly enthusiastic about the idea. While the Association members proclaimed, “We begin with the help of God”, a number of parishioners started to contribute to its fund soon. In 1925, the Association could pay architect Bóža Dvořák from Pardubice who designed a small neo-baroque chapel on a plot area of just 630m2. The plot, however, was not satisfactory and the local Catholics had greater ambitions than just a chapel. Therefore, they took advantage of the situation when a high-profile plot in Prague Suburb was not bought by the Czechoslovak Socialist Party, which wanted to build a cinema there, and bought it for CZK 86,170. A new project for this plot was designed by architect Anton Schneider. The church was incorporated into the block development, but it had two towers with a massive segmental pediment in between. The design was in a modern baroque style, which seemed to be popular with the local Catholics. Schneider’s design, however, was not recommend by experts, including Prague architect Kamil Hilbert, who was asked by the district committee to share his opinion on the project. Designs by Bedřich Adámek, the main architect of the city hospital complex, Pilsen architect Josef Pechan, and architect František Jaroslav Černý followed. Based on them, the final project was designed by architect Bohumil Sláma.

His project was mainly a demonstration of modernity. The longitudinal space was vaulted by 19m reinforced concrete arches with a span of 18 meters. The central tower, decorated with a massive cross, is 46m high, dominates the suburb and is an architectural wonder: it weighs 168 tons and is based on a 80cm thick reinforced concrete plate. The cross had a symbolic significance: “This cross powerfully and movingly touches the viewer’s soul, ignites pious hearts, stirs the cool, and strongly shows its memento to hardened hearts,” wrote Catholic magazine Štít.

The interior decoration is very simple. Unlike earlier veneration of saints, piety is focused on holy places, which can be seen as an example of reform efforts. The side chapels are dedicated to the Holy Sepulchre and the Nativity. The use of the Greek cross in the interior (on the wall lamp consoles, the church gallery railings, etc.) refers to the initial idea of the early Christian church. The altar with a marble statue of St. Wenceslas was made in Hořice several years after the consecration of the church in 1932 according to the modeletto by sculptor Miroslav Vávra. It was consecrated a few hours before the signing of the Munich Agreement in 1938.

The construction of the church was the beginning of the competition for the “first modern Catholic sanctuary” between the builders of the Hradec Králové church, the Church of St. Wenceslas in Vršovice, the church of Cyril and Methodius in Hejčín, and the Church of the Sacred Heart in Prague-Vinohrady. Štít magazine wrote that the foundation stone of the church in Hradec Králové was laid on 28 September 1928 and was the first one. The building was unique, however, thanks to other qualities: “No [church] is as popular with the entire population as the one in Hradec Králové.”

The architectural design by Bohumil Sláma was not simple. The architect tried to combine monumentality required by the Catholic Church, in contrast to the Czechoslovak Hussite Church, and the latest trends in architecture purism in a plot of land squeezed in the block development. In these respects, the Sláma’s design is not comparable to the most avant-garde architecture, but the Catholic Church, it was one of the pinnacles in the effort to modernize its architecture; moreover, it was also a very original creative achievement.

The Church of the Sacred Heart of the Lord is an immovable cultural monument No. 25457/6-4535, registered on the Central List of Cultural Monuments of the Czech Republic (ÚSKP) and part of the protected urban conservation area in Hradec Králové. 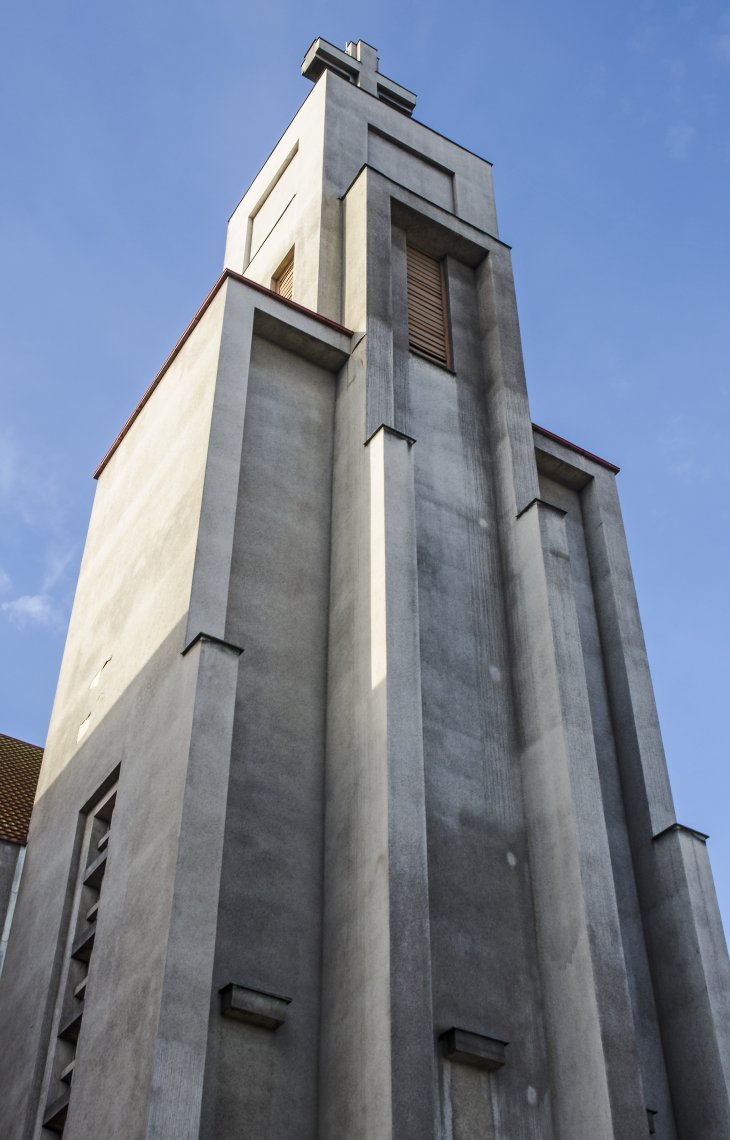 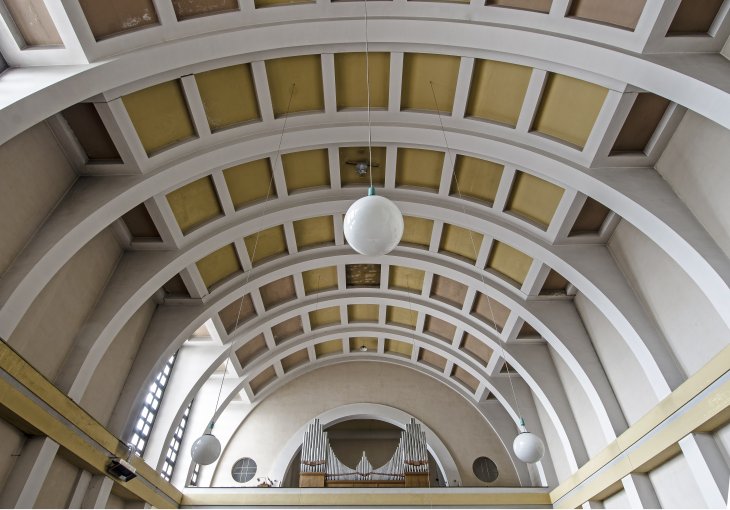 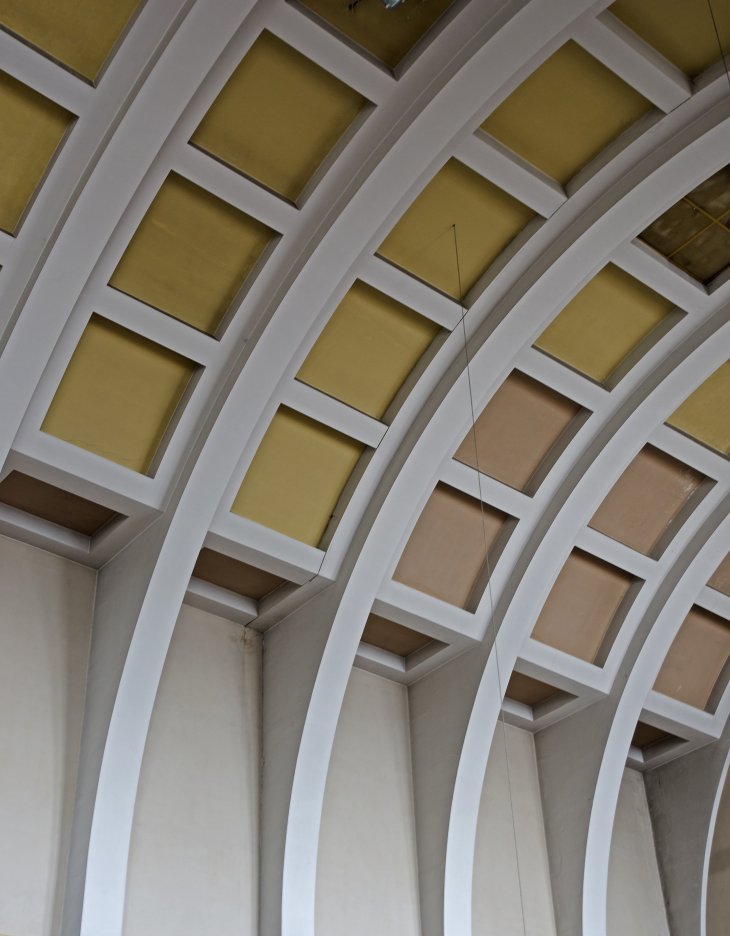 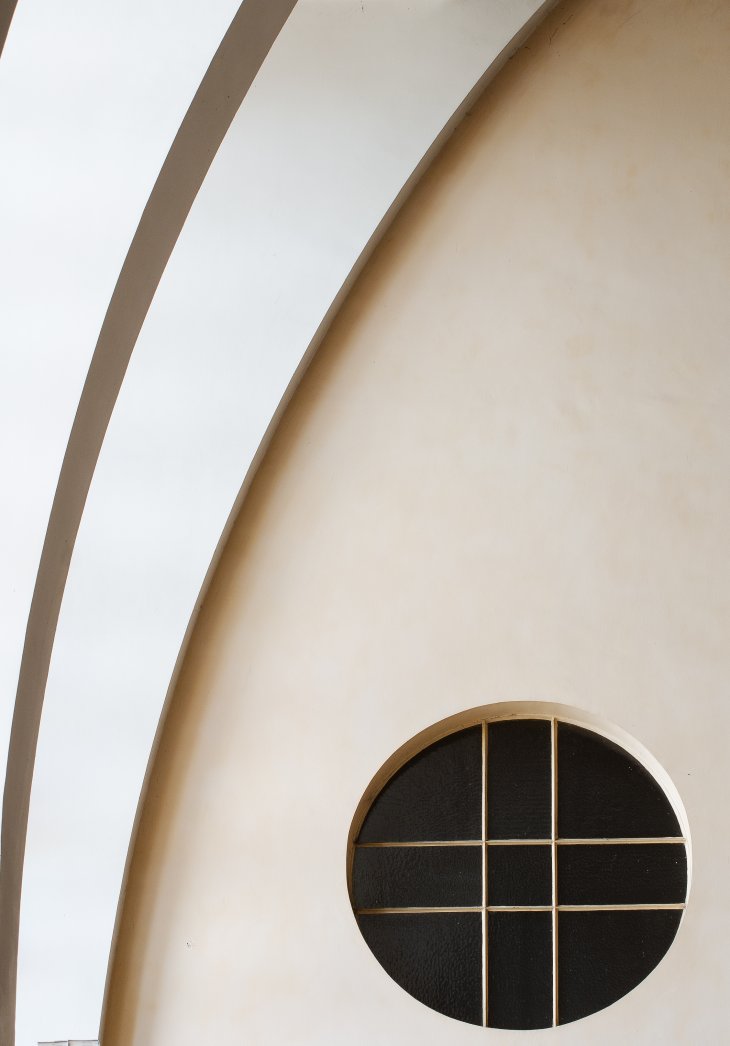 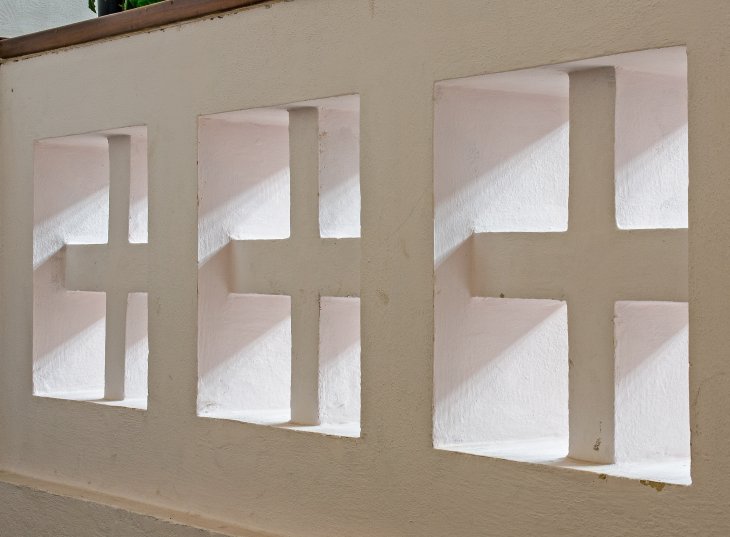 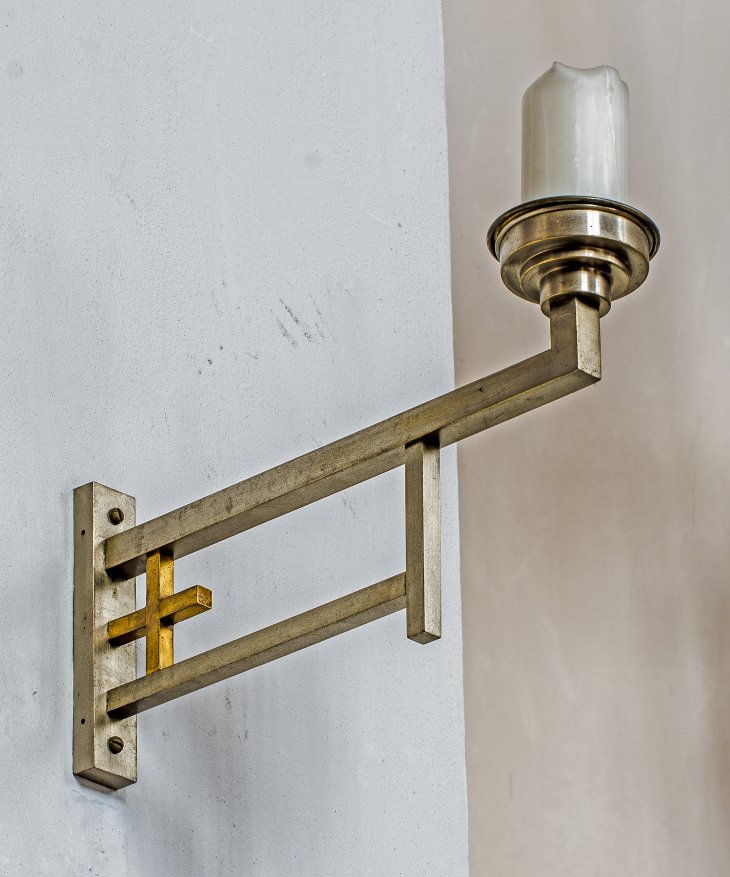 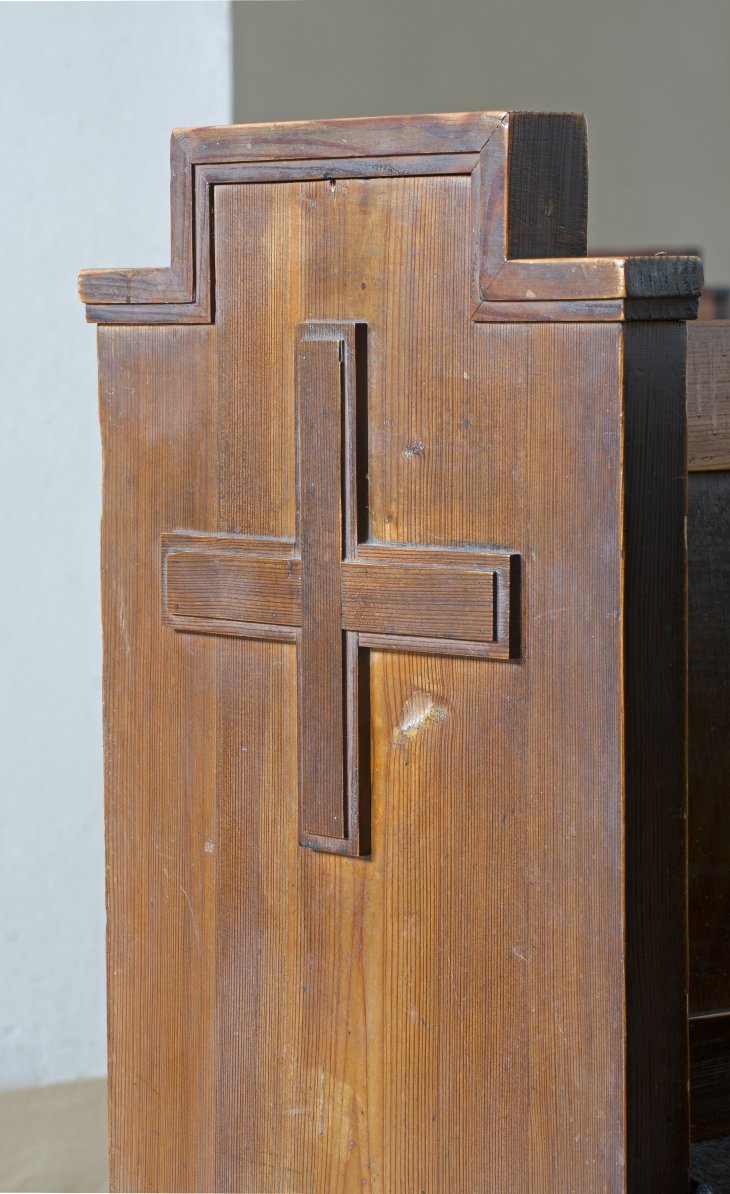 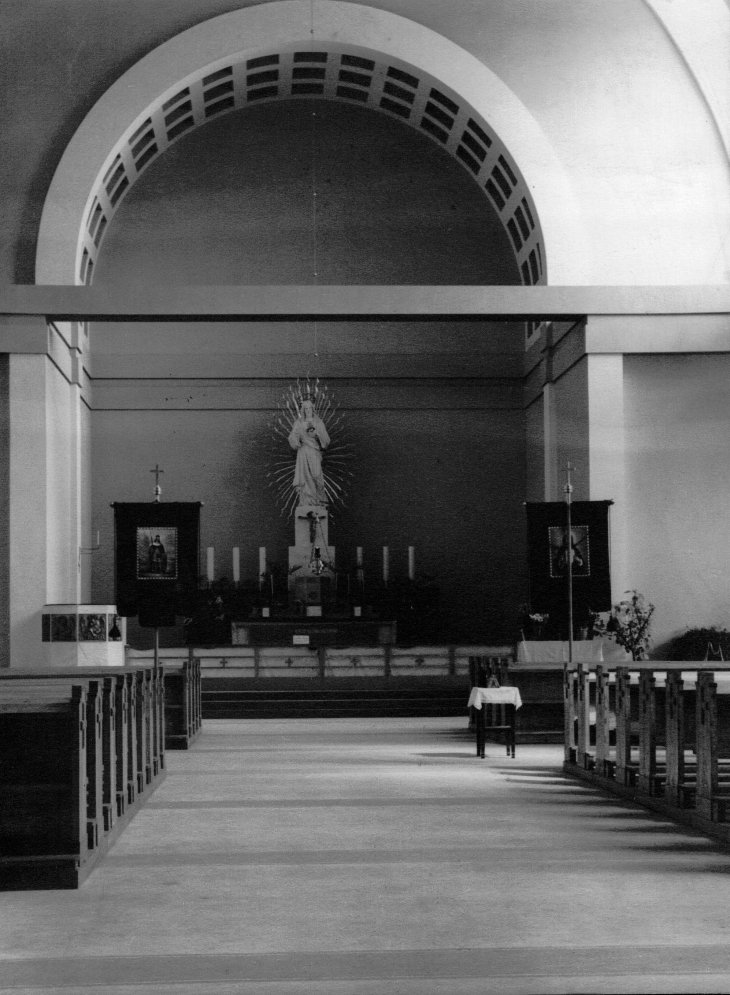