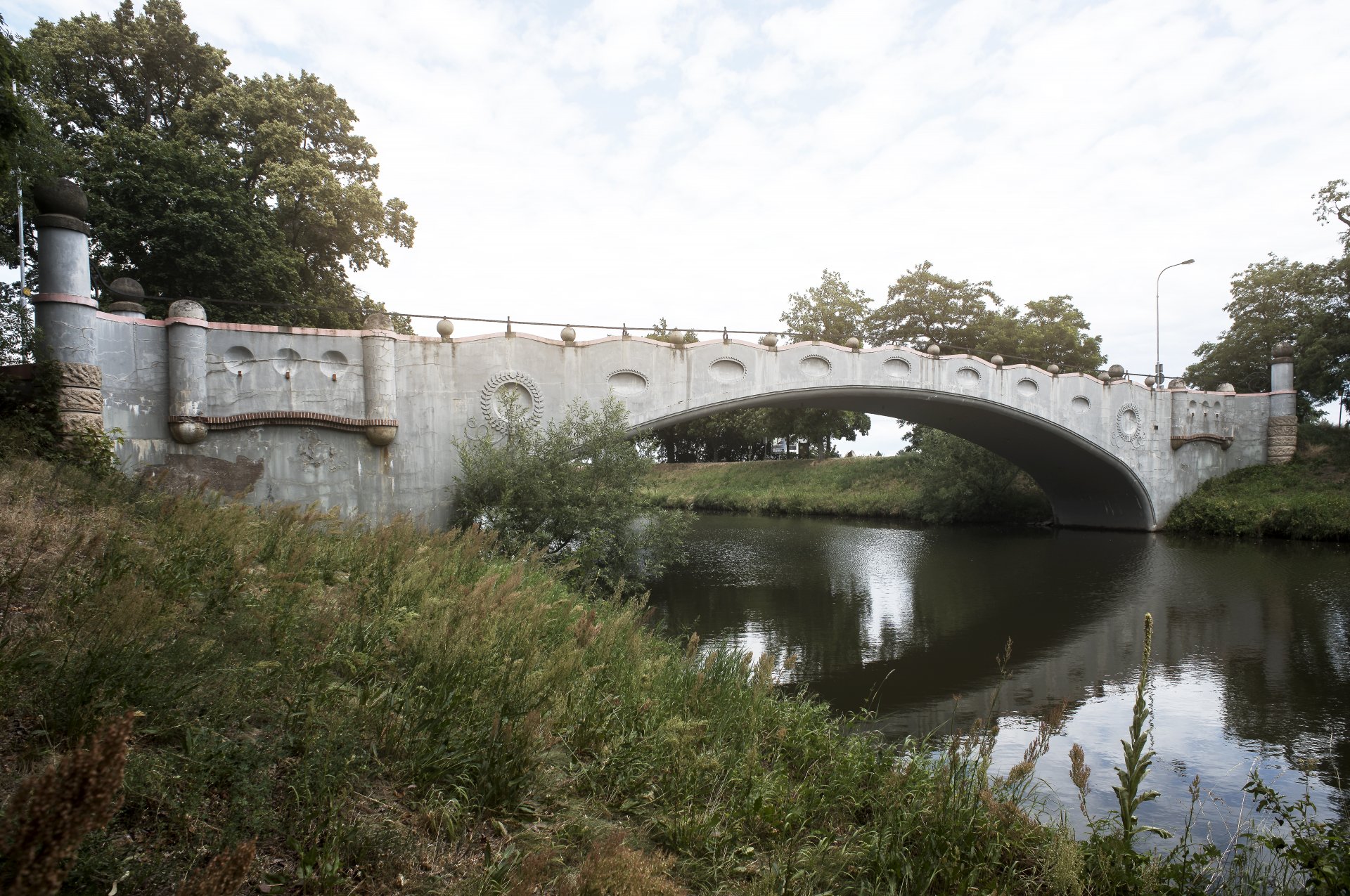 The remarkable Art Nouveau bridge, which improved the route between the villages of Plácky and Věkoše, was built at the very edge of Hradec Králové between 1911 and 1912. It was designed by František Sander, a renowned architect of hydraulic structures. It was not his only local project – he had already designed the new weir below the old town.

Since the late 18th century, there was a small wooden bridge near the Kydlinov mill, which did not meet the contemporary requirements. Its fate was sealed in 1907 when the extensive regulatory work on the Elbe River started. The rectification of the riverbed in the district of Hradec Králové shortened the flow length of nearly 5 km, i.e. almost a fifth (from 22.2 to 17.5 km). As part of this project, the old fortress bridge in the city was removed and the so-called “Humming Weir” demolished in 1910. Both the constructions caused the most damage during high water. Immediately after that, the new bridge Prague Bridge and the above-mentioned Sander’s modernist weir with a power plant (150 m below its original location) were built. Between 1914 and 1916, a movable weir in Předměřice nad Labem was built and more weirs near Skalice were designed, one of them near Plácky; however, the plans never materialized.

František Sander was asked to design a new bridge near Plácky. He designed a reinforced concrete bridge with a low arch and two massive pillars on the river banks. The Art Nouveau décor of the bridge is impressive. The extended entrance to the bridge on both the river banks is defined by spectacular pylons with spherical heads; this motive in the form of half-columns also decorates the pillars. The bridge deck then narrows and carries a single track with granite paving. On the side walls, there are recessed round and oval niches; on the top, there is a wavy railing wall with sandstone balls. All the balls are connected from above with a steel profile. The ornamental effect is strengthened with a combination of materials – in addition to concrete and stone, there is face brick edging – a kind of reference to the tradition of local architecture. The bridge was approved and put into operation in the spring of 1912.

In addition to Plácky, the originality of Sander’s designs – with highly functional shapes and ornaments and a kind of “water poetics” – can be seen at one more place in Hradec Králové, the small bridge at the local waterpark, which was built in 1914.This bridge spans across the remnant of the mouth of the Piletický brook and the Elbe River; the brook stream was later diverted to the north.

The road bridge in Plácky is an immovable cultural monument No. 46464/6-4333, registered on the Central List of Cultural Monuments of the Czech Republic (ÚSKP). 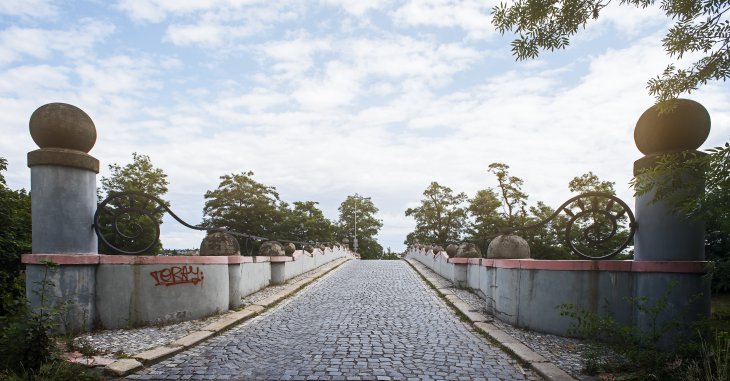 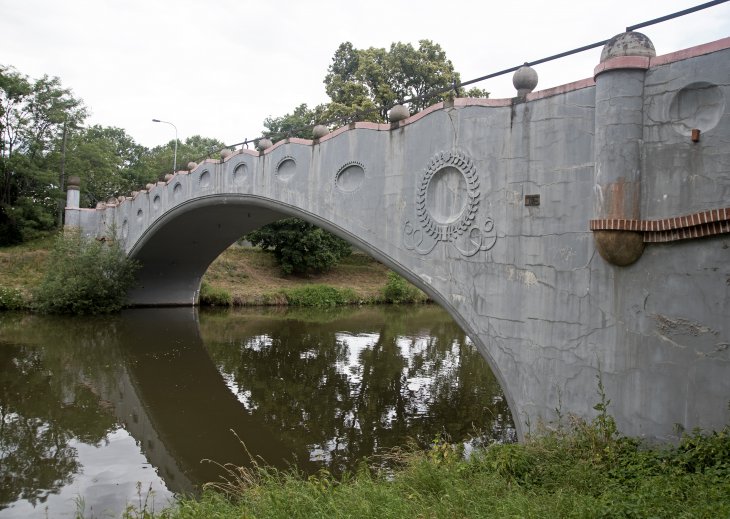 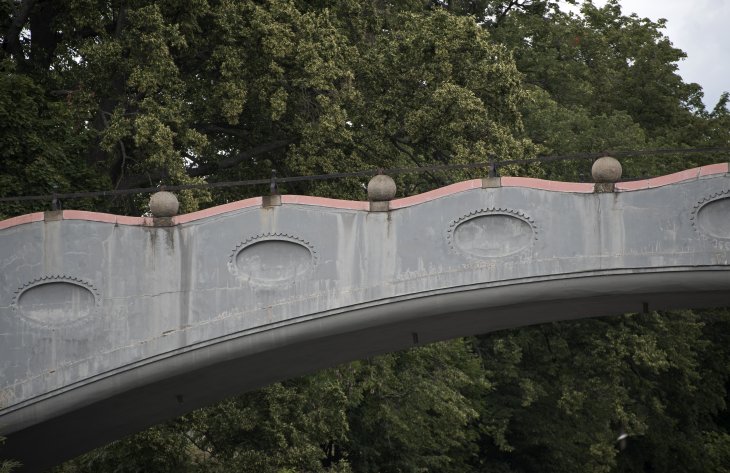 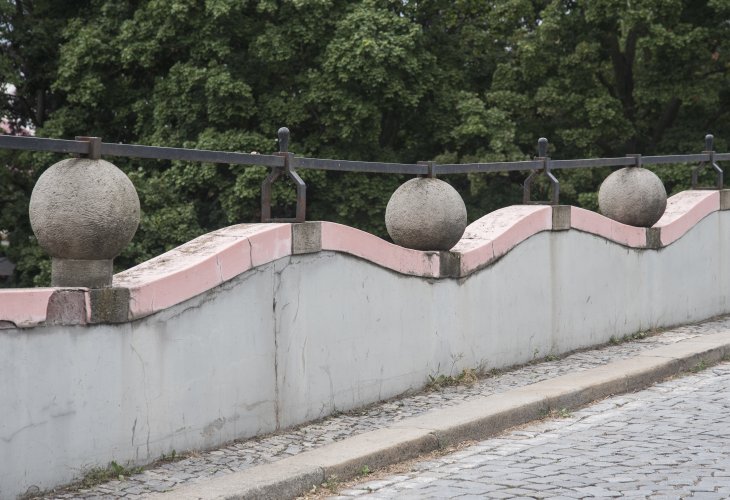 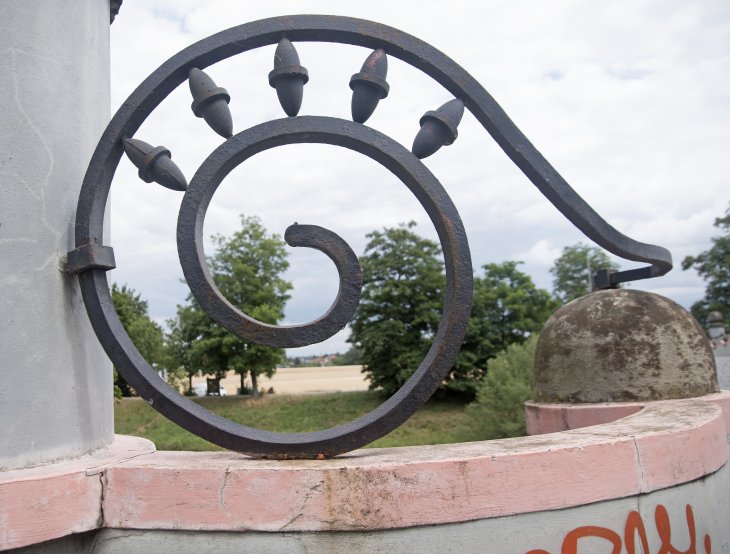