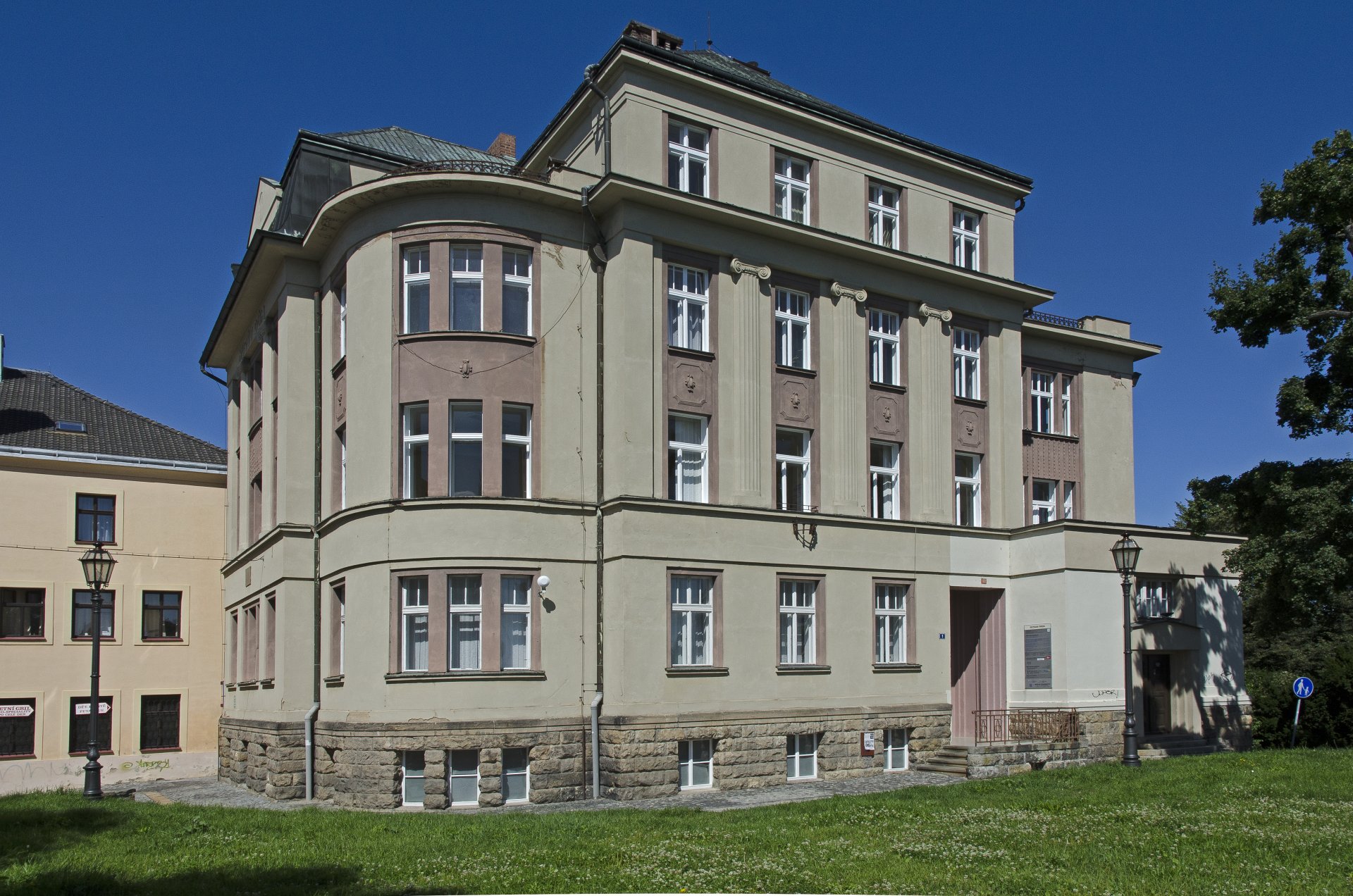 In 1908, the Augsburg branch of the Evangelical Church, which until then had only a small office in Černilov, planned to build a magnificent building near Kavčí plácek Square in the old town, on the first ring road – on the axis of the new boulevard, today’s Pospíšilova Street. The church approached architect Josef Gočár, who had just founded his own independent studio and whose contracts he had won thanks to his short engagement in the Jan Kotěra’s project of the city museum had not materialized yet. Gočár designed a monumental building a tall tower, a modernist façade decorated with geometric textures, a prayer room on the square slope, and a closed dome-in the shaped of an elliptical arc. The oversized generous project, not unlike Gočár’s competitive design of the Old Town Hall from the same period, exceeded the price range of the church and was probably a too confident and brave gesture that did not take into account the representative needs of the church, or the historical context of the surrounding houses.

Three years later, architect Václav Rejchl, who was a member of the administrative committee of the Evangelical Church of Czech Brethren, designed a much more moderate, traditional building on the same plot of land. The three-storey building on the nearly square plan included a dining room, a prayer room and a reading room on the ground floor, a flat of the caretaker on the first floor, six bedrooms for evangelical students, the prefect’s room and the infirmary on the second floor, and a laundry room, a terrace and two more rooms on the third floor.

The simple façade has lesene frames and pilasters with Ionic capitals extending to first and second floors. Between the windows, there are panels with Art Nouveau decorative friezes. The simple, eclectic style of the façade ornaments, combining features of classical architecture, Art Nouveau geometric ornaments and Art Deco stucco garlands, was a characteristic example of Rejchl’s designs created at the turn of the 1910s and 1920s. The very limited ornamental decoration can be attributed to both the price range of the owner and the contribution of Václav Rejchl Jr. who brought modernist impulses to his father’s architectural production. At that time, he was finishing his studies at the Technical University in Prague and the involvement in his father’s office was a compulsory learning experience for him.

However, immediately after 1919, the Evangelical Church of Czech Brethren did not have much use for the building in the old town (except for the prayer room with a separate entrance and a garden) and decided to lease it to the city of Hradec Králové. The city established a girls’ boarding school there. The adaptation included a massive reconstruction: ten larger rooms, eight smaller rooms, three storerooms, and two basement rooms were rebuilt into six three-room flats with kitchens. In 1940, the building was converted into a German girls’ dormitory. Prokopec-Rainberg Company added an elevator and rebuilt some of the facilities. The water heating system was rebuilt as well; Kaloria Company added a new boiler worth around 11,420 crowns. More minor structural changes were made as well, for example, partitions were added and some of the bedrooms merged together. In the courtyard, a pigsty was built but it was soon torn down.

The Czechoslovak Hussite Church is an immovable cultural monument No. 18764/6-4885 XY, registered on the Central List of Cultural Monuments of the Czech Republic (ÚSKP) and part of the protected urban conservation area in Hradec Králové. 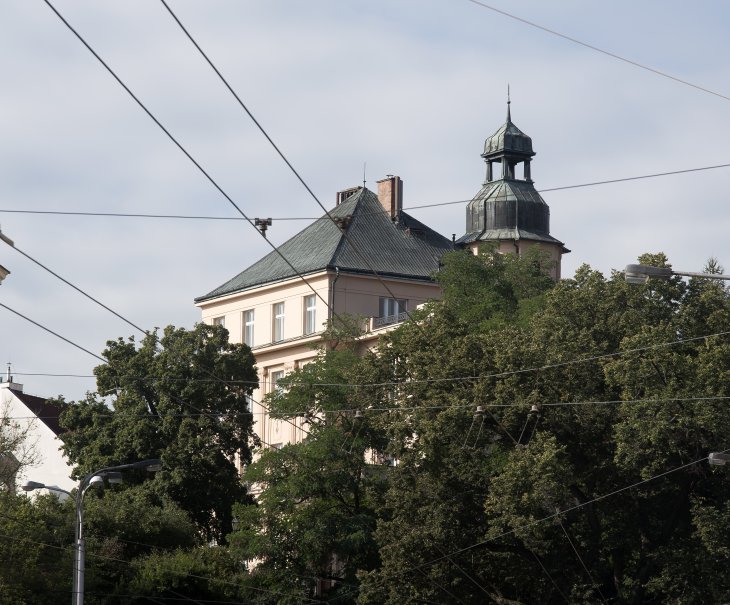 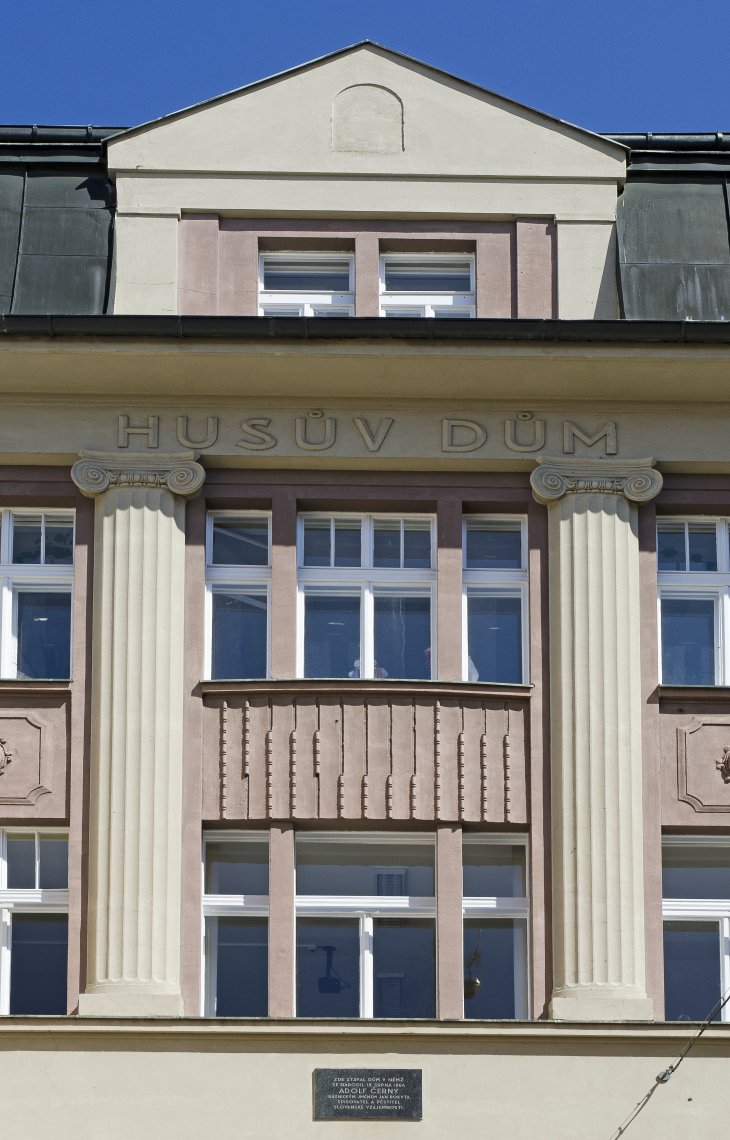 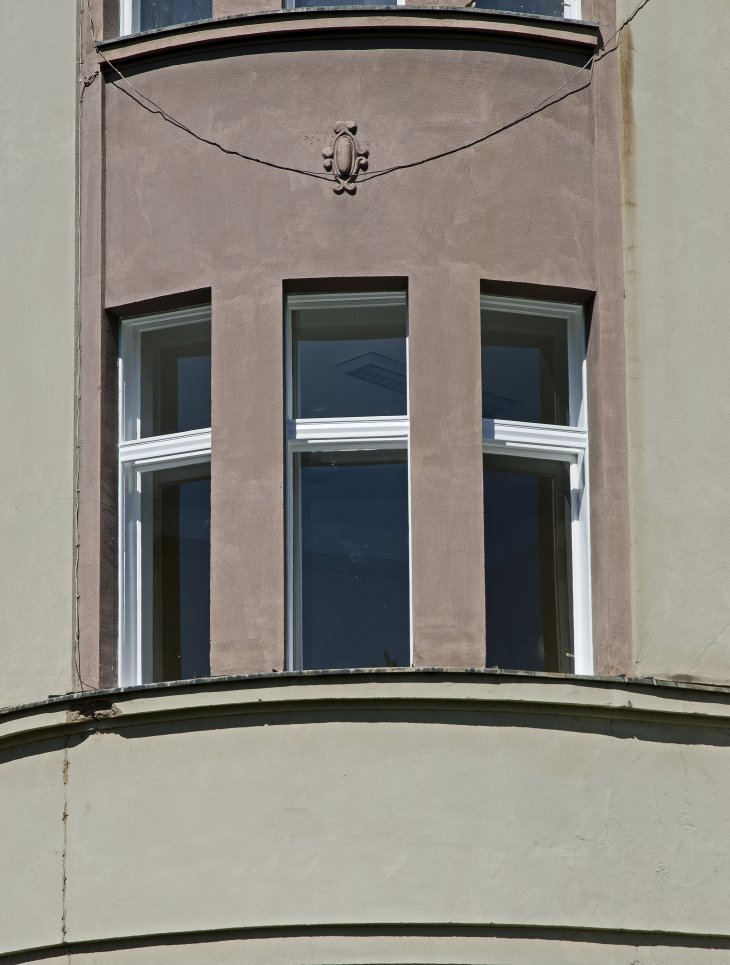 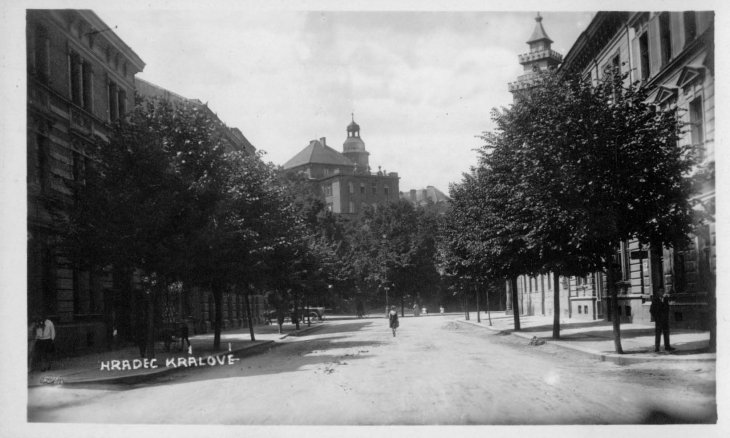 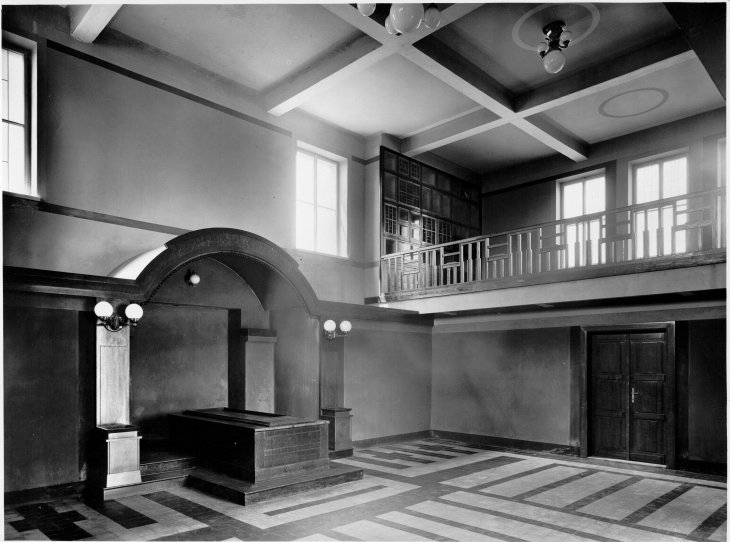