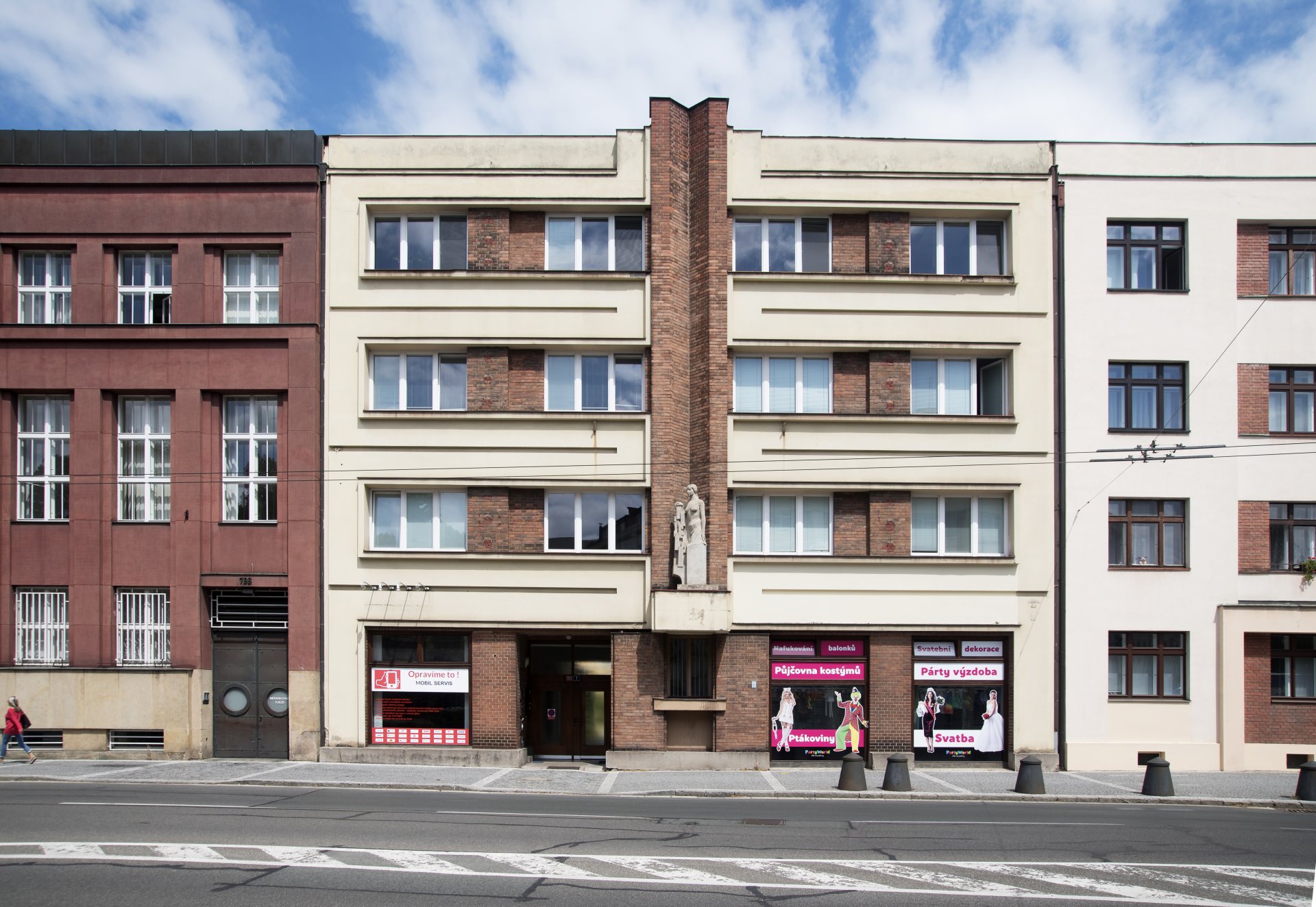 When today’s Ulrichovo Square was under spatially coherent construction, a new urban complex was being built on the Elbe waterfront. In 1929–1930, a Sokol gym with a concert hall designed by Milan Babuška, a fully functionalist urban indoor spa meeting the most demanding technical requirements, the District Credit Union (1933) designed by Jan Rejchl, and the Czechoslovak National Bank (1931) designed by his brother Václav Rejchl were built in the area. The latter bank was supposed to stand next to the neighbouring house no. 757 in Divišova Street, designed by Bohumil Waigant after his return to Hradec Králové and built in 1928.

Two years before his death, after a long hiatus spent in Slovakia, Waigant, an experienced and renowned architect, returned to the principles of his teacher, Jan Kotěra. The shift was probably caused not only by Waigant’s artistic development, but especially by the new architectural situation in Hradec Králové: the revival of Kotěra’s work in the brick language used in projects designed by Josef Gočár and the new architectural programs of purism and functionalism. The house No. 757 of 1928 was a high-quality example of these trends.
Only six months passed from May 1928, when the application for the building permit was submitted by local investor and contractor Josef Jihlavec, to the moment when the object was built and approved. The final version of the house façade slightly differs from the plan documentation. Waigant apparently did not originally intend to concavely divide the main façade, and he was probably planning to decorate the centre of the façade with a statue designed in a more abstract way. More fundamental adaptations of the house included mainly the smooth loft conversion in 1934. Josef Jihlavec’s family owned the property until 1955 when the house was confiscated.
The rectangular mass of the preserved building is horizontally divided by the façade, which is schematically divided into the parterre and living quarters. The house has a purely modern, rational character. The construction composition includes clean surfaces and the façade is made of brick structure combined with ochre plaster. The three-part windows alternate with a brick pattern of continuous cornices in the form of meanders. Another distinctive feature of the building is its symmetrical axis in the form of angled brick wall permeating all floors except the ground floor. Today, the dominant feature of the building gives the impression of a kind of bent Cubist swallowtail, mainly due to the fact that the original end cornice is missing. All these features are enhanced by yet another artistic motif on the façade – a relief of a young woman made by Josef Škoda, a local sculptor of figures celebrating women and womanhood. The woman, symbolizing architecture and placed on a massive protruding plinth, clings to a stylized pillar made of small prisms.
Waigant lived in the newly built house and he designed his own, probably very interesting interior, which has not survived: “The author died in this flat environment, presenting much of the personality and hobbies of the architect who had a taste for materials and their solid and efficient use.”
SS
Monument Preservation

The residential house at 757 Divišova Street is an immovable cultural heritage site, reg. on the Central List of Cultural Monuments of the Czech Republic, 18050/6-4532, and part of the protected site of the Hradec Králové conservation area. 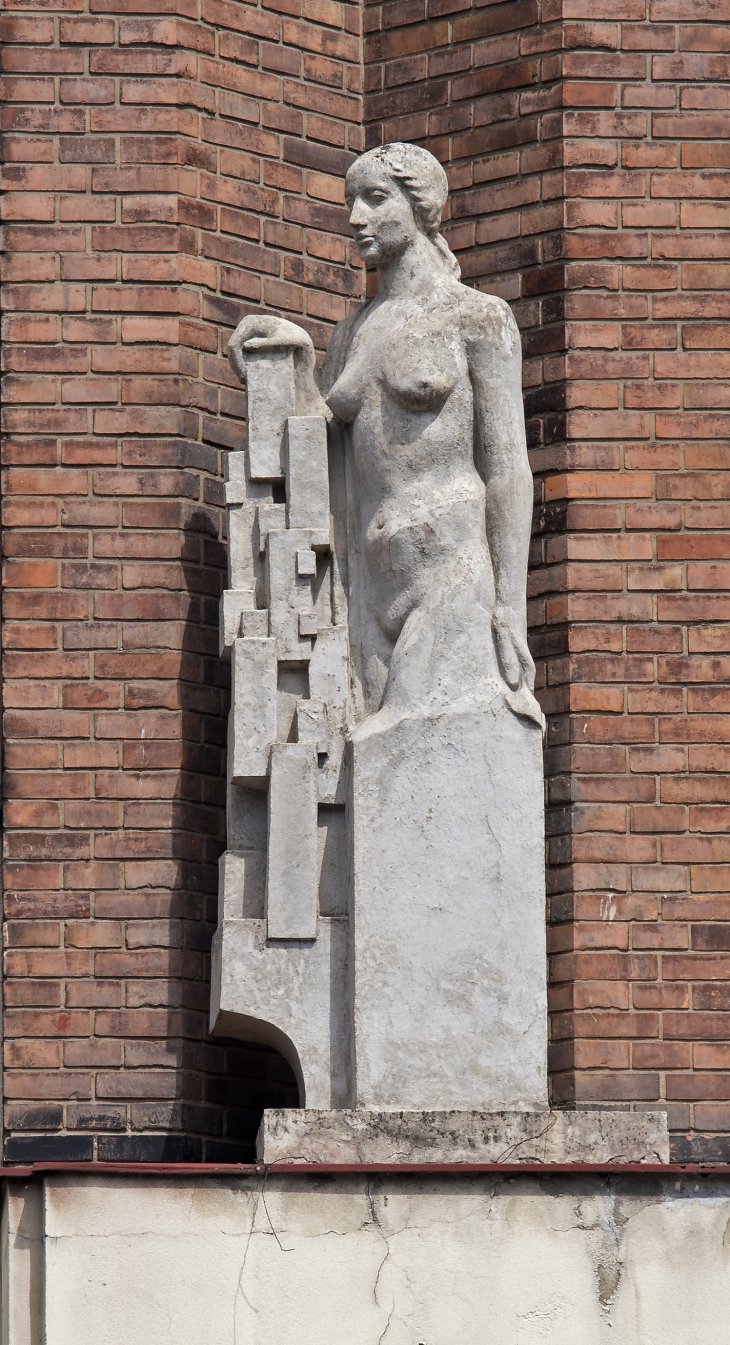 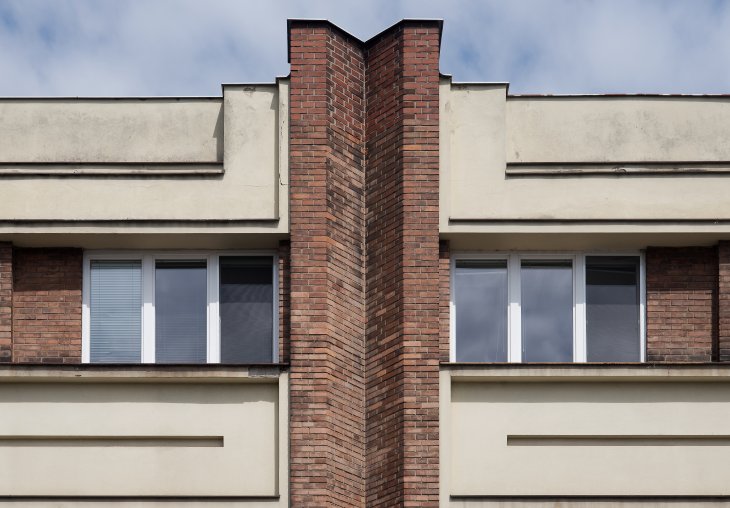 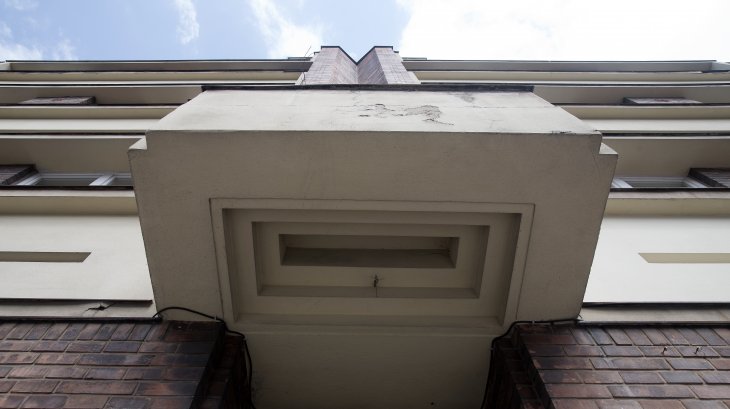 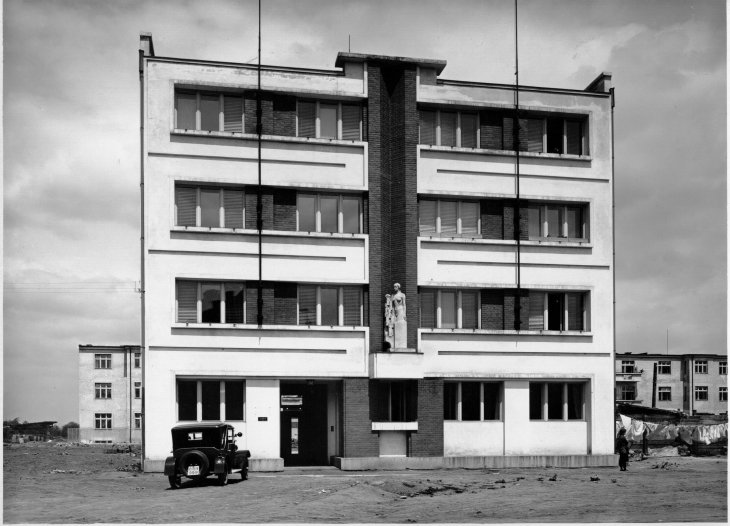