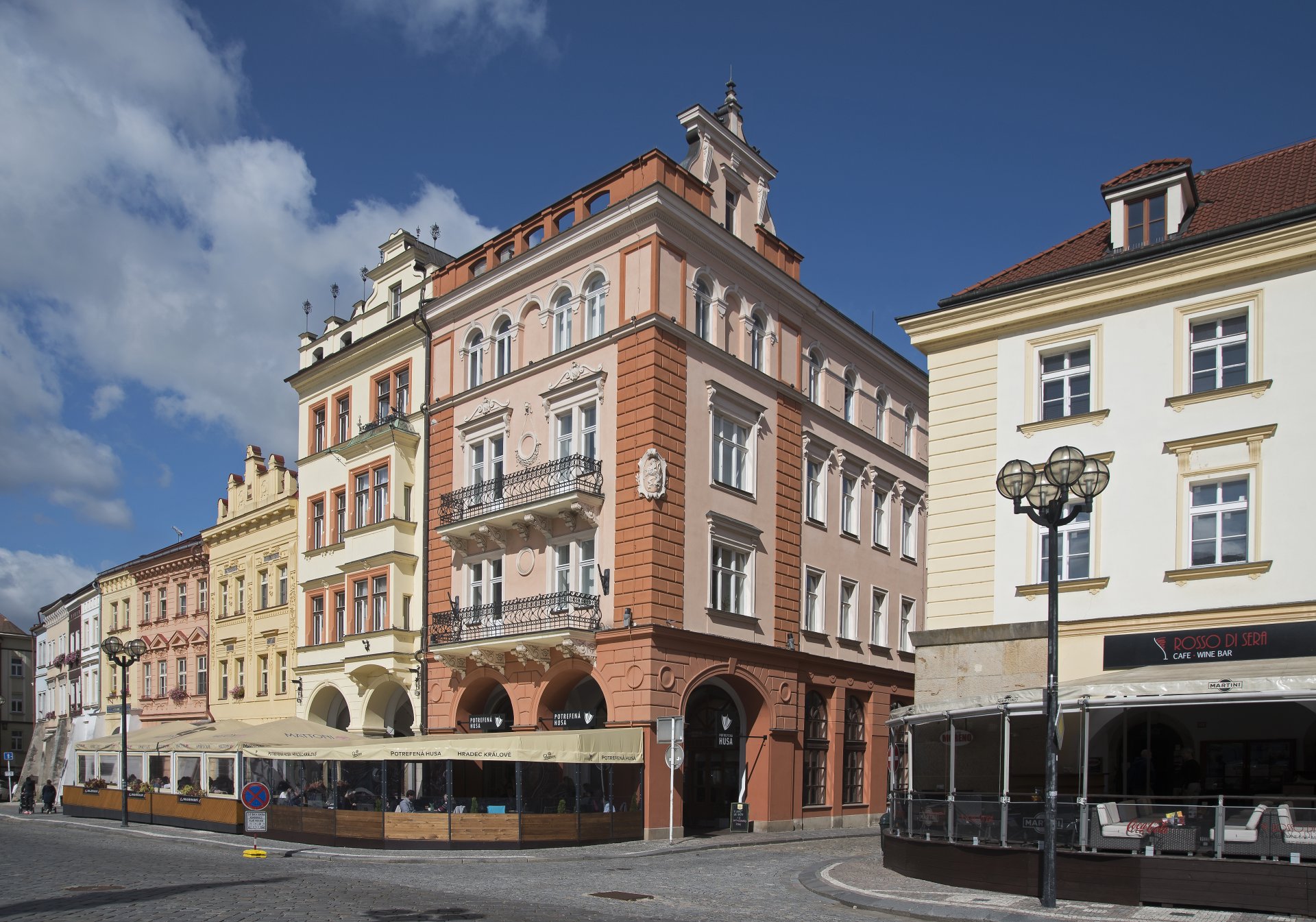 The demolition of the city walls caused dramatic changes in the urban and architectural morphology of Hradec Králové. The edges of the former fortress cadastre were used to build a number of public buildings – the vocational school of artistic locksmithery (1892– 1893), Adalbertinum (1895– 1897), Boromeum near the Orlice river (1900–1902), and Pospíšilova Street with similar objects in the east. Since not many interesting projects were built in the old town at the turn of the century, the construction in the northern front of Velké náměstí Square, where two adjacent historicist houses were built in 1898, caused a stir. The three-storey buildings significantly changed the height level of this part of the square.

The house on the corner of Špitálská Street, built on the site of a former medieval magistrate, was designed by Berger & Munk Company dealing with yard goods. The company was owned by Filip Berger (1856–1940), a tycoon who held a lot of properties both in the Czech lands and Austria – for example, a house in Mariahilferstrasse, Vienna, or the Ödhof manor farm estate in the Alps. He was also a long-time member of the Jewish community in Hradec Králové. Until 1905, the house was the seat of a textile shop and a branch of the Austro-Hungarian Bank Filip Berger worked for as a censor. His partner in the company was apparently Nathan Munk who married Berger’s sister Anna.

The new company headquarters was designed by architect Čeněk Křička (1858–1948) who studied under Professor Josef Schulz at the Czech Technical University and then in Italy. No wonder that his work was influenced by then fashionable Renaissance. Křička was also a skilled politician and entrepreneur; in addition to building design, he focused on construction and built his own house in Hradec Králové. He also worked in the town of Kolín where he designed several buildings in historicist styles, for example, a Neo-Renaissance building of the civil credit union in 1895. Later, he designed the credit union palace in Kutná Hora (1894) and a school building in Pražské Předměstí (Prague Suburbs, 1896) in the same style.

The corner Berger & Munk house faces Velké náměstí Square with its biaxial façade featuring two windows in each axis. It respects the character of the square by adding two arches to the historic arcade. The curved display windows on the side façade were designed in the same style. A significant feature on the front side is a pair of balconies on rich volute consoles. The two façades of the building on the long medieval plan are tectonically divided by wide embossed pilasters and inlaid cornices. The wider façade facing Špitálská Street has a seven-axis centre and shallow avant-corps on the sides. The corner avant-corps ends with a high window gable. The windows on the first and second floors are rectangular; the windows on the third floor above the cordon cornice have semicircular terminals. On the façade, there are many characteristic decorative features such as medallions, cartouches, and festoons.

The Berger & Munk house is an immovable cultural monument No. 32915/6-4881, registered on the Central List of Cultural Monuments of the Czech Republic (ÚSKP) and part of the protected urban conservation area in Hradec Králové. 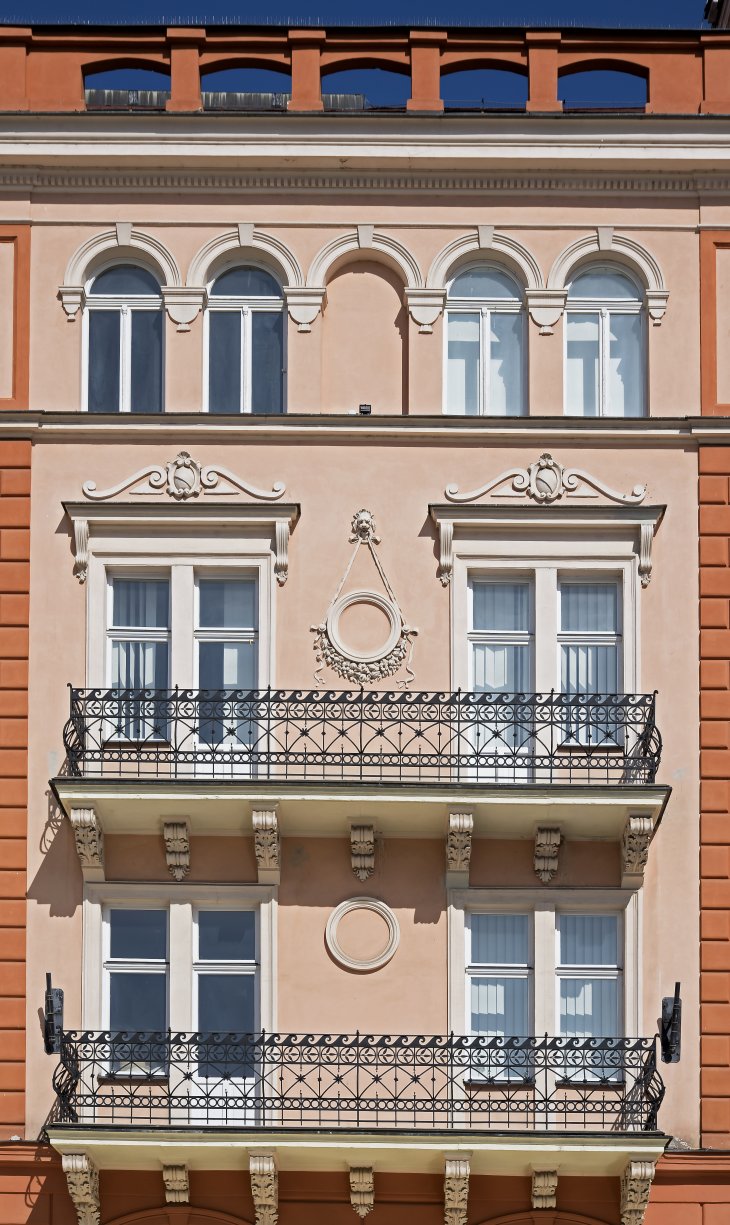 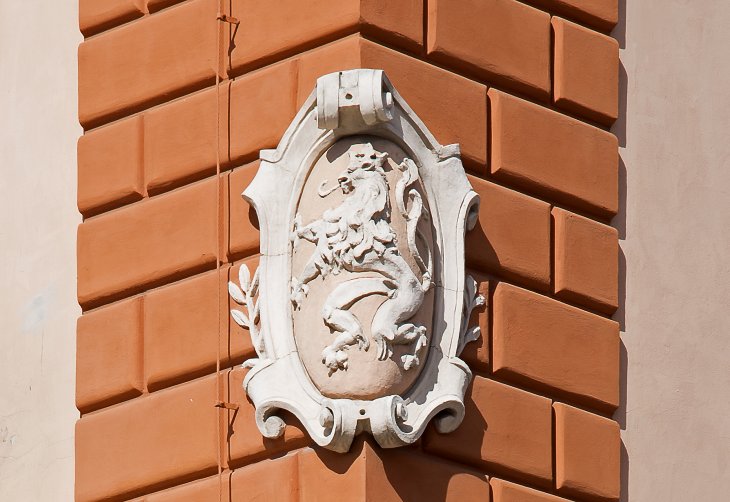 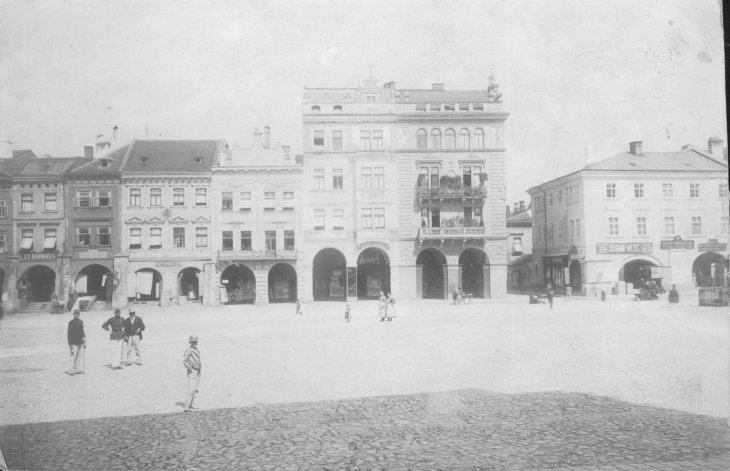