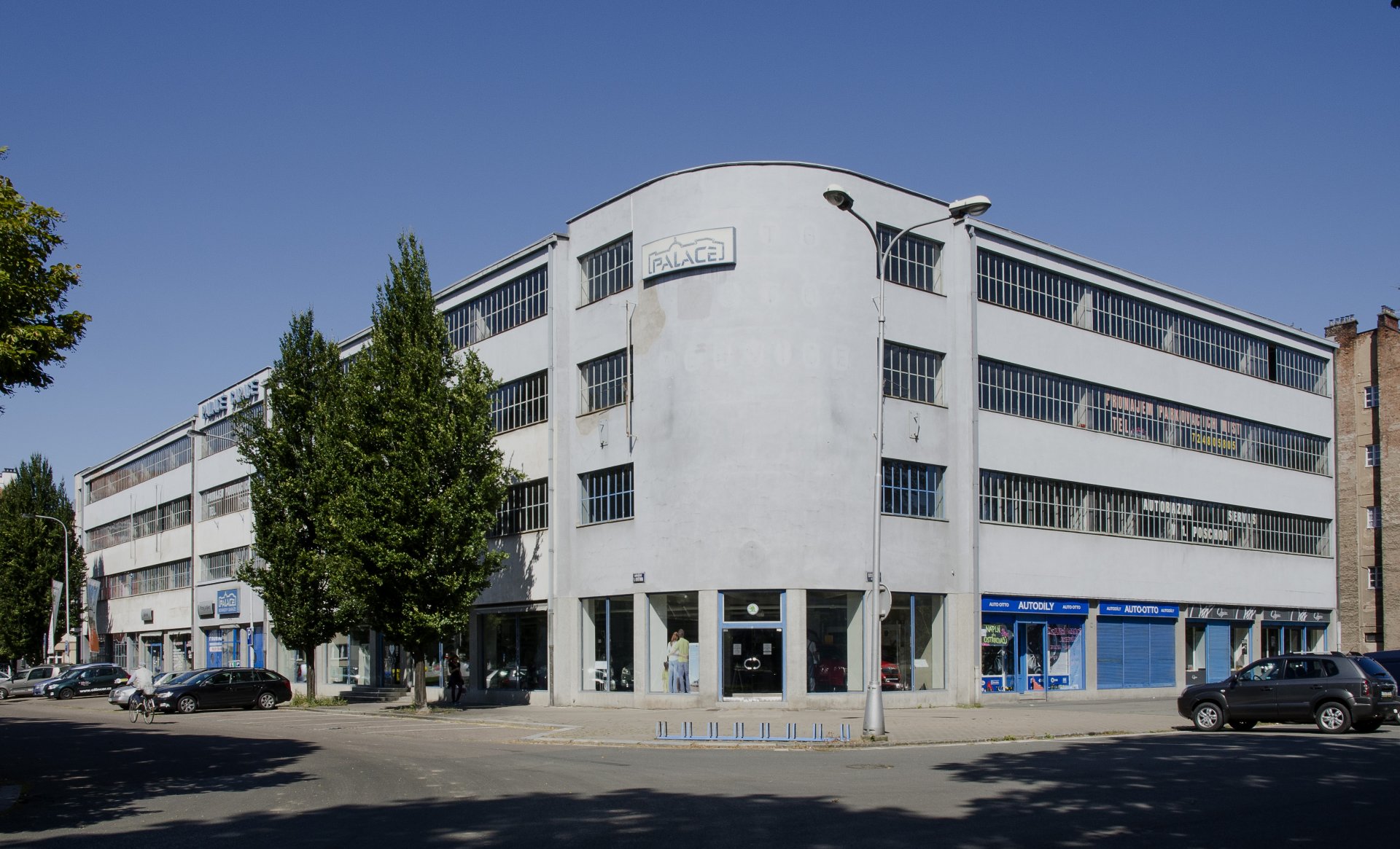 The massive development of motoring in the 1920s and 1930s led to the construction of new types of buildings. These included not only shelters for drivers and motorcyclists, but also places for their cars or motorcycles such as garages, car repair shops, and petrol stations and pumps.

Jaroslav Novák was a motoring enthusiast and dreamed of a “house of services” for his cherished motor machines. Novák studied mechanical engineering, led the representation of Laurin & Klement, and soon started his own business. In 1910–1911, he built the first independent garages in the city on the site of today’s ice rink. At that time, it was the first building of this kind in the country. The garages, built from unplastered brickwork, were designed in Jan Kotěra’s style by architect Oldřich Liska, also an avid motorist and a member of the Autoclub (East Bohemian Automobile Club). The parking spaces were designed for tourists driving through Hradec Králové to the mountains; parts of the garages could be hired by local car owners for a monthly rent. The complex of the buildings was surrounded by a longitudinal central courtyard; at the main entrance, there was a house with a shop, the caretaker’s flat and a warehouse. The yard was lined with garage boxes and a wash (with an Art Noveau lantern), and there were workshops in the corners. Opposite the boxes, there was a building with toilets, a petrol warehouse and a pump. In the corner, there was an administrative building with workshops and two shop windows on the ground floor. Above the ground floor window, there was an advertising mosaic of glazed tiles made by Graniton Rydl & Thon (today stored in the National Technical Museum). On the façade, there was the sign “Autogarage”. 1. In 1933, Jaroslav Novák’s garages had to give in to an increasing interest in building sites. As a compensation, Novák received plots on the Elbe River waterfront from the city. The construction of new modern garages was a dream come true for the local automobile club (which defended the interests of motorists and had representative rooms at the Grand Hotel). Designer Fňouk was also an enthusiastic motorist and eventually became the head of the automobile club. Besides the garages, the original plans included an (unexecuted) project of a tenement house next to the east garage wing.

The construction of the garages started in late July 1932 and they were officially handed over on 11 December 1932. In 1934, the park in front of the building was renovated. The building has a reinforced concrete frame with filling masonry. It was build by builder Josef Vyleťal in seven months. The garages were used by motorists not only to park their cars in a dry, sheltered place, but they could also wash, fuel and have them repaired there. The whole building had steam heating. On the ground floor, there were spare parts shops. Their steel windows and shutters were made by František Otava’s company. The parking spaces were leased for three or six months or for a full year.

The significantly horizontal three-storey building forms the main axis of the square; its central part and two corners are slightly offset. The side wings of the building copy the street line, facing the side street and the waterfront. The horizontality is enhanced by strip windows with original glass panels. The main element of the façade, a circular ramp, had spirally laid windows that gave the building a unique character. The ramp extends over the flat roof of the garages and it is covered with a reinforced concrete dome with a circular chimney. The flat garage roof was designed to serve as a summer terrace restaurant.

The core of the layout is a six-metre circular ramp, symmetrically placed in the centre of the building. In its circular centre, there were toilets, a shaft and a brick chimney. The chimney included a powerful fan to extract exhaust fumes. On both sides of the ramp, motorable in both directions, there were parking booths. The interior was designed as a large open hall with a hundred of pillars. The entry and exit was controlled by a porter at the centre of the building. At the exit, there were two petrol pumps. The construction consumed 38 railway carriages of iron, 180 carriages of cement, and 5,600 cubic meters of sand and gravel.

Originally, there were 51 parking booths on each floor (the booths could be dismantled to increase the capacity to up to 300 parking spaces), two car washes in the rounded corners of the building (still used for the same purpose), a room for workers, and advanced fire fighting equipment. The side wing ground floor included waiting rooms, maintenance service, spare parts shops, and offices. On the ground floor in the front part of the building and towards the waterfront, there were business rooms and spaces for the exhibition of cars and supplies. The courtyard ground floor was designed for servicing and garaging buses.

Signs, street signs and inscriptions were made by Antonín Krištofič’s company. Along the exterior of the ramp, there were probably painted walls advertisements for motoring products; only three of them have survived. The original technical equipment has not been preserved (except for fire engines). On the second and third floor, the original character of the garage can be seen: preserved booths divided by wire mesh, metal frames, and sliding doors.

A local newspaper wrote after the garage opening in 1932: “The amazing development of motoring and motorcycling led to the construction of a business like no other in Czechoslovakia.” The business was built by Jaroslav Novák with regard to the future development of motoring, and it is remarkable that the garages still have their original parking function. The contemporary newspapers described the garages as the pride of the country and time and a great solution.

Chronologically, the building had the following names: Palace garáže (Palace Garages), Stanice technické obsluhy (Service Station), Garáže ČSAO (Garages of the Czechoslovak Automobile Repair), Palace Hradec Králové. Except for the ground floor, the building has not changed its function; it was mainly used for private cars and vehicles of transport organizations (for MOT tests, warranty inspections, etc.). On the ground floor, there were the Benzina and Mototechna companies, a spare parts shop and a showroom. In 1952, Mototechna rebuilt the interior into offices; two years later, two petrol stands were built on the pavement in front of the garages. In 1962, the building was rebuilt for the car repair shop of Státní technická obsluha osobních vozů (State Technical Maintenance of Cars). The most modern equipment was imported from abroad. In 1974–1975, a spray booth was installed.

In 1992, the building was returned to the descendants of Novák who started the reconstruction and had some of the unoriginal construction changes removed. In 1994, an extensive reconstruction and extension was planned. Eventually, only the ground floor renovation for a showroom, designed by Milan Rejchl and his son Ivan (who removed the partitions and placed a fountain in the building), was carried out. In 1997–2000, a petrol station, situated between the garages and the park and designed by Rejchl, was built. On the ground floor and first floor, partitions were added. 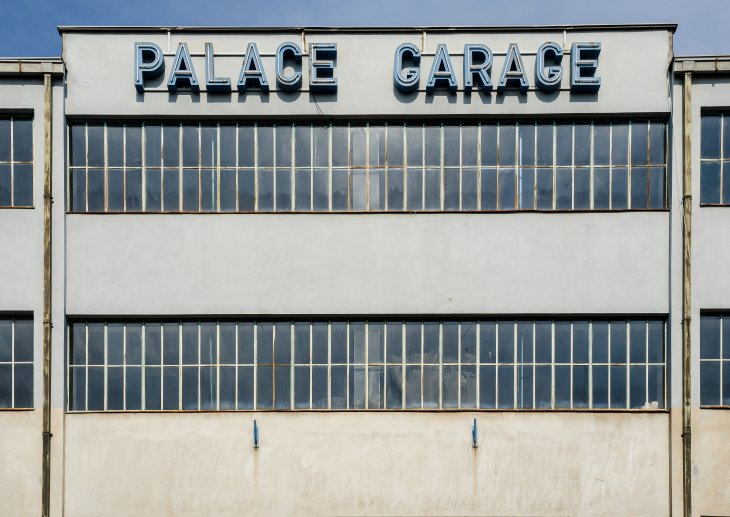 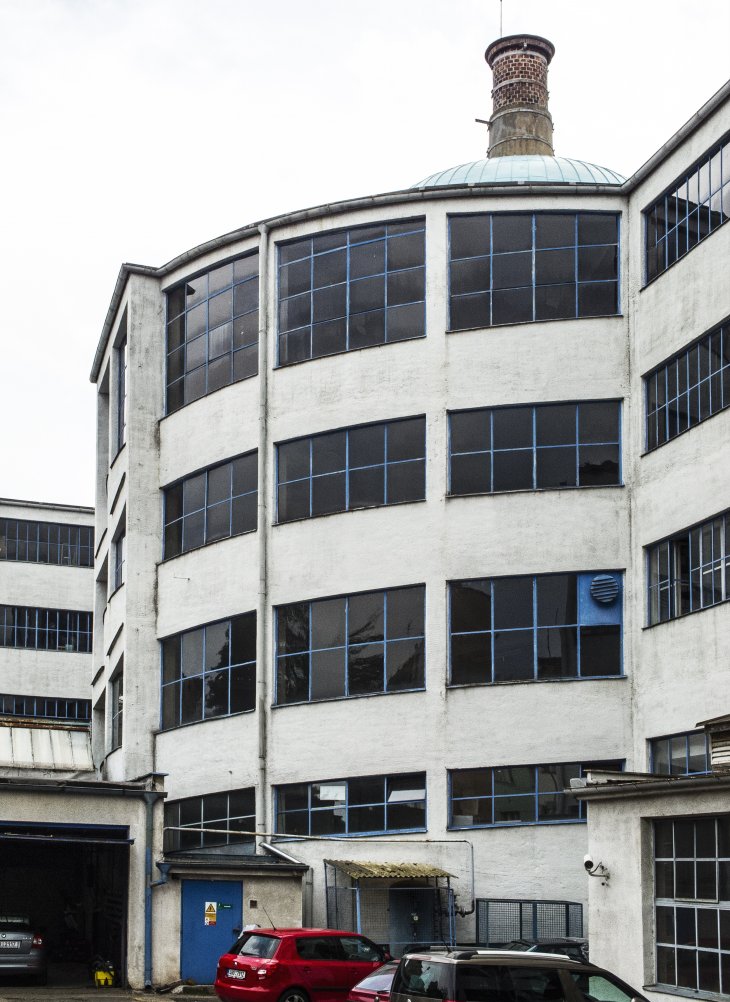 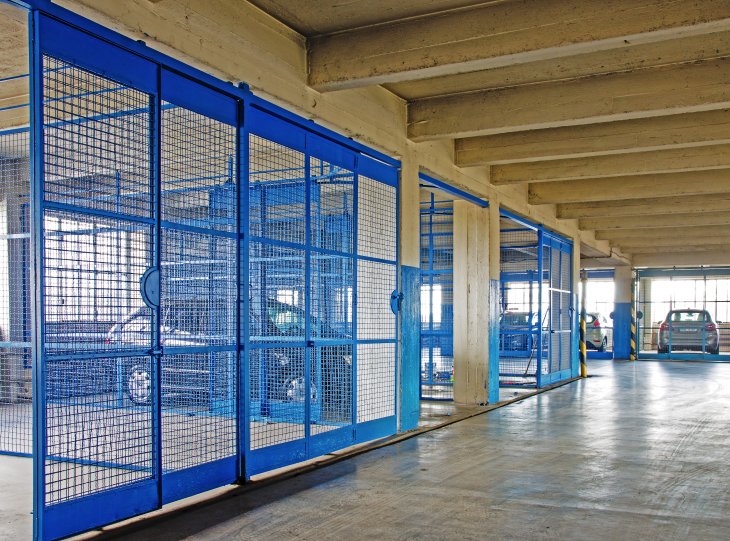 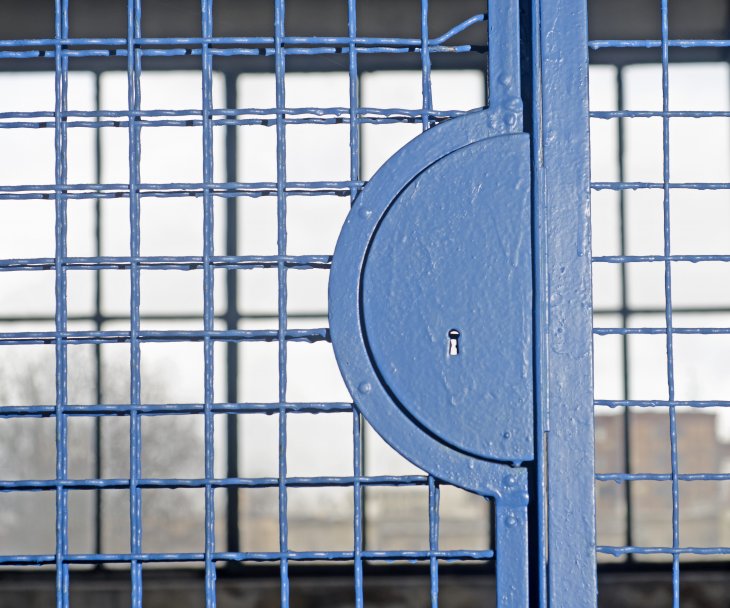 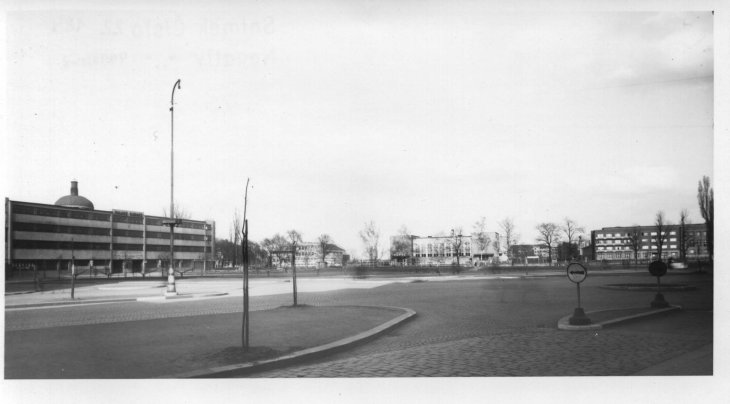 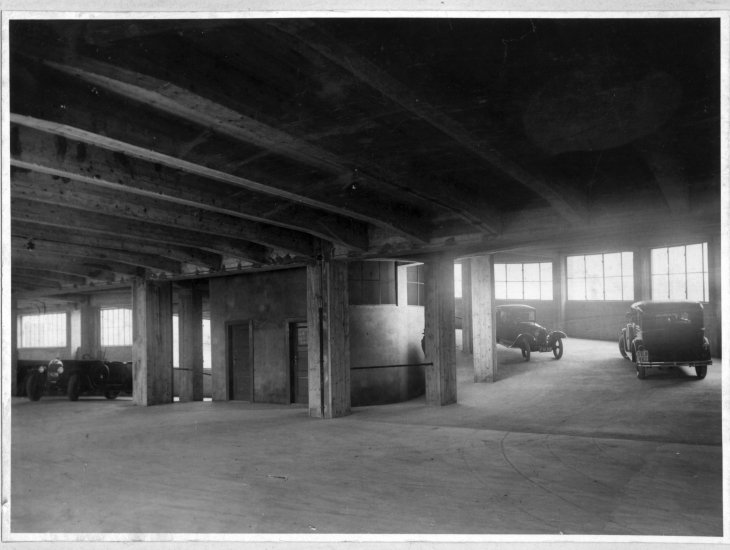 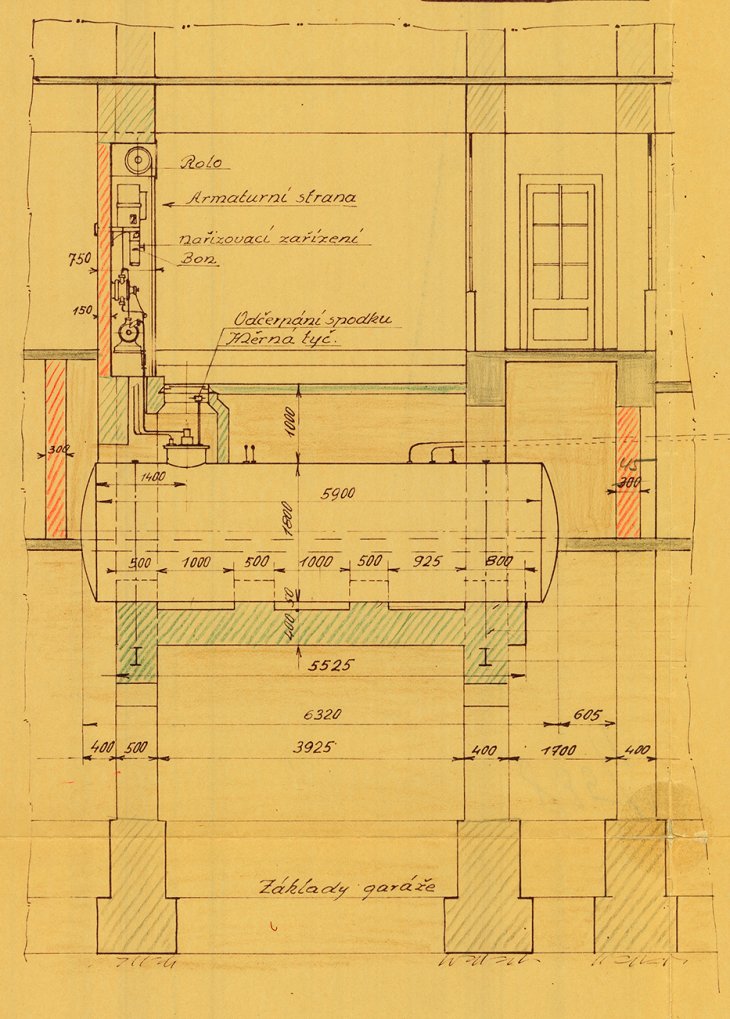 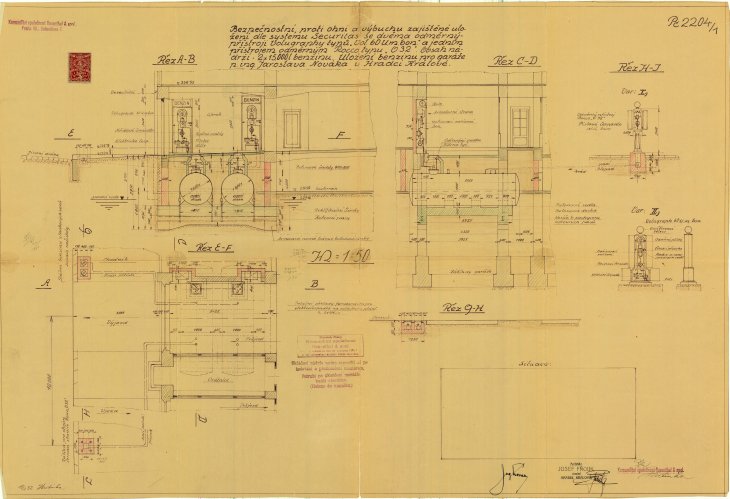