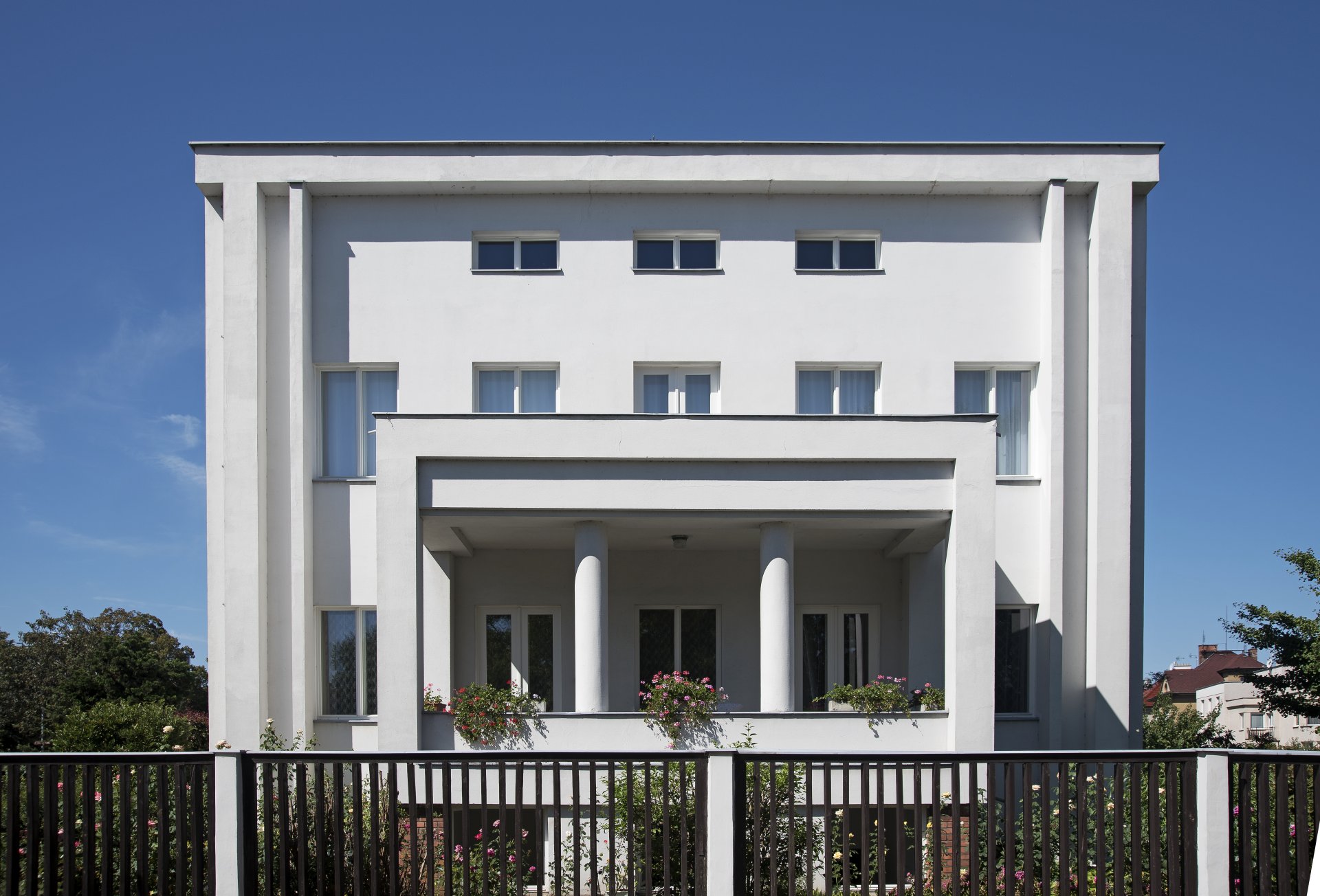 This villa was designed for Dr Josef Vanický (1874–1936), a great regional personality of the early 20th century, founder of the Masaryk League against Tuberculosis and the Anti-tuberculosis Centre, managing physician of the District Institute of Health and Social Care in Hradec Králové, altruist and benefactor. In July 1928, he applied for permission to build a one-storey villa designed by his close friend, architect Bohumil Waigant. At the beginning of the following year, the construction was approved by the Burgomaster’s Office and the construction was entrusted to architect Josef Jihlavec. In February 1929, the plot of land was bought by another hospital surgeon, Dr Václav Tesař, who continued in the construction process and did not hesitate to take over the villa project plan without any modifications.

The clean, white, symmetrical prism topped with a smooth, flat cornice, lined with strip lesenes on the corners and pierced with typical Waigantian framed rectangular windows was acquired as a detached one-storey garden cube with a flat roof. It also has an interesting artistic element: “a slightly disarrayed window on the clean, bare façade” with a row of four windows in a fixed chambranle frame. The rigorous and austere forms of the main street façade are disrupted by the most part mass of the construction - a roofed terrace with a balcony, anchored on two pillars and two simple columns and creating the impression of a monumentalizing classicist portico. The chambranle of the back garden façade is intersected by the mass exceeding the crown cornice with a slender tall pole in its centre.

The representative residential core of the ground floor includes a common room equipped with a design built-in inlaid furniture from black-brown oak, dining hall and salon surrounding the staircase leading to the first floor with bedrooms. The preserved interior includes period accessories, such as lamps, stoves with white tiles, and the staircase and brass details on the doors or windows. In the basement, there were technical facilities, cellars, the laundry, and other service rooms.

Waigant’s work developed from decorative round forms, used in tenement house no. 543 and 556, to mostly rectangular forms. His art concepts were reflected in the symmetry of generous structured prisms, balanced proportions, and the reduction of decorative elements in accordance with the architectural trends of the 1920s that saw quality in simple, plastic shapes. Despite the exemplary purist features, the classicist heaviness is still present in the massive appearance of the terrace, the wide cornice, and the corner lesenes. With its features, the villa belongs rather to Loos’s circle than to the production of younger Czech functionalists full of pipe railings, strip windows and small circular windows. While Waigant’s first project in Hradec Králové, the restrained, if not austere design of Juliš’s house, was followed by three objects in the spirit of classicist architecture with fluted columns and entablature in the façade, Tesař’s monumental villa with its strictly designed floor plan and white purist form refers to the beginning of Waigant’s career and represents a symbolic line under his work for the city. The idea of a comfortable, yet representative urban residence for the family of a local ENT senior consultant became reality in this project. The villa has always been in private hands, which may be the reason why it has survived as a purist intact object. 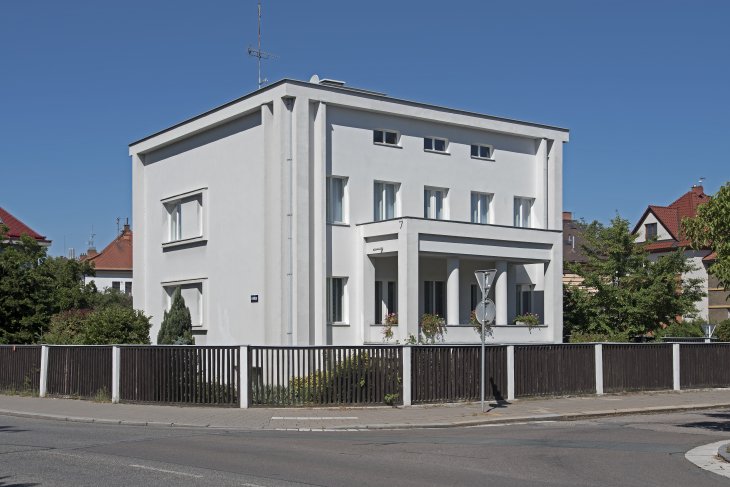 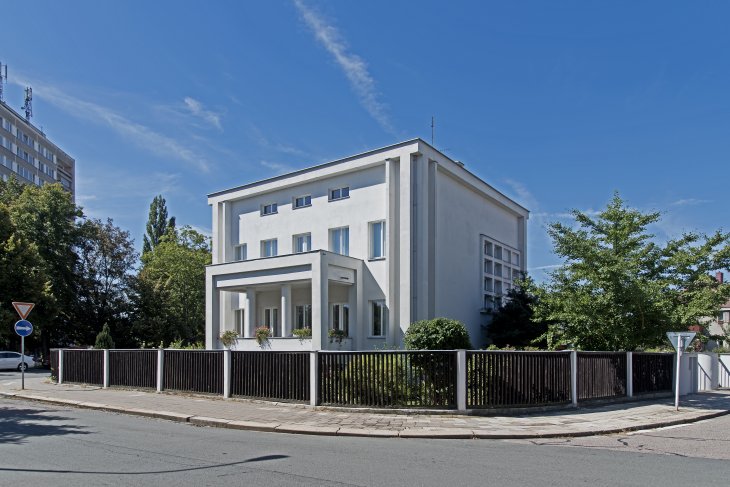 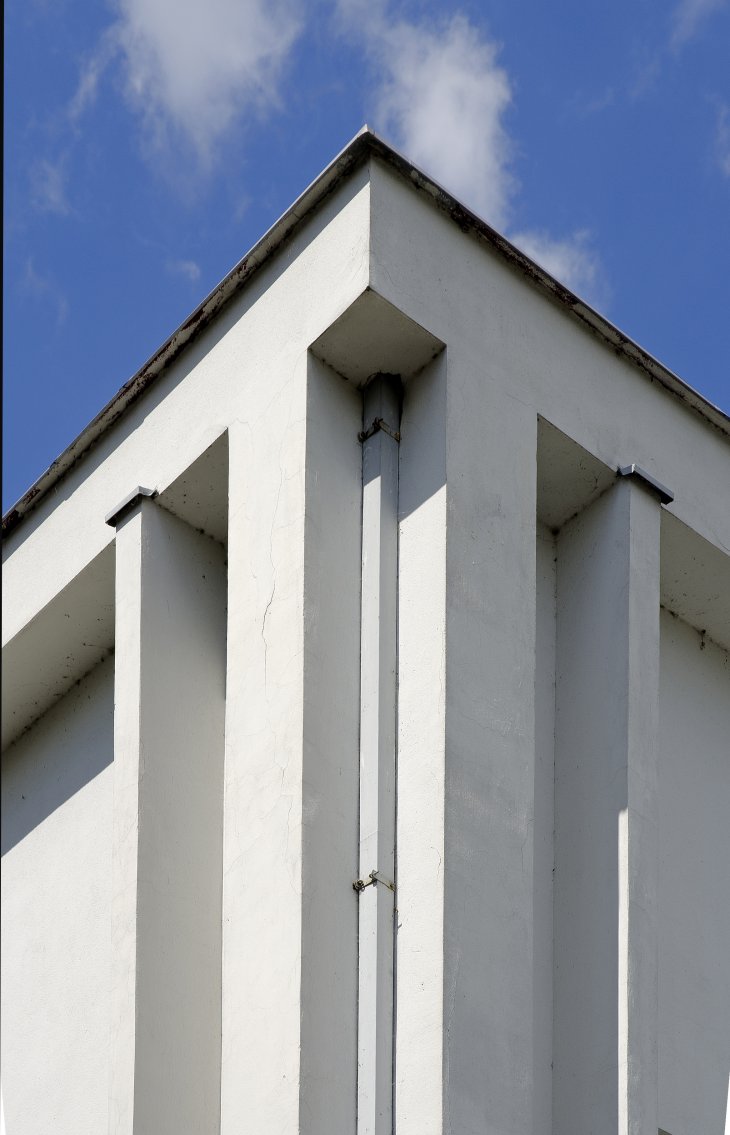 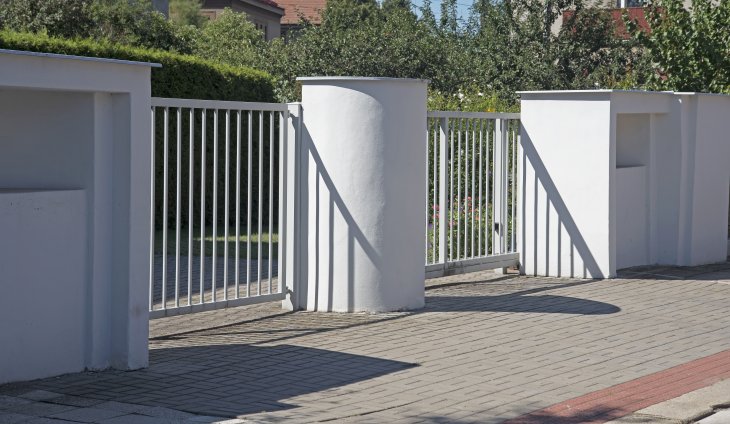 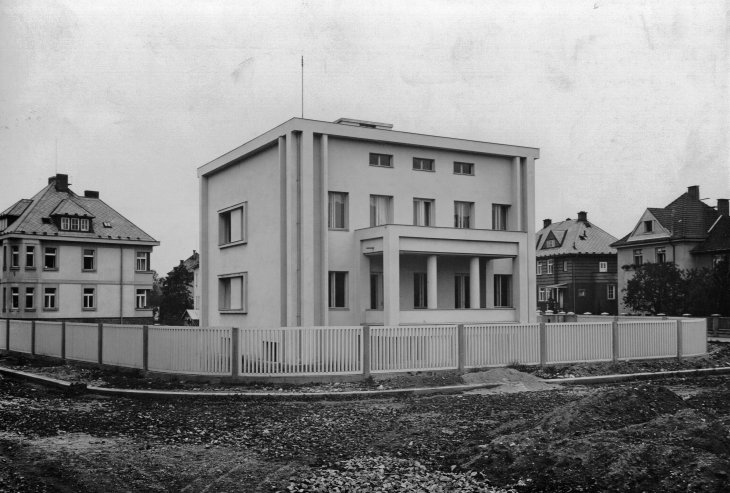 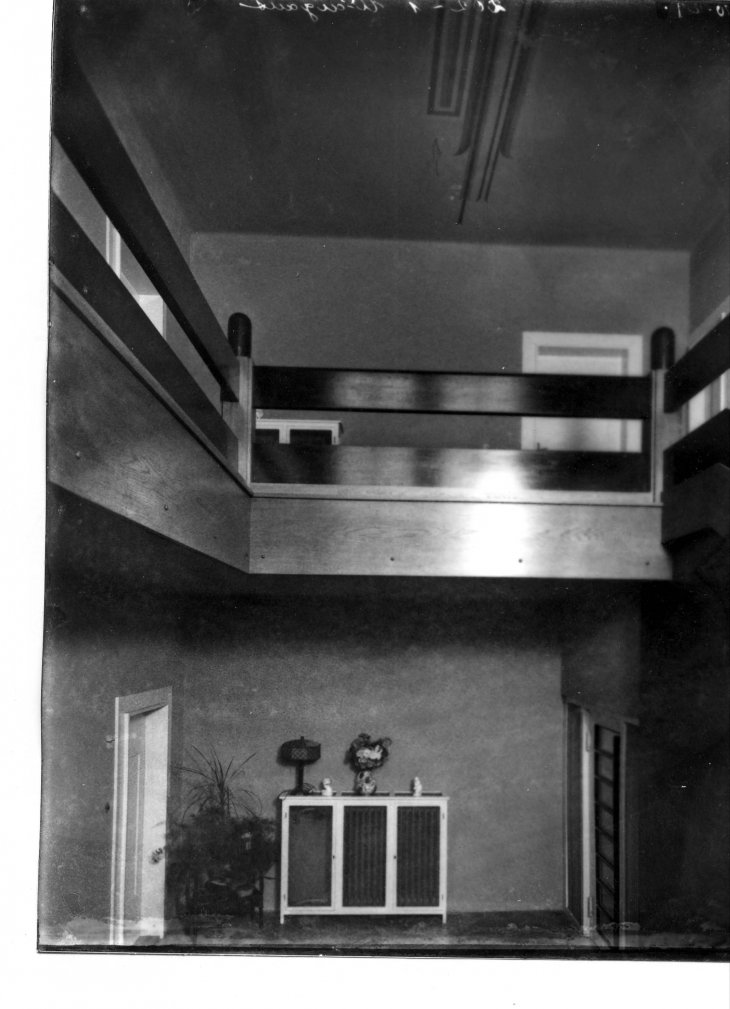