Oldřich Liska’s Villa with a Studio 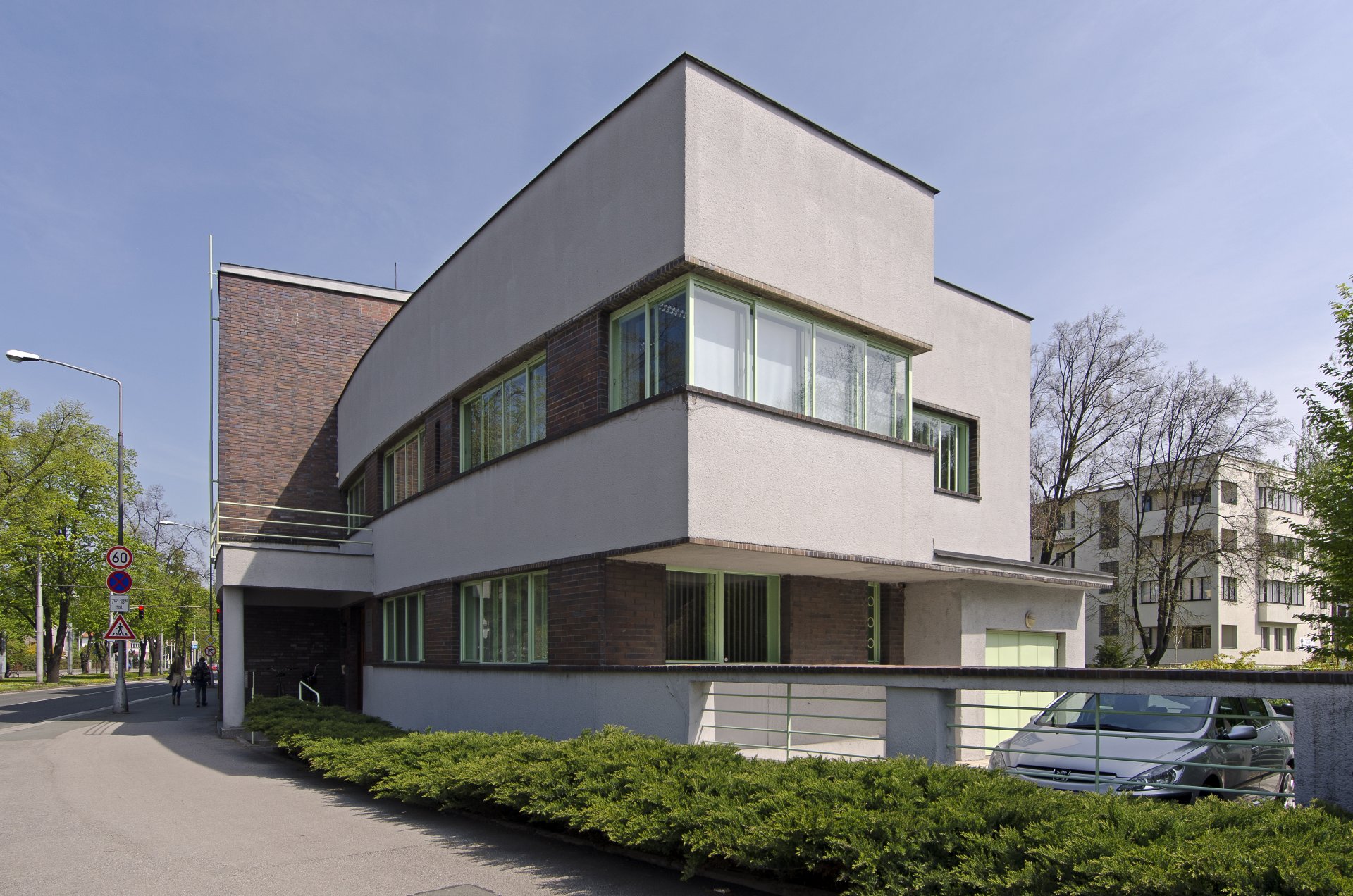 Architect and urban planner Oldřich Liska came from Kolín and in 1908, he started to work and live in Hradec Králové. Gradually, he won a large number of public and private contracts, which enabled him to build his own residential and commercial building (633 Švehlova Street) in the early 1920s, after he married Anna Fialová. Due to the ever increasing reputation of his design office, Liska decided to build a residential villa for his family in 1931 and planned to include a studio in the project. He bought an irregular plot of land on the outskirts of Střelecká Street, opposite his first project – Marie Šanderová’s villa (217 Střelecká Street). For his own project, Liska used an unconventional layout, creating a curved façade to follow the shape of the local road and shifted street line. The uniqueness of the design is in the use of functionalist principles in the context of modern architecture in Hradec Králové. The architect skilfully combined the family flat, garages, and his own design studio with a representational function into one object.

Oldřich Liska completed his project on 6 November 1931 when the design was approved by the Building Authority. The construction was carried out between 2 June and 10 December 1932, probably under the supervision of Václav Bečvář who also built Alois Švorčík’s vila across the street. The client-architect also designed some of the furniture, the staircase, the fireplace, and other elements. The two-storey villa with a segmented curved layout was designed according to the principles of purism and functionalism, but in a decorative way. The façade included brown ceramic tiles and columns with an antique peristyle in the garden. The façade was divided into a two-storey vertical stair tower with windows and a roof terrace. The residential part upstairs had strip windows on the façade facing the street; the main villa entrance was roofed by a balcony, supported by a stylized pillar.

The architect also designed the layout of the furniture and the wings, the location of the fireplace with a mosaic and the glass sliding walls leading to the living room. In the basement, he situated service areas, i.e. three cellars, a room for storing coke, and a boiler room. The ground floor was designed primarily as the architect’s design studio. The hall led to a large office on the right, situated in the space facing the garden. The space also included built-in wardrobes, archives, and a garage. On the left, the staircase section led to the caretaker’s kitchen and the guest room. The first floor was to be a flat for the architect’s family. On the right, there was the living room and dining room lit by a strip window. The area also included the kitchen. Next to the staircase, Liska designed bathrooms, bedrooms for children and the master bedroom with a huge terrace facing the garden. In the second-floor staircase area, there was a maid’s room, the laundry room, and two terraces.

The villa became a representative seat of Liska’s design studio and his family in 1933. The architect increased the radius of his operation outside of Hradec Králové and won contracts all over Czechoslovakia (primarily in East and Central Bohemia). His villa in Hradec Králové served as a representative building of an important local architect and urban planner until 1947. Together with the neighbouring Alois Švorčík’s villa, it formed a prototype of a semi-open block with a park, completed in the late 1930s, with a spectacular view of the city landmarks and the church of priest Ambrož designed by Josef Gočár.

In 1947, the architect sold the villa to be able to move to Opava where he was offered to work on the reconstruction of the war-ravaged city and in a lucrative position in the local Stavoprojekt company. Like many other objects, the villa was taken over by the state in 1948 and served as a nursery school. Most of the original and built-in furniture and the original room partitions were destroyed. Only damaged railings and the fireplace with a mosaic have survived. After 1989, the building was used as the headquarters of a local branch of the Civic Forum, later the Civic Democratic Party. Subsequently, the villa became property of the City of Hradec Králové and the seat of the Trade Licensing Office. The building windows were reconstructed after 2000. In 2018, the villa was registered on the list of cultural monuments. Minor repairs of the façade were carried out. The building is still waiting for complete reconstruction and better utilizatio.

Under a preservation order, reg. no. 106181, part of the city conservation area. 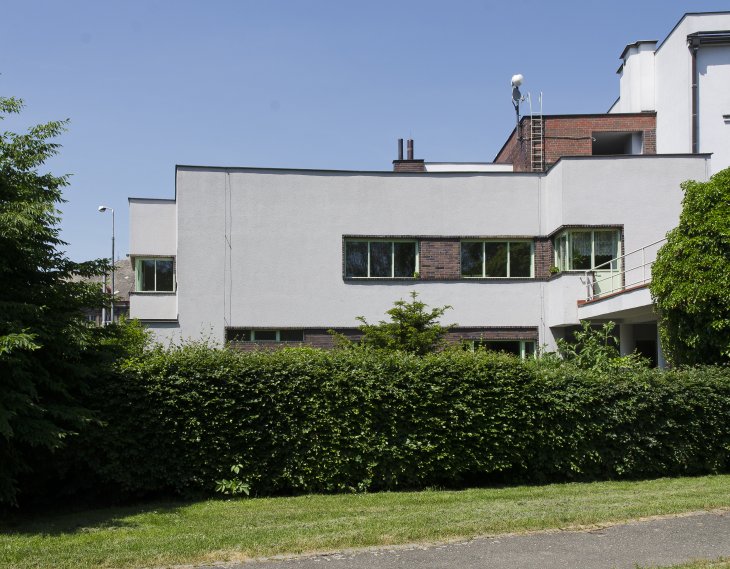 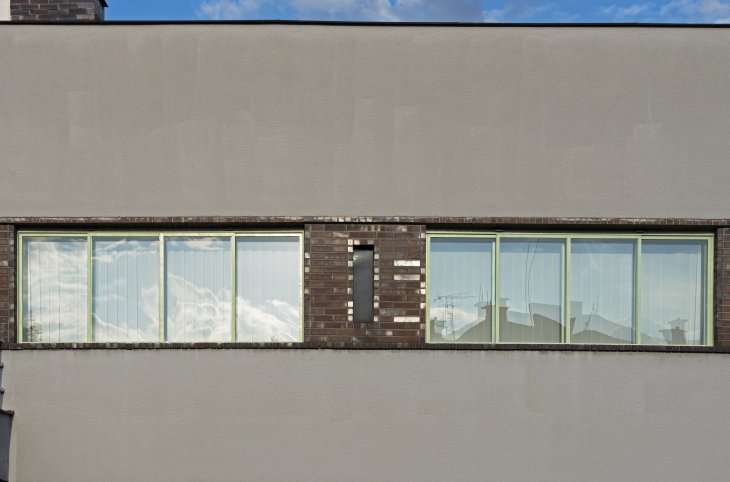 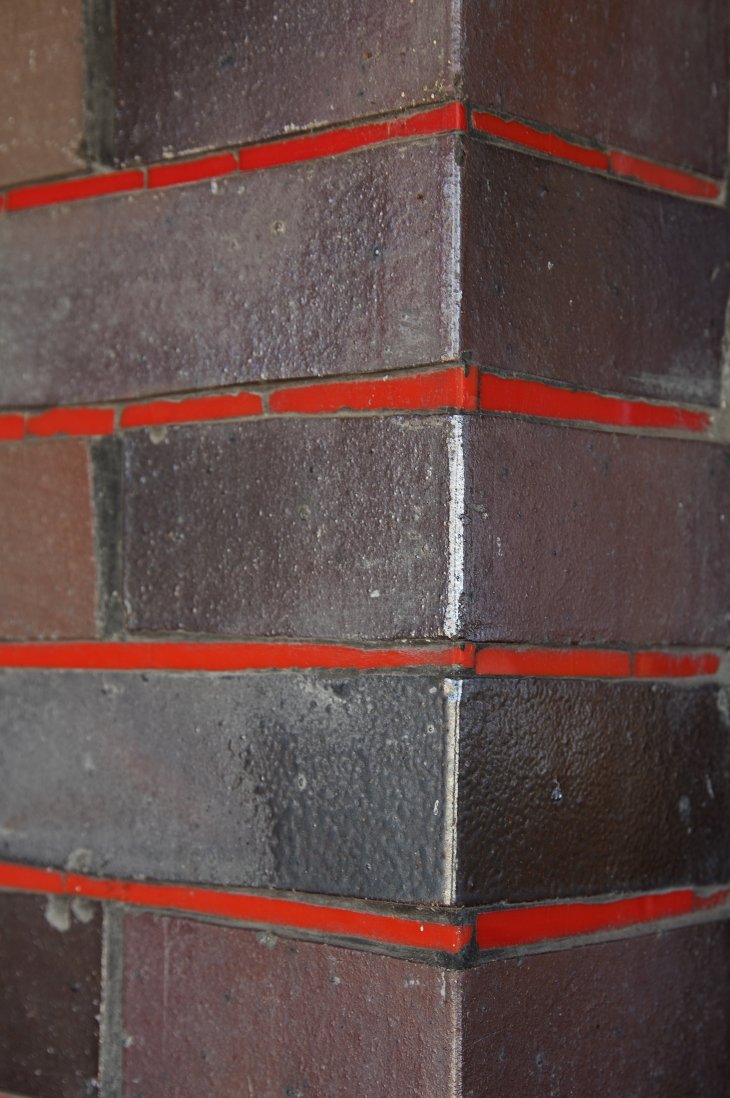 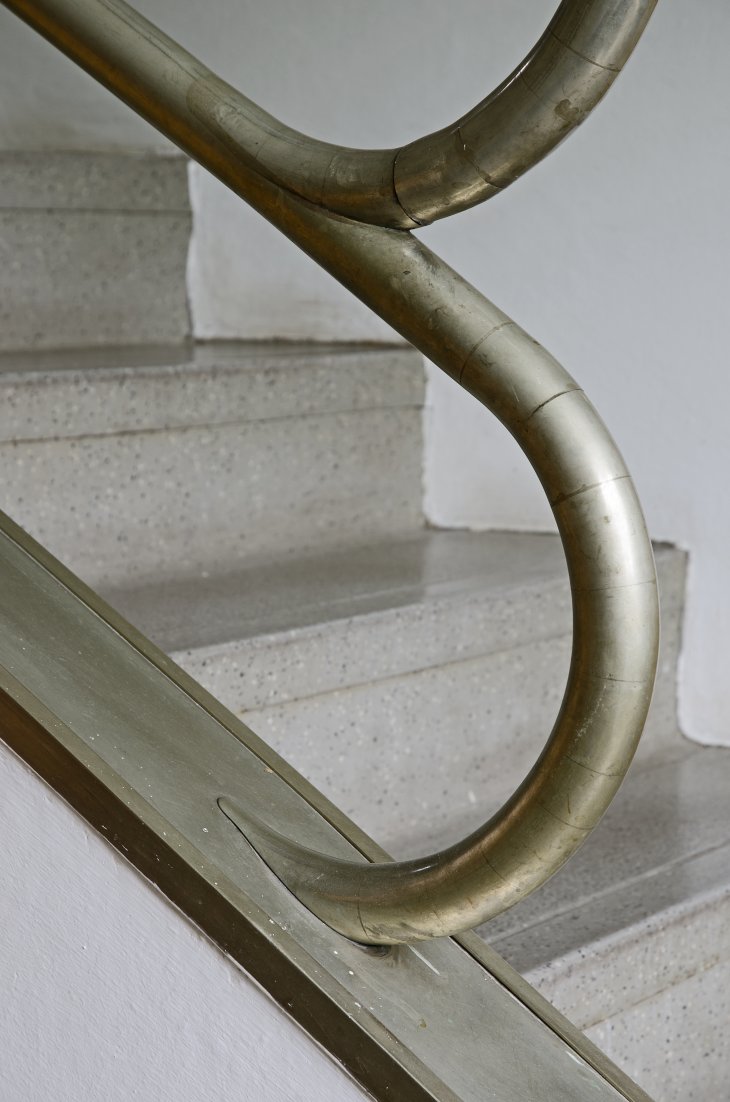 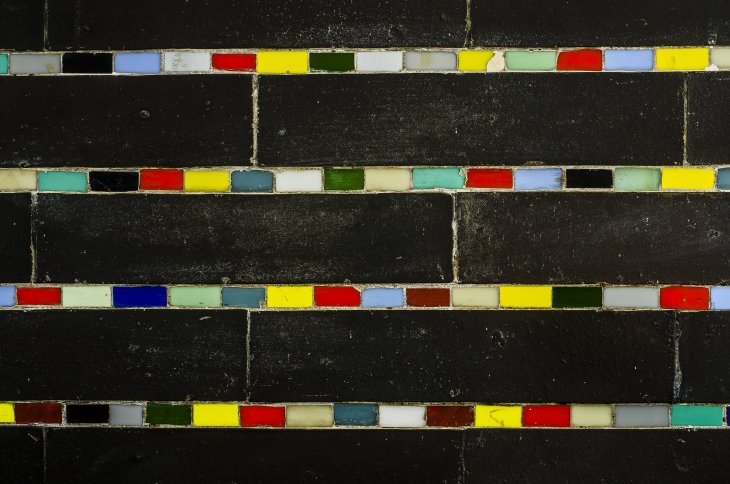 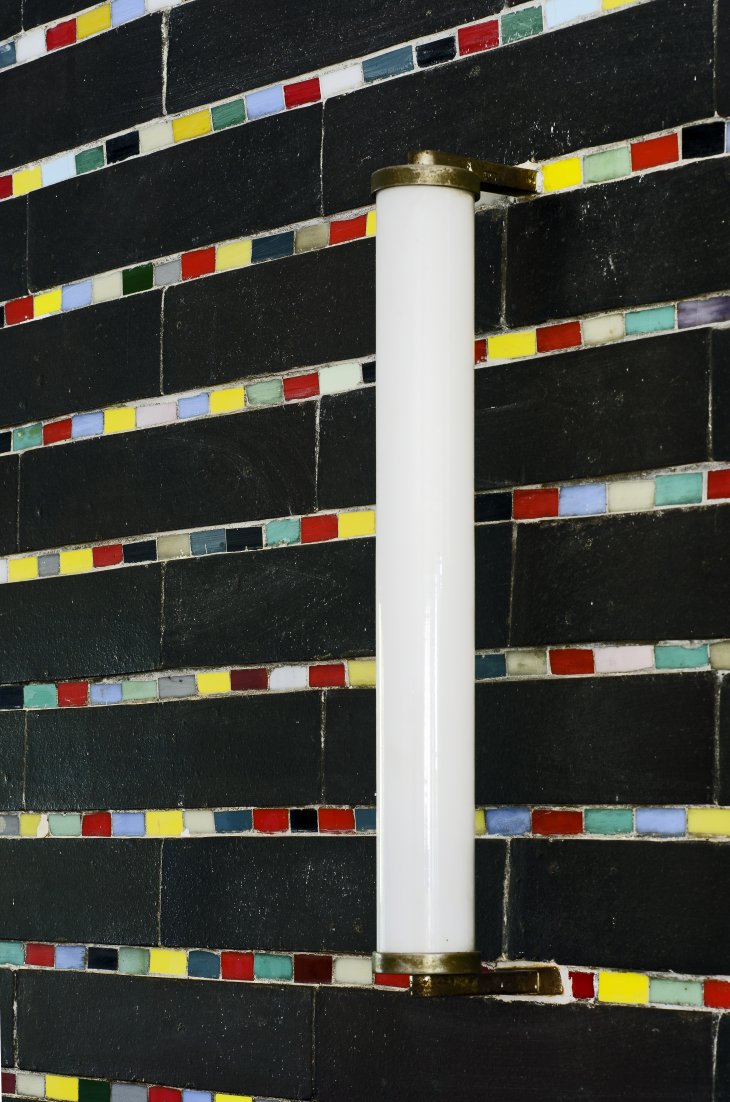 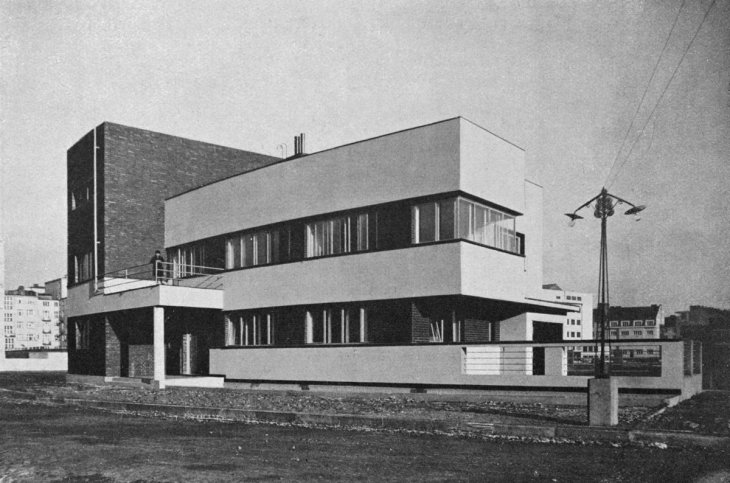 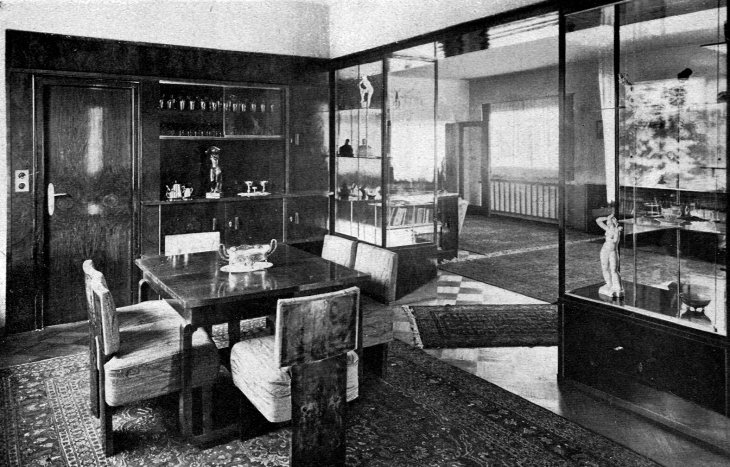 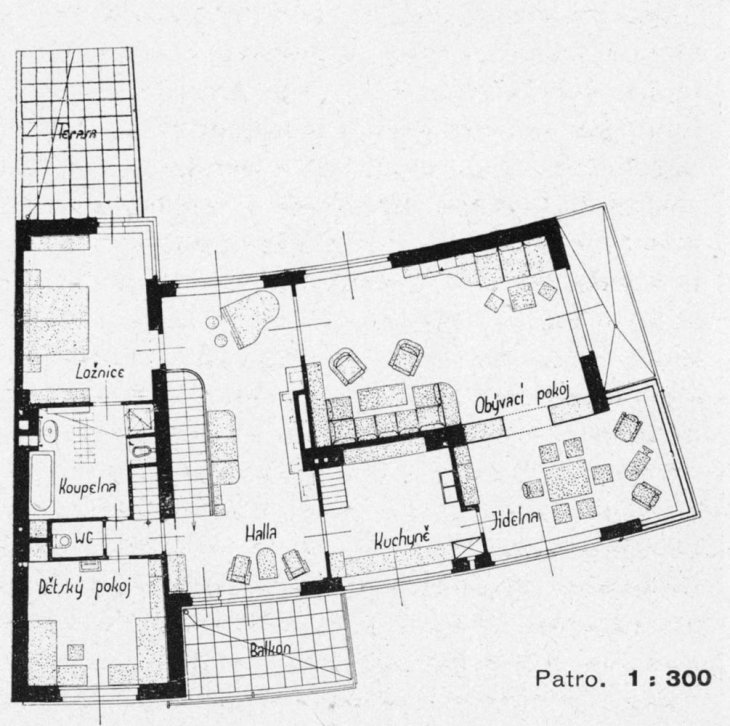