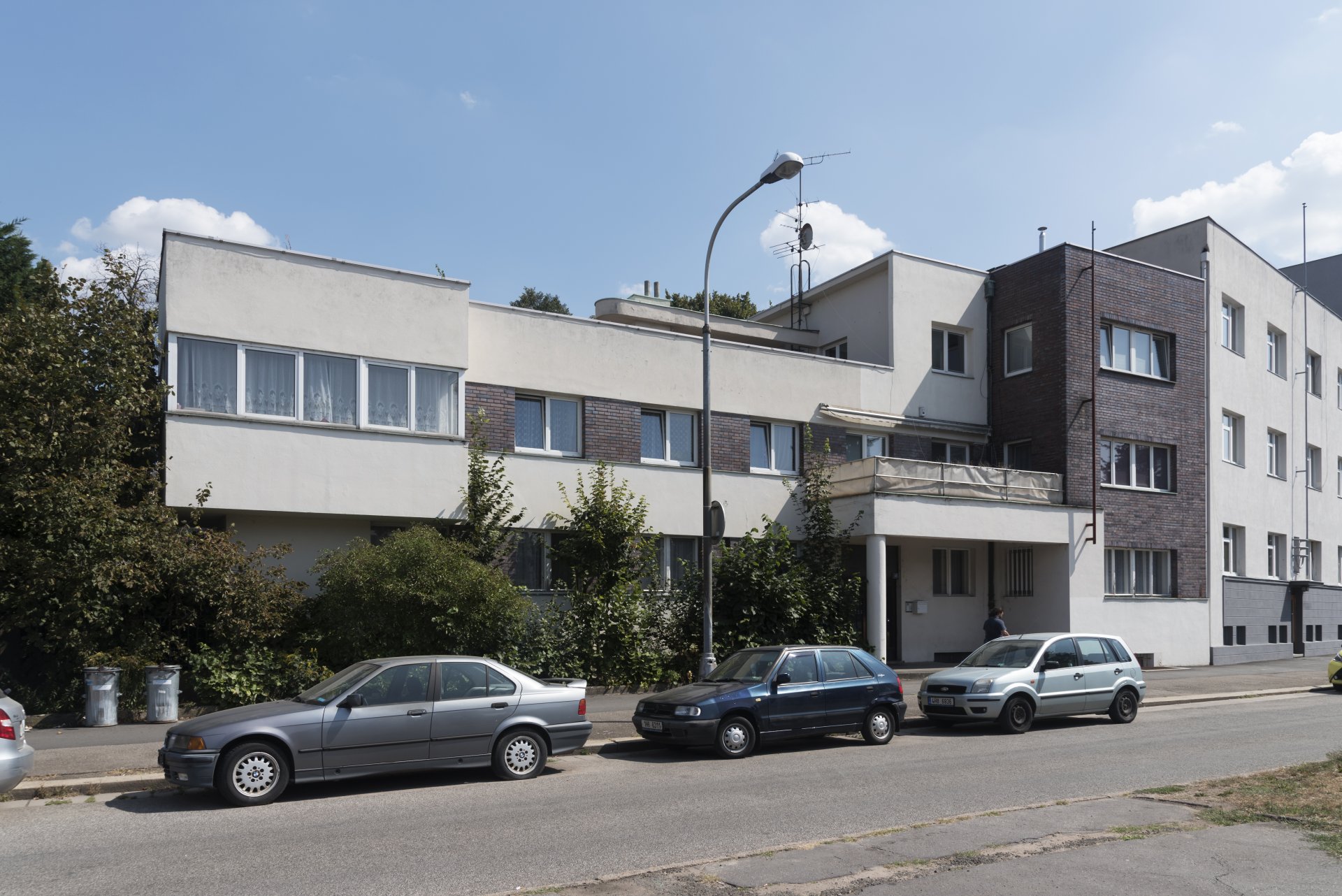 The rental villa at 832 Střelecká Street was built for Alois Švorčík, the director of a local insurance company. It was co-owned by his daughter Libuše Hanušová who married Antonín Hanuš from a merchant family. Hanuš probably helped the family contact Oldřich Liska (who designed the commercial and residential building at 610 třída Karla IV. Avenue for him and) who was thinking about building his own representative villa in 1931. Alois Švorčík wanted to build the same kind of building, so he approached Liska. The architect designed two similar villas divided by a narrow pavement. The design became part of an extensive urbanization study defining a new semi-open development block.

The construction of the building commenced on 16 November 1931, and it was completed a year later by Václav Bečvář, i.e. a few months before Liska’s own villa. The architect designed a two-storey building influenced by functionalism and classical architectural decoration. He used a more conservative approach that is reflected in the reduced use of strip windows, the regular layout, and a number of decorative motifs. The southern cube object had one more storey decorated with tiles. The rest of the building had a white façade; the north façade had an extended cubic oriel. The regular window grid was divided by red tiles. The original plan included a roof pergola referring to the nautical inspiration of functionalism, but it was not eventually built.  The main entrance was roofed by a large terrace, while the courtyard façade had several balconies.

The rental villa housed several flats. In the basement, there were service spaces (the boiler room, drying room, and laundry), a garage, and a flat with its own entrance facing the courtyard. The ground floor included two residential units, separated from the main entrance by a corridor and halls. The first floor was primarily designed as a flat for Alois Švorčík’s family. In the northern part, the architect designed a living room with a sit-down in a cube oriel; the bedrooms for parents and children were situated towards the yard, and the largest space housed an anteroom with a dining hall, divided by a sliding glass wall. In the southern first floor part, the architect designed guest rooms, rooms for maids, and the kitchen. The last floor included two other rooms.

The most interesting part of the project is the urban concept of a semi-open block, which included two specularly positioned villas facing Střelecká Street on the one side and open to another semi-open block leading to the church of priest Ambrož on the other side. Liska tried to use a similar solution in other projects, but he was successful only in this case. The subsequent construction of residential houses respected his layout and copied the height of the two villas. A recessed staircase from the villa upper storeys to three-storey residential buildings with increased ground floors was built.

The rental villa still serves the original residential purpose. It underwent only minor changes, including the renovation of the façades and the replacement of some of the original wooden windows with plastic ones. The building is still owned by Libuše Hanušová’s descendant.

Not a cultural monument; situated in the city conservation area. 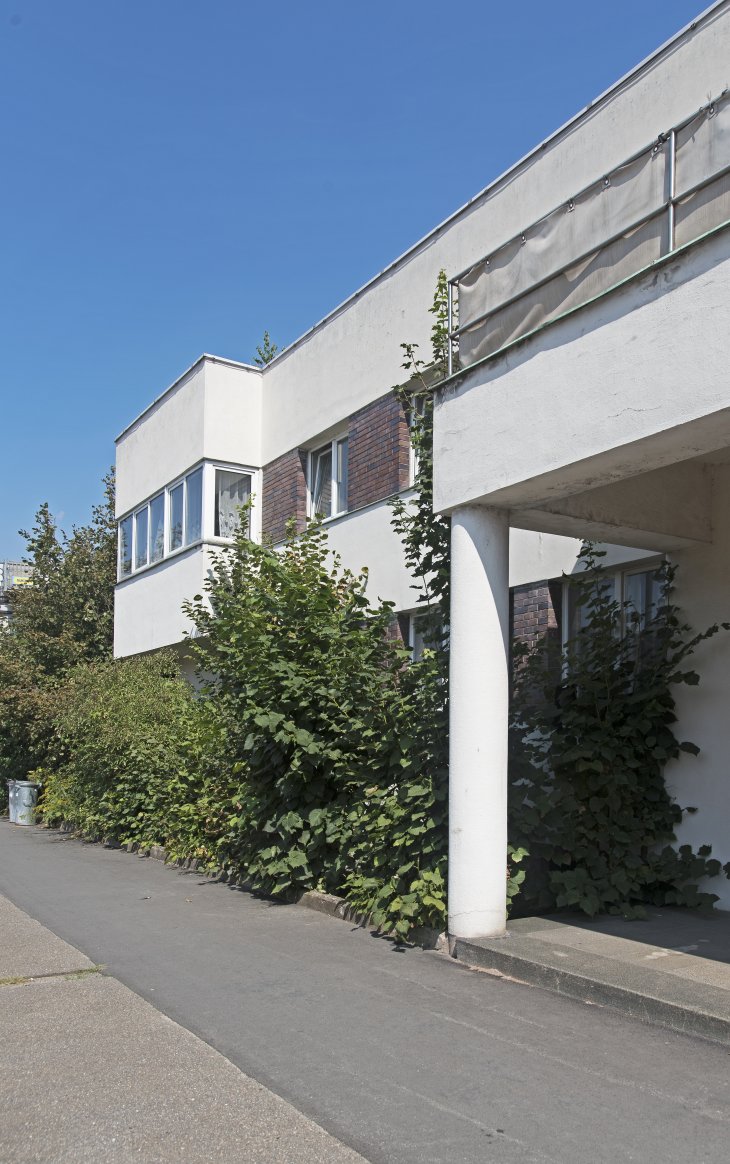 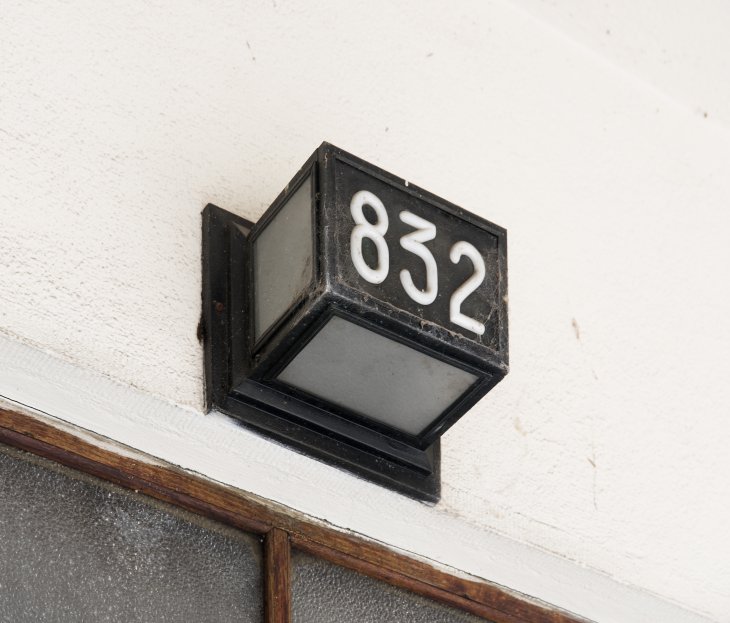 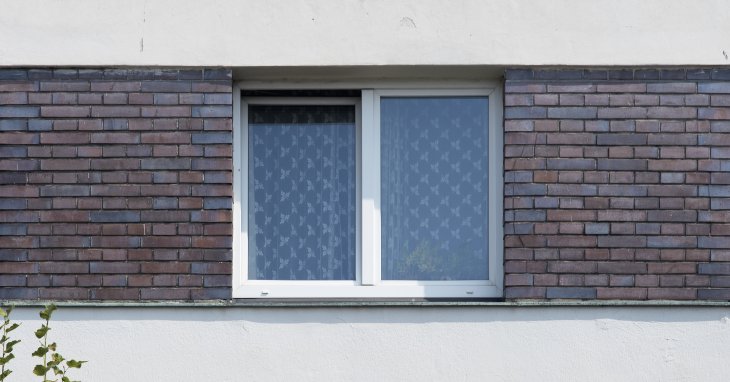