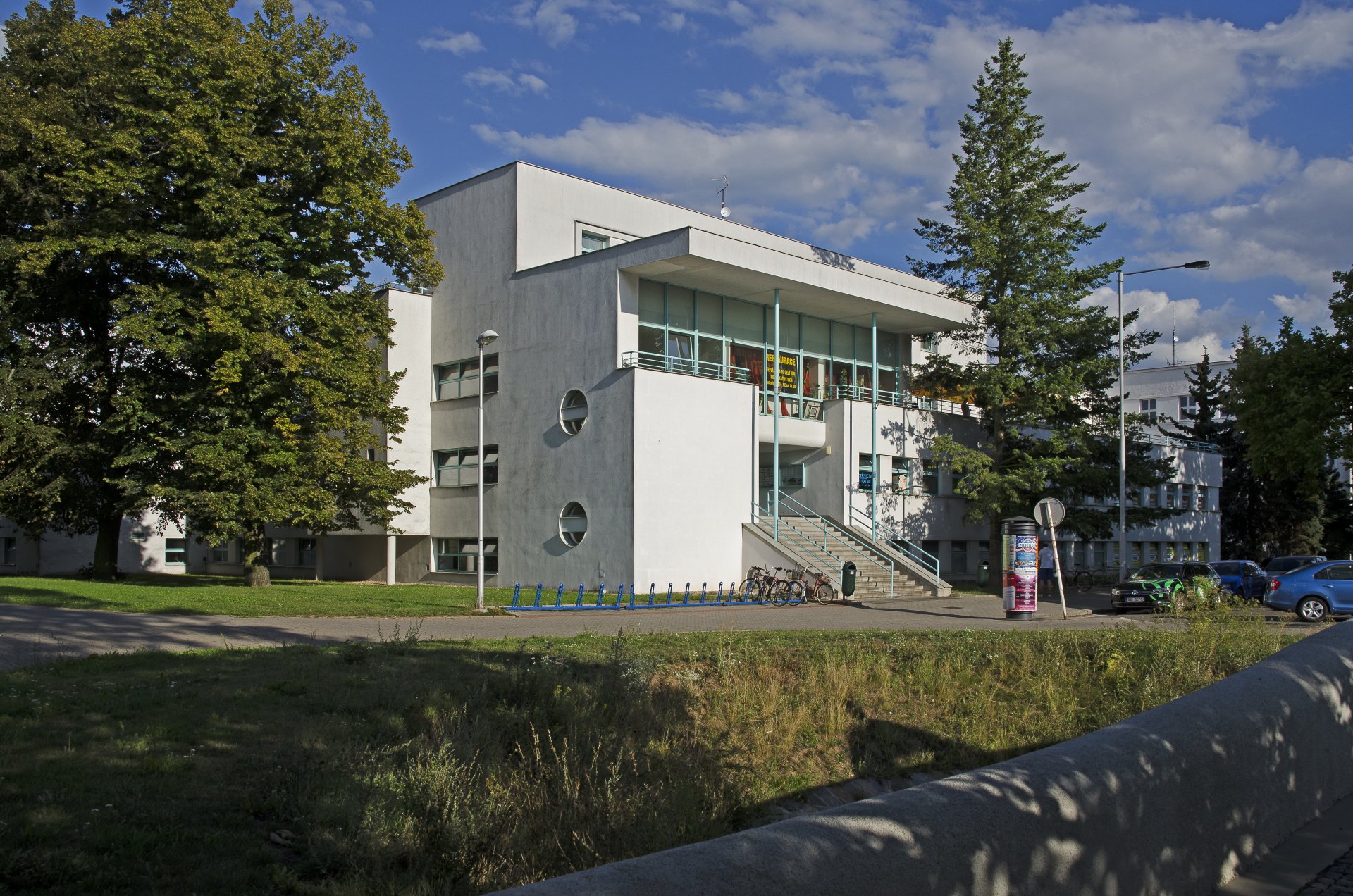 In the 1920s, Hradec Králové, a city at the confluence of two rivers, had unsatisfactory swimming pools. “Cabins are crammed with clothes of both sexes, and children, soldiers and individuals have to wait for hours until a hook is free anywhere in the cabin.” In 1926, a local newspaper appealed for the establishment of public bath and considered it a social health task for the city: “Are there not any industrial enterprises in Hradec Králové that would support the establishment of such public bath in the interest of health and greater efficiency of its employees..?”

The Hradec Králové Saving Bank (Spořitelna královehradecká) decided to build public bath at its own expense on 28 October 1928 to celebrate ten years of the Czechoslovak Republic. The plans caused negative reactions by the Swimming Club that did not like particularly the artificial waves, which they considered contrary to the spirit of sports and and expensive to build. “Wave bath, like other attractions, have no other practical meaning than making the swimming pool more interesting.” The club also criticized the length, width and depth of the pool and the disposition and layout of the space. Extensive discussions between the club and the bank took place in local newspapers.

The project architect Oldřich Liska gained his experience abroad and in consultations with experts. He studied the device making artificial waves in Vienna. The dispute was to be resolved by the Commission for the Construction of Public Bath of the Amateur Swimming Association in Prague. The commission came to the conclusion that “the project is basically unsuitable and not recommended... The pool itself is of dimensions that will not serve non-swimmers or swimmers... Considering that the project flaws are mostly and mainly caused by the impossible idea of artificial waves”, the commission suggested not installing the device. The rest rooms and cafeteria designed by the architect seemed unnecessarily large as well. The commission even refuted the architect’s findings that public bath are frequently visited because of the waves since “in artificial waves, bathing of both sexes is permitted while otherwise the sexes are separated”. The bank, however, ignored the adverse opinion of the commission and the Swimming Club. The public bath complex also included a summer garden with an open swimming pool with artificial waves in the rear wing. In 1929, however, the architect reduced the magnificent project. After criticism, he designed a second, and later, a third version of the project. The bank started to study the public bath spa operation and asked two local builders, Mr. Jihlavec and Mr. Nápravník and the head of the Building Council, Mr. Friedrich, to draft regulations. Architect Liska used the regulations to design the final, fourth version of the project. The bank committee, however, ignored the opinions of its experts, and Liska designed the final project and drafted a budget, even though he was not asked to do so. The bank paid him even for the unordered project. One of the experts, Mr. Jihlavec, resigned and refused to be responsible for further developments.

The final project, used to start the construction on 30 September 1931, significantly differed from the previous ones. To maintain the construction costs, the architect had to leave out a number of features (a roof terrace, a glass communications tower, a glass-fronted vertical staircase strip). Eventually, the simplified structure lost its metropolitan character and details referring to the nautical vocabulary. Leaving aside the economic crisis, the architect was the major cause of delays. He wanted “to properly celebrate the important anniversary (the establishment of the Czechoslovak Republic) with grandly conceived architecture whose construction cost was exceeded for two million crowns”.

The final plans were submitted in mid-June 1930. The construction was commissioned to F. and V. Capoušek’s company in September 1931. The pool was built in 1932; the paving was laid by February 1933. The opening ceremony was held on 9 April 1933. The permission to build and use the bath was not granted by the city council until April 1934 as it seemed to be “an old habit... to build and use a building for many years”.

Despite the concern of the Swimming Club, the bath became a popular sports site, especially because of the artificial waves. The waves served not only as an attraction and for publicity, but according to contemporary theories of hygiene, they were also beneficial for the human body. The machine producing the waves was installed by Kolben and Daněk in 1932.

The public bath was built in a functionalist style with subtle allusions to the nautical theme. The entrance façade was based on the contrast between the horizontal lines of strip windows and the vertical staircase strip, which, together with other terraces, evoked a great steamer. The lettering and wavy line on the building façade were blue and red. The elevated ground floor of the side wing has an extensive roof terrace. The building with a two-storey façade has 19 axes. Originally, it had artificial stone plaster.

The building is composed of three permeating rectangular wings built in the shape of the letter L. It included a 12x30m swimming pool, 10 spa tubs, steam, carbon dioxide and oxygen bath, showers, a massage lounge with 30 beds, a hairdressing salon, a barbershop, a refreshment shop, and a sun terrace. The building also had a gymnastic hall.

The architect described the layout in the Osvěta lidu in the following way: “The actually constructed buildings includes the following rooms: a 5×13m lobby, the middle 5x5m part of which leads to the first floor. The lobby leads to all the departments, the hairdresser’s, the buffet, the room for storing bathing suits, and the toilets; in the he middle, opposite the main entrance, there is a ticket office with the hatch for issuing bath laundry. The lobby was designed as a large common waiting room with 15m benches... The swimming pool of the Hradec Králové public bath is the largest one in Czechoslovakia, it is 39m long, 17m wide and 6.75m high, and it has a gallery for audience on its three sides at the height of the first floor.”

The special wave machine could create 5–6 waves as much as 60cm high. To illuminate the water, there were four rotating spotlights with coloured lenses. Inside the swimming pool, there were also illuminated signs and numbers for swimming lanes. The room had large glass windows that could be moved away in warm weather, so that swimmers could swim in the fresh air. The swimming pools walls were fitted with green and white glass up to the gallery height. In the buffet, the visitors could relax in tube ‘S-32’ chairs designed by Marcel Breuer. The architect also designed the buffet facilities, the benches and other wooden details produced by August’ Preclík’s joinery in Kukleny.

Photographs of the public bath were published in Casabella architecture review in Milan in 1935–1936, together with other 44 reproductions of Czech modern architecture. In its time, the public bath had the longest pool in Czechoslovakia and its artificial waves had no parallel. The modernity of the bath was also appreciated by the director of Muži nestárnou (Men Do Not Grow Old, 1942) – several scenes were filmed in the pool and buffet. Contemporary local newspapers compared the bath to a “White Fairy Tale” and a “House of Health”.

In the project, Oldřich Liska, who excelled in rather more traditional solutions and conservative style, “used nautical, functionalist architecture in a unique way”. Today, the public bath seems as a breakthrough in his work.

The building was criticised by architect Stanislav Semrád. He pointed that it was too big for the city of Hradec Králové and criticized the artificial waves which would be justified “only in large cities”. He also commented negatively on linking the interior to the exterior. Liska, however, thought that the main entrance was “monumental, yet cosy with a feeling of warmth” and that the interior had an “artistic value that enriched the local modern architecture in an excellent way”.

The public bath still serves its purpose. After reconstruction in 1993–1998, it started to be used as an amusement water park. The unique oil machine producing artificial waves was reconstructed in 1998. To expand the space for water attractions, partitions were pulled down, changing rooms and the buffet moved, and the basement rebuilt. 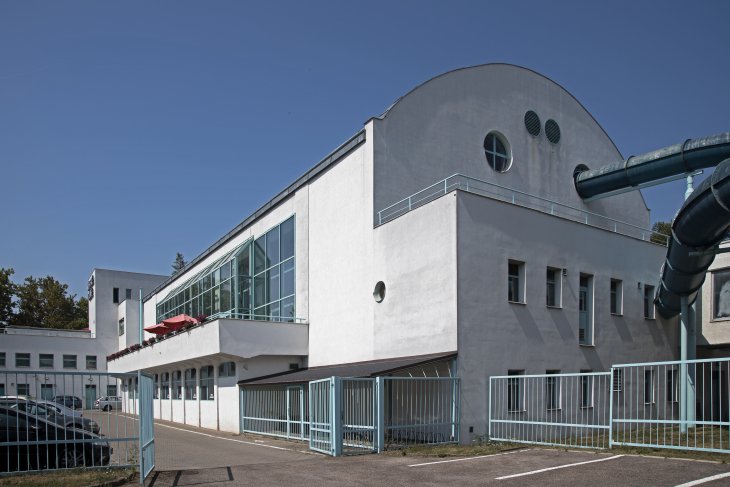 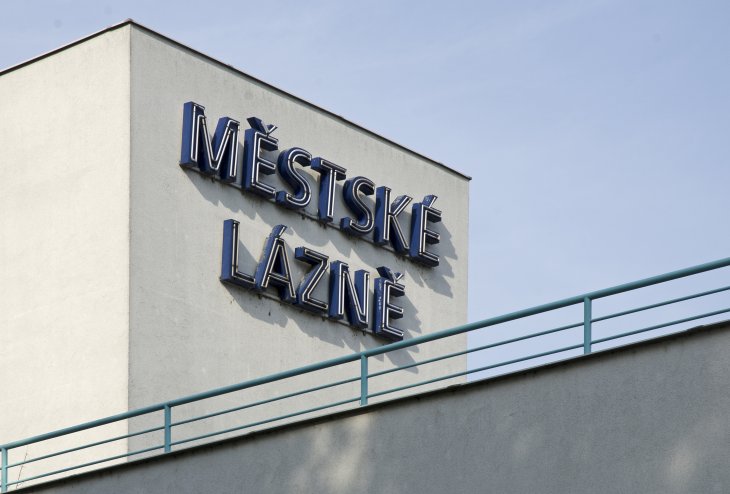 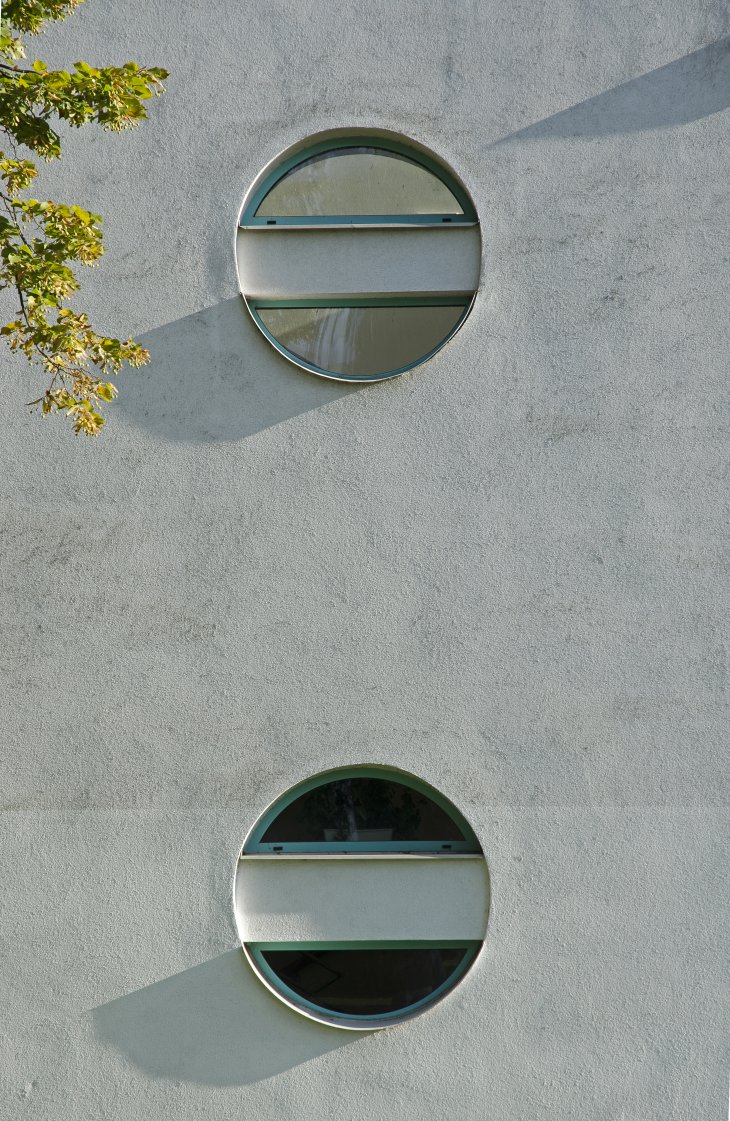 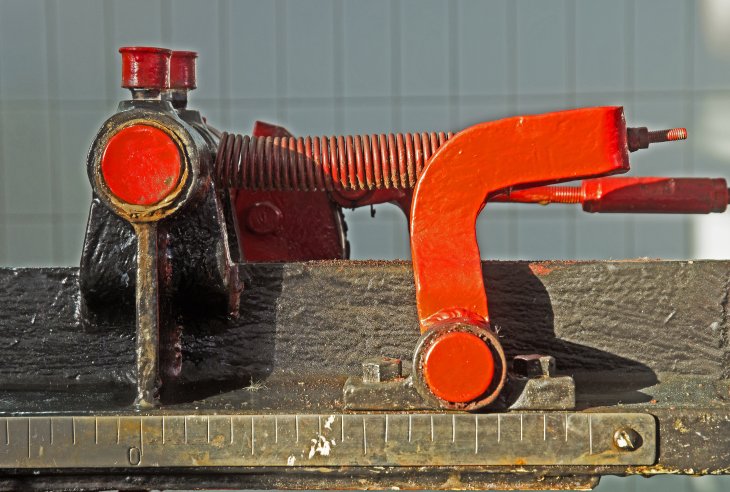 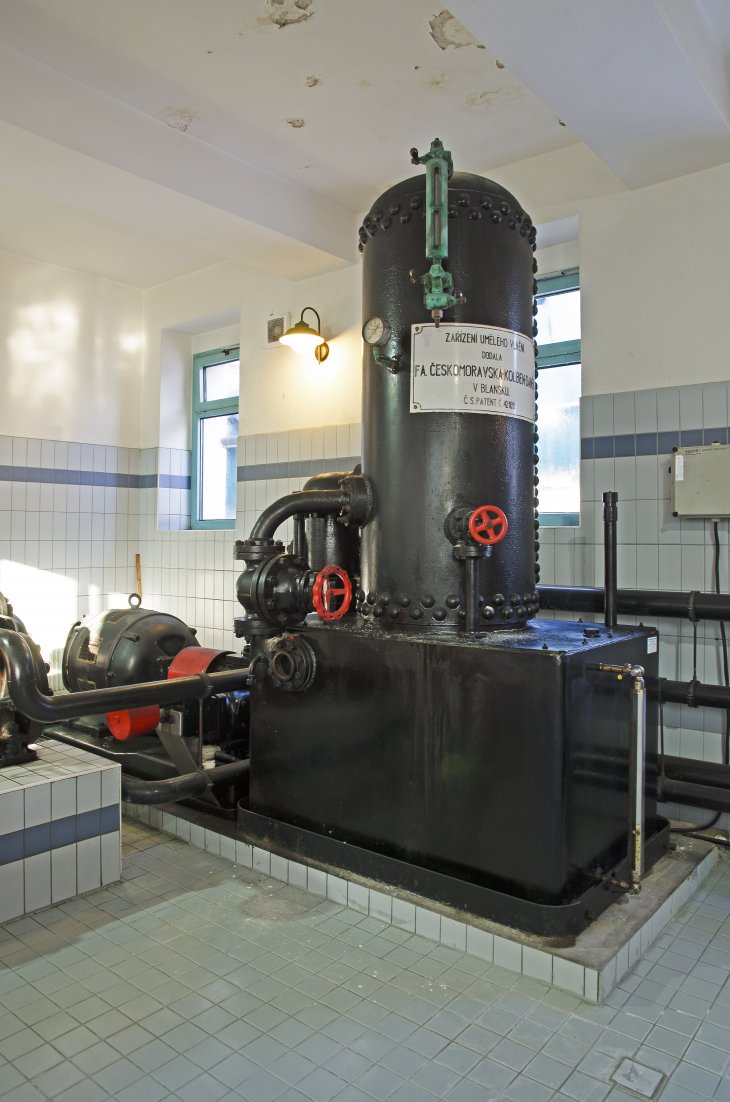 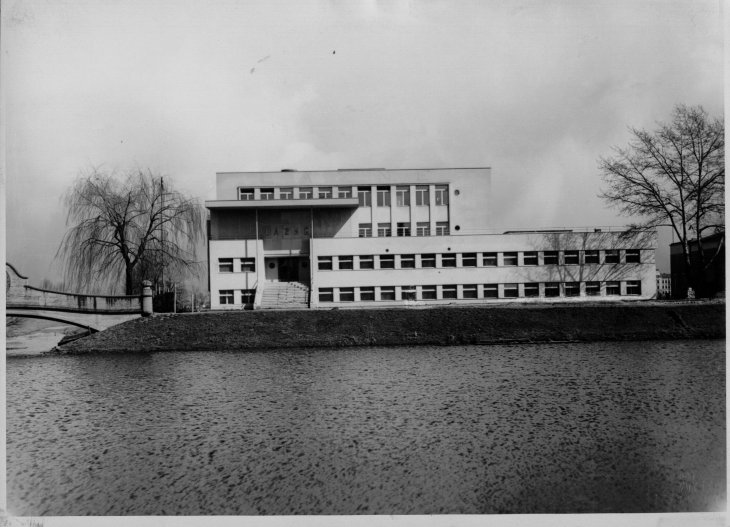 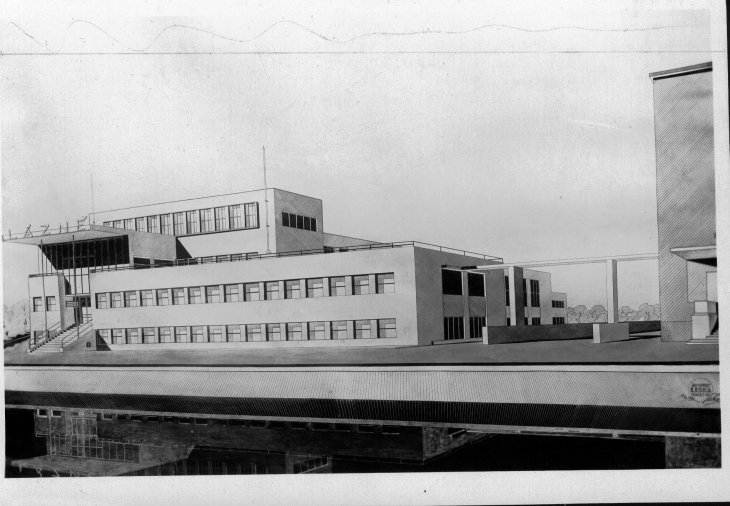 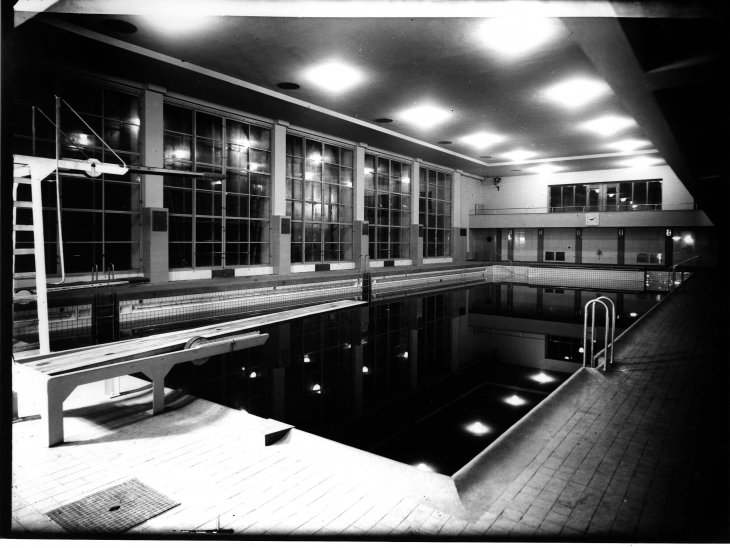 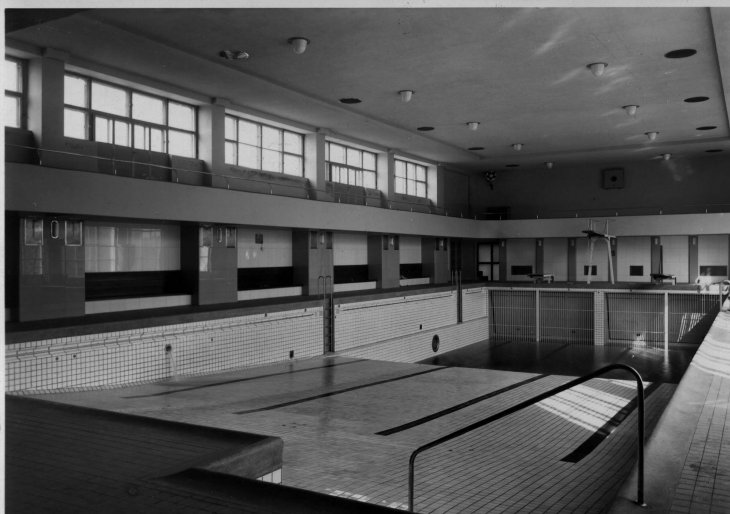 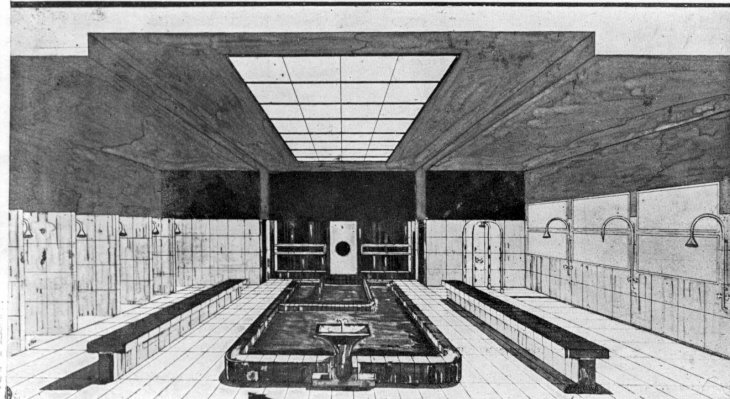 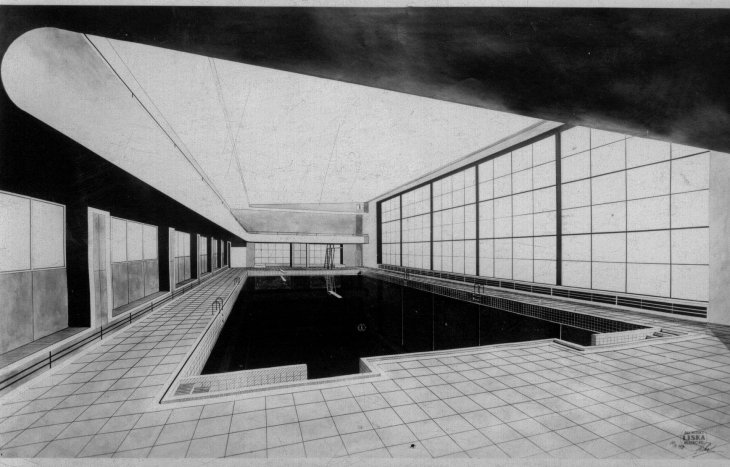 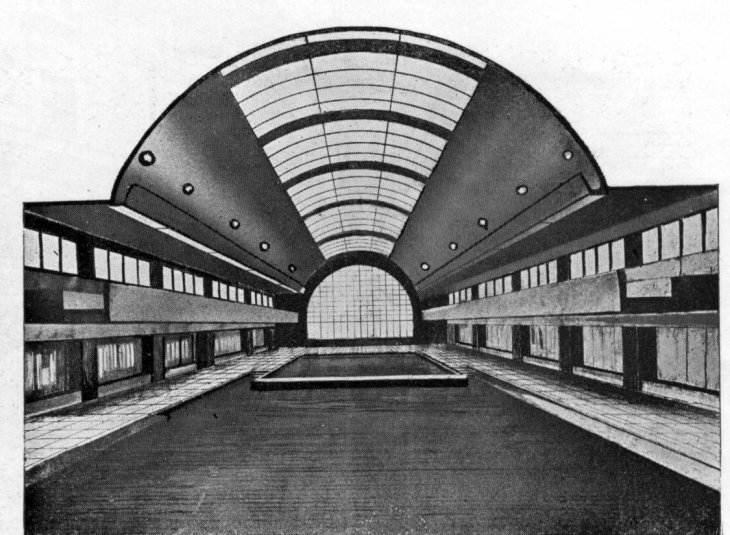 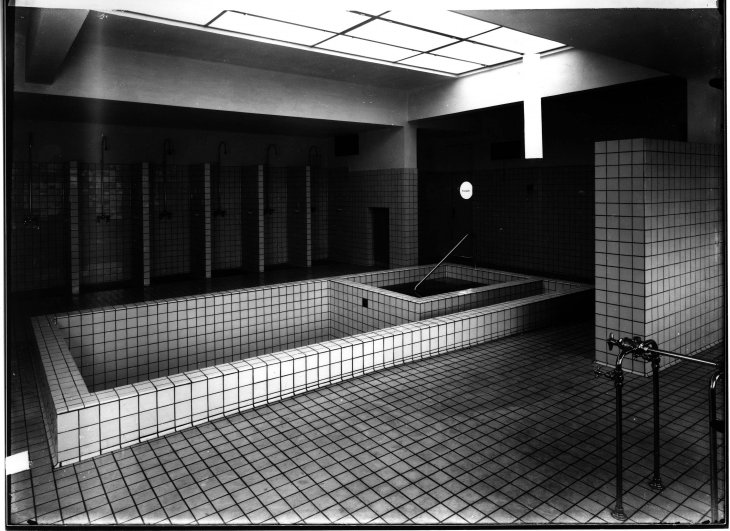 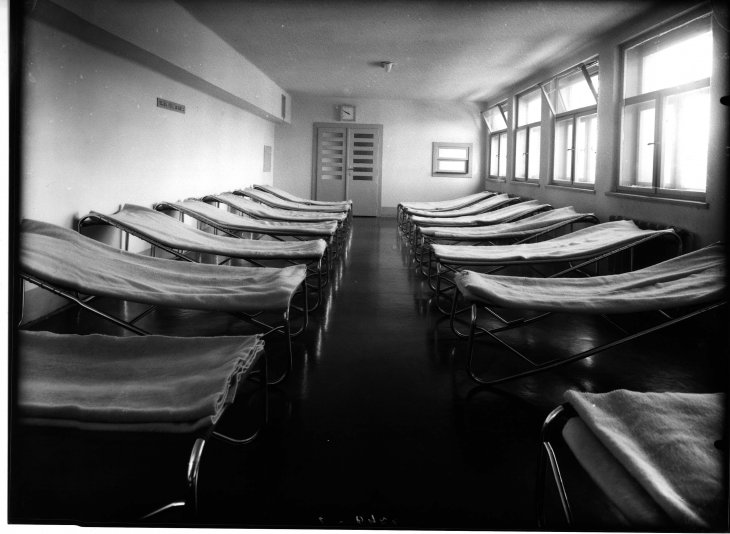 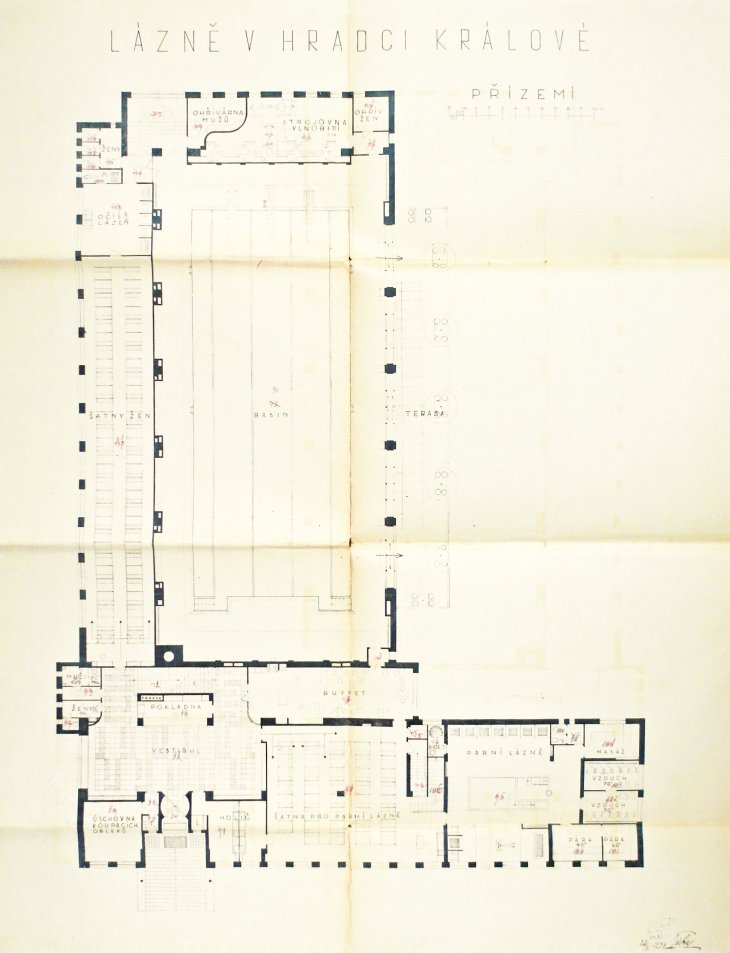