Protestant Church with a Rectory 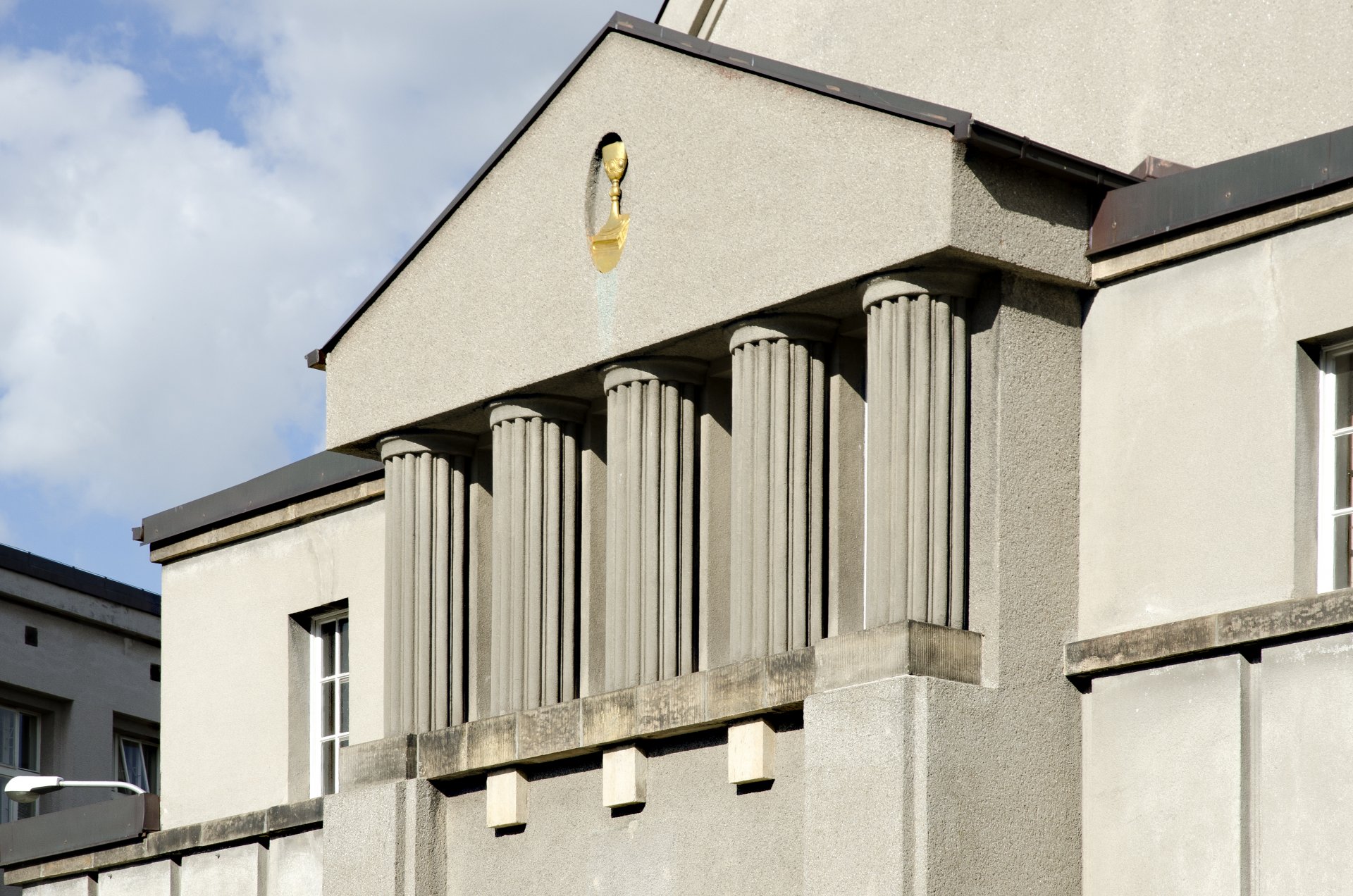 The construction of a reformed church in Hradec Králové was considered since the 1880s. The initiative, however, was not primarily taken by the local citizens. In 1896, the presbytery of the Evangelical Reformed Congregation in Černilov asked the city council for a building plot. The city, however, refused to make a final decision due the unfinished local regulatory plan; therefore, the presbytery founded the Association for Building a Protestant Church in Hradec Králové that took all the initiative after 1898. In 1905, the Association managed to purchase a building lot opposite the Mýtská brána (Vysoké Mýto Gate) for 18,779.20 crowns. The delay, however, continued. The project was assigned to architect Otto Bartning who subsequently designed five projects. The submitted visualizations, however, were rejected, mostly for economic reasons, and so was a monumental design by Josef Gočár, inspired by Italian Futurism. Other approached architects included Václav Rejchl and his son Václav Rejchl Jr. Their project was approved by the Association; the only negative comment was by the Swiss Protestant Alliance, the greatest donor. Thus, the owner was forced to announce an architectural competition. Václav Rejchl, Oldřich Liska, Vladimír Fultner and several other building assistants submitted their designs. Given the utter lack of funds, the Association chose the competition project by Oldřich Liska, co-authored by architect Josef Fňouk. The architect decided to work pro bono. The uniqueness of the design is mainly in the sensitive combination of neoclassical and decorative features of German modernism and symbolic features referring to the Hussite themes.

The construction began on 19 June 1911 and it was completed by Fňouk & Liska building company in 1912. The originally more decorated plan was formalized with plenty of neoclassical features by contractor Josef Fňouk. The complex of the protestant church included a prayer hall with a bell tower and a rectory villa. For the religious building, architect Liska used an unconventional irregular disposition. Its façade was divided by narrow rectangular windows. The façade was decorated with a recessed portal with an Art Nouveau frieze and a subtle tympanum with fluted pilasters. The whole object was then roofed with a massive gable roof. Next to the prayer hall, there was a chapel bell, emphasized by Cyclopean masonry in the lower parts. The tower gallery was lined with half-columns and the tower had a roof in the shape of a Hussite helmet, topped by a mace. Similar features divided the façade of the rectory. For this building, Liska designed a recessed portal, Art Nouveau decorative targets, and decorative window chambranles. The rectory had a mansard roof. As for the layout, the prayer hall was divided into a small hall, the main hall and rooms for the pastor. The rectory building had a basement to provide adequate facilities for the operation of the protestant church in Hradec Králové.

The equipment and decoration of the church was designed by the architect and other artists. The sculptures, including the model of the chalice above the portal, were created by sculptor Petr Novák from Jaroměř. The lamps and the main chandelier in the prayer hall were designed by Josef Rabas. The church organ was created by Karel Urban, but the interior features were mainly designed by architect Oldřich Liska and contractor Josef Fňouk. Liska also created the design and the parts of the large pulpit, the communion table and the cabinets for books. The architect’s drawings were then used by carpenter Václav Souček.

The whole project clearly refers to the sources of Oldřich Liska’s inspiration. Given his conservative training at the Imperial and Royal State Technical School in Prague and the School of Applied Arts in Dresden, he was mainly inspired by German architecture. In his early designs, he frequently used the forms of decorativism and late German Art Nouveau, artfully combining them with the aesthetics of neoclassicism when requested by the owner. Another important source of inspiration was the Hussite history of the Protestant Church. Liska’s designs included several references to the Hussite movement, for example, in the bell tower roof (the Hussite helmet), the rooftop (the mace) and the frequently used symbol of the chalice. Finally, it is necessary to mention the religion of the architect who was baptised as a Protestant and remained one throughout his life.

In 1943, it became evident that the capacity of the prayer hall was insufficient. For this reason, the Czechoslovak Protestant Church asked Liska to design an extension to the prayer hall. The architect submitted four projects with different versions of another nave with the same composition of the mass and façade. In the designs, he also suggested different locations of a new bell tower, or slightly upgraded its rooftop with a huge chalice. Due to economic reasons and the construction closure, the extension was not built.

After the changes in the political climate in 1948, no further steps to extend the buildings of the protestant church were made. Only minor repairs, mainly to the roof, were made and the windows were replaced. Around 2010, a great reconstruction began: the façade was cleaned, some of its original features restored, the fence repaired, and the roof replaced in time to celebrate the 100-year-old anniversary of the completion and consecration of the church in 2012. 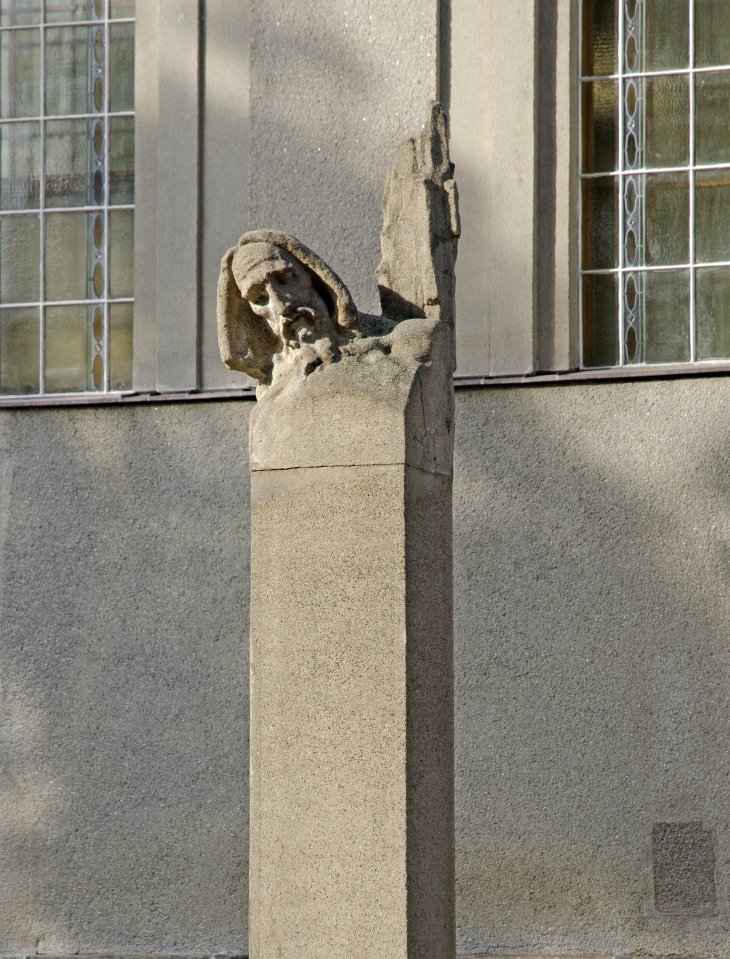 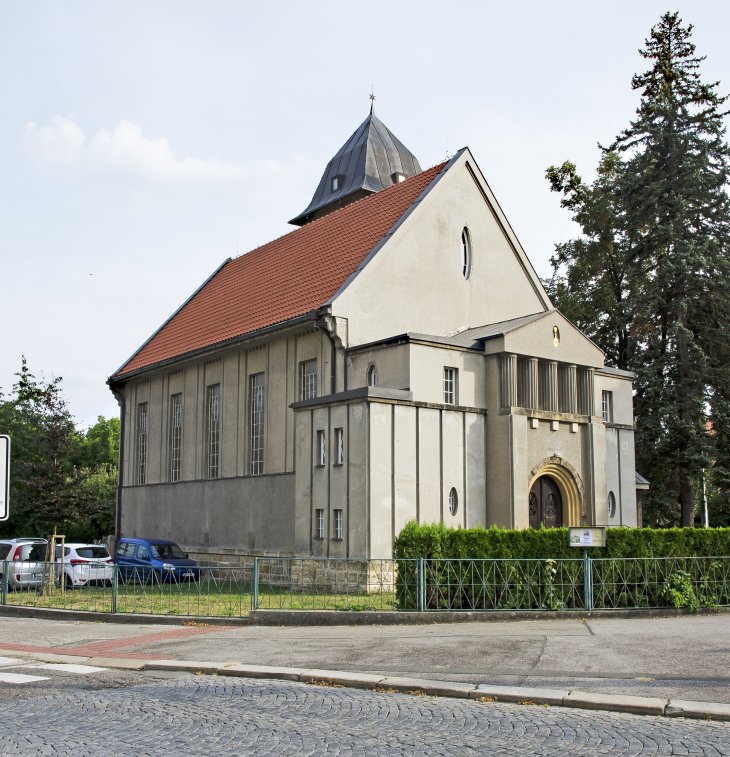 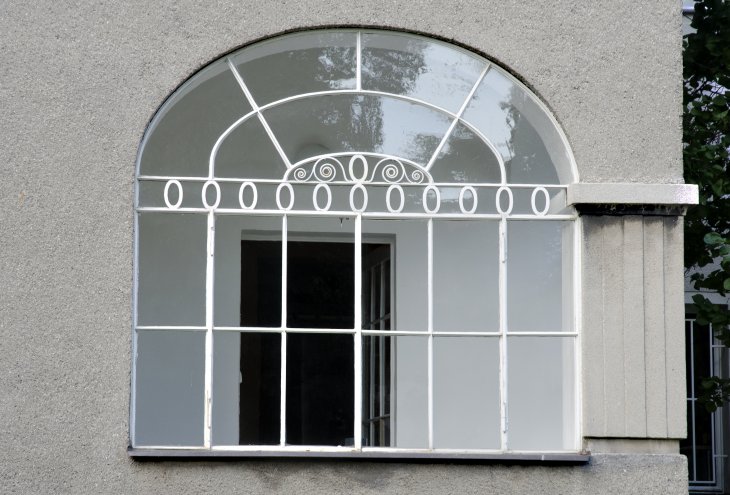 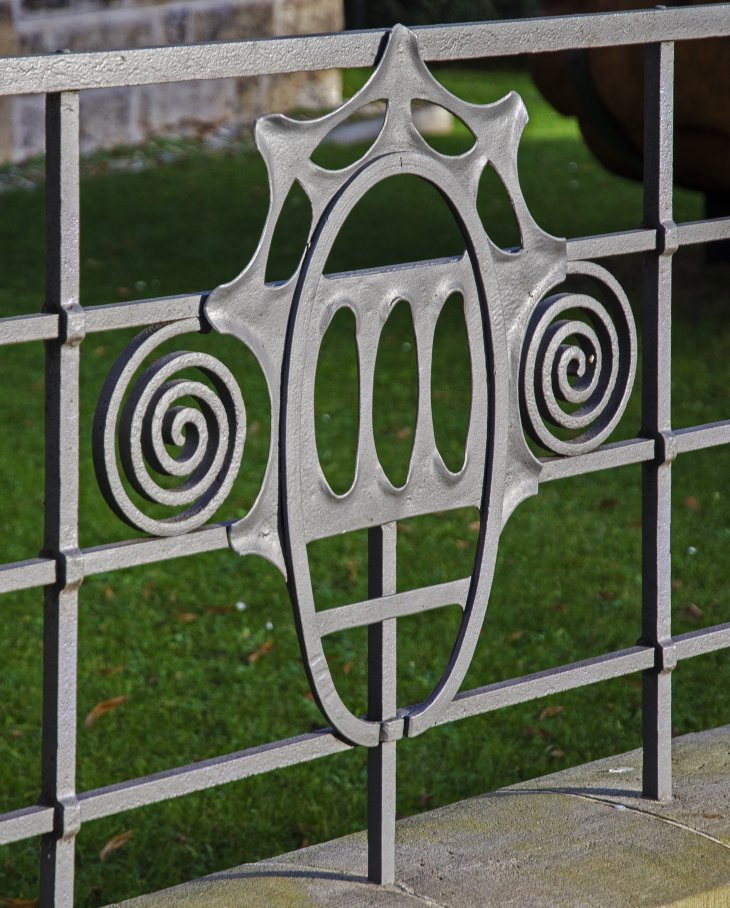 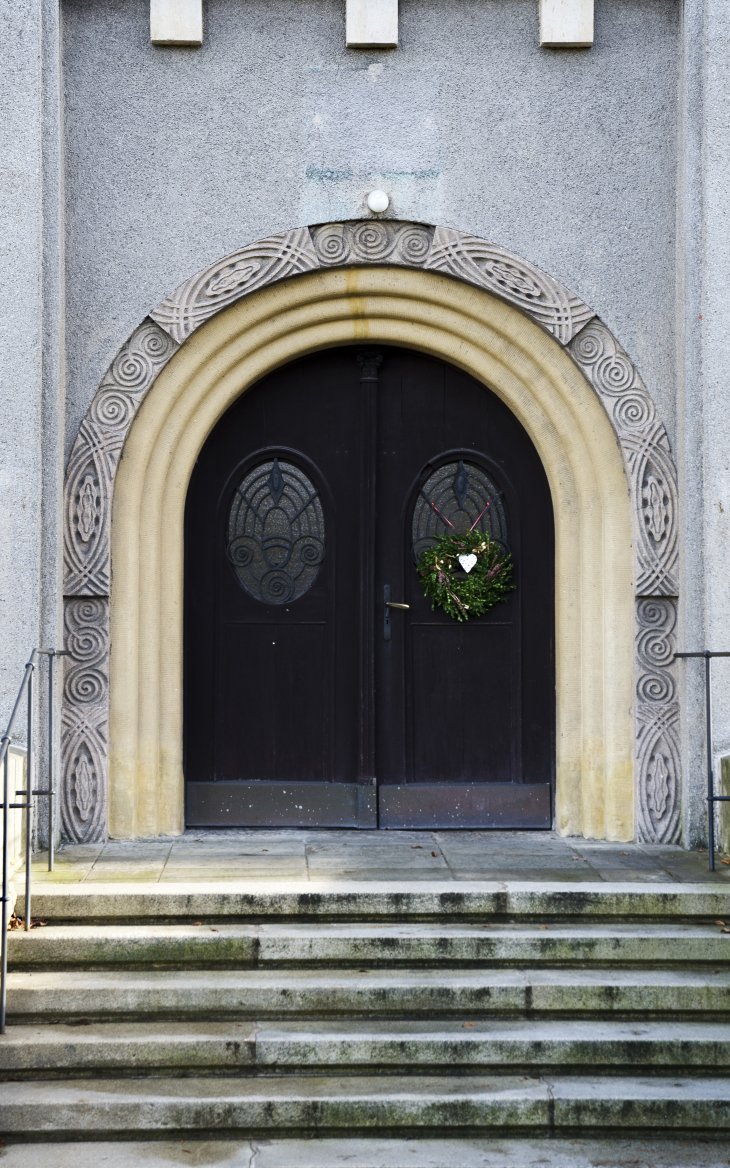 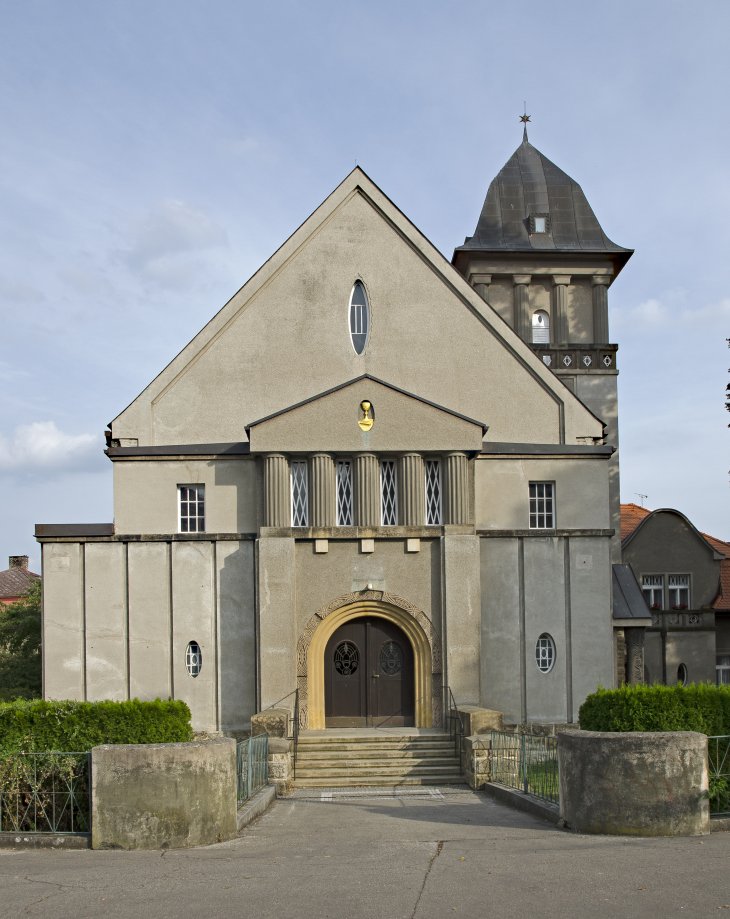 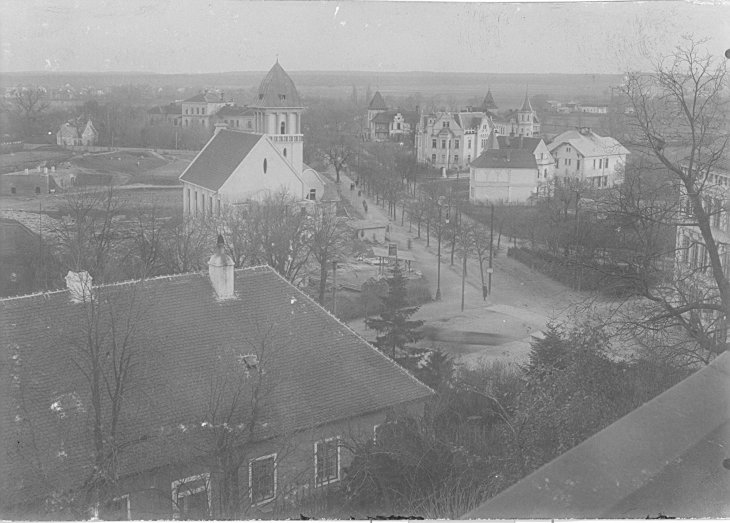 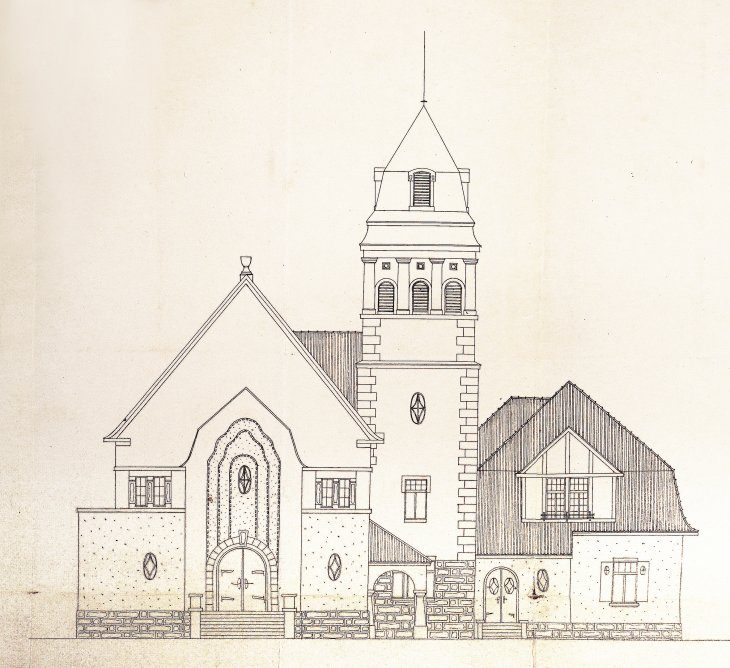 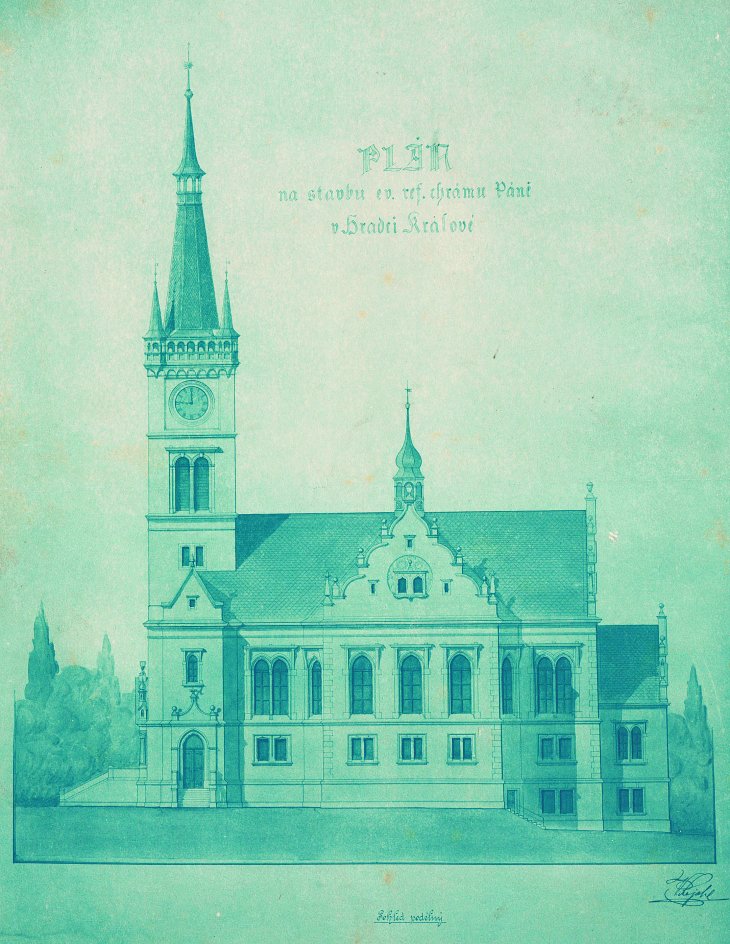 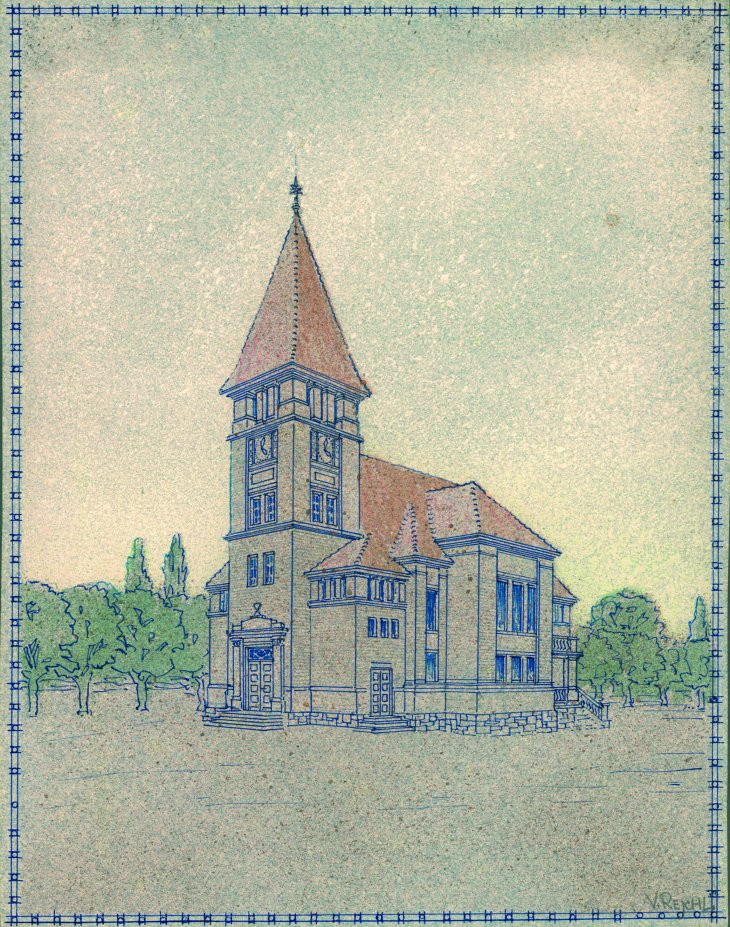