The Second House of Antonín Hanuš 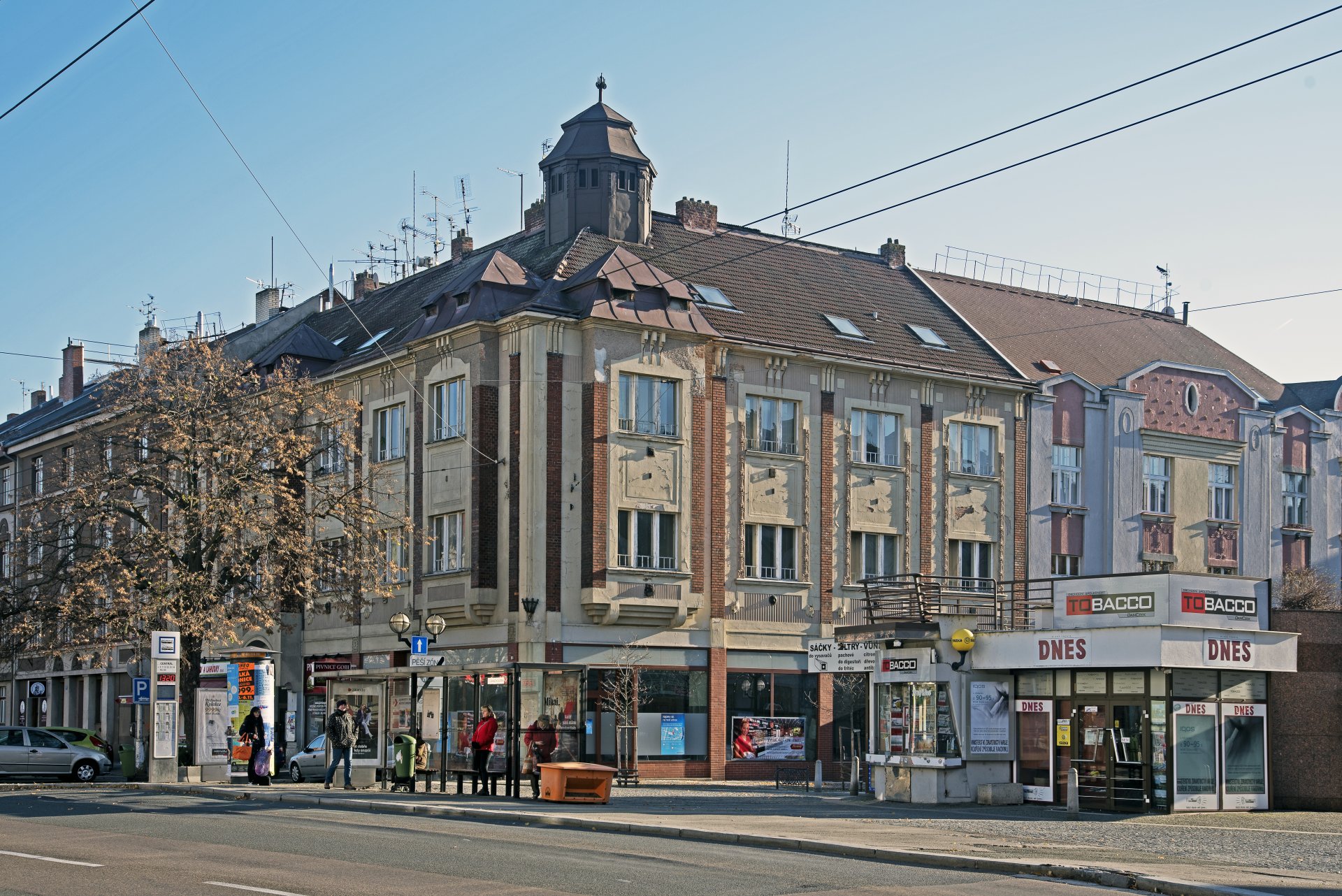 The house at 522 třída Karla Iv. Avenue, designed in the same style like the Trade House (Živnostenský dům) in Masarykovo náměstí Square, is attributed to Vladimír Fultner. However, the architect’s name does not appear in the plans, and there is no other proof to confirm his authorship. However, a lot of indicia prove that Fultner really may have designed the house. The project owner was Antonín Hanuš, Fultner’s uncle, who invested in a property at the edge of the new development area near Pražské Předměstí (Prague Suburbs). The project of the two-storey corner house with a typical domed roof was designed in May 1911, the city council approved it in July, and the construction was completed in June of the following year. The architectural style defines the project as an example of the so-called Biedermeier Revival architecture, reflected mainly in the decorative parts of the plain and simply structured façade. The layout, following the logic, clarity and vertical accent of the design, originally featured only geometric shapes, for example, rhombic strips or square spirals. In the final construction, they were mostly replaced with zoomorphic motifs such as shells piled up in compound chambranles or fanciful fish heads with human features on the first floor windowsills.

The popularity of Biedermeier was revived by the contemporary trends and first applied in interior designs by Josef Hoffmann and Leopold Bauer. Fultner’s design of the façade of Hanuš’s house corresponded with the way these trends resonated especially in the work of Wunibald Deininger. Deininger was a pupil of Otto Wagner and after he overcame his Art Nouveau period, he accepted Hoffmannian neoclassicism. In his designs, Deininger used the neo-classicist vertical tectonic division and combined late classicist decorative details and baroquizing forms. His first designs in this style, similar to those by Fultner, date back to early 1911 and include Rudolf Reisz’s house (designed in January 1911), Vinzenz Heinz and Gustav Kulka’s house (1911), Fredinand Aufricht’s residential building with a café (1911–1913), and the National Hotel with a heavy mansard roof designed in March 1912. Deininger went even further than Fultner, particularly in terms of the decorative richness of the façades. He designed, for example, fluted lesenes and pilasters and used new decorative forms such as berries, zigzag lines, spirals, baskets with fruit or flowers, and cellular ornamental structures, usually arranged in strips following the logic of the construction. 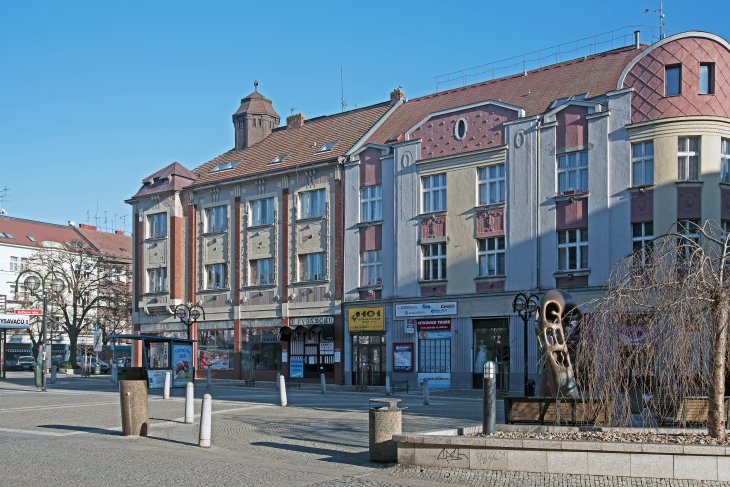 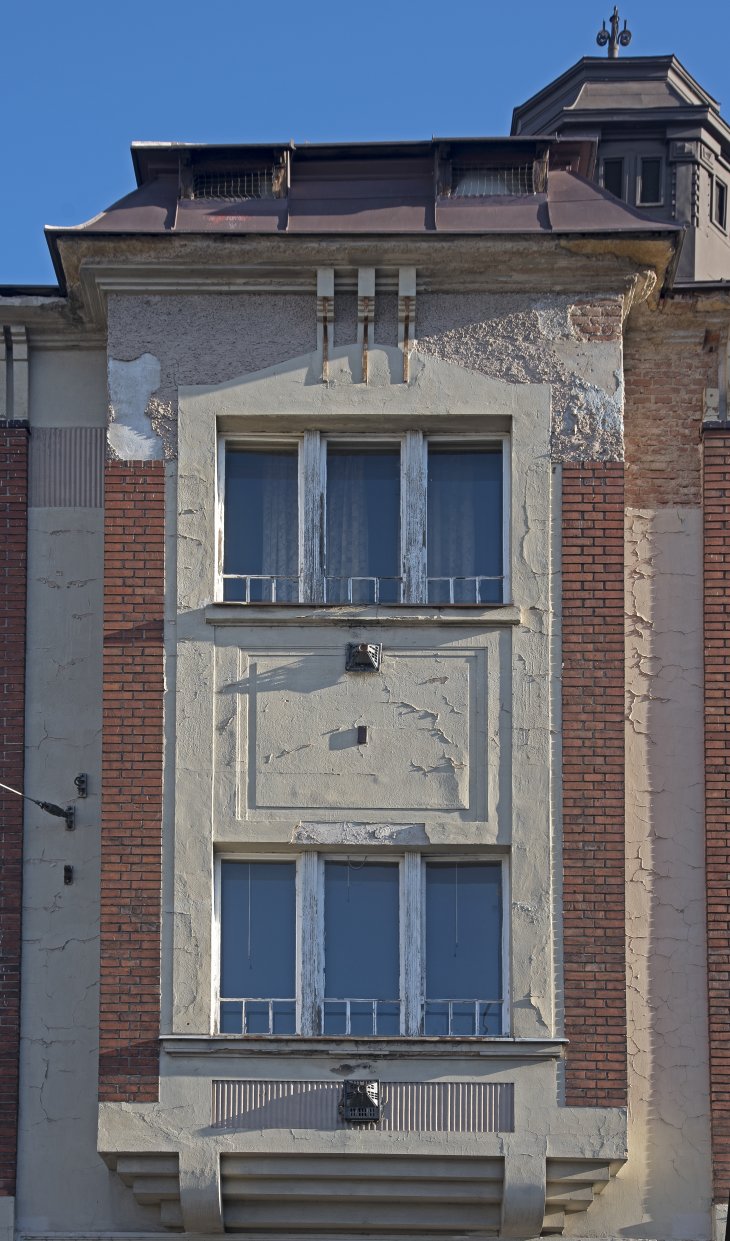 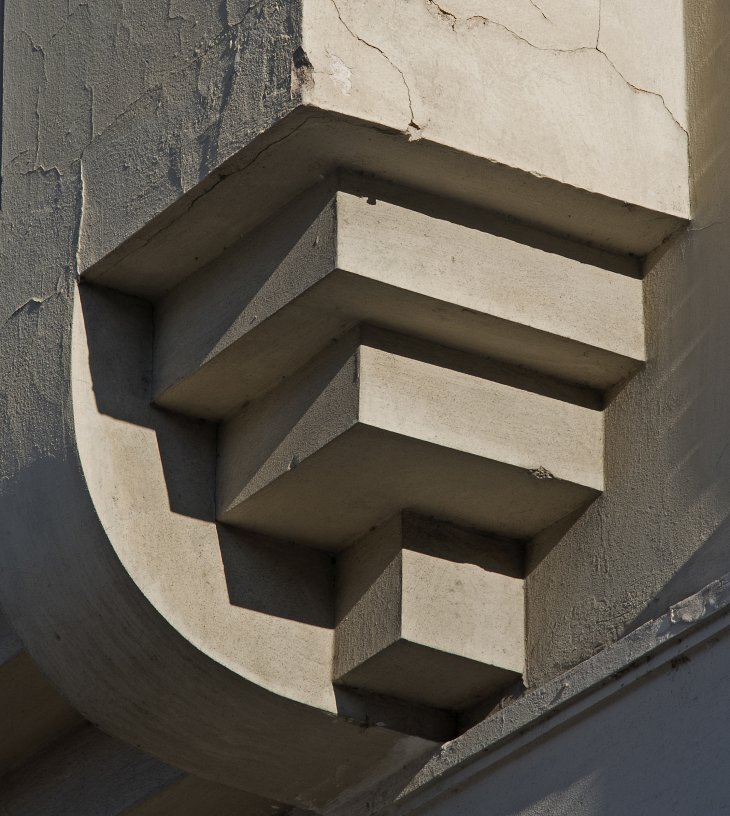