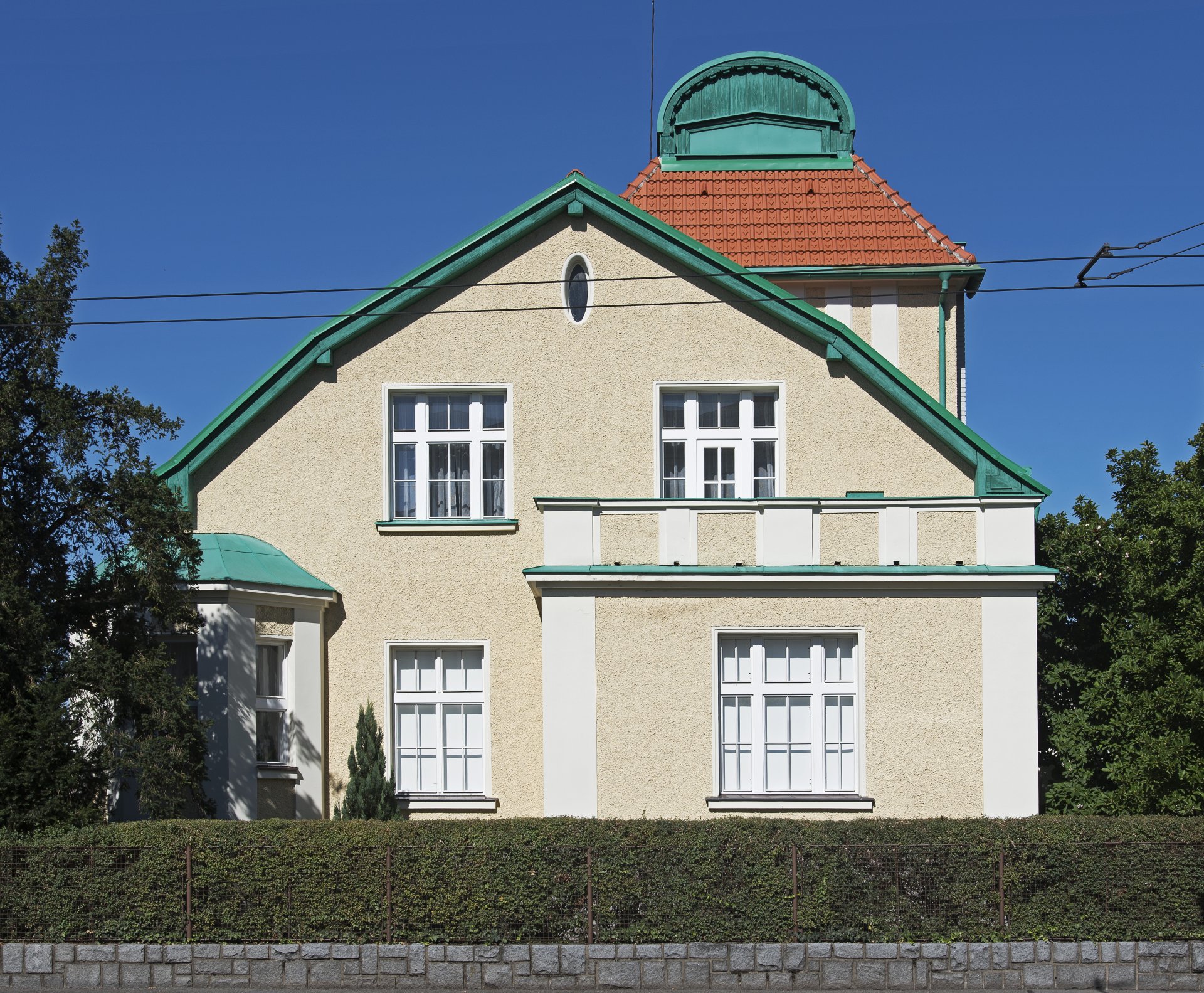 In Hradec Králové, Vladimír Fultner’s tendency towards the geometric Art Nouveau style culminated in the construction of two family houses in Střelecká Street, built in the residential area behind the dam of the former inundation basin. In these projects, Fultner skilfully and more generally nuanced Kotěra’s creative style, using spatially meaningful compositions, suitable constructional solutions, and a supporting decorative line.

Fultner was first approached by Václav Píša, who was the director of the headquarters of Záložní úvěrní ústav (The Credit Institution), the most influential banking institution in Hradec Králové, since 1906. Píša’s villa was designed by Fultner in the summer of 1909 and built by the local architectural firm of Jindřich Labouťka by July 1910. The villa architecture was based on modernist principles, manifested especially in the arrangement and shaping of the volumes that formed the house. The central body was a robust staircase tower, representing the predominant verticality in the composition. The mass in the main façade, facing Střelecká Street, was balanced by the heavy mansard roof sitting above the elevated ground floor.

In his search for the optimal solution, Fultner considered meeting Kotěra’s demand for proper formation of the space. According to Kotěra, the architect was supposed to use suitable structural means to create the resulting form based on the intended purpose of the building. Therefore, Fultner identified the functions of each part of Píša’s villa, taking into account its internal space conditions. The best solution seemed to be a clearly defined staircase tower with a separate entrance, separating the utility premises in the back from the residential part. In the front part, there was a loggia, referring to the representative function of the rooms, and the attic roof shape copied the loft disposition. The precisely designed object was then decorated, using two competing, yet synchronized approaches. On the one hand, the architect used Art Nouveau geometric patterns on stucco lesenes, in window and door panels, and on the interior railings. On the other hand, he created a tension between the rough plaster, lined vertically on the ground floor and horizontally on the tower, and the smoothly plastered surfaces in the façade structure. The decorative contrast was based also on a conspicuous alternation of materials and colours. Besides the plaster with various surface finishes, the architect used bricks in the tower pylons, wood and copper in the tower dome, and extensive roofing.

The original appearance of the villa, unfortunately, has not survived. In 1919, its new owner Bruno Ehrenfest, who carried on business in leather industry, asked Josef Vyleťal to develop plans for the redevelopment and expansion of the villa. The extensive changes affected especially the main façade, which radically changed its appearance. Among other things, a high gable lifting the roof and aligning the height of its ridge was created. This move meant abandoning Fultner’s smooth design and compact morphology. 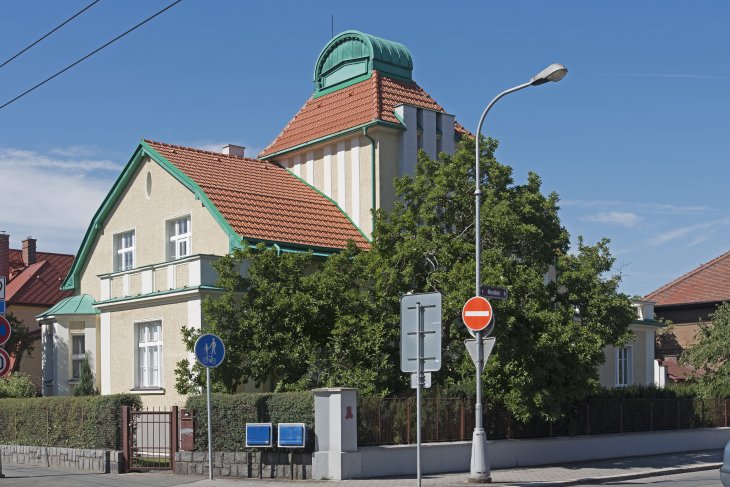 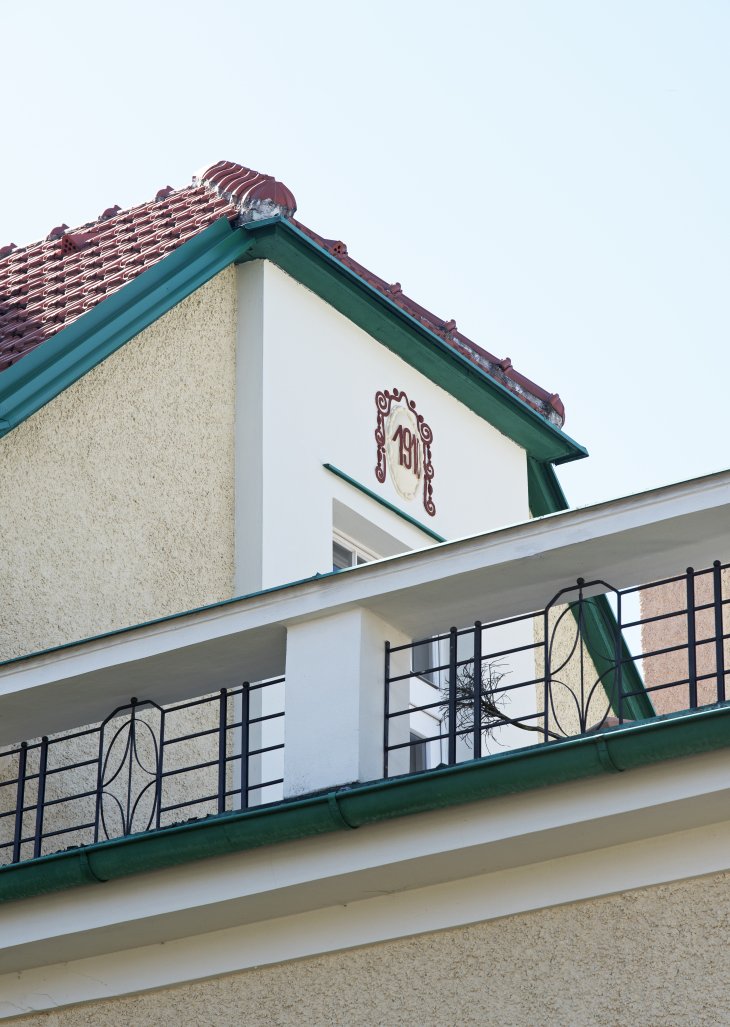 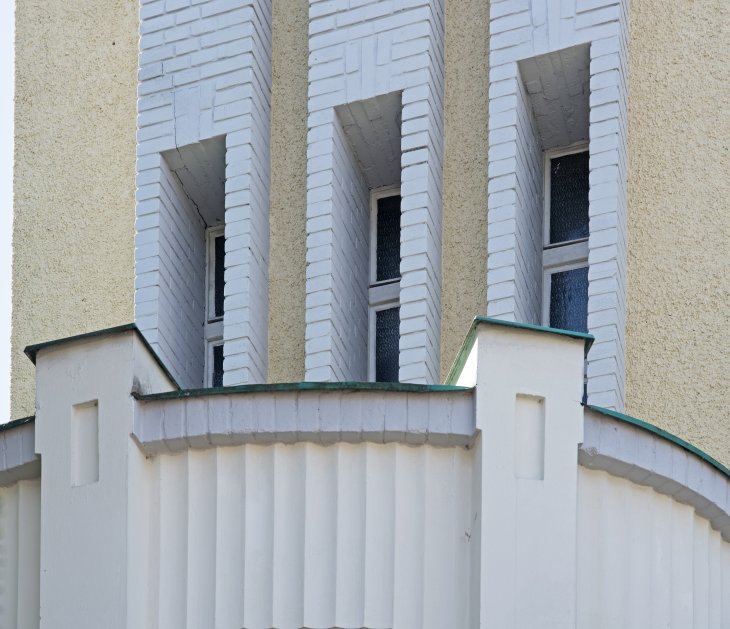 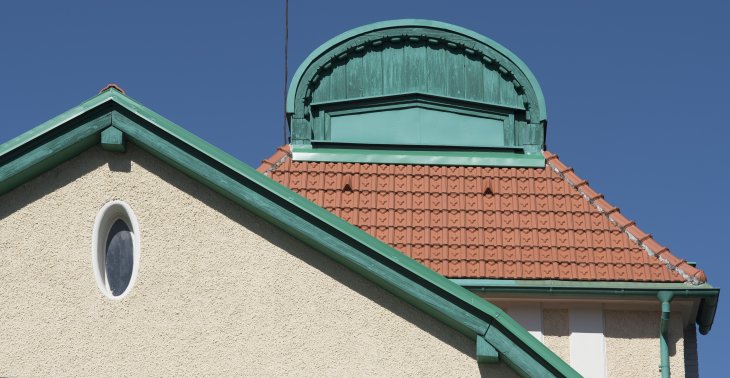