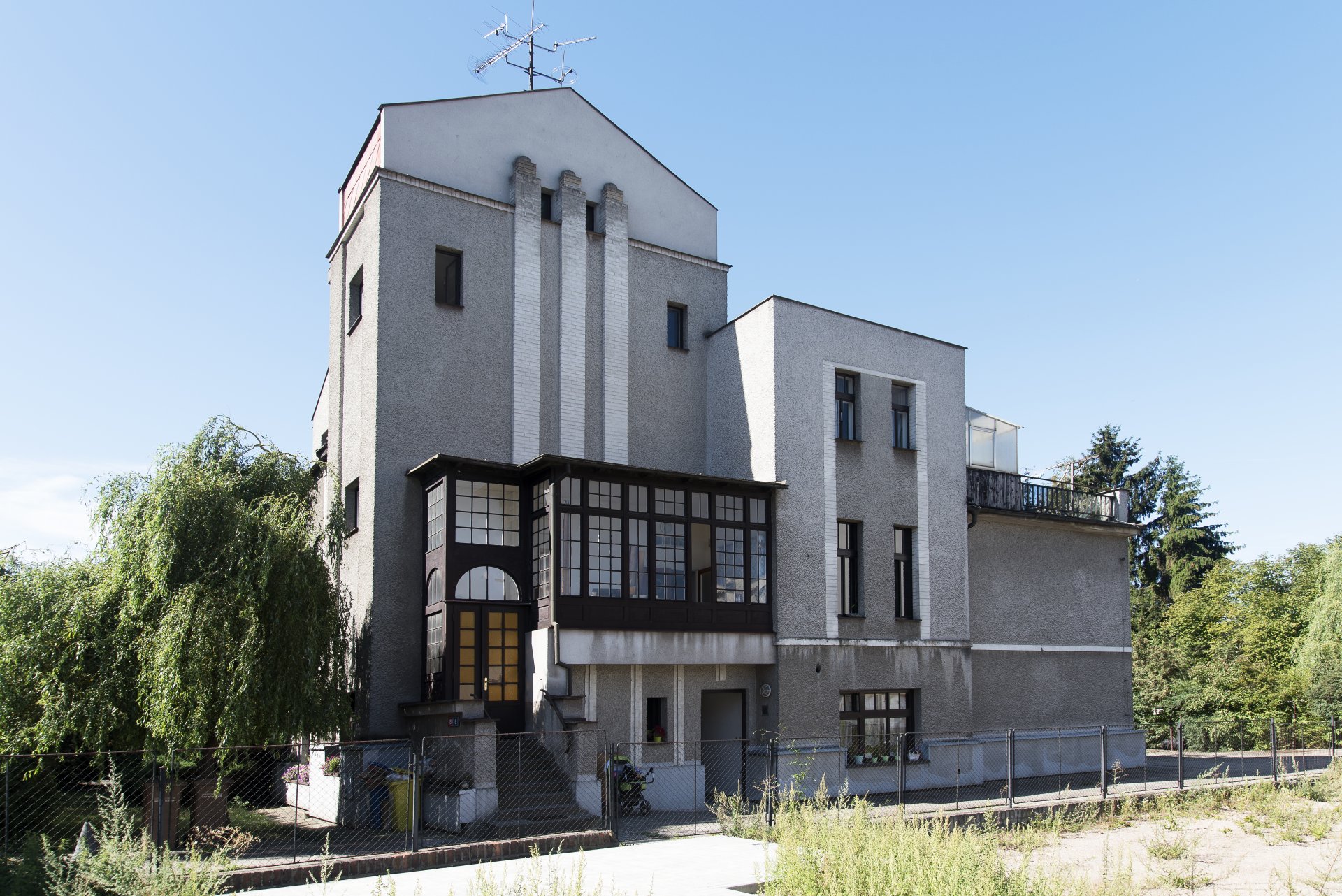 The second villa in Střelecká Street was designed for Václav Charvát, an officer of the Austrian Northwest Railway, by Vladimír Fultner. In contemporary documents, the construction area was known as a “white-collar sector”, and even railway employees were able to afford a plot of land there. Due to unfavourable conditions, Fultner designed a family house with a low recessed ground floor or basement where he situated a hall, two rooms, the kitchen, bathroom, toilet, and laundry. A rectangular staircase on the north side, lined with richly ornamented candelabra, led to the main living floor. The unconventional bend of the entrance was reflected in the layout of entire house – in the recessed perimeter line and in the dissonant arrangement of the interior. The entrance led to a small hall in a dominant high block. The tower had roughly the same parameters as Píša’s villa, but it faced Střelecká Street with its shorter side. It was topped with a pointed superstructure with gabled sides in the form of dormers. The hall continued to a narrow hallway providing exclusive access to separate rooms – the east-facing bedroom with a bathroom, the dining hall with a shallow oriel facing the south west, and the surprisingly spacious kitchen in the north wing. The attic included two rooms with a dormer, one of them with a loggia facing the south. The original layout of the house inevitably resulted in visible mass and formal looseness, eventually making the impression of uneasiness which was greatly strengthened by the annexe built in the late 1920s. The segmentation principle was typical for creative portfolios of Jan Kotěra’s pupils.

During the construction, some details of the façade, initially designed in the summer of 1909, did not materialize. Based on official complaints, Fultner decided to remove the festive arrangement of the outdoor staircase and situated it in a glazed wooden porch. Subsequently, he also decided to fundamentally reduce the decorative features, which affected the main façade as well. Geometric ornaments were substantially suppressed and the aesthetic effect transferred to the structure of the components. These were accentuated mainly by the use of unplastered bricks. Both the staircase tower and the structure were inspired by Jan Kotěra’s villa in Prague – Vinohrady. Thus, Fultner eventually reduced the decorative details in the first draft of the façade and focused rather on the contrasts of materials and colours in a simple planar structure, like in Píše’s villa.

Václav Charvát’s villa was completed in March 1910 when it was also approved by the authorities. Like other buildings designed by Fultner, the villa has not survived in its original form. Significant changes of the layout were initiated by new owners, František Košťál and his wife Emílie, and carried out in the period from December 1928 to June 1929 by V. Nekvasil and Robert Schmidt’s company. The last Art Nouveau features were destructed and the façade texture unified in the socialist era, after the object was nationalized in 1962, especially in the 1980s. 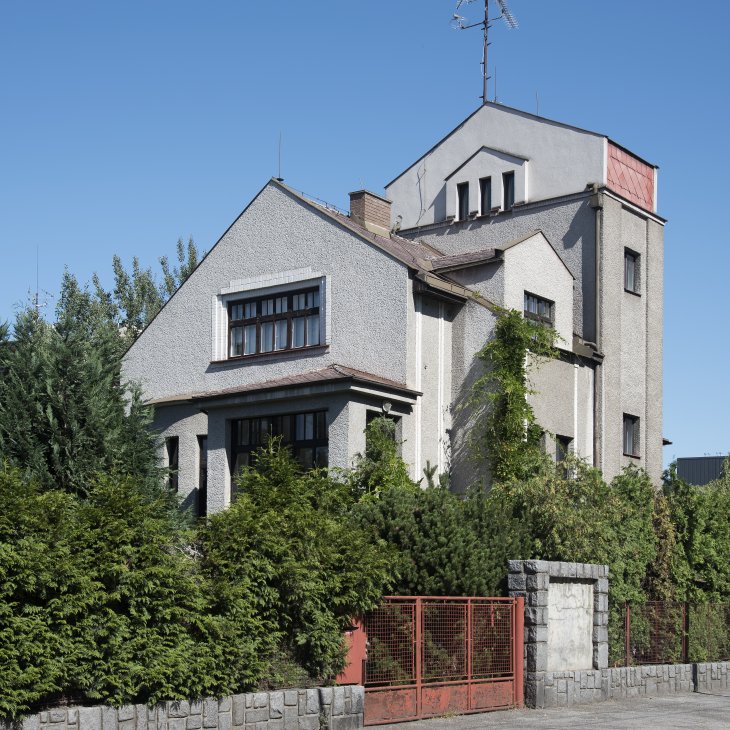 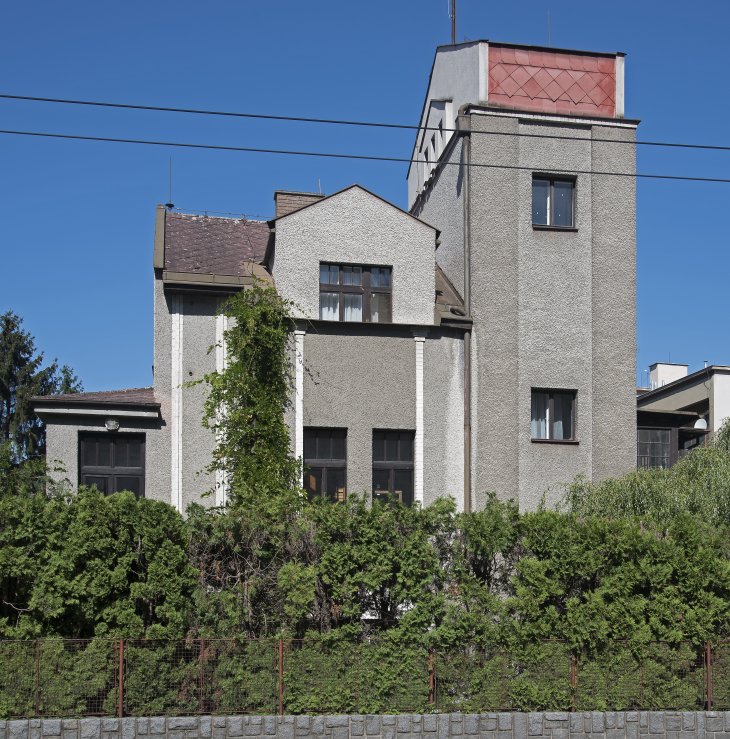 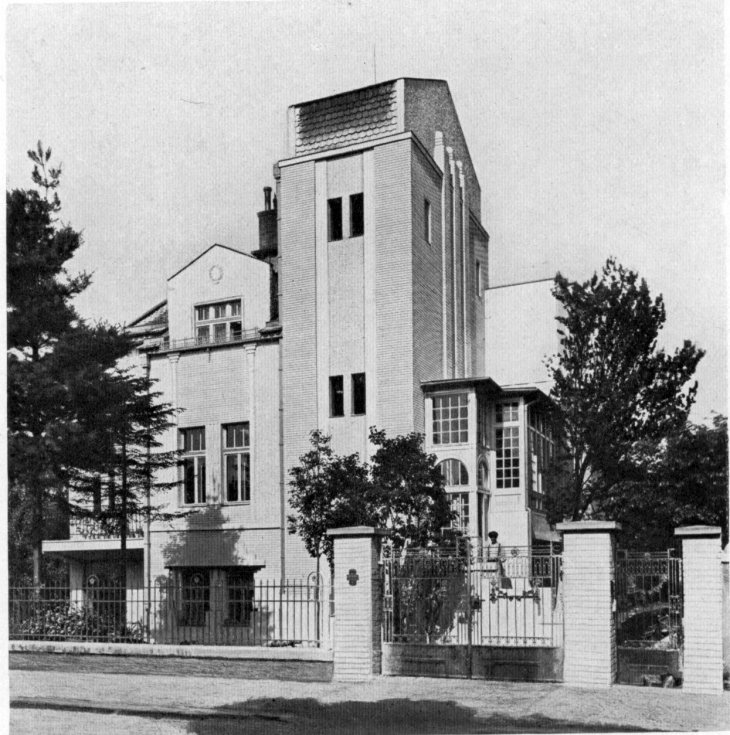