The House of Vilma Gottwaldová-Felkelová 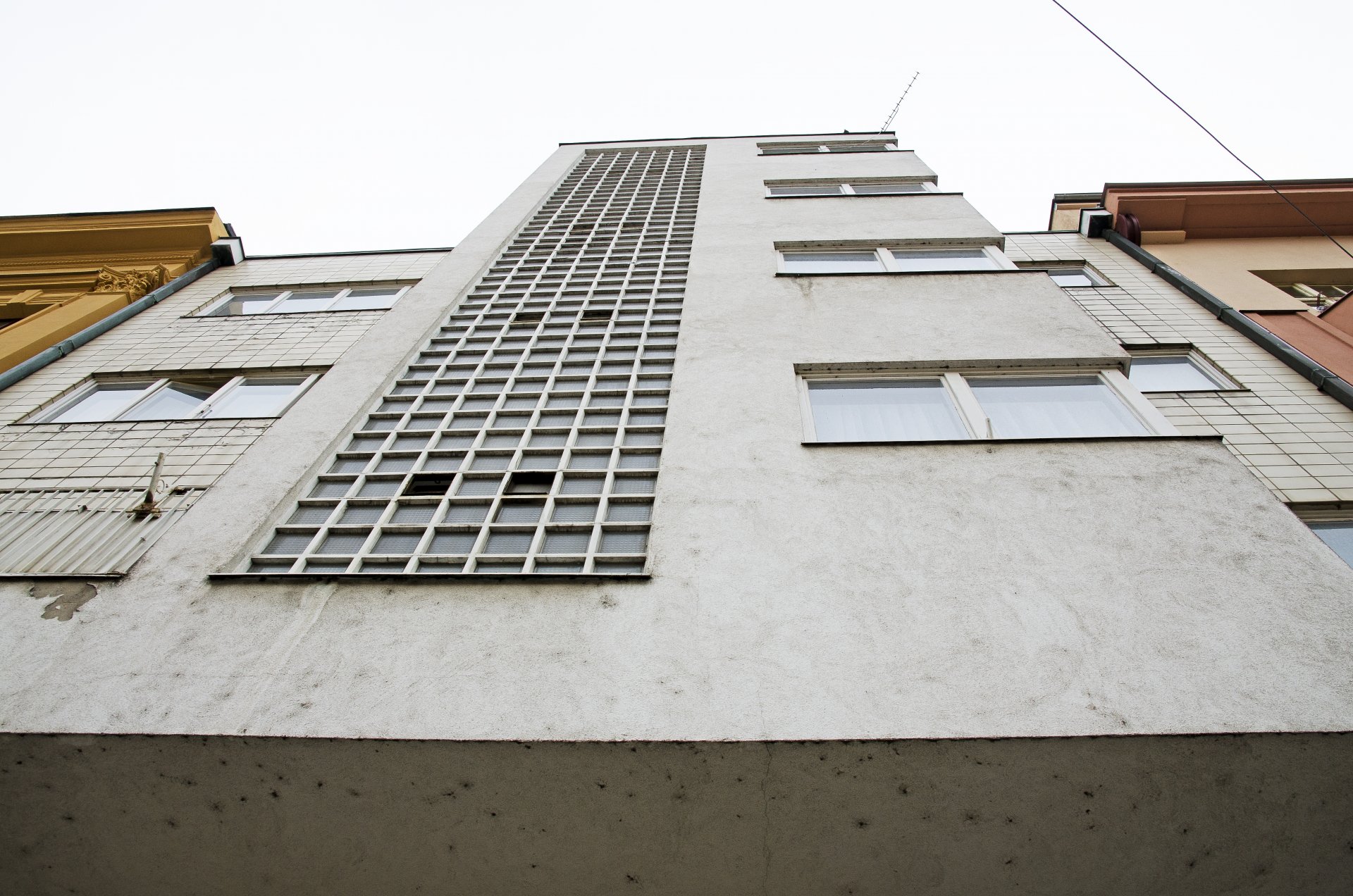 Dr. Vilma Gottwaldová-Felkelová, a physician specializing in pulmonary diseases, built a tenement house in Hradec Králové where she moved her medical practice. The building was designed by architect Vladimír František Hofman, but one of the plans was signed by Evžen Linhart. At that time, Hofman was employed by Evžen Linhart’s studio, so Linhart’s contribution to the progressive project or at least his role of supervisor cannot be excluded. Moreover, the asymmetrical façade with a vertical avant-corps can be compared with the house at 1835 Na Pískách Street in Prague, designed by Linhart.

The house has a reinforced concrete skeleton – four pillars go through the street and courtyard façades and the centre and two more pillars are situated in the axis of the building. This allowed the application of the guiding principles of functionalist architecture: the independence of the façade of the tectonic structure and the independence of the layout of the support structure. On the mezzanine floor, there were two studios “for singles” and the rooms of the pulmonary medical clinic of Dr. Gottwaldová-Felkelová with a separate entrance. The clinic included a waiting room, a surgery, a operating room with a separately accessible changing room with two cabins, and two chambers. On the first floor, there was one two-room and one three-room flat with a large living room-kitchen, pantry, separate toilet and bathroom (the larger flat had two bathrooms). The large flat of Vilma Gottwaldová-Felkelová occupied the entire second floor. The flat was neatly divided into three parts: utility premises, including a kitchen, preparation room (connected with the common part of the flat) and maid’s room; private rooms, including two rooms connected by a walk-through private bathroom and a shared dressing; and common rooms, including two large reception rooms separated by a large sliding door. On the third floor, there was one two-room and one three-room flat, and on the fourth floor, there were two one-room flats with a kitchen and smaller bathroom and a shared loft, laundry room, and drying room. The house was equipped with a lift.

The façade of the house was designed in the spirit of avant-garde tenement houses – the metal door with round windows refers to nautical morphology; the façade was clad with ivory-coloured tiles; the staircase avant-corps façade is smoothly plastered and features a vertical glass block window. The house has strip corner windows, and the eastern flat on the first floor has a balcony.
The final inspection of the house took place on 28 July 1934. The house has been preserved in its original form; the former pulmonary clinic with the operating facilities has been converted into a children’s dental surgery and serves medical purposes even today.

The house of Vilma Gottwaldová-Felkelová is part of the protected site of the city conservation area in Hradec Králové. 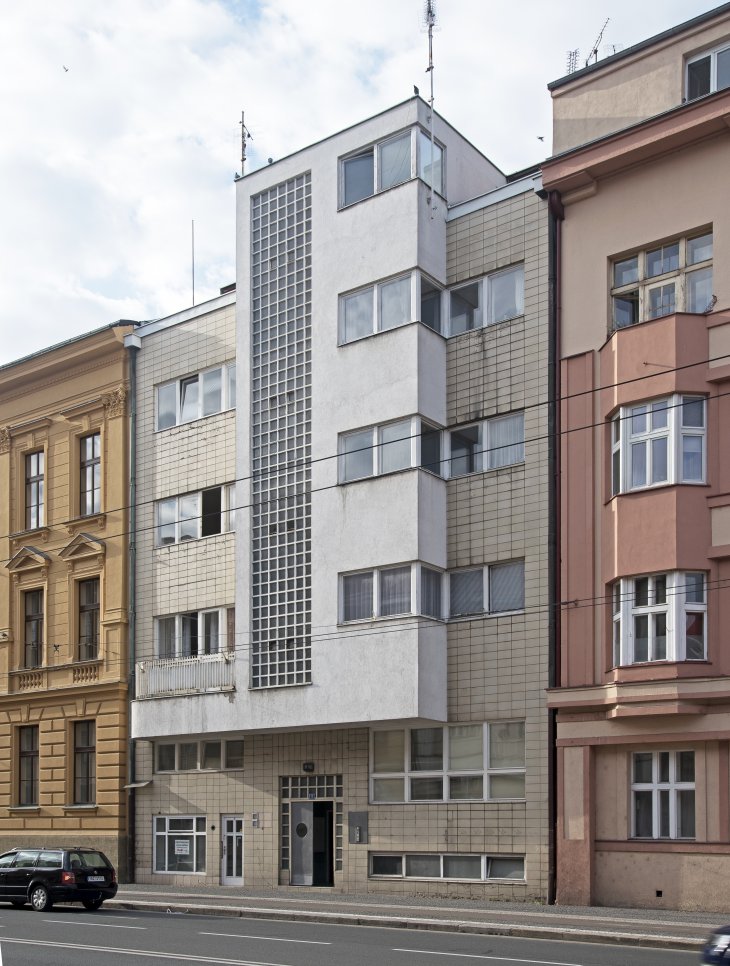 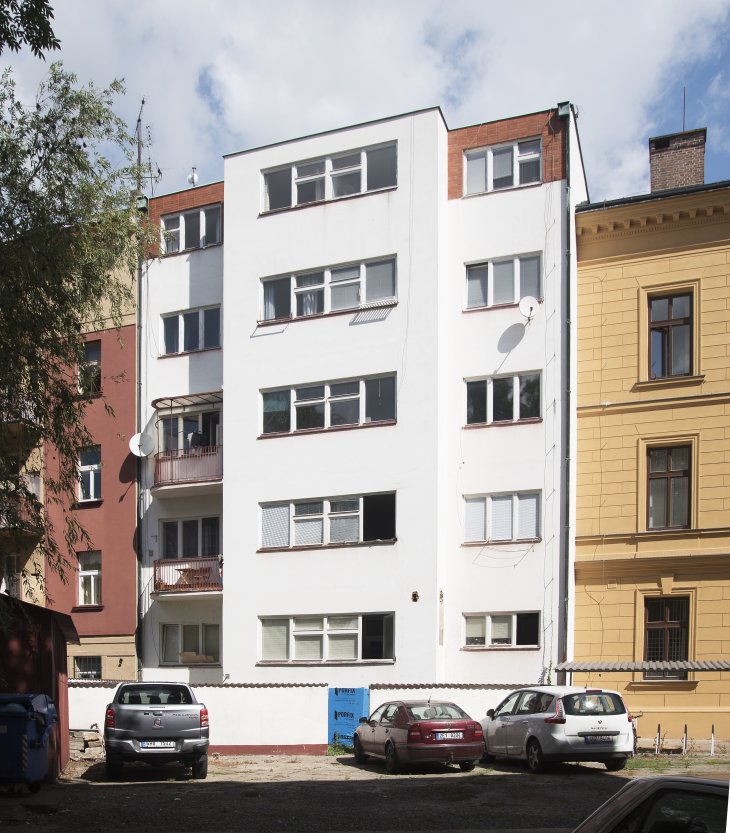 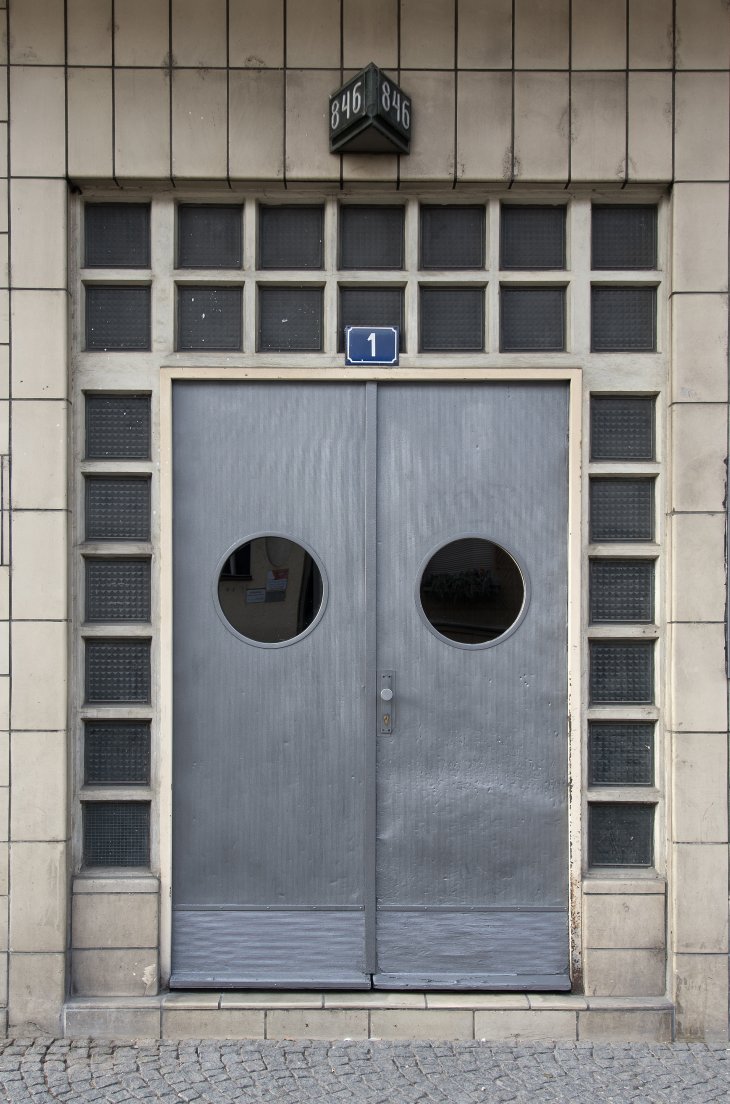