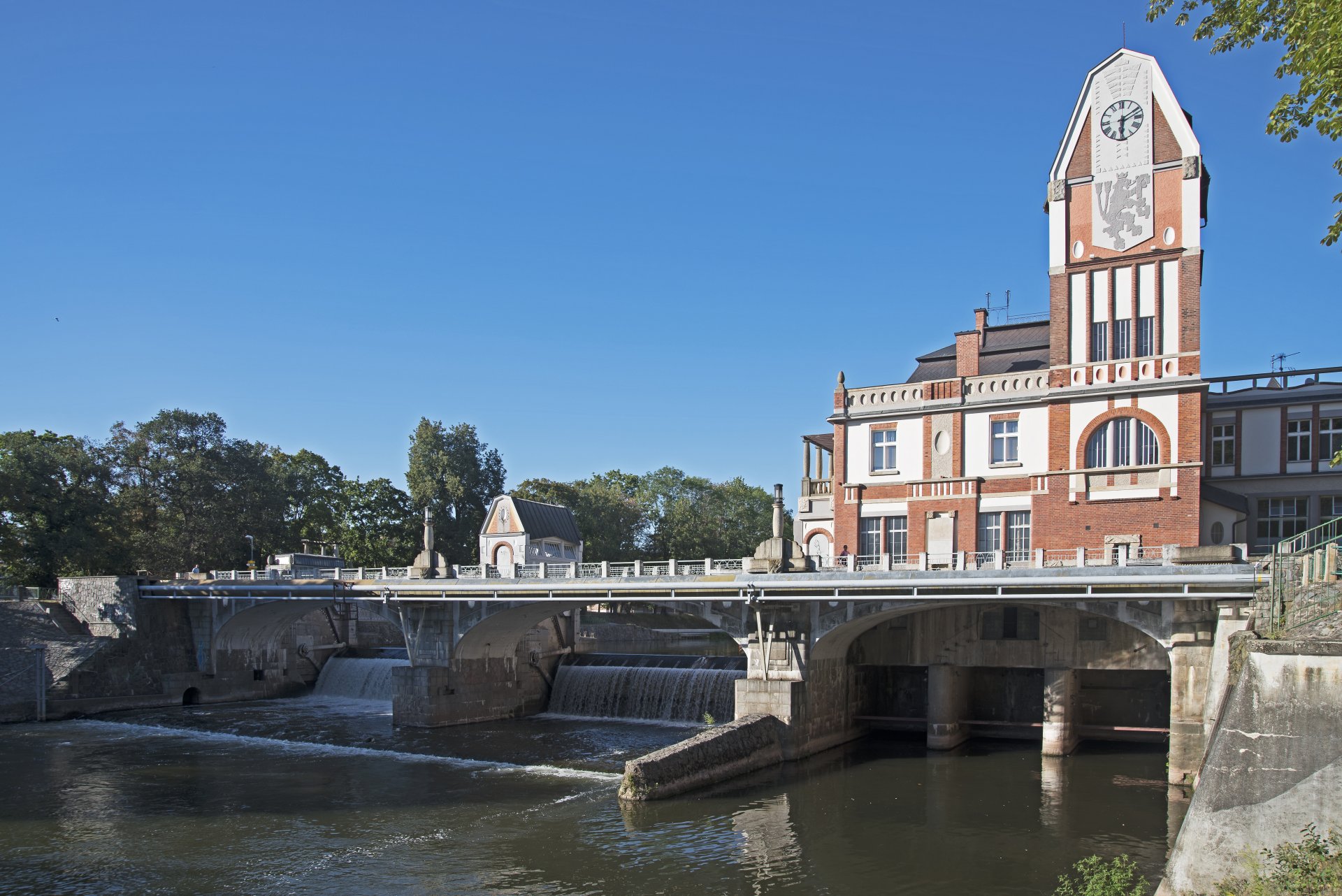 The decision to build a new hydroelectric power plant on the Elbe River was made in connection with the regulation of the Elbe and Orlice Rivers in 1907–1912 and after 1910, respectively. At the same time, a plan to make the Elbe River navigable, initiated by the Committee for Making the Middle Elbe River Navigable from Jaroměř to Mělník and supported by Mayor František Ulrich, was promoted. The need to build a hydroelectric power plant was not motivated only by the electrification of city households, but also by the electrification of street lighting, promoted by local developer Václav Rejchl and negotiated by Mayor Ulrich and František Křižík’s company in Prague.

The project and the construction were approved by the city council on 12 May 1908; the construction began the following year. The project had two stages: in 1910, a steam power plant with a decorative chimney built of unplastered bricks, which was demolished after the end of its operation in 1946, was completed, and in 1912, a hydroelectric power plant was built. The equipment for the steam power power station, including fourteen transformers, was supplied by Křižík’s company, and the first three Francis turbines for the hydroelectric power plant were supplied by Elektrotechnická akciová společnost (Electrical Stock Company), formerly Kolben & Comp. The technical equipment was designed by Karel Novák, director of Pražské elektrické podniky (Prague Electrical Company). The eighteen-metre adjacent bridge across the Elbe River with two lock chambers was built the local concrete company of František Jirásek, who was working on the construction of the museum designed by Jan Kotěra at that time, and Kress & Bernard, a Prague company.

The architectural project was designed by architect and specialist in hydraulic engineering František Sander. After 1900 and after his trip to the United States, Sander designed lock chambers in Hořín and Miřejovice, the boatman’s house on the island of Štvanice, and the wharf buildings in Holešovice. These projects inspired the design of the Hučák hydroelectric power plant in Hradec Králové. The plant features full window arcs (inspired by the lock chamber with a hydroelectric power station in Miřejovice), decorative stone elements and Cyclopean bonding of pillars, walls and underpinning (inspired by the lock chamber in Hořín), and the combination of smooth and rough plaster with surfaces and lesenes from unplastered bricks (inspired by the building in Holešovice).

The first object, built in 1909–1912, had an L-shaped layout. The first part of the steam power plant with a chimney was situated in the north wing facing today’s Křížíkova Street, while the subsequently built hydroelectric power plant was connected to a bridge with lock chambers and had a tower with a mansard roof, a clock and a stucco emblem of the city. In his design of the Hučák power plant, František Sander perfectly combined modern exterior features, for example, an undecorated façade divided only by brick lesenes, stepped crown cornices and large industrial windows, and Baroque features, represented by sandstone pillars with an entasis, balustrades, monumental stone keystones, mansard roofs and stone loopholes. The interiors were simple and practical, featuring floor and ceramic tiling supplied by RAKO company and metal railings and constructions.

In 1922–1924, a new wing facing Křížíkova Street, fully respecting the original Šander’s design of the façade, was added to the power plant for capacity reasons. The exterior of the complex was renovated in the 1990s and again in 2010 –2013 when the building was renovated and the window panes replaced.

The Hučák hydroelectric power plant is an immovable cultural heritage site, reg. on the Central List of Cultural Monuments of the Czech Republic, no. 34888/6-555, and part of the protected site of the Hradec Králové conservation area. 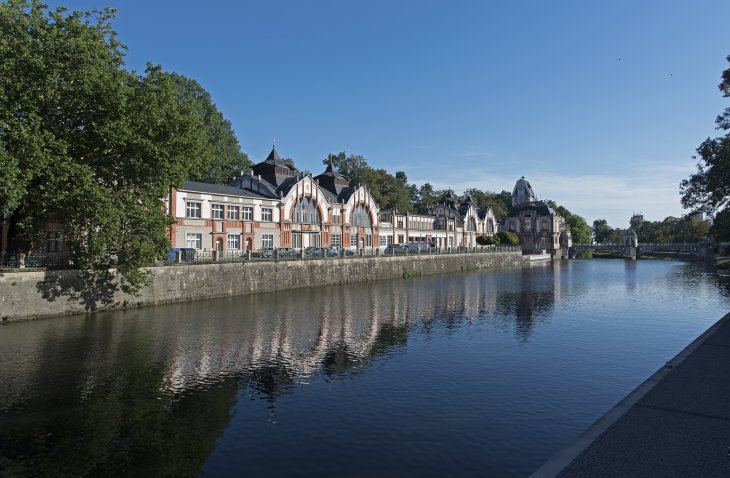 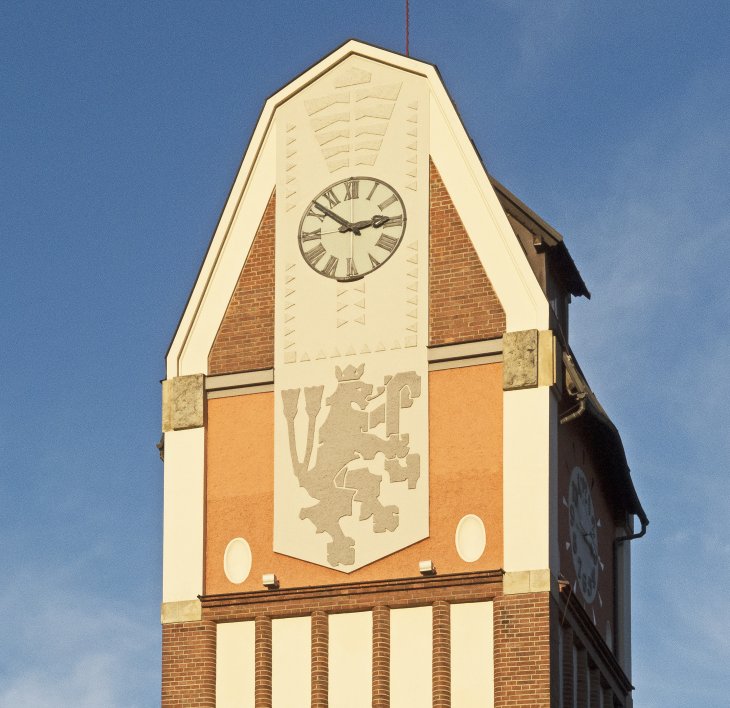 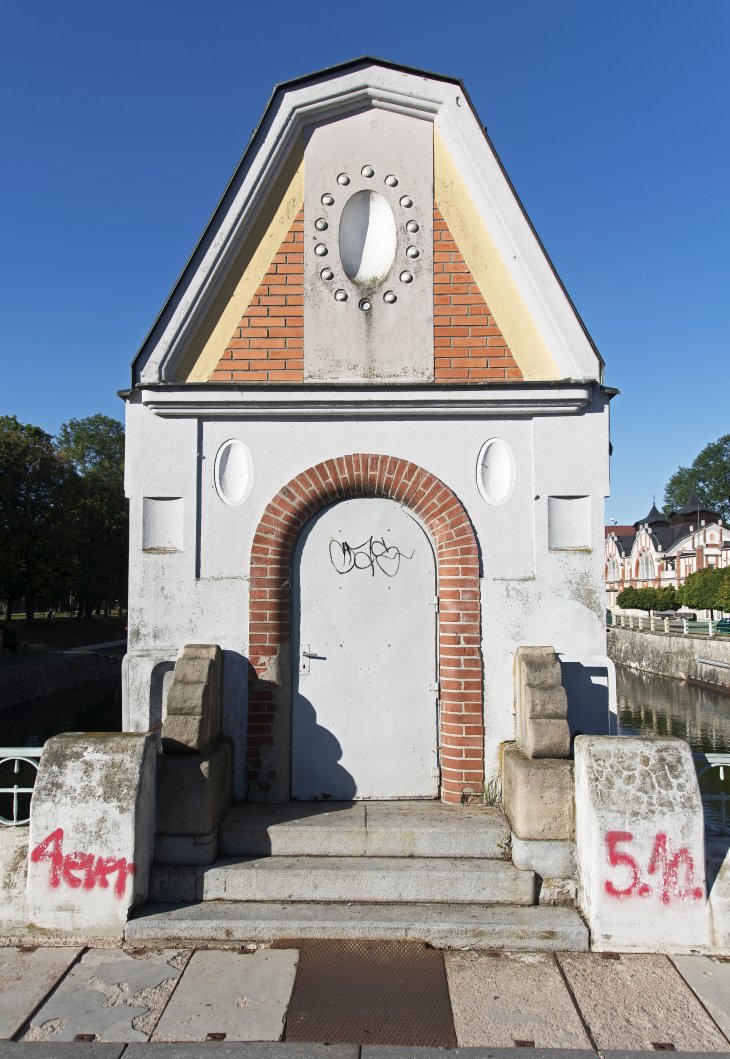 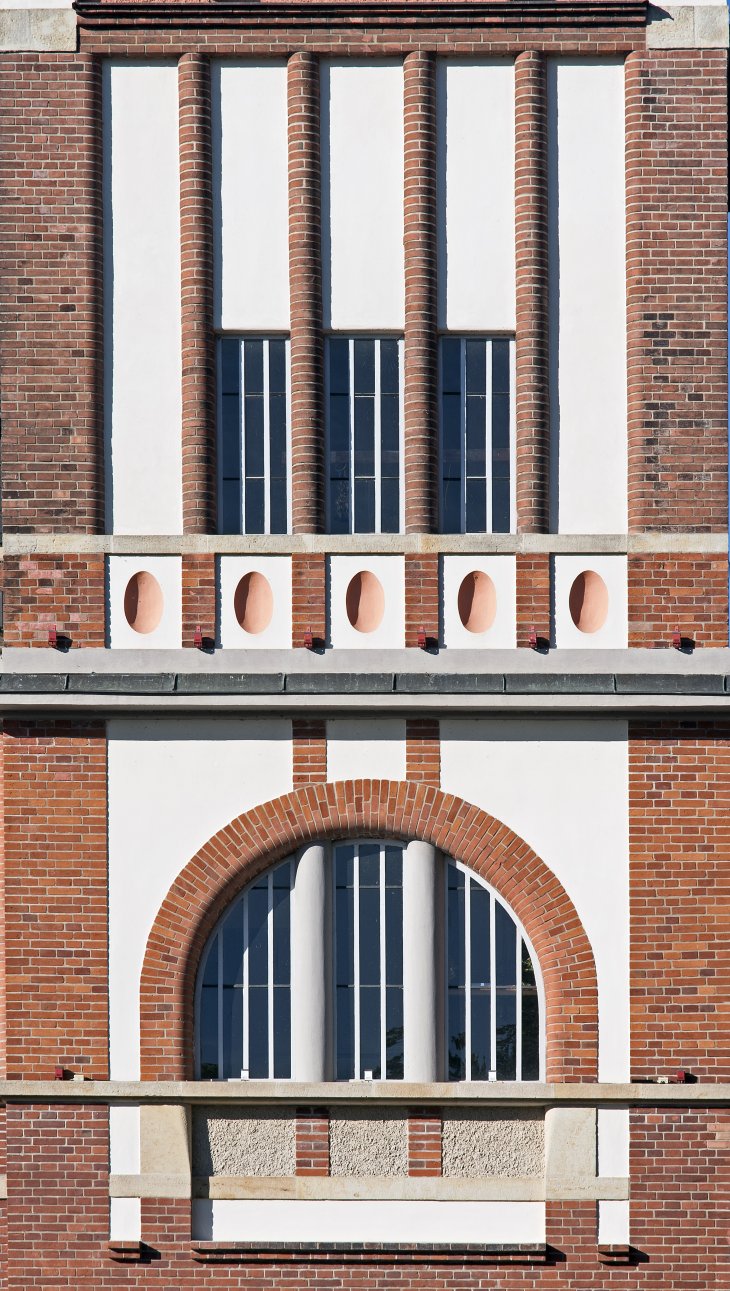 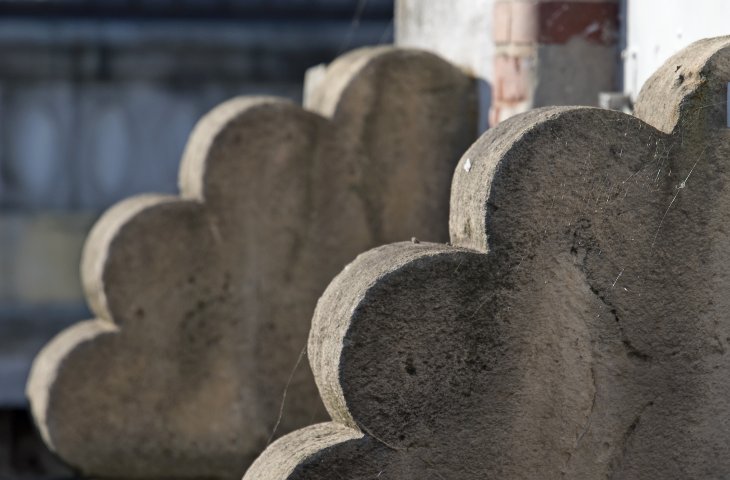 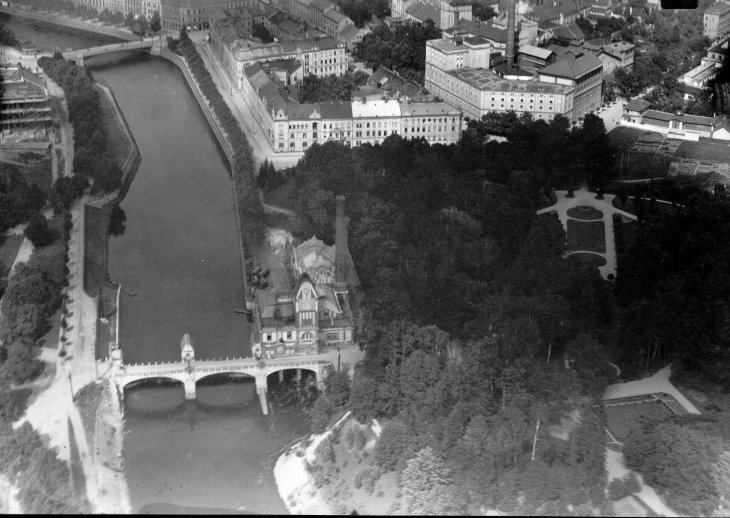 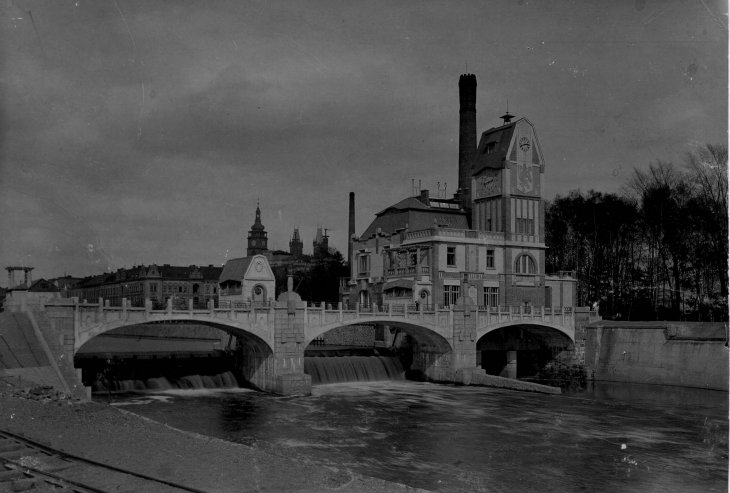 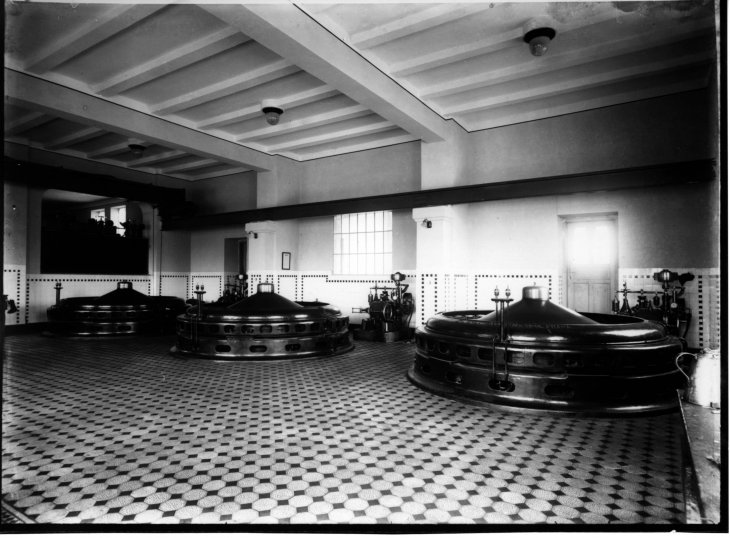 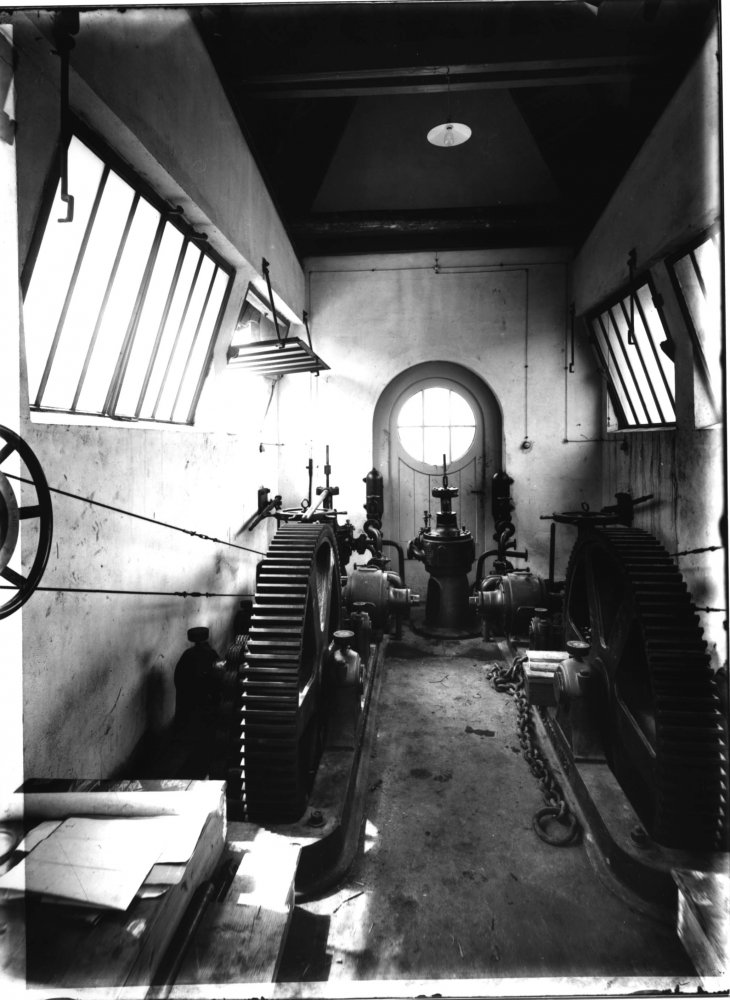 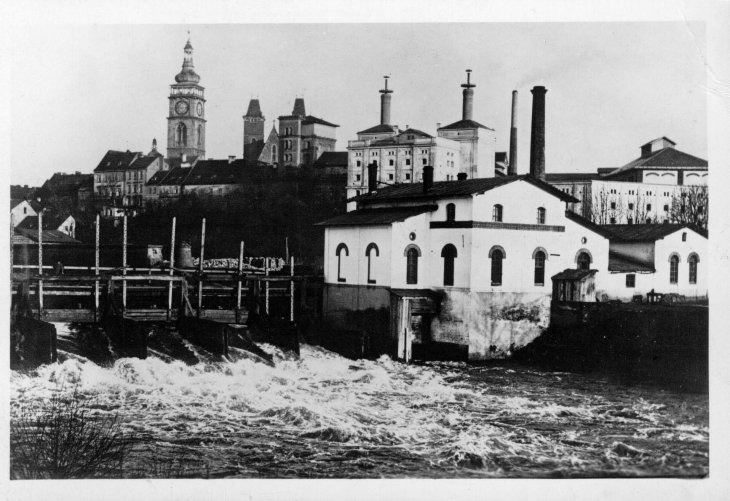 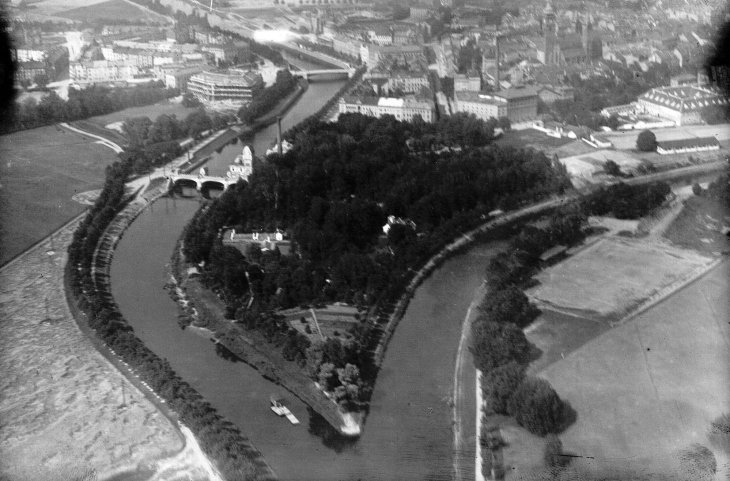 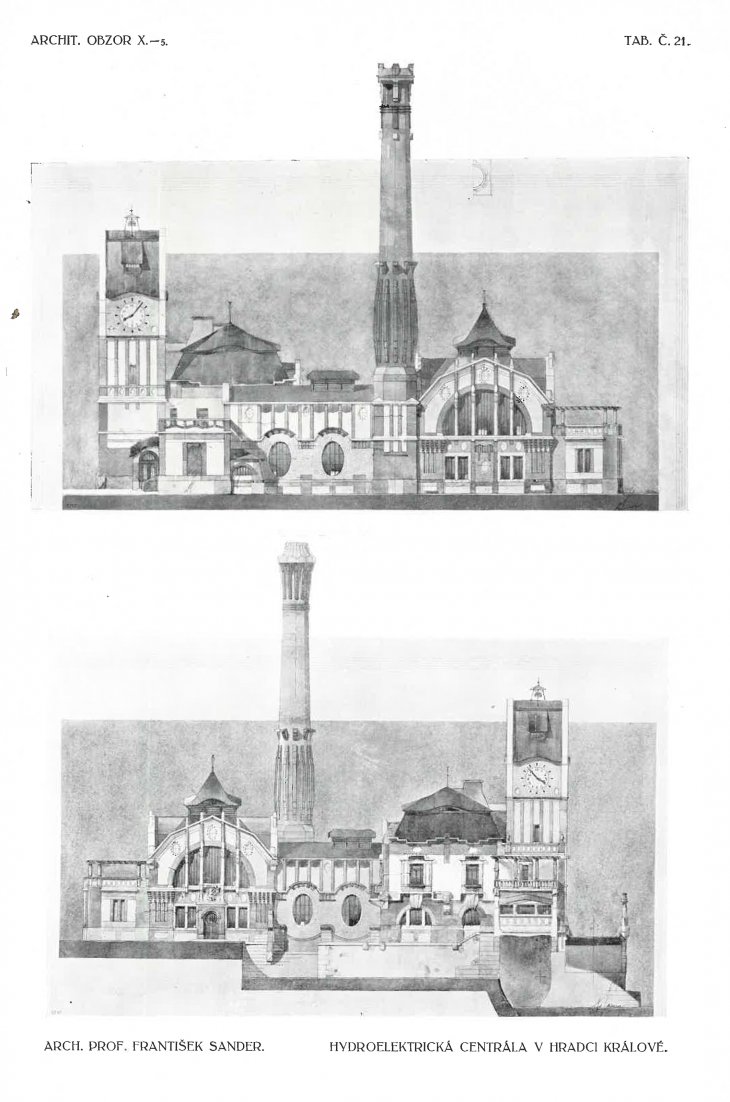 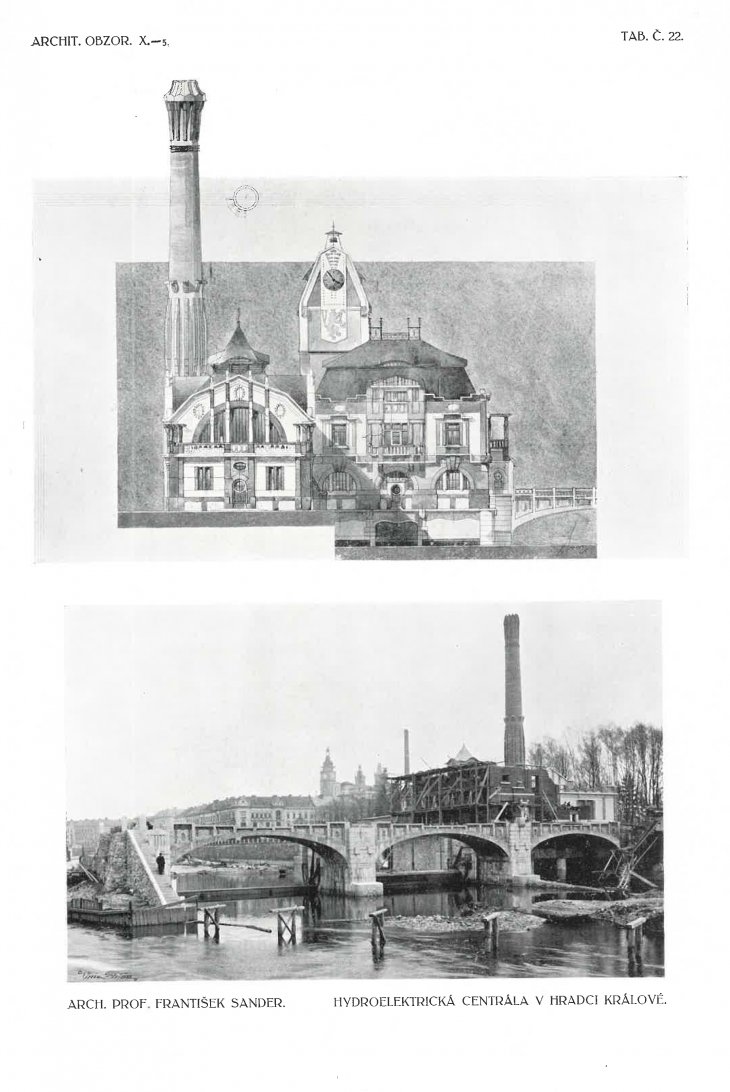 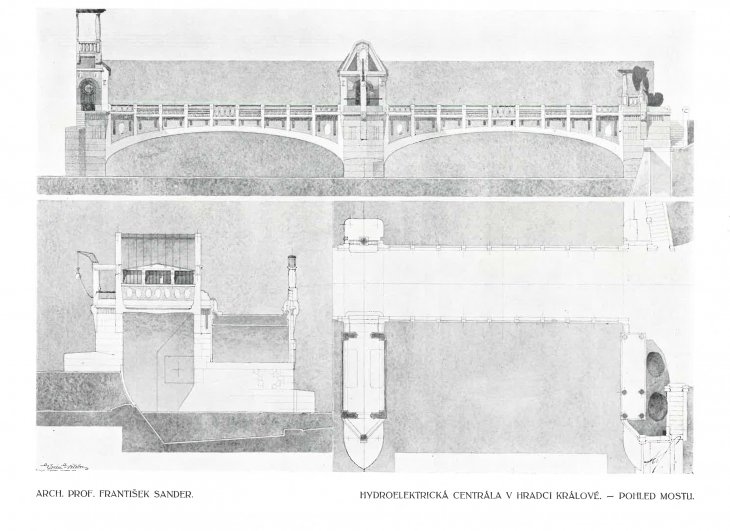