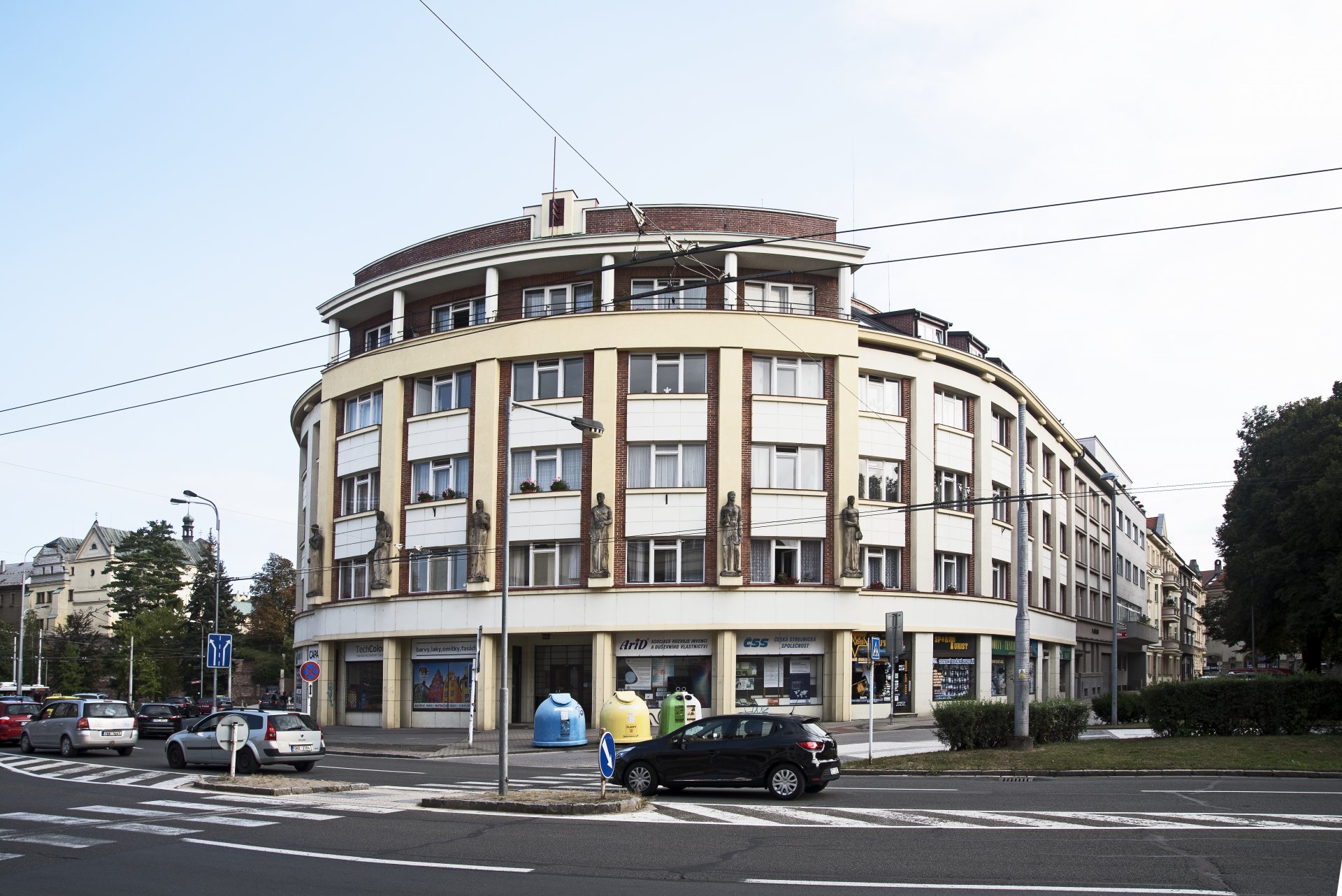 While the project of the so-called first palace of the former Czech Mutual Insurance Company dates back to 1925, the final project dates back to 18 April 1931. In 1932, it was carried out by Robert Schmidt and Václav Nekvasil’s architectural firm that probably co-operated with Jindřich Freiwald even before. Jindřich Freiwald and Jaroslav Böhm designed a monumental purist building, and the multi-purpose object for offices and housing belongs to a group of similar buildings designed by these architects in the 1930s: the savings banks in Sobotka (1935), Hronov (1936–1937), and Bystřice nad Pernštejnem (1931). In this case, the architects took advantage of the generous corner plot of land and designed a massive convex façade, divided by high pilasters. Above the ground floor, there are six statues by Stanislav Suk, representing allegories of insurance, industry, science, arts, medicine, and agriculture. In the spirit of Jan Kotěra’s ideas that Freiwald learnt about shortly before and during the war, flat lesene frames, dividing the façade, alternate with vertical fields of unplastered brickwork. The top floor has a receding loggia and a brick attic cornice with a central stepped “pavis” and a pole. This motif accentuates the central entrance axis and makes the composition monumental. The impressive appearance of the building is determined by its significance – it was designed as a seat of a very influential insurance company and an “imperishable monument in the heart of the region”, admired by the local clientèle.

On the ground floor, there were twelve shops with warehouses (ten smaller and two larger ones) and two one-room flats for caretakers since the house had a central entrance with a staircase and two passages on the sides leading to two stairwells. On the first, second and third floors, there were three two-room, two three-room and two four-room flats. Each flat had a kitchen, bathroom, pantry, toilet and maid’s room, except for the two-room flat situated in the central axis of the house. In the attic, there were two one-room flats with a kitchen and maid’s room, a two-room flat, two flats with three smaller rooms, and two laundries and two drying rooms, accessible from the side staircases.

Apart from the savings bank in Červený Kostelec (1924), the project of the residential and commercial building, operated by a local insurance company and built in 1932 according to an earlier project of 1925, represents a change in the course of the architectural style of Jindřich Freiwald and Jaroslav Böhm. Now they aimed to simplify and rationalize their style and to concentrate on important public facilities such as banks and theatres.

The palace of the First Czech Mutual Insurance Company is part of the protected site of the city conservation area in Hradec Králové. 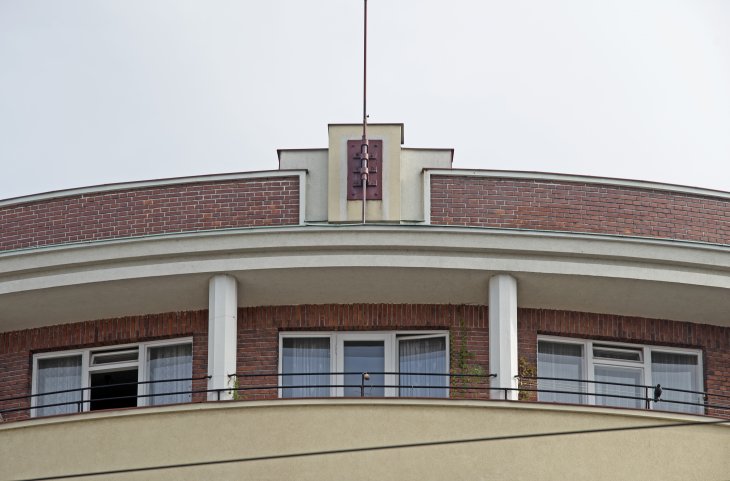 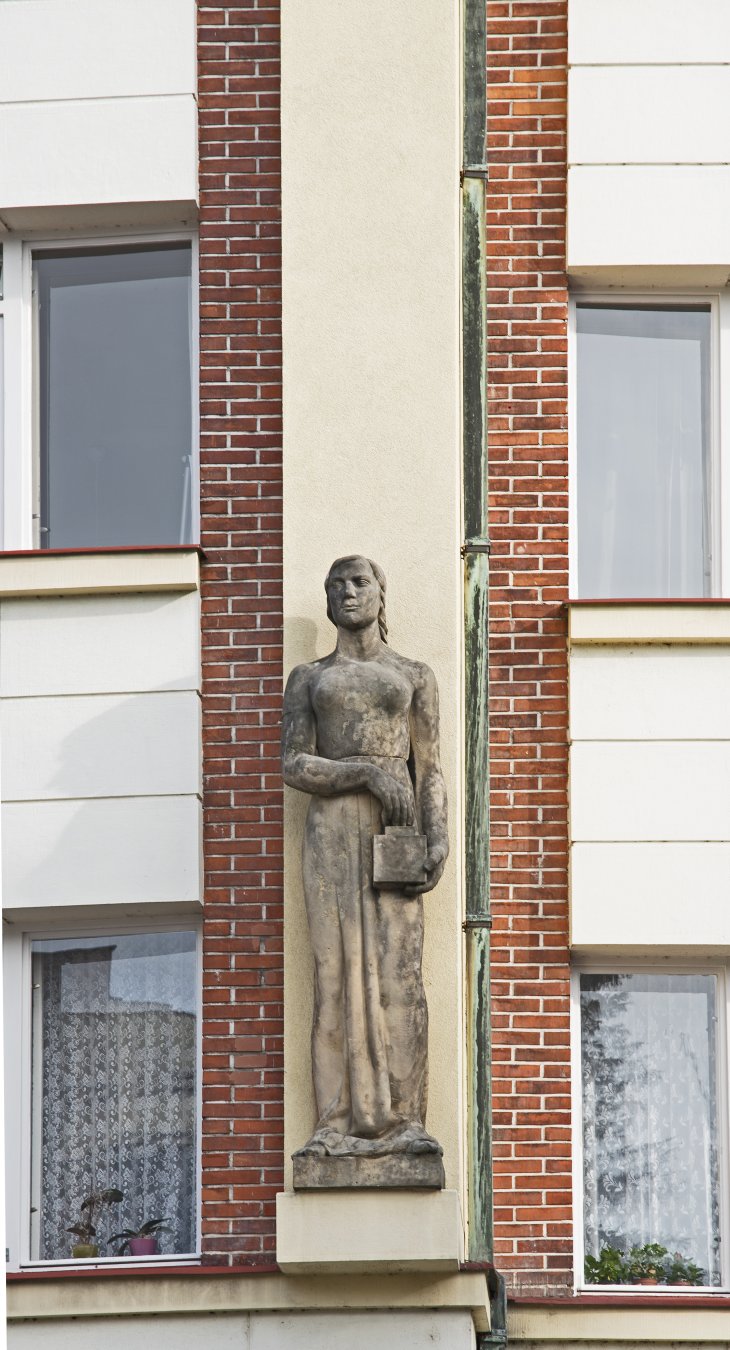 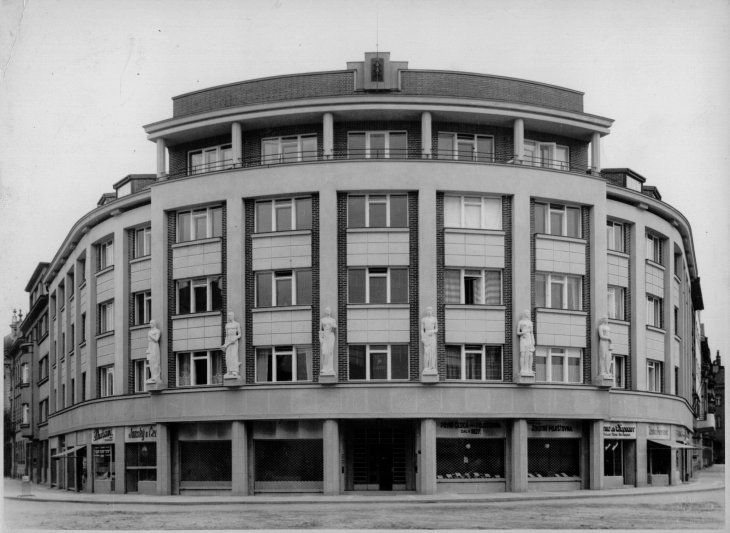 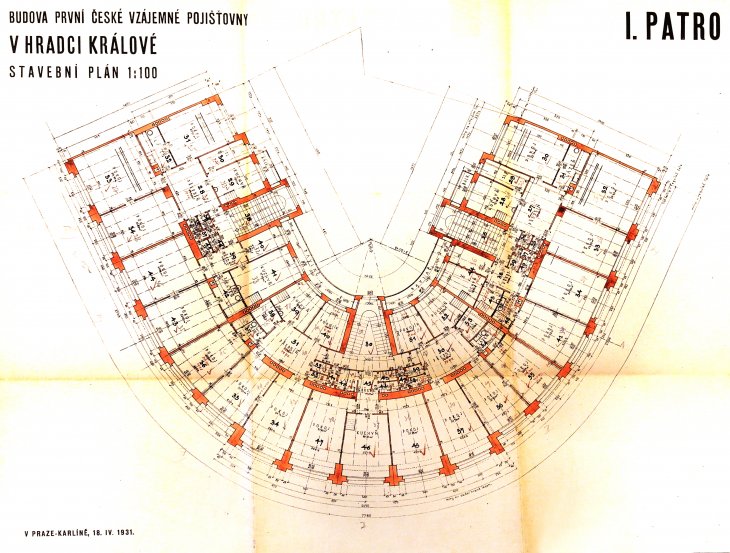