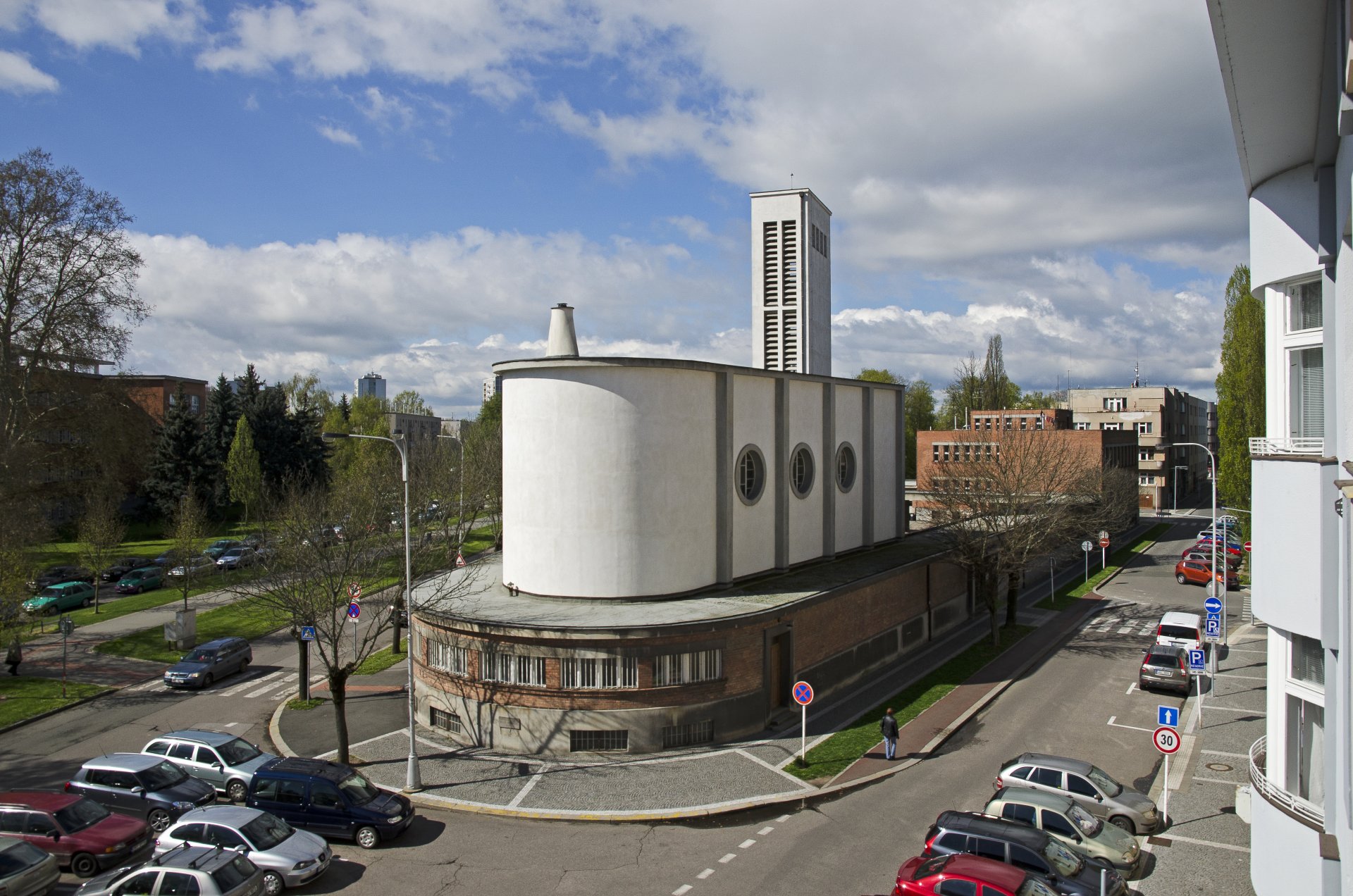 The aim of the urban planning competition in 1925, which dealt mainly with the form of Ulrichovo náměstí Square in Hradec Králové and the regulation of the Elbe basin, was to offer a plan for the development of the Elbe basin. The plan included a theatre, a Catholic church, and a church of the new Czechoslovak Hussite Church, founded in 1918 by splitting off the Catholic Church and led by Karel Farský. The new reformed church, supporting the national idea of Czechoslovakism, was not sure about the design of its sanctuaries until 1925. In 1925, it announced a competition for type churches for parishes of different sizes. The competition showed that the ideal was a new, minimalist style. Leading architects of the young, progressive generation (Adolf Benš, Ludvík Hilgert, Karel Honzík) submitted their designs, but no concrete project materialized. At that time, the cremation movement was growing (cremation was not codified in Czechoslovakia until 1919  by the so-called Lex Kvapil).

Josef Gočár was the first architect who decided to use avant-garde architectural forms to design a modern progressive church and a columbarium in Hradec Králové in 1926. As a member of the Czechoslovak Hussite Church, he understood its ambitions the most. While Oldřich Liska, who was a Protestant, suggested building a church for the Czechoslovak Hussite Church in a block development, Gočár designed a separate building on an unusual plot in the shape of an isosceles triangle In its the sharp angle, he situated the church with a campanile and in the triangle basis, two cubic buildings of the diocese and the parish. In the centre of the complex, he designed a kind of a recessed atrium with landscaping, surrounded by a roofed gallery with a columbarium.

The building was designed to be “visited by both the bereaved [...] and visitors to the city, who are interested in the modern construction methods or in columbaria, etc. This year, several excursions from international congresses have been announced.” Thus, Gočár's project could become an example for more buildings of the Czechoslovak Hussite Church.

The nave was not originally designed as a clean, unadorned building as it was eventually built, and Gočár did not plan it as a demonstration of nautical, white functionalism. His initial design of 1925 was based on “the principles of combining vertical and horizontal mass volumes”, as Jakub Potůček described the project after he studied the preserved axonometric plan. The final project of March 1926 was not a demonstration of functionalism either. The huge window chambranles were supposed to be colourful; the circular windows were designed to be decorated with stained glass in the shape of a patriarchal cross; the tower was to be topped with a large stylized symbol of the cup; the strip tower openings were designed to be built of horizontally and vertically laid bricks. The designs were approved on 4 June 1926. The project was simplified by Josef Havlíček, Gočár's employee, who based the project on more avant-garde forms. The nave is supported by a reinforced concrete structure with piles planted in the ground; the tower consists of a 26.35m reinforced concrete frame (7.4×3.7m). The foundation stone was laid on 8 August 1926; the approval committee met on 30 April 1929.

The Czechoslovak Hussite Church was very popular with the representatives of the city; Mayor František Ulrich, though a baptised Catholic, or his successor, Josef Pilnáček, were buried in the church columbarium.

The Church of priest Ambrož is an immovable cultural heritage site, reg. on the Central List of Cultural Monuments of the Czech Republic, no. 17449/6-544, and part of the protected site of the Hradec Králové conservation area. 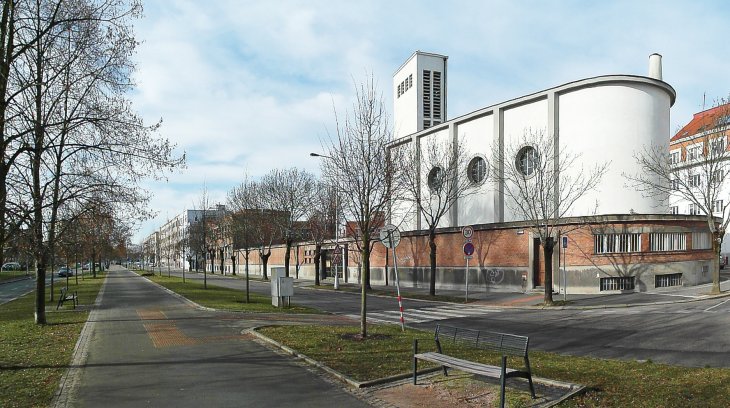 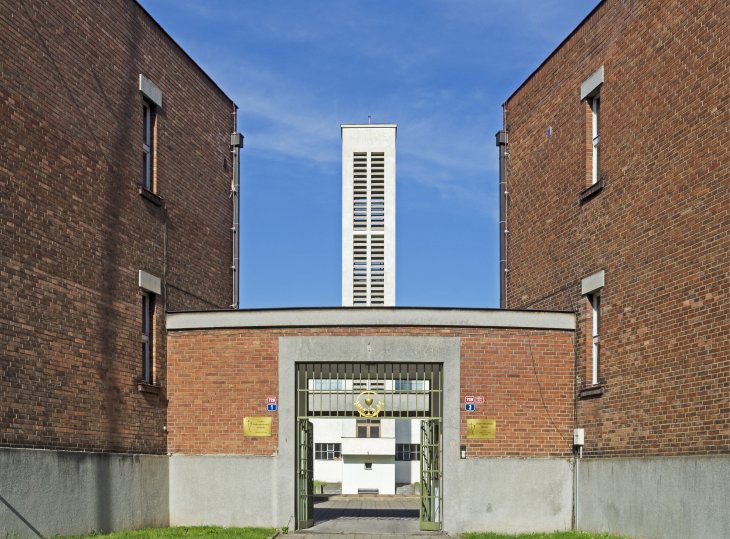 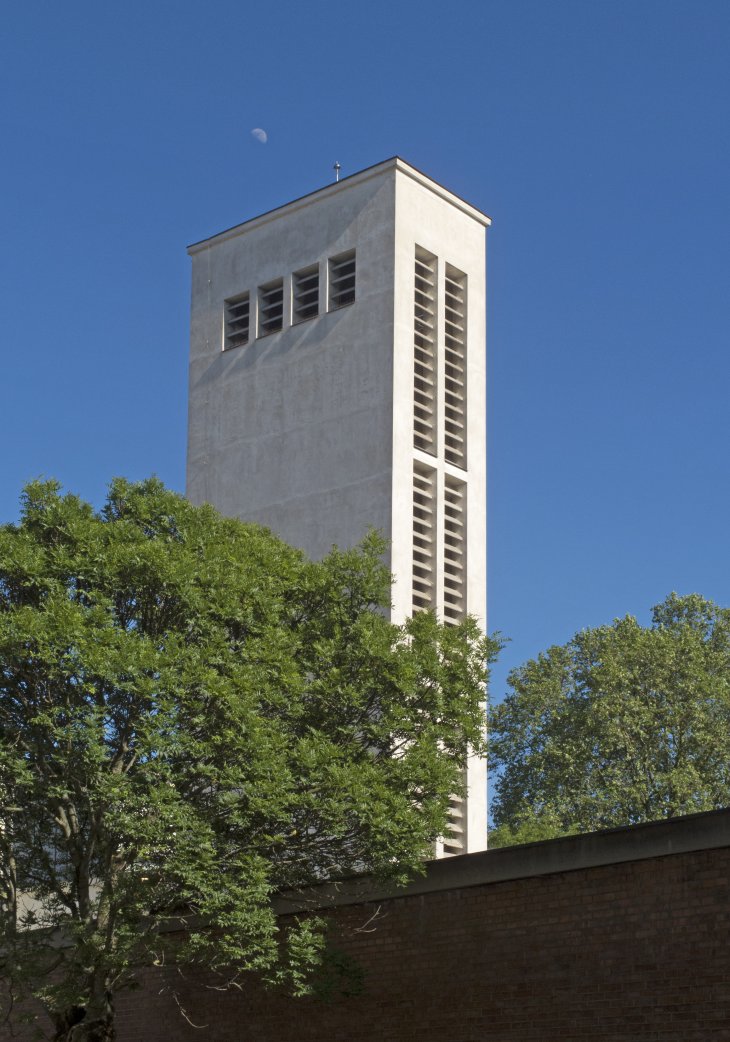 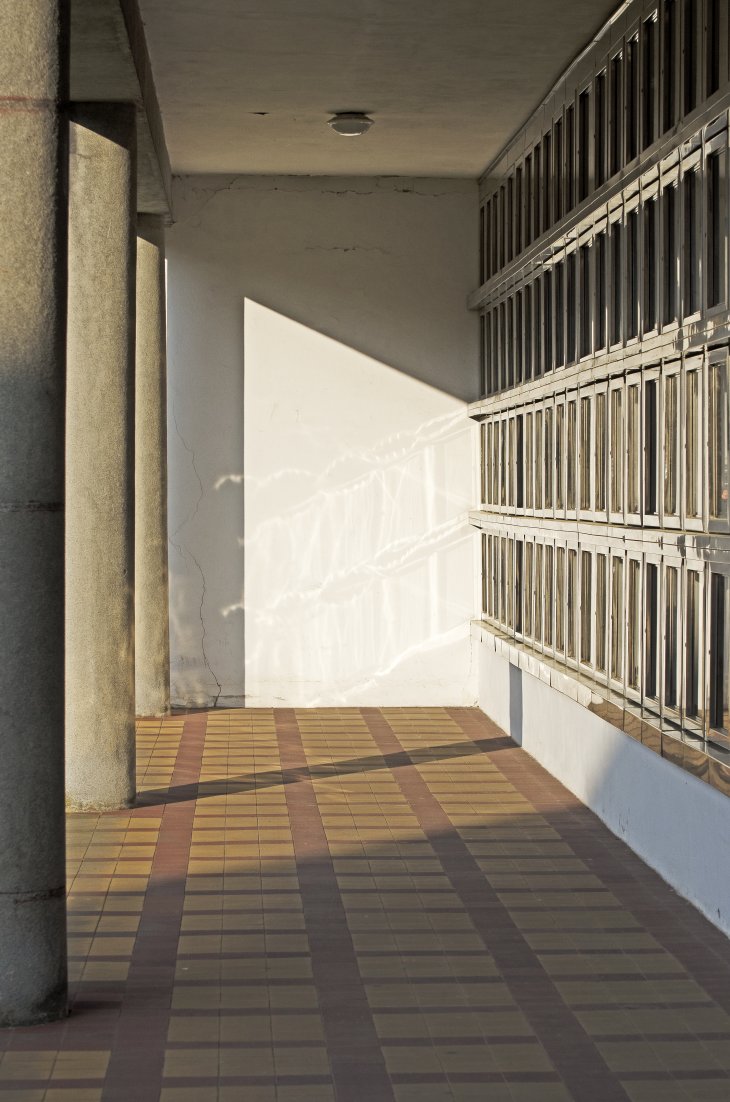 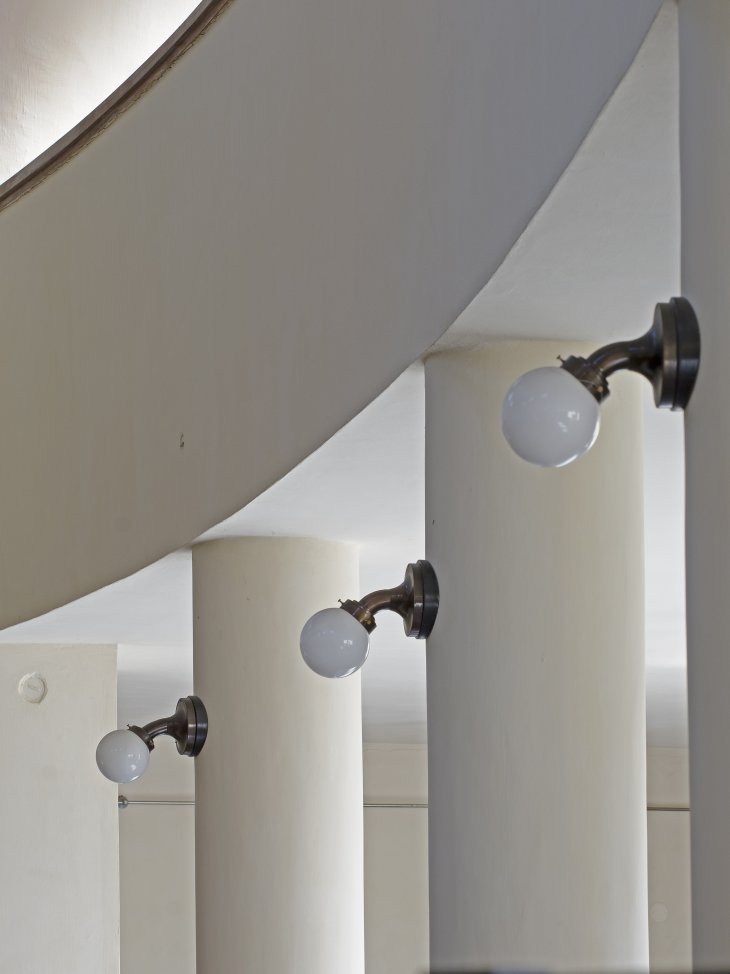 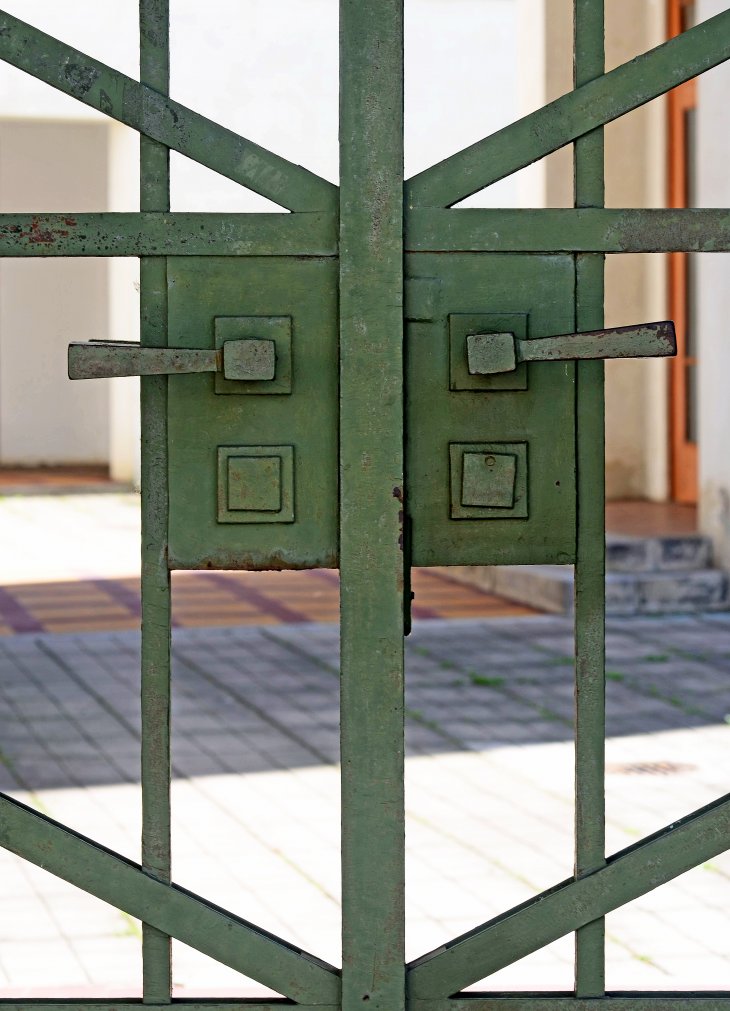 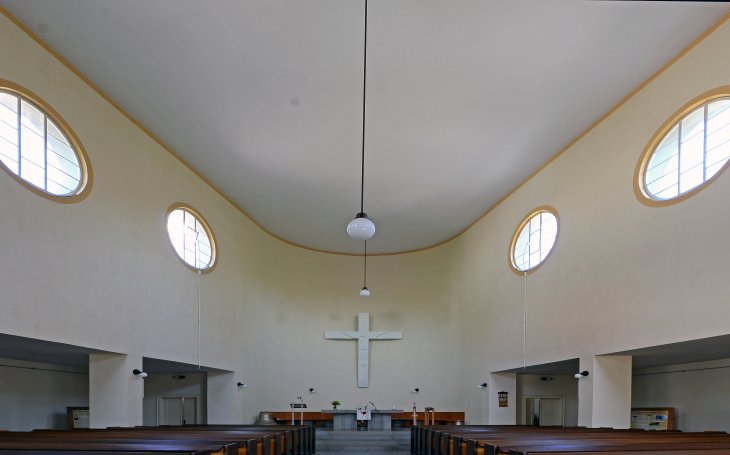 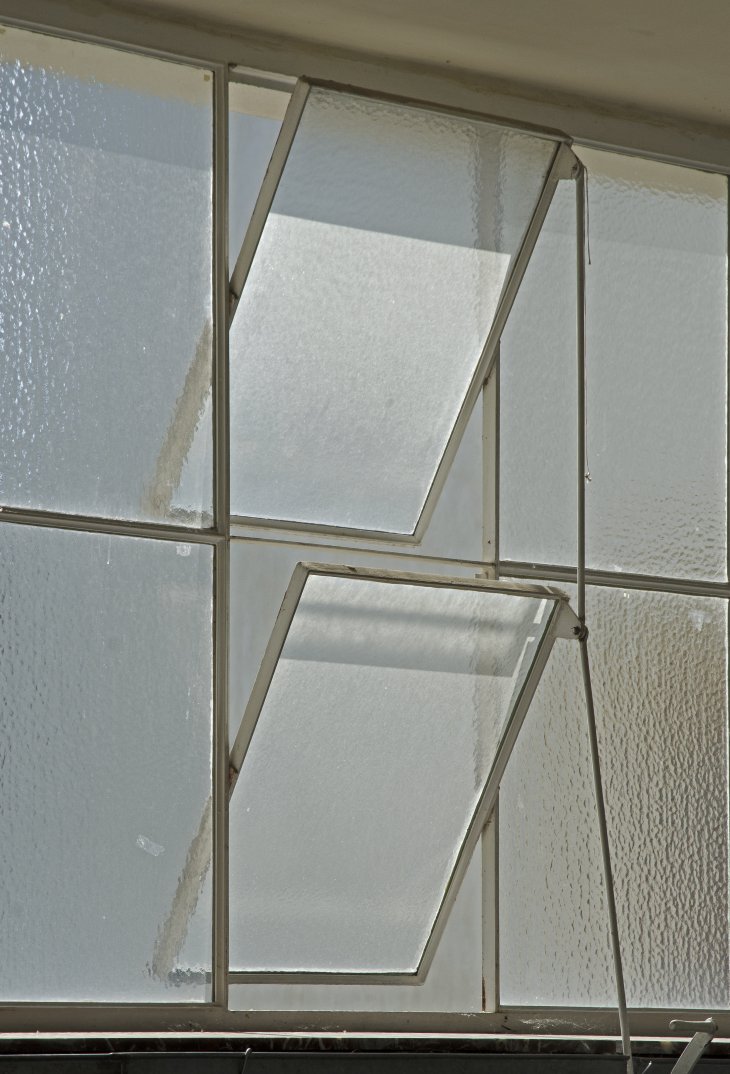 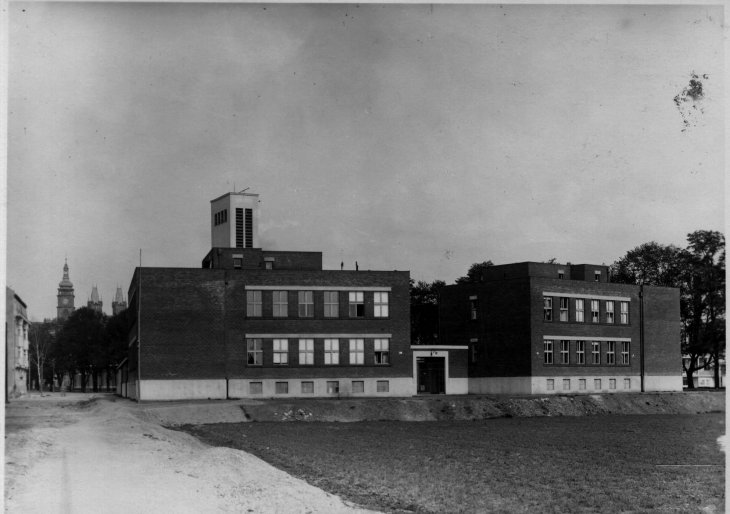 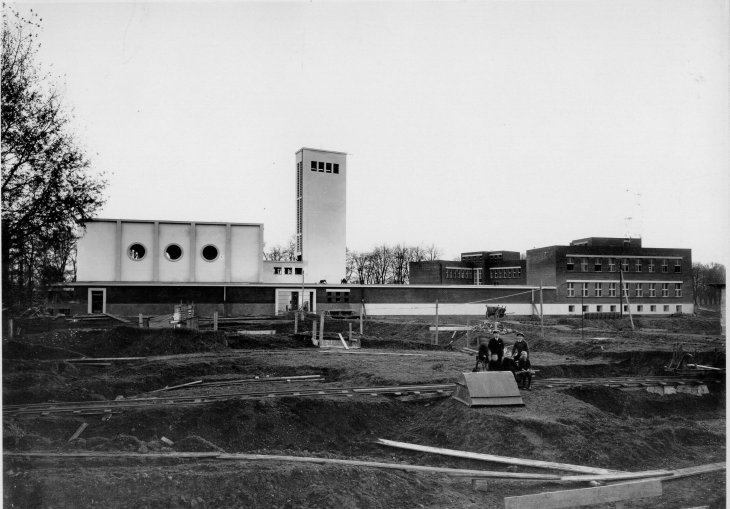 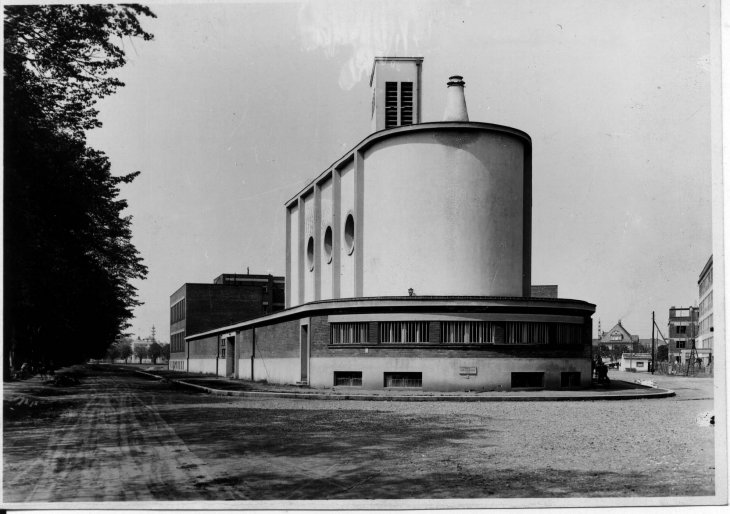