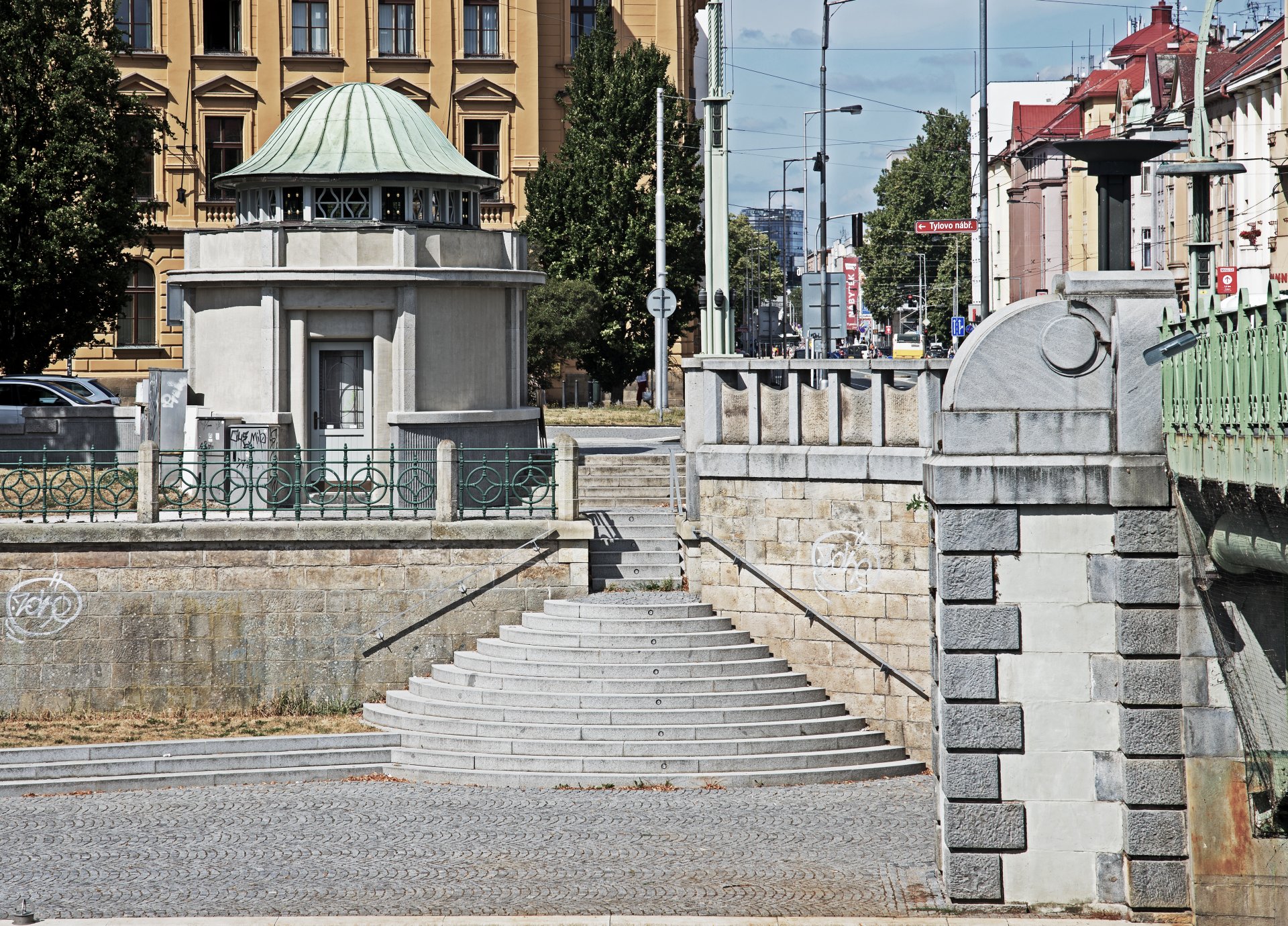 In connection with the demolition of the city walls and the city development, mainly on the right bank of the Elbe River towards Pražské předměstí (Prague Suburbs), it was essential to build a communication link between the two river banks. The former wooden bridge was insufficient and in 1907, it was decided to build a new bridge in connection with the strengthening of the Elbe River bed. The project was assigned to bridge engineer Adolf Janoušek who designed a lightweight metal bridge, similar to the contemporary bridge under Letná in Prague, designed by František Mencl and Jan Koula and built in 1907-1908. The choice of material had commercial aspects. Mayor František Ulrich had a close relationship with the management of Märky, Bromovský a Schulz, the company that built the bridge. The bridge was to be a physical and symbolic link between the old town and the new, emerging quarters. Probably due to the lack of symbolic forms, František Ulrich and the city council wanted to add kiosks and other decorative elements on the bridge. As soon as the new bridge was built by Alois Janoušek, the city engineering office, probably inspired by new bridges in Prague, suggested adding city-forming constructions and accessories to the bridge. Architect Jan Kotěra and Mayor František Ulrich began to discuss the completion of the bridge with four kiosks and lighting in 1909; the project was designed a year later and it was carried out in 1911-1912. Kotěra did not design the kiosks himself, he assigned both the project and its supervision to his student and employee, architect Ladislav Lauda, who studied under Kotěra first at the School of Applied Arts (1908-1910) and then at the Academy (1910-1914). This is evidenced by an undated letter written by Ladislav Lauda to Miloslav Oehm, a museum secretary, about the design of a grid detail for a bridge kiosk that got somehow mixed up with the plans sent to the museum.

The southern kiosk on the right river bank served as public toilets; the northern one was a fruit and flower shop. On the left bank, the northern building was to accommodate a guardhouse and the souther one a transformer. The guardhouse had a semicircular glazed roof above the service window. On the right bank, Kotěra built ground floor buildings with oval floor plans, crowned with bell roofs; on the left bank, there were ground floor rotundas with low tin domes and battlements. The metal candelabras were originally coated with grey paint and red elements.

The kiosks lining the bridge and rising above the water form a gateway to the old town. They symbolized the glory of the city history. The kiosks on the left river bank were erected on a circular floor plan and enclosed with an attic in the form of medieval battlements. The kiosks on the still undeveloped river bank had a form of turrets on an elliptic floor plan with bell roofs, similar to those on the local stronghold.

The construction of the kiosks was sharply criticized by the local press. Above all, the completed kiosks remained empty for a long time – traders used only one of them, originally intended for a fruit and flower shop. “Eventually, Mrs. Šandová took pity and decided to sell soda water in one of them (what will she do in the winter when she sometimes cannot sell soda for a crown even in the hottest summer?)” asked an indignant writer in magazine Ratibor. The symbolic form of the buildings was criticized as well: “Hopefully, when another kiosk will be built in the near future, Professor Kotěra will design it himself and he will order the city council to use gold and diamonds, and it will oblige since Hradec Králové is becoming a snooty city. Surely, a city with council houses in the worst possible condition [...] can afford something special.”

The kiosks on Prague Bridge are an immovable cultural heritage site, registered on the Central List of Cultural Monuments of the Czech Republic, 41909/6-4537, and part of the protected area of the Hradec Králové conservation area. 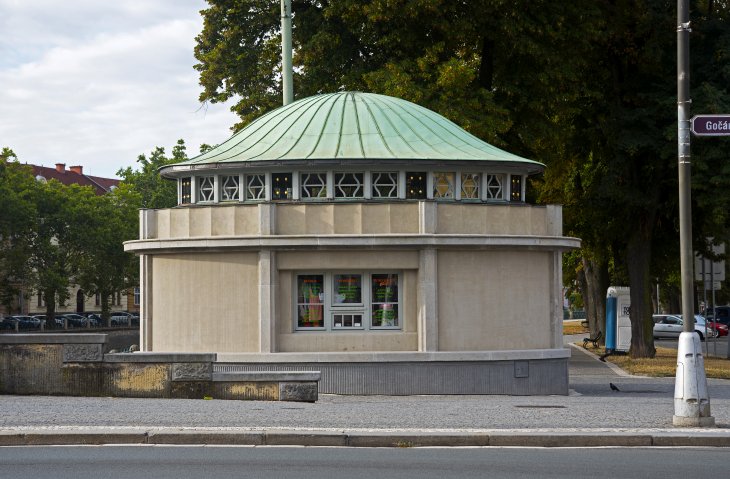 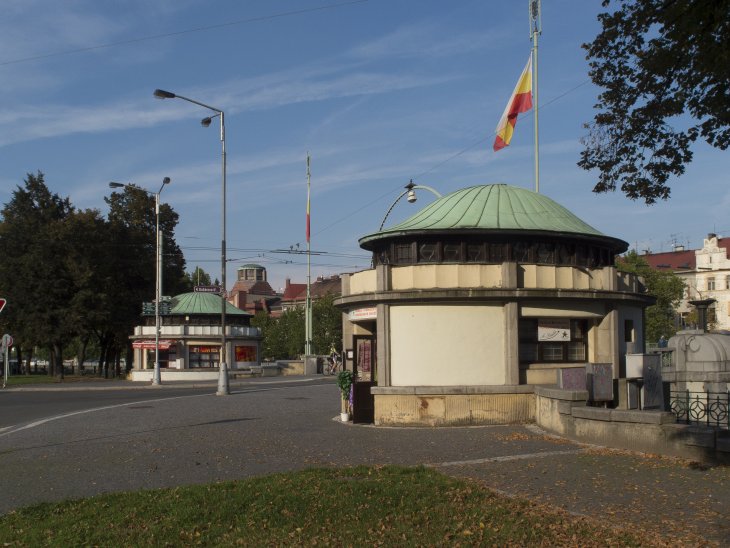 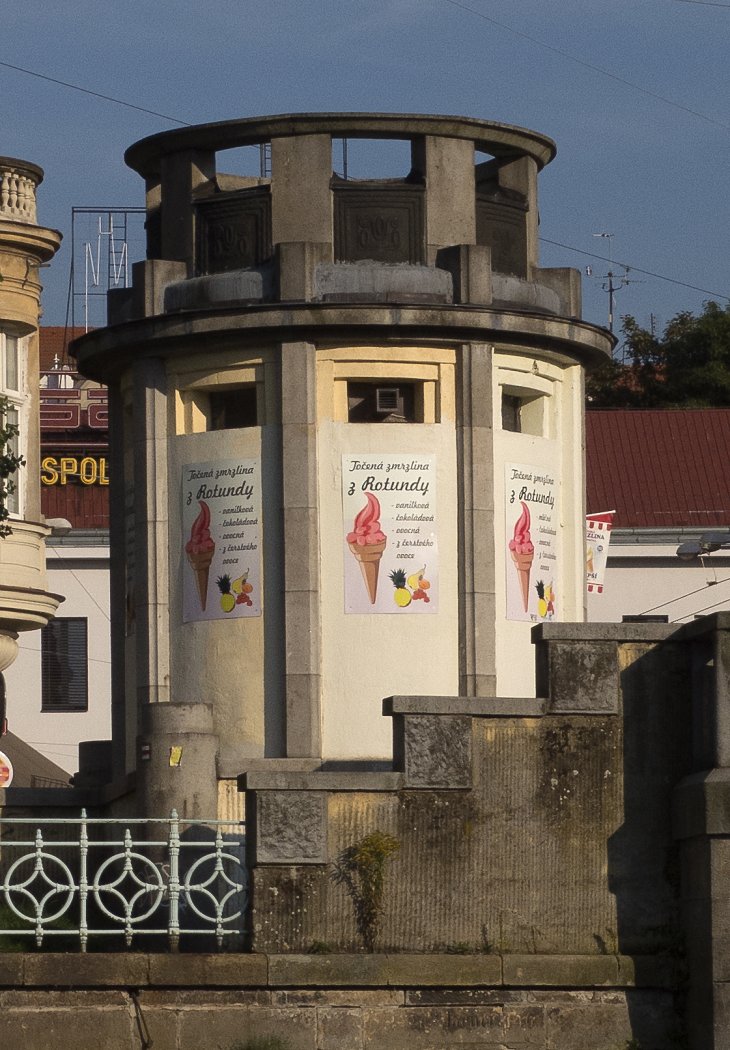 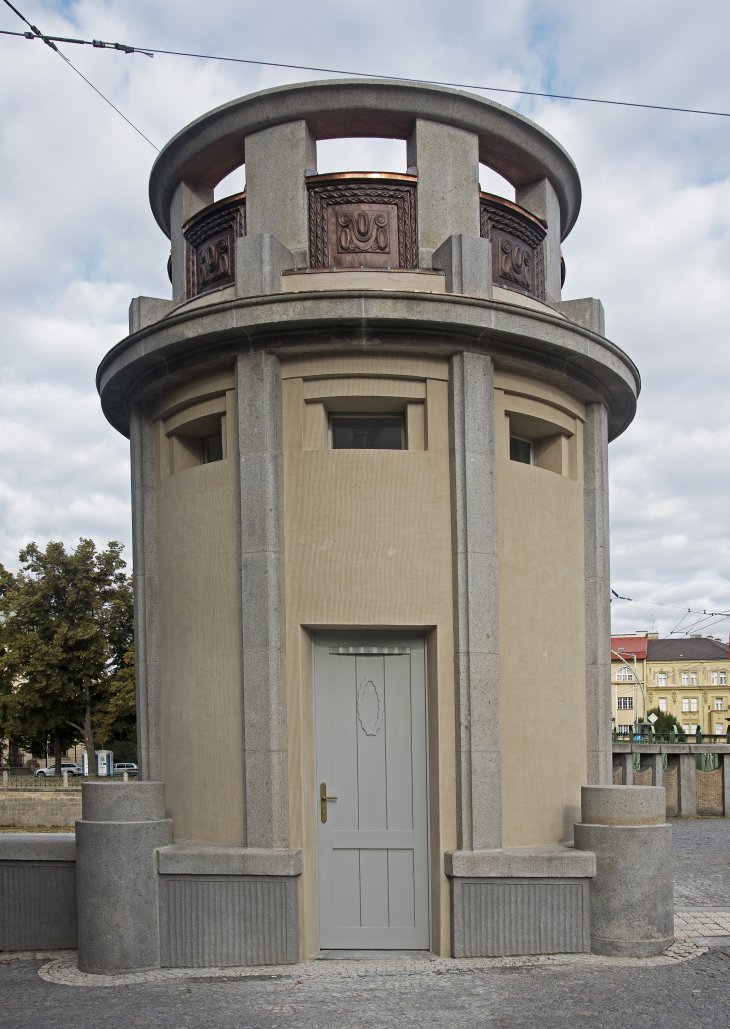 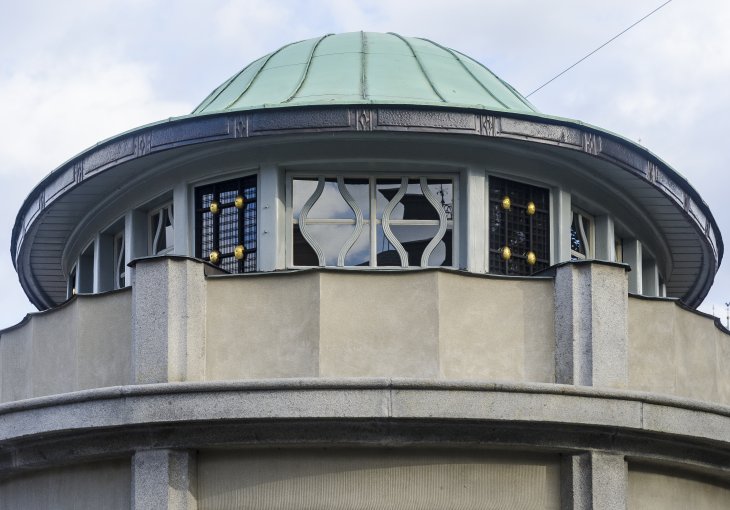 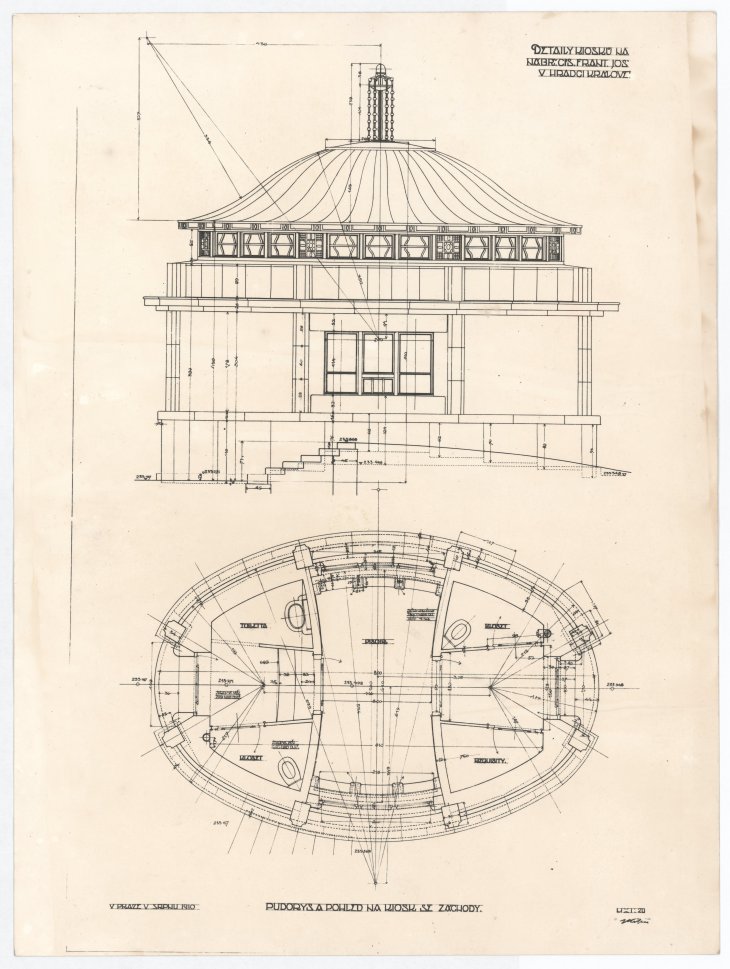 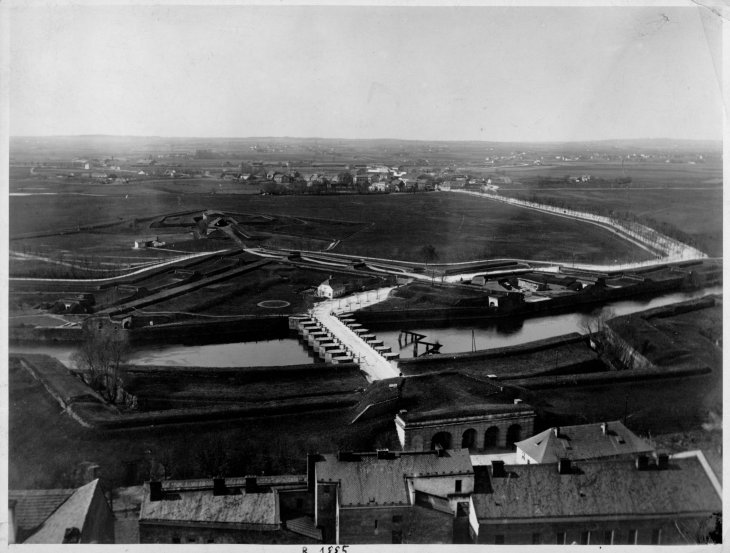 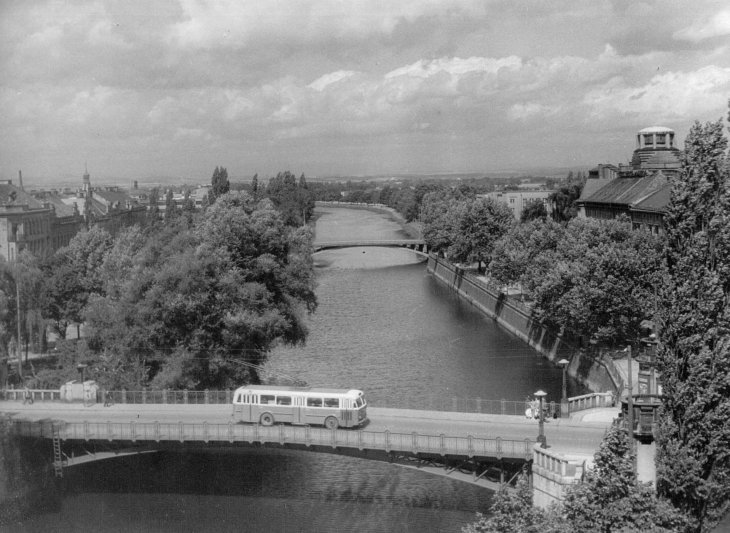 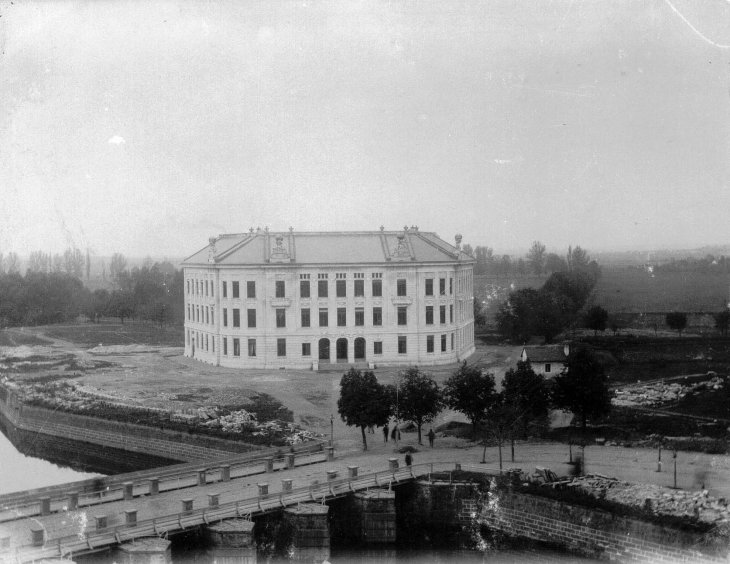