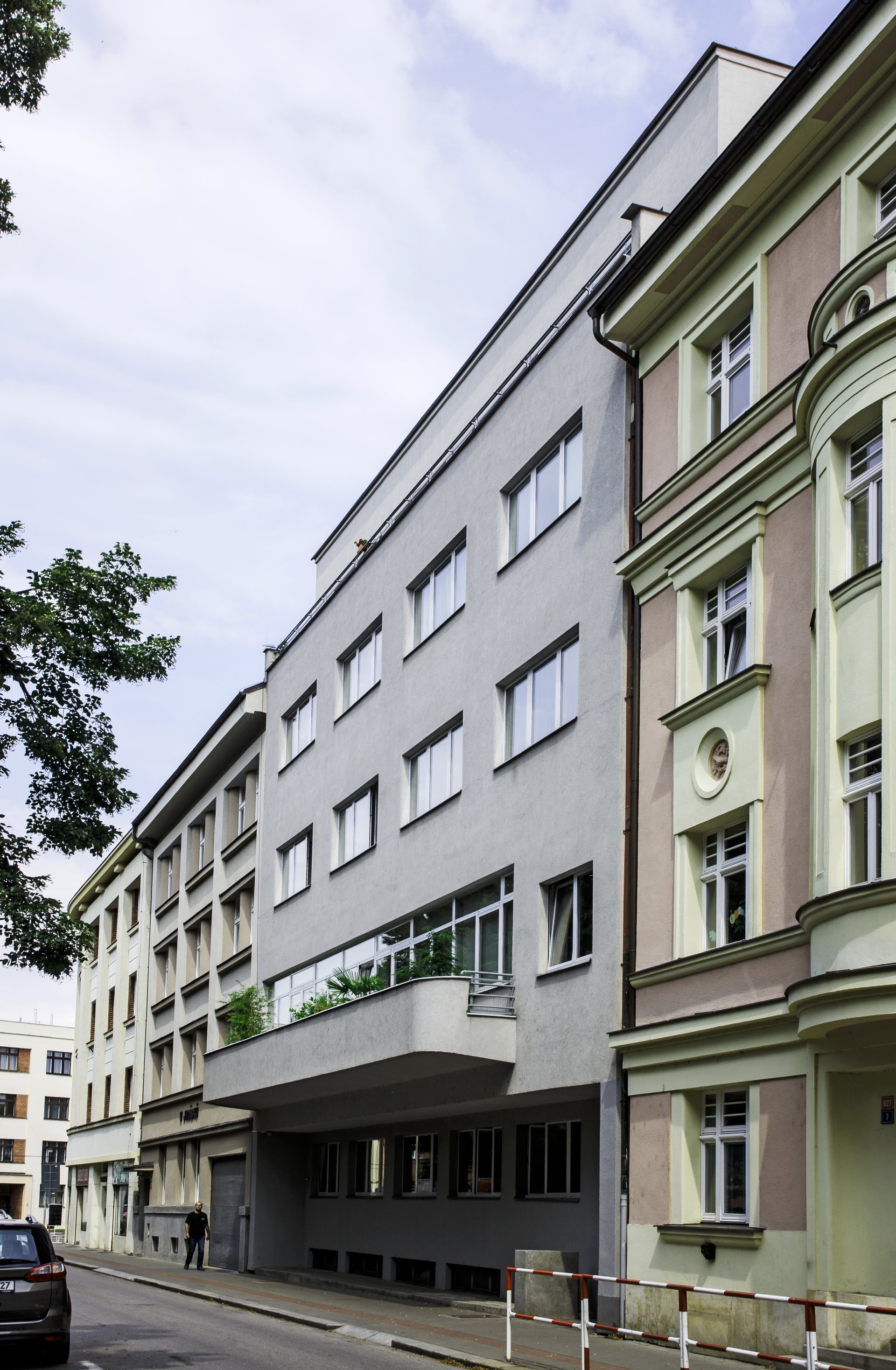 In 1932, the last vacant lot in the block of tenement houses behind the museum, designed by Jan Kotěra, was bought by František Steinfled, a lawyer and representative of the local Sokol organization. He wanted to build a four-storey house for his law offices, a generous flat for his family, and rental flats for his employees and their families. When looking for an architect, he approached twenty-year-old František Bartoš, a graduate of Josef Gočár’s school.

František Bartoš, who knew the most recent architectural and design trends, designed a house with a reinforced concrete skeleton. Unlike other houses and despite the regulations of that time, the house has an avant-garde flat roof. The exterior is divided by three-part horizontal windows; the flat on the first floor is illuminated by a strip balcony window. The ground floor is slightly recessed and so is the the last floor. In the initial design, the recessed ground floor and top floor were tiled, but this plan was not carried out. The wall dado next to the main entrance to the passage was probably to be decorated with a statue, but this plan was not carried out either. In front of the recessed ground floor a cordon of low bushes was to be planted.

The supporting prismatic pillars in the flats had a form of columns on a circular floor plan; all the partitions were independent of the construction and allowed for various extravagant layouts. The architect used this feature to design a different layout for each floor. The number and spacing of the supporting pillars differed as well, which required a unique design solution. The elevated ground floor housed the office and the caretaker’s flat; on the first floor with a protruding balcony, there was Steinfeld’s large flat, connected to the office on the ground floor with a staircase. The second floor contained two flats, the third three flats, and the fourth three smaller flats, a laundry and a drying room. The ground floor offices and Steinfeld’s flat on the first floor featured S-shaped hallways, glass walls and large bathrooms as examples of aesthetic functionalism.

The main staircase goes through the centre of the house and it is embedded in a semicircular glassed avant-corps projecting into the yard. The small yard was divided into a recessed lower courtyard at the basement level and a part garden, and there were three garages, accessible from the passage, and utility premises.

Steinfeld’s house represents a unique manifestation of architectural functionalism in Hradec Králové, and according to contemporary press, it also stood as an example “truly ideal housing that contributes to the joy of life” and “the most modern kind of a tenement house”.

František Steinfeld’s house is part of the protected site of the city conservation area in Hradec Králové. 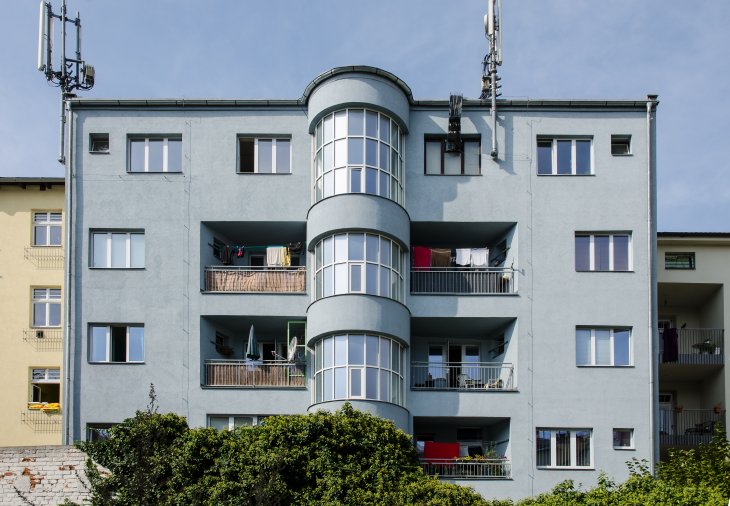 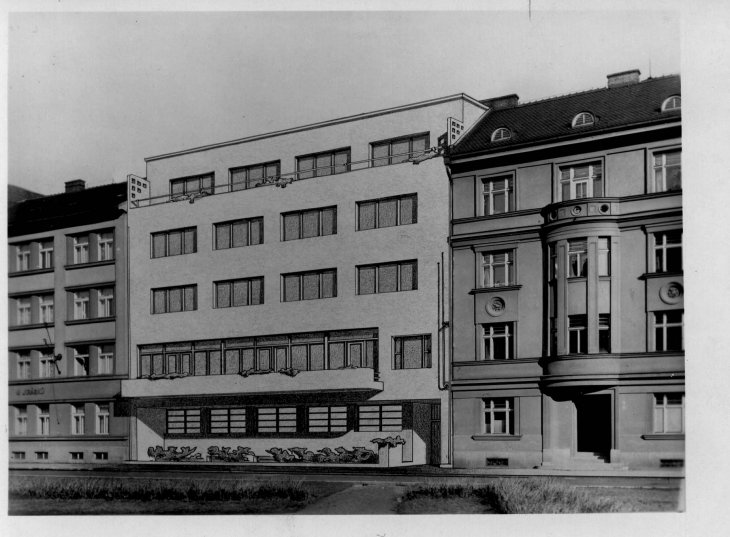 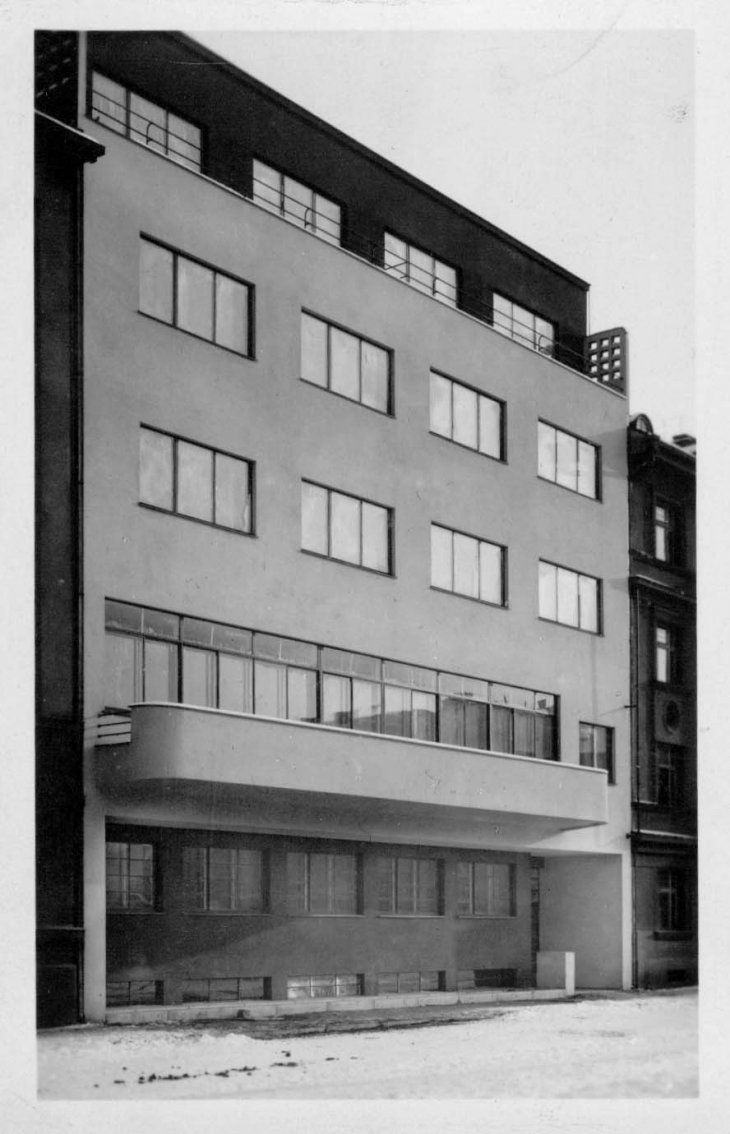