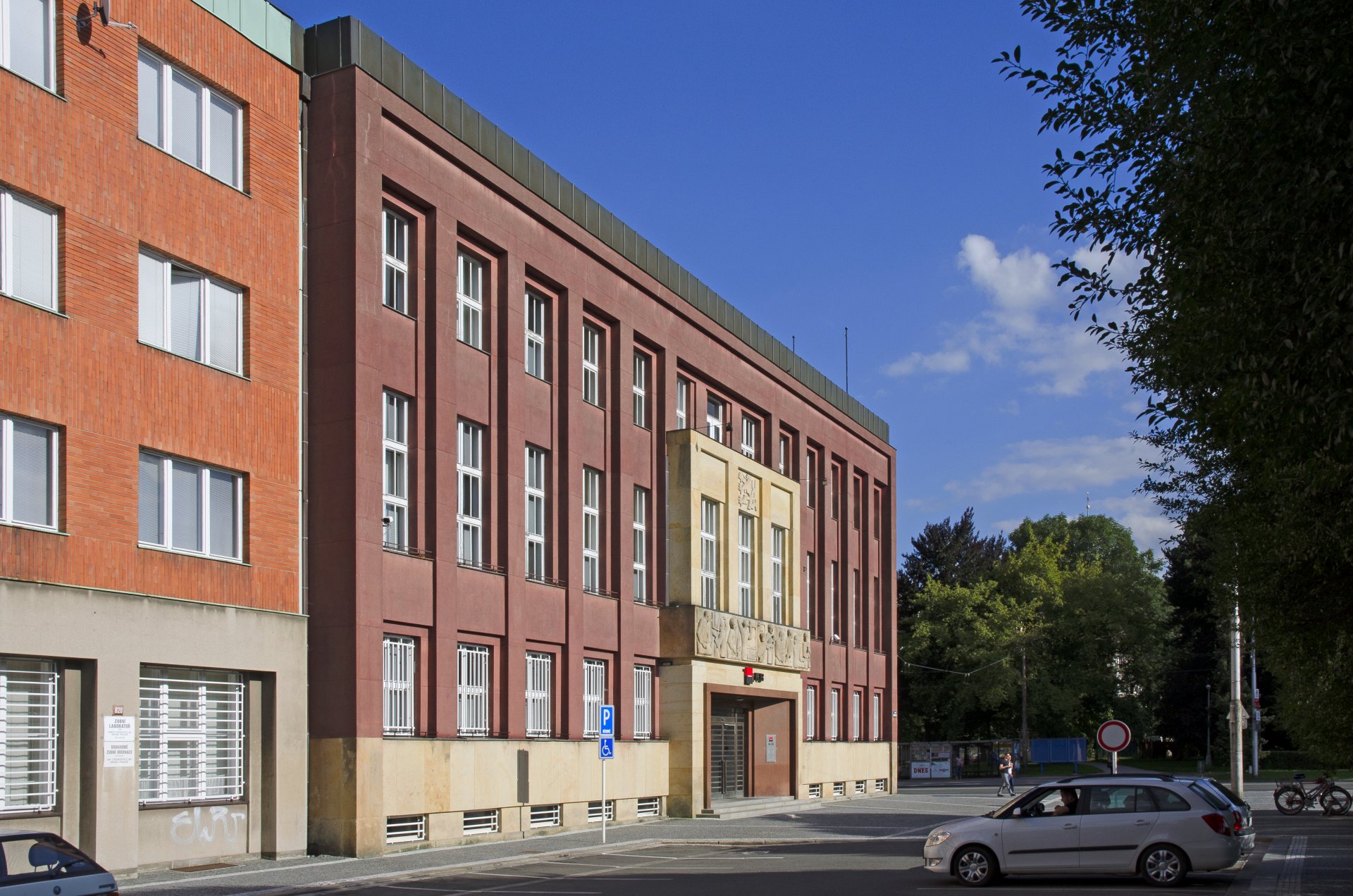 In 1928, the new Národní banka československá (Czechoslovak National Bank), established to manage state-owned assets, invited tenders for a branch bank in Hradec Králové. The tender conditions have not survived, but the designs show that the institution had a very clear idea about the building. It was supposed to be a corner building on the newly formed square next to the museum designed by Jan Kotěra. The exterior was to have modern monumental forms, divided by high lesenes. In addition to architects out of Hradec Králové, Oldřich Liska and Jan Rejchl submitted their designs. Rejchl won the tender. He designed an object combining painted sandstone panels on the façade and natural sandstone which was used for the building dados and the entrance avant-corps. The original documents show that the object was designed to be faced with panels made of natural sandstone. The stonework and marble cladding in the interior was carried out by A. Škoda’s firm. The façade structure is comparable to that of the contemporary monumental train station, and Rejchl used high lesene frames again. The façade is decorated with two reliefs by sculptor Josef Škoda who often cooperated with Rejchl. Above the main entrance, there is a strip relief depicting scenes from trade and industry. Among the numerous figures, there is also a cryptoportrait of Rejchl on the far left: a figure of a man in a suit with a telephone. Above the entrance, there was also a small state emblem created by Škoda.

The building was well received in Byt a umění review, which published extensive photographic documentation of the interiors and a reproduction of the industrial school designed by Rejchl, and in Osvěta lidu journal, which highlighted Škoda’s sculptural decorations of the exterior.

The Czechoslovak National Bank building is an immovable cultural heritage site, reg. on the Central List of Cultural Monuments of the Czech Republic, no. 32692/6-561, and part of the protected site of the Hradec Králové conservation area. 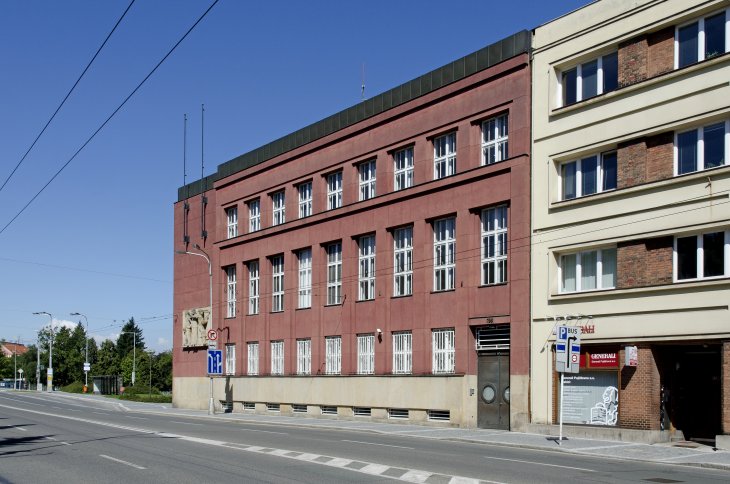 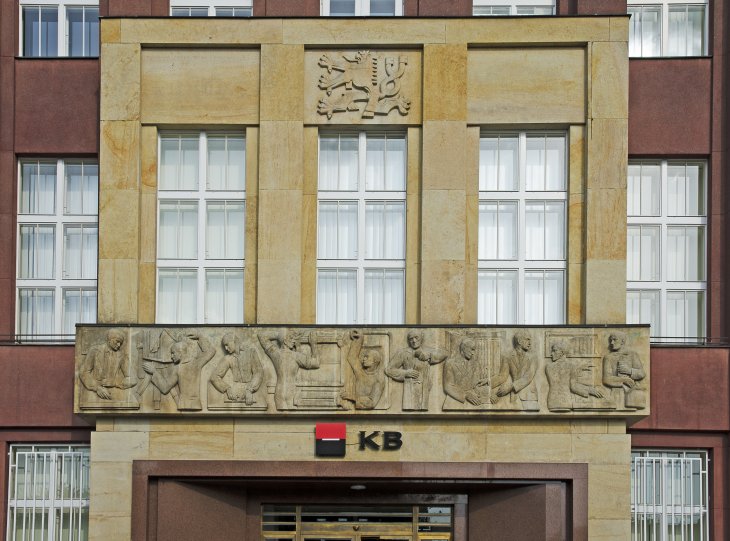 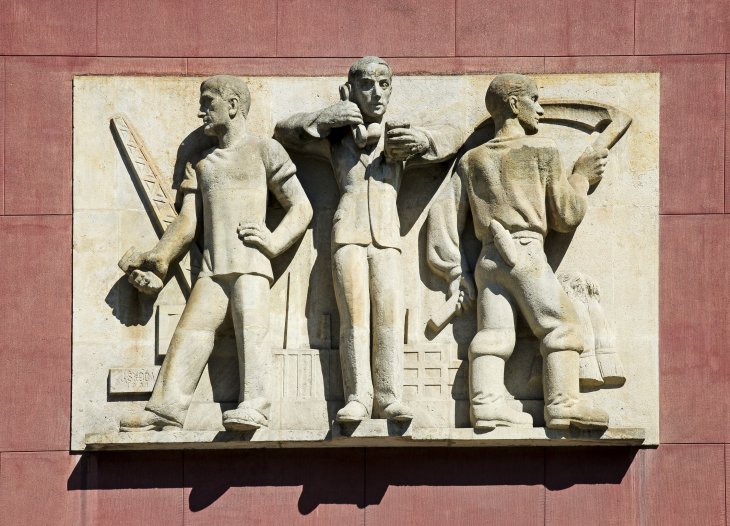 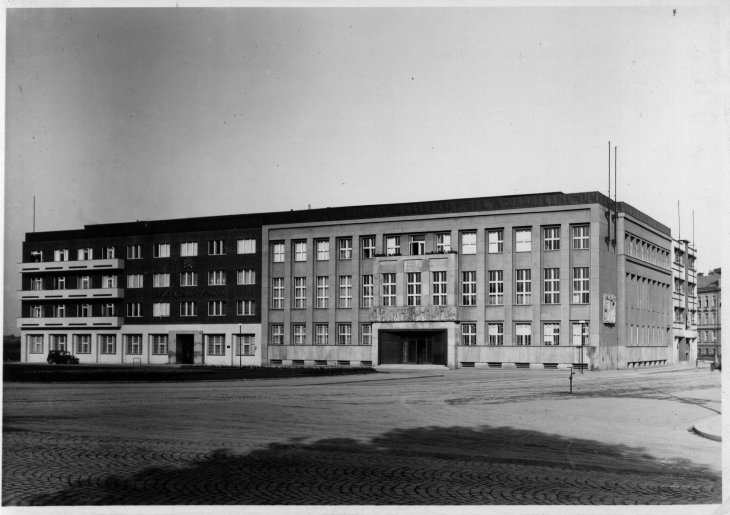 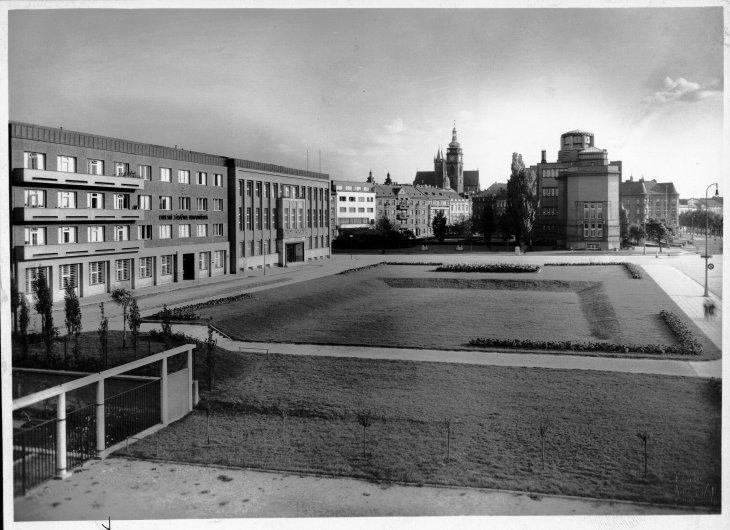 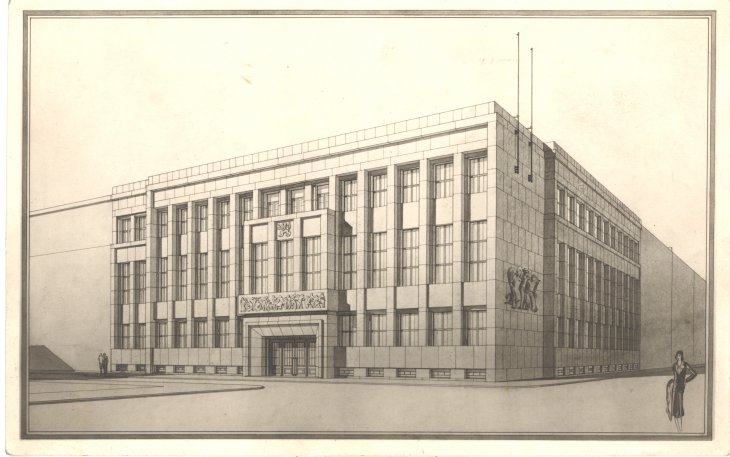 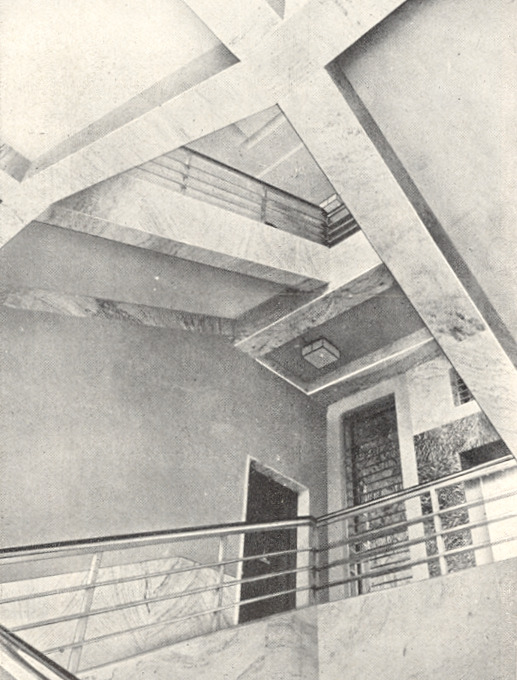 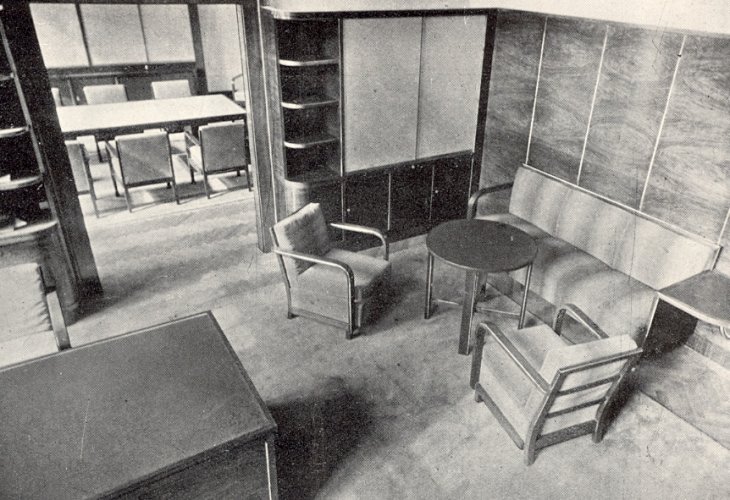