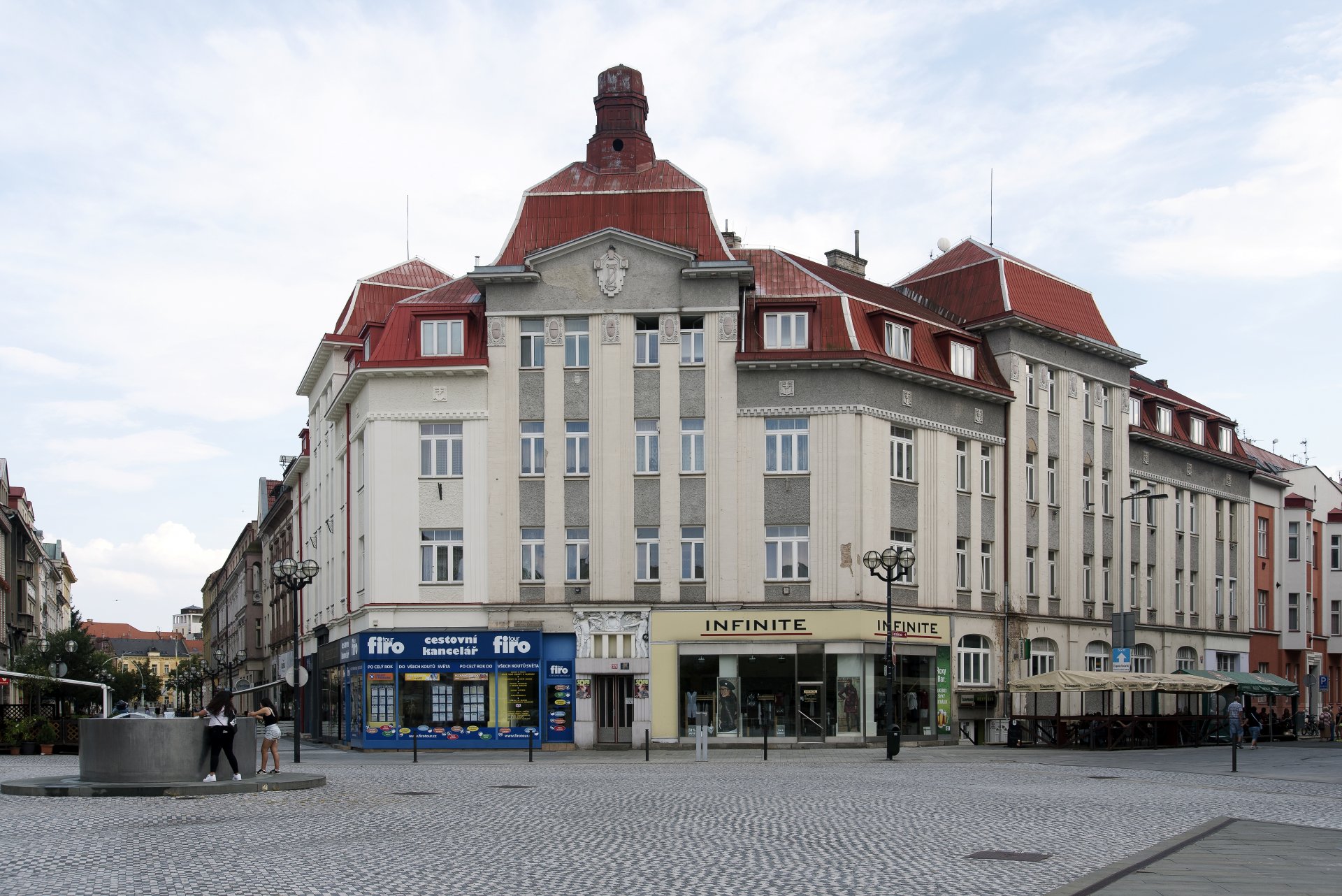 At the beginning of 1910, Vladimír Fultner won the contract to design a house for the Society for Improving the Public Welfare. It was a cooperative association of small sole traders and workers who sought to improve conditions for their work. The cooperative was established in 1908 when entrepreneurs had to face a shortage of suitable production sites and shops in the city. Its project was supported by Mayor František Ulrich. The cooperative gained a very good plot of land and favourable financing, and Fultner was asked to work on a unique project – the “Palace of Crafts and Skills” where the society members would live and run their workshops, studios, and shops. The socalled Trade House was to be built on a large corner plot in the former Čelakovského Street. Today, it dominates Masarykovo náměstí Square, which did not exist at that time; only a short southern part was being built. The architect showed an exquisite feeling for the future character and complex, irregular layout of the space, and he recognized the need for a respectable pendant to the main visual front. By adjusting the regulation plot line, bevelling the sharp corner, and a generous concept of the building, Fultner wisely defined the future arrangement of the square.

The final appearance of the Trade House shows how carefully Fultner followed some of the leading architects such as Josef Hoffmann and Joseph M. Olbrich who embraced classical building principles and forms. The use of monumental classicist architecture in the symmetrical façade was based on his good knowledge of Joseph Zasche's work. In a way, Fultner anticipated a new wave of popularity of Biedermeier, represented mainly by Wunibald Deininger and his work in Ostrava.

The Trade House is composed of a central part with a massive roof and a distinct dome and two side wings. The side wings have distinct roofs as well, and there are four-axis avant-corps with high pilasters on each side. In the basement, there were spacious workshops; in the front ground floor wing, Fultner designed “airy and modern shops”. Three floors above the utility ground floor were occupied by one- to three-room flats, many of them used by the tenants of the shops and workshops. Overall, the house seemed slightly old-fashioned, which apparently corresponded to the conservative taste of the customer and the desire to create an impression of reliability and representation. The façade is decorated with decent geometric decorations and Fultner's favourite relief with the initials of the client. The Trade House was approved at the end of 1911. The shops, business premises and flats were very popular – there was a milliner, barber, woodcarver, painter, cloth dealer, manufacturer of harmoniums, and a cooperative of shoemakers. 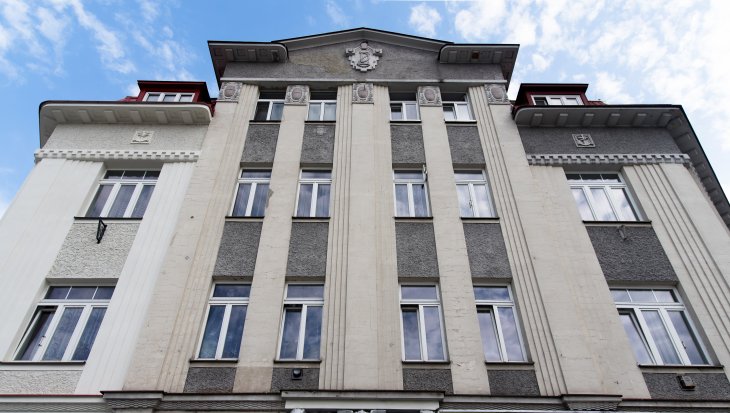 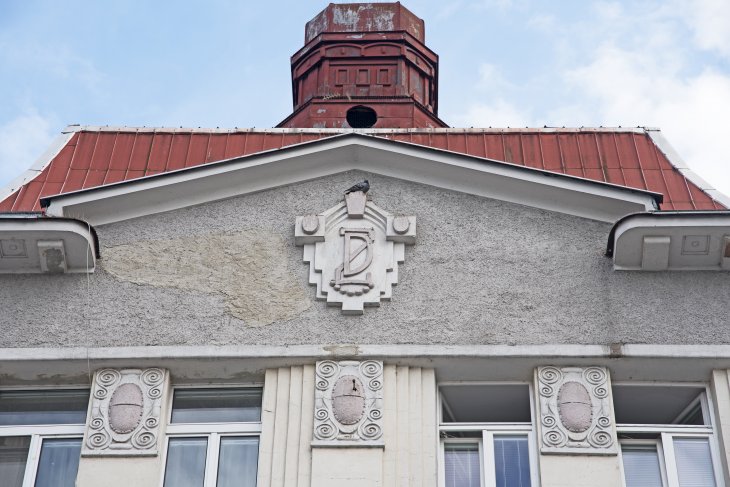 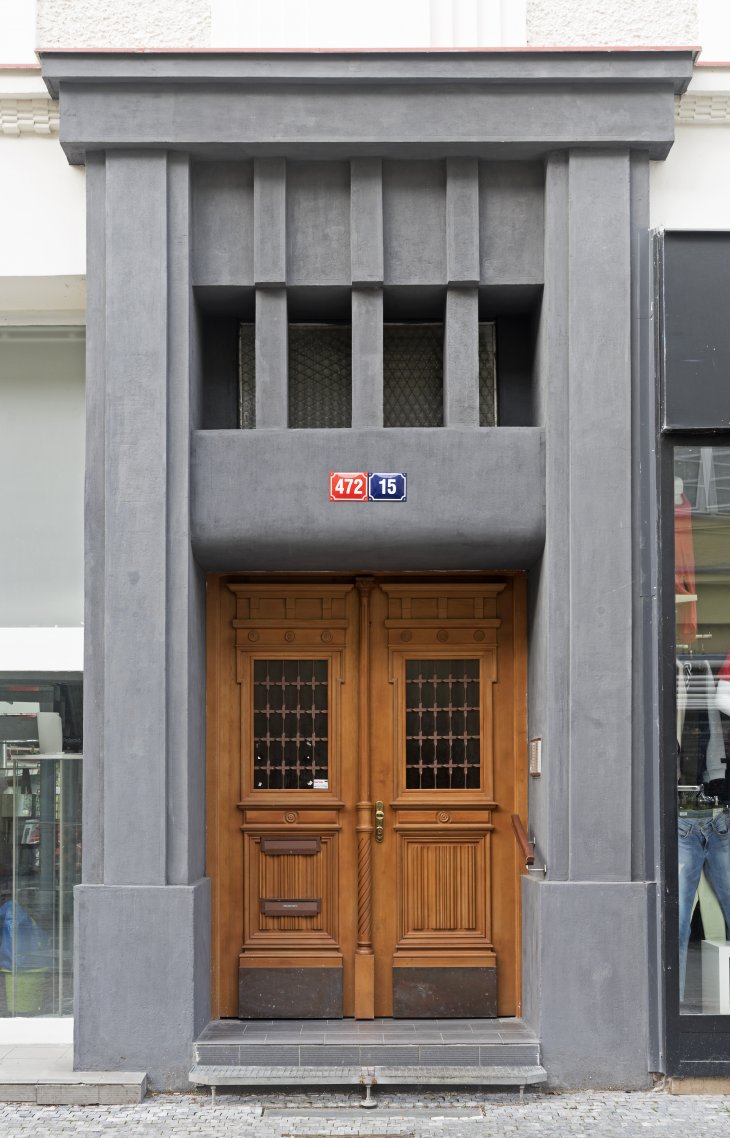 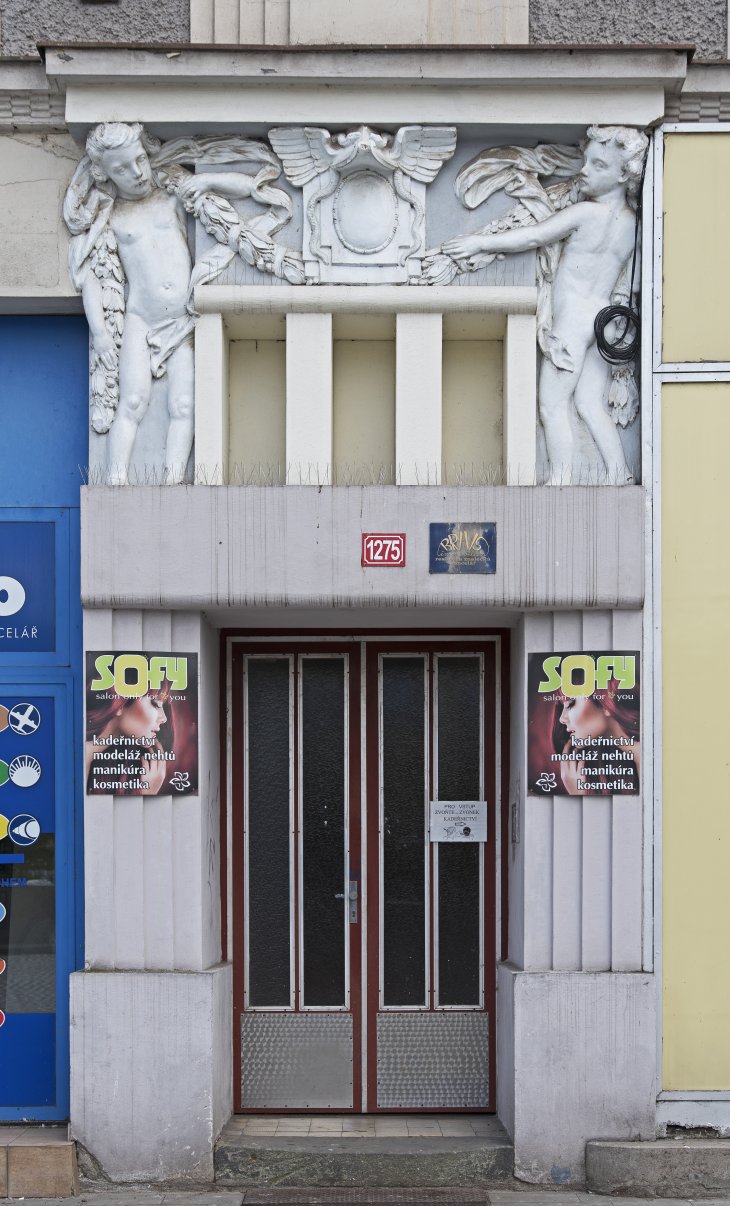 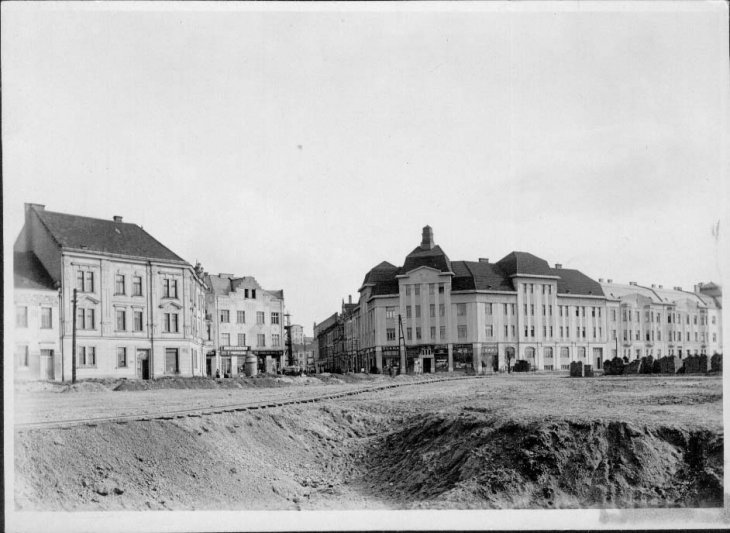 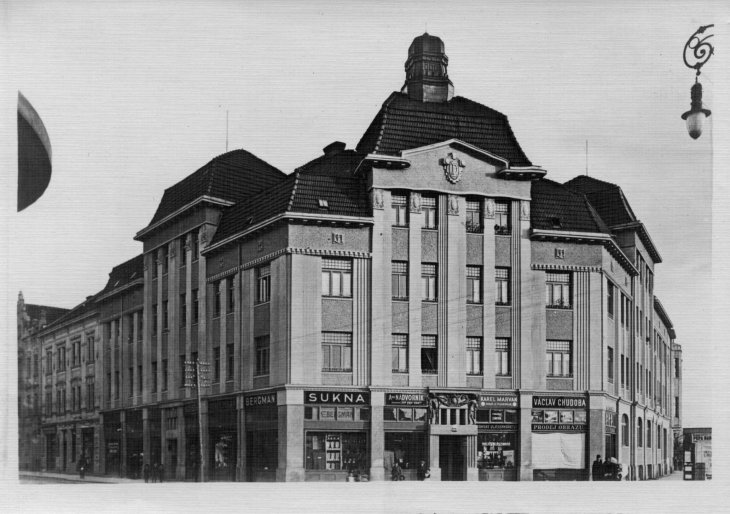