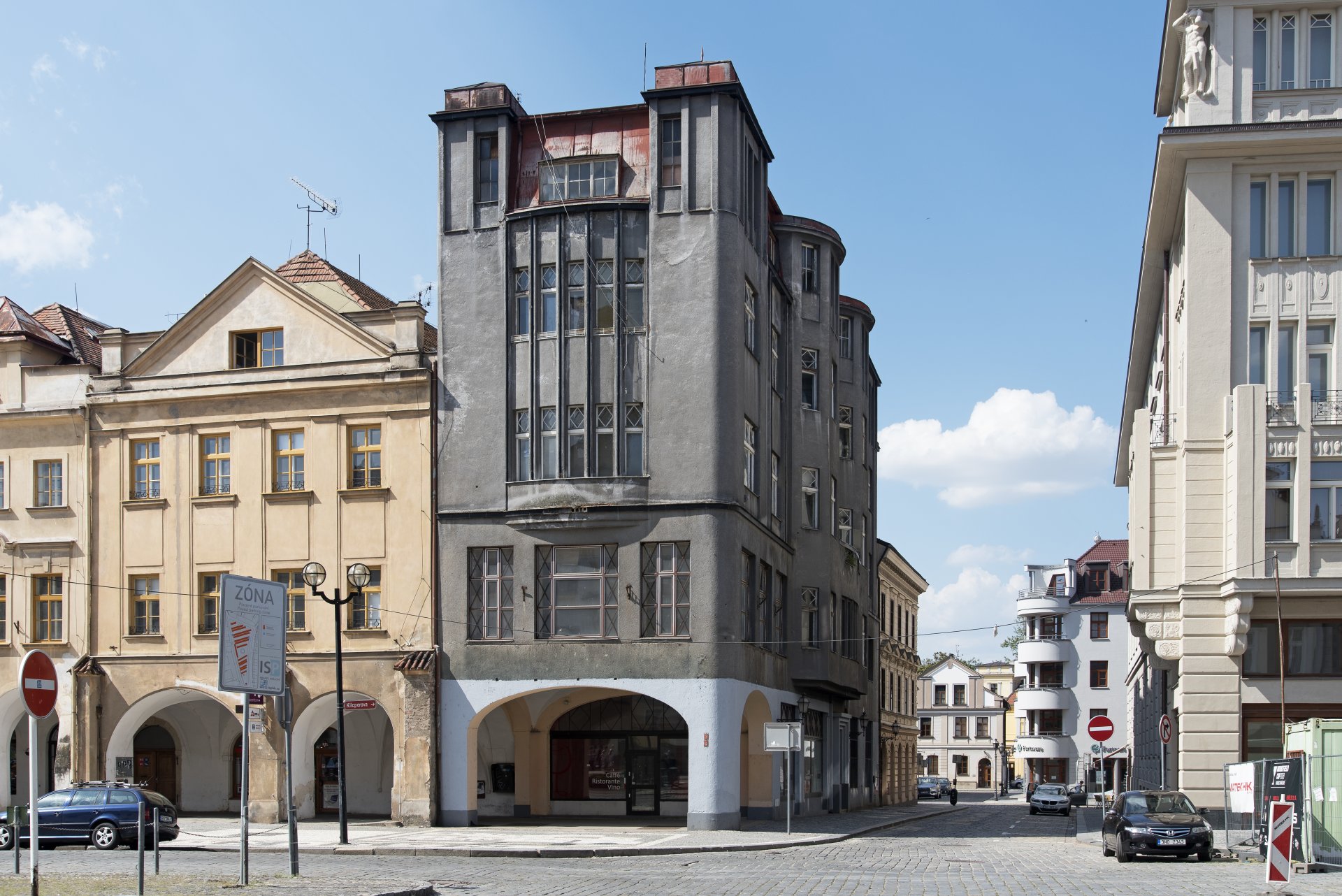 Vladimír Fultner dealt with Velké náměstí Square already in 1910. In the tender for the palace of the Všeobecná úvěrní společnost (Universal Credit Bank) on the site of Cavais’s demolished houses (today, there is the Osvald Polívka Gallery), Fultner won the second prize for a design co-created with Oldřich Liska. The basic idea, composition and façades were based on the Trade House project. The site in Velké náměstí Square was to be dominated by monumental architecture in a modernized classical style. Soon after that, Fultner started designing clear shape structures and much more relied on his artistic intuition.

After the tender for the bank palace, he worked for Václav J. Špalek, a textile trader. Špalek owned a house on the opposite plot of land. When the house burnt down in July 1910, Špalek immediately approached Fultner and asked him to design a new department store. Due to the narrow medieval plot and preserved historical arcade, the main façade is remarkably orientated to a side street, Klicperova Street. The corner part with two turrets highlights the height of the house (taller than the surrounding buildings), which, together with the loose vertical structure of the façade, caused public controversy. After the publication of the first Fultner’s design (August 1910), there was a groundswell of protests, inspired by the local section of Za starou Prahu (For Old Prague) club. The club members claimed they wanted to preserve the well-known “old character” of the square. Surprisingly, the opponents were joined by Jan Kotěra in 1911, who wrote a letter to Mayor Ulrich saying that the building is “disproportionate to the entire image of the square”.

Although Fultner was supported by Mayor Ulrich, he made some changes in his second design of Špalek’s house (Q1 1911) to accommodate the objections. In the front façade, he strengthened the horizontal structure and removed some vertical features such as a decorative corner gable. Due to his refined approach, however, the main motives were two corner tower-like bodies, a sort of pendant to the surrounding historical landmarks – the Cathedral of the Holy Spirit, the Old Town Hall, and the Church of the Assumption of the Virgin Mary. Fultner’s abandonment of various decorative elements was caused by public protests, but it also expressed his slowly changing approach. In the second design, he abandoned the Wagnerian rational style, perhaps under the influence of the breakthrough paper Od moderní architektury – k architektuře (From Modern Architecture – to Architecture) by Pavel Janák. Instead of a rhythmic structure of geometric ornaments, which completed the construction of the building, he used elaborate plastic mass and got rid of ornamentation. In his work, however, art became an integral part of the creative process. The opponents of the building were eventually willing to admit the artistic quality of the building although they still refused its height. The complaints were thus addressed to the councillors who approved the construction of the building. 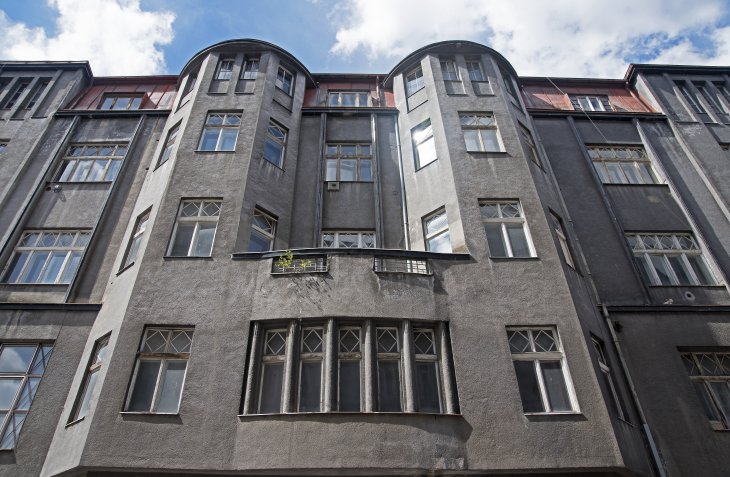 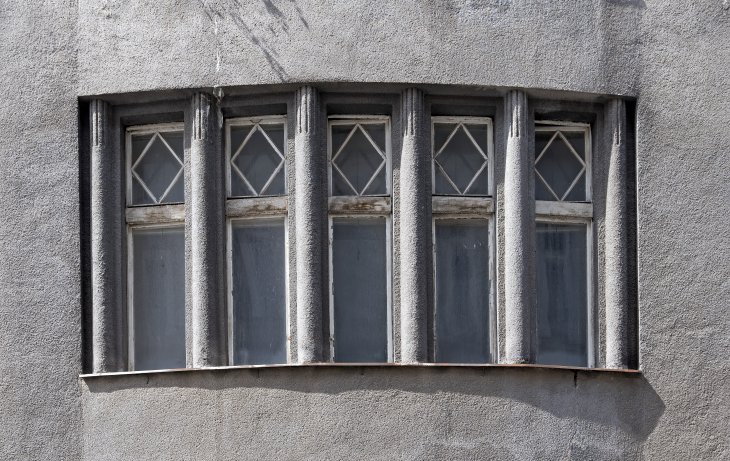 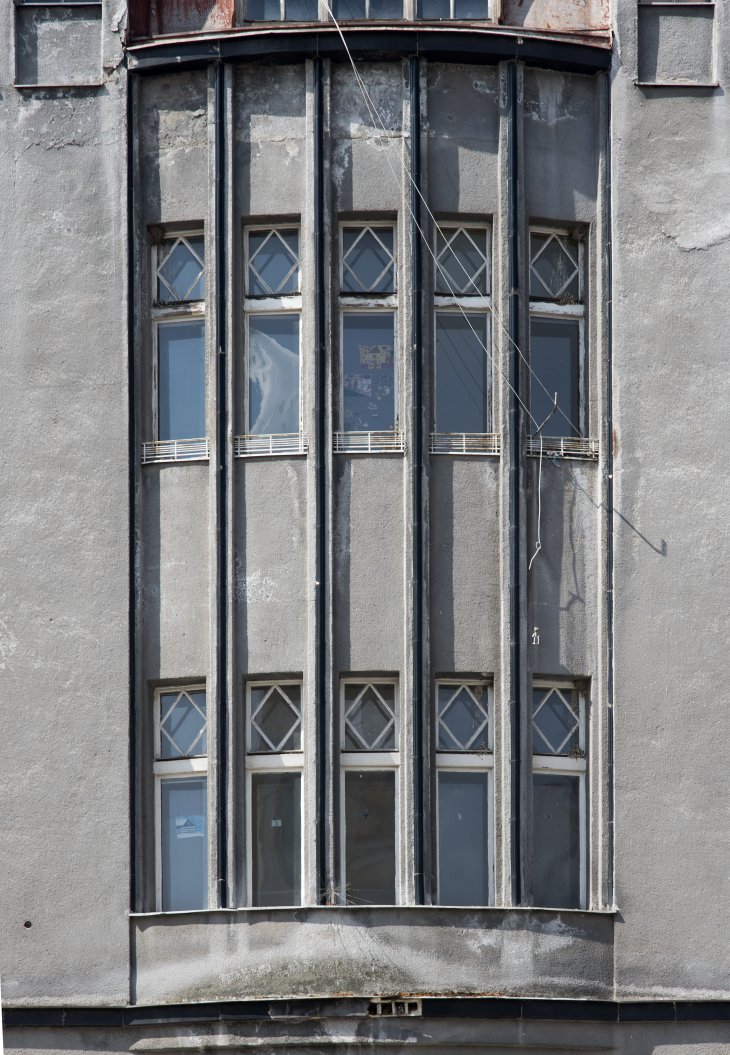