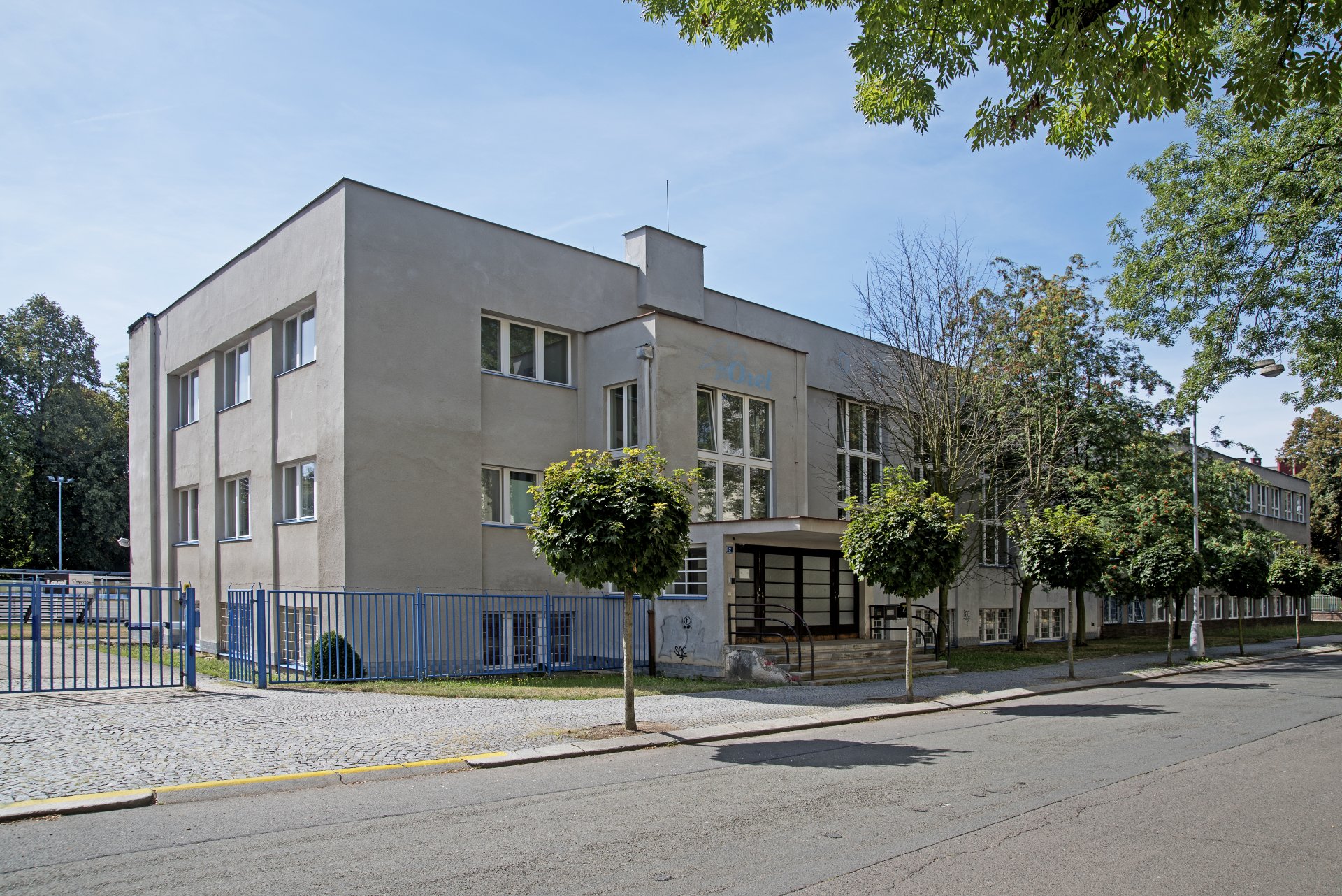 Shortly after the completion of the modern representative Sokol gym on Eliščino nábřeží Embankment in 1930 (odkaz/kód), the members of the Orel association (founded as a Christian alternative to the atheistic physical activities of the Sokol organization) decided to build their own gym. The city of Hradec Králové became a key centre of the Orel activities – one of its first organizations in Bohemia was founded there (1909) and the city was the seat of the East Bohemian Brynych District. However, the existing temporary premises used for club activities (Adalbertinum, Boromeum, etc.) were not adequate for the importance of the district and organization.

The Orel association was donated a plot of land in a quiet neighbourhood near the Orlice waterfront by the city. The project of the gym was designed by Václav Placák in 1933. This less known local architect designed mainly tenement house (usually in a modest functionalist form), but he already designed a grand purist Sokol gym in Česká Skalice in 1929 and took part in the competition for a gymnasium in Železný Brod.

The Orel gym in Hradec Králové was conceived as a simple block with a clean smooth façade in the spirit of “white functionalism”, without the ambition to formally distinguish the Orel gym from the atheistic Sokol gym. Besides, “there were no great differences in the educational efforts” of the two organizations. A dominant element of the street façade is a glazed avant-corps with a protruding entry covered with an awning and accessible by a wide stairway with curved pipe railings.

This part, originally “crowned” with a relief of an eagle, is not positioned axially, but asymmetrically in the left half of the façade; the right part is then divided by four high windows, illuminating the gymnastic hall. The rear façade towards the adjacent stadium with grandstands looked monumental.

On the centred five-axis façade, there was a light “pyramid” structure of pergolas, visually topped with another relief of an eagle. Originally, the complex was supposed to include two rectangular objects of boarding houses, placed symmetrically on both sides of the main building. However, they were never built.

Since the scope of activities of the Orel organization was very similar to those of the Sokol organization, the building programme of the interior was more or less the same. Therefore, the building included a gymnastic hall, a more spacious gallery and a lecture hall, offices, sanitary facilities, a foyer with a cafeteria, dormitories, and the caretaker’s flat.

The Orel association was not as popular as the Sokol organization, which also meant limited financial resources. Despite this fact, its branch in Hradec Králové managed to build one of the most distinctive gyms in the country that was not conservative and represented one of the best examples of the contemporary sports architecture. Unfortunately, the initial effect of the building was shadowed by subsequent reconstructions. In 1949, the building was taken over by the Regional Pioneer House; later, it served as the so-called Regional House for Pioneers and Youth whose needs were met by a western extension built between 1965 and 1969. After 1989, the gym was returned to the Orel association; the extension is used by the House of Children and Youth. 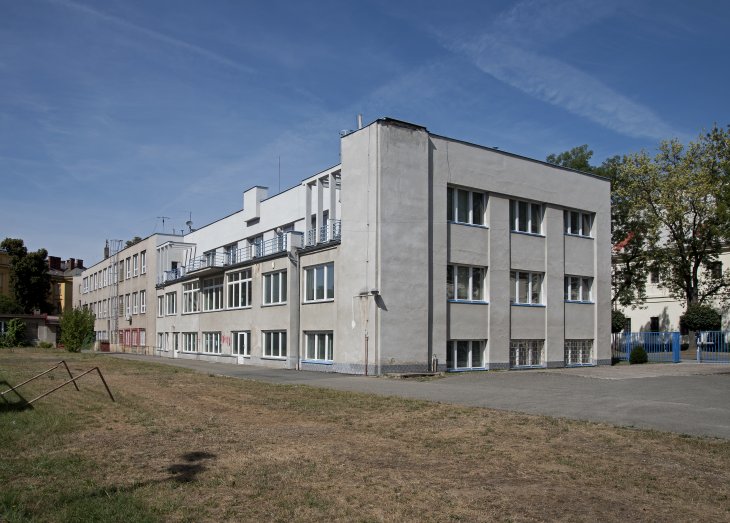