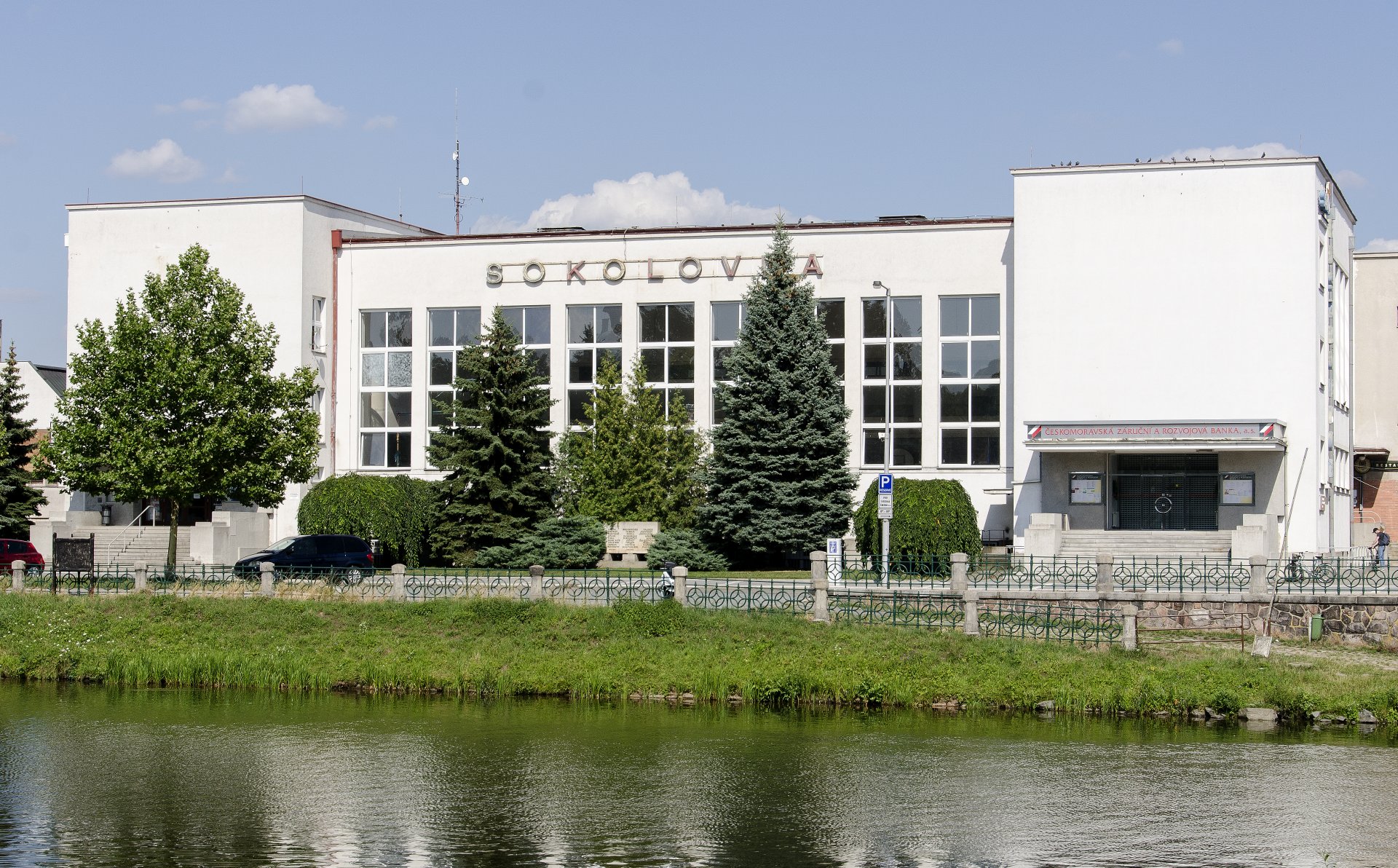 The Sokol organization in Hradec Králové was founded in 1866 and used several provisional facilities for its activities, for example, the shooting range in Jiráskovy sady Park, the gym in the new realschule in Komenského Street, etc. The first Sokol Gym was built in 1884 on the site of a former malt house in Kavčí plácek Square. Its spaces, however, became soon insufficient, so in 1901, a cooperative in order to raise funds for a new gym was established.

In the regulatory city plan of 1909, a prominent construction site on Eliščino nábřeží Embankment was allocated for the object. The competition for the new Sokol campus, which was supposed to include a gym, restaurant, cinema and stadium, was announced ten years later (1921). Of the 19 incoming designs, including the ones by Jiří Kroha, Otakar Novotný, Kamil Roškot, and Oldřich Liska, the jury chose the design by architect Milan Babuška ‘for its thought-out regulatory, ground plan and architectural solution”. Babuška’s richly articulated structure with a façade combining facing masonry and light plaster also met the requirement for the harmonious alignment of the building with the adjacent museum (odkaz/kód). The massive segment roof above the main hall added the desired monumentality to the building. Due to the lack of finances, the construction was not launched until 1928. It was based on Babuška’s new, more moderate project in the spirit of “white functionalism” – a style that is very rare in its pure form in Hradec Králové.

The two-storey building with a flat roof stands out with its well arranged structure. The front façade is dominated by the central elongate cuboid of the main gymnastic hall, divided by nine narrow glass strips extending throughout its height. On both the sides, there are slightly protruding higher wings with the restaurant and cinema entrances, accessible by massive staircases and covered with bold awnings. Their full front façades contrast with the “fragile” glass gymnasium tract enhanced by grey and white colour of the combed plaster (the side wings used to be darker). As a result, the austere building looks like an industrial object; the only decorative elements of the exterior were the bronze reliefs of falcons, originally placed just below the crown cornices of the side wings, and neon signs. Thanks to the strict symmetry, disrupted only by a small south extension for the service staircase, Babuška managed to achieve a monumental effect that does not rival the nearby museum designed by Kotěra.

In addition to the cinema, a restaurant and a gym (with two halls), the interior included a puppet theatre, offices, a library and a reading room, dormitories, the manager’s flat, and modern sanitary facilities (showers, toilets, and cloakrooms), reflecting the progressive attitude of the Sokol movement to the contemporary hygienic issues. Due to the lack of finances, the planned summer training ground, grandstands, jogging track and tennis courts could not be built.

In 1989, a large, partially embedded sports hall, designed by architect Karl Friedrich jr. of the local Stavoprojekt company, was added to the south east corner of the Sokol gym (where the staircase avant-corps was situated) and the main entrance to the sports part of the complex was moved there. It is accessible by a wide staircase, accentuated by the statue of the Basketball Player by Zdeněk Němeček. Today, the side wings of the old building are used by the Philharmonic Orchestra of Hradec Králové and a bank. 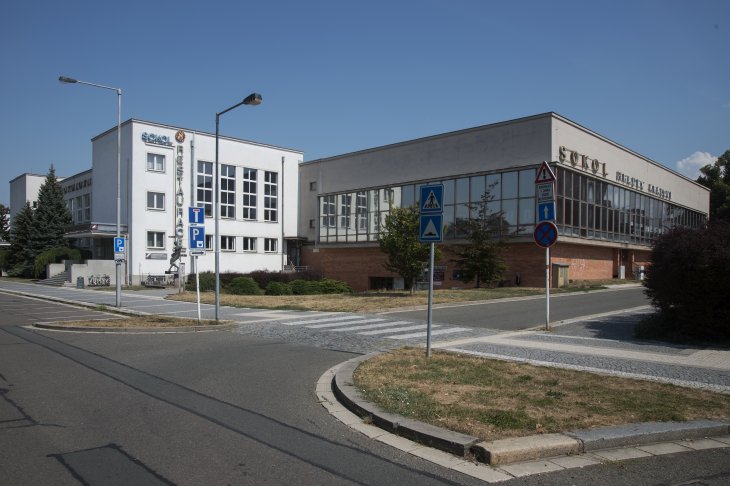 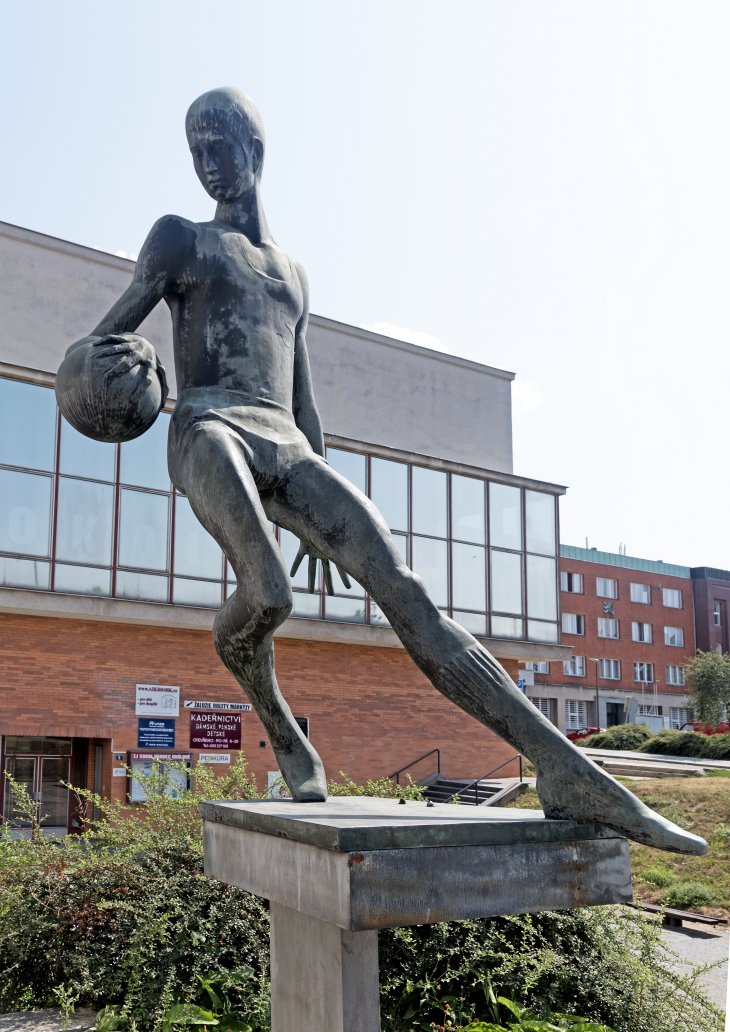 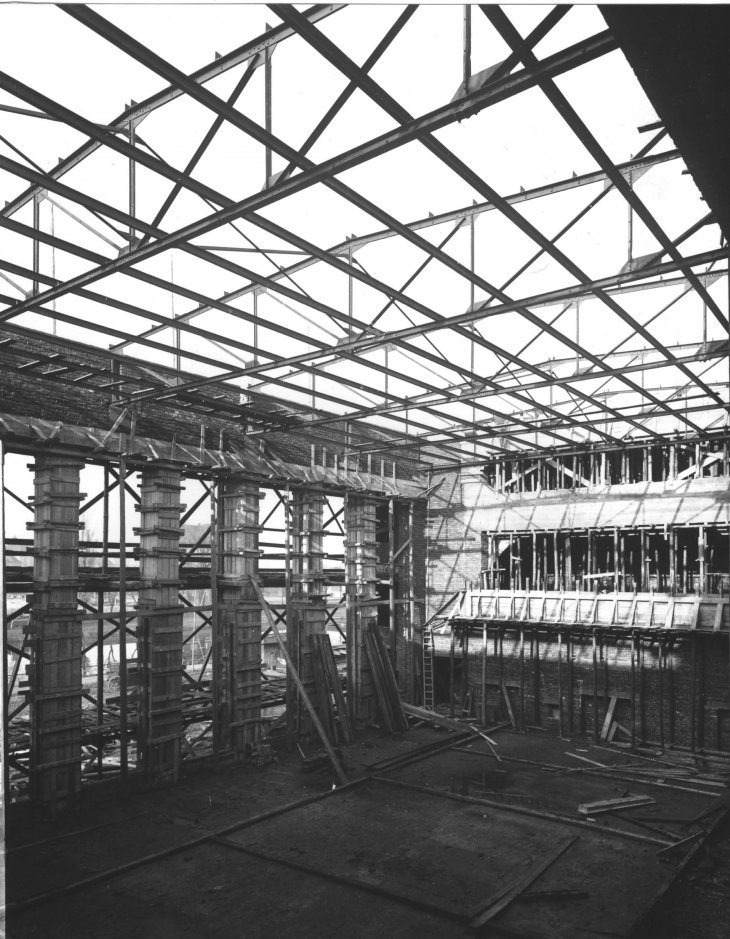 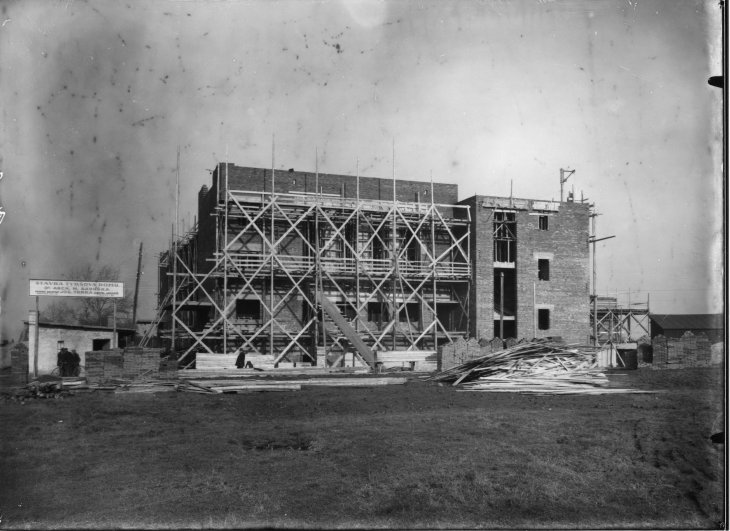 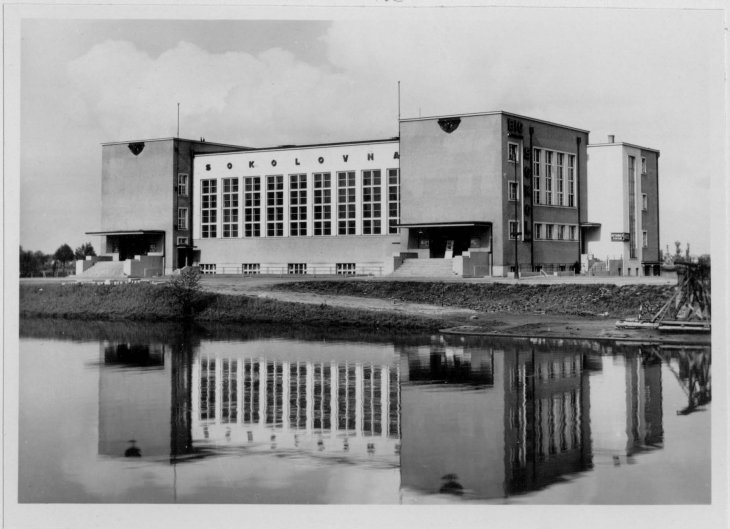 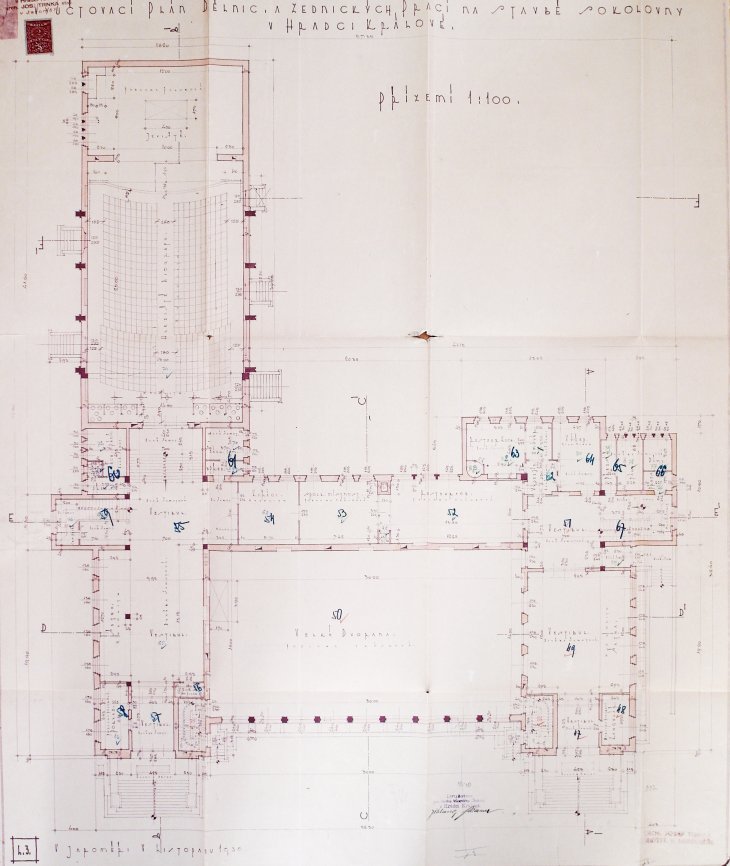 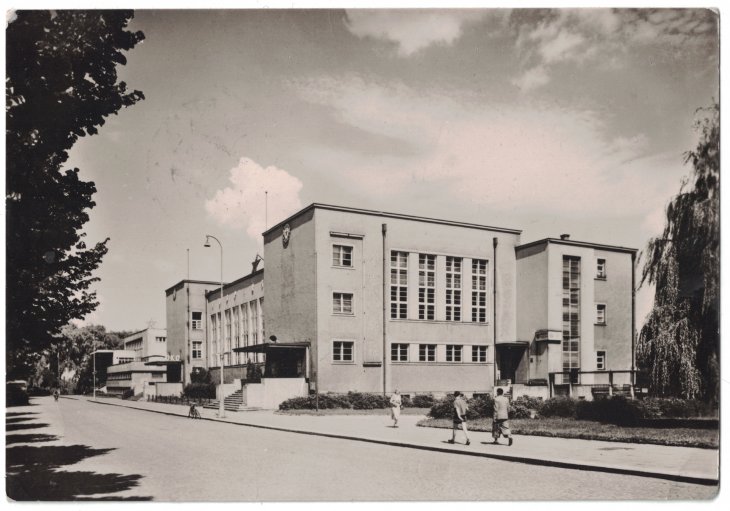