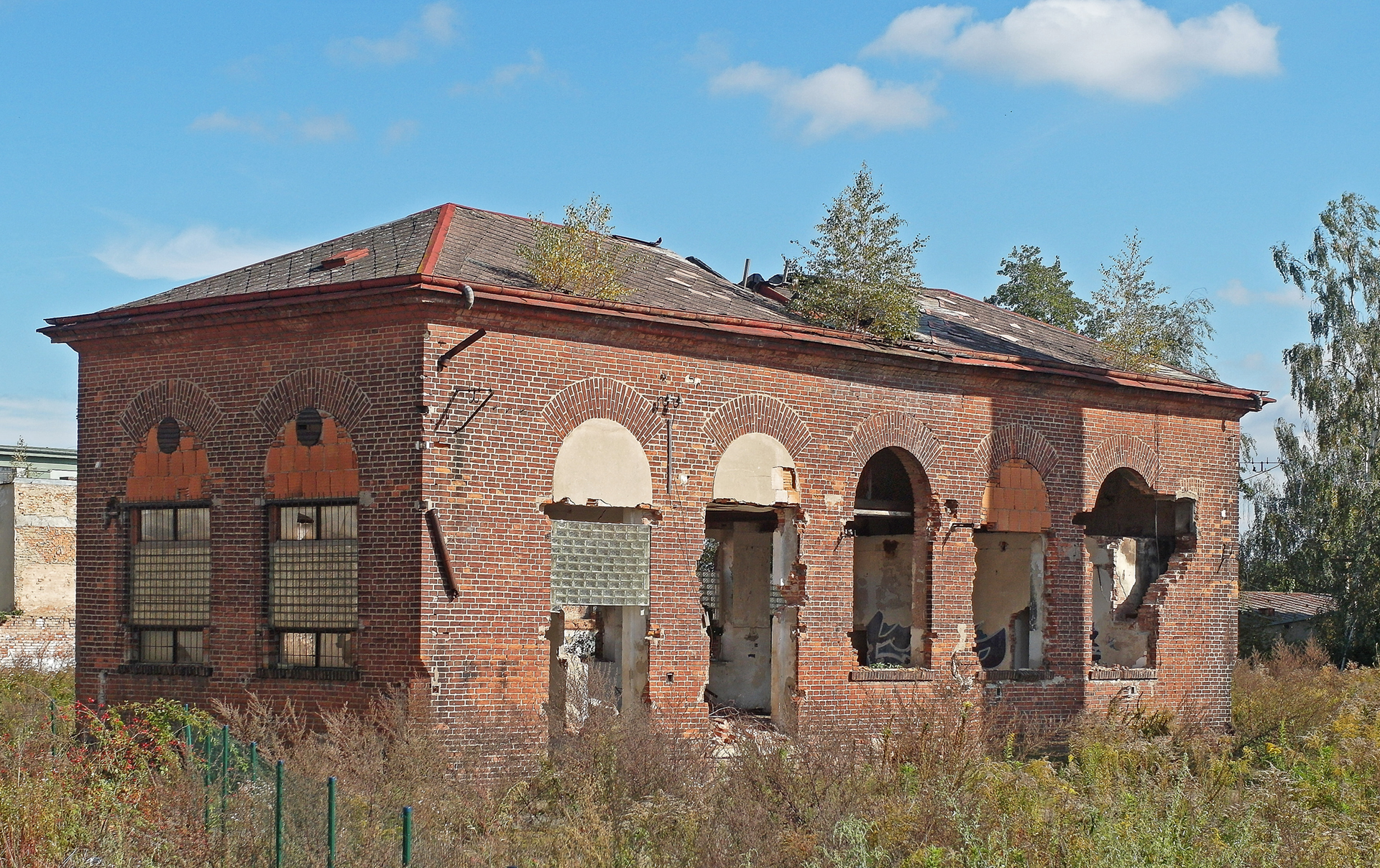 The history of the tanning factories in Kukleny, the suburbs of Hradec Králové, dates back to the second half of the 19th century. Kukleny became an important industrial area at that time. Thanks to its strategically advantageous location in today’s Pražská třída Street and the newly built railway line (1857), companies like Weidner (with an engine room, a boiler shop, and a foundry), Felfel’s chicory factory, Kostka’s sugar refinery, Märky metal processing firm, Bromovský & Schulz and Škoda Works began to develop there. In 1884, the first tanning factory in the area was built by Alois Nejedlý. Alois Nejedlý came from a tanner’s family dating back to the 17th century. He built a large plant, which was later taken over and managed by his sons Alois and Josef under the name Spojené koželužské závody A. a J. Nejedlý (A. & J. Nejedlý’s United Tanning Factories).

The oldest surviving building permit was issued to their tanning workshop (no. 184/9) which was completed in the 1885. It included a tannery, a soaking room, a drying room and rooms with a kitchen. After several fires, the building had an irregular rectangular layout, six window axes with the front door toward the tannery complex, and two floors with a basement. The representative character of the company was emphasized by an elevated single-storey part with a double cornice and interfenestral rusticwork. This part probably burnt down and was later completed in its present form with a simple two-storey block which had a profiled crown cornice decorated with dentil. As if the building was to match the adjacent office building of the competitive tanning factory owned by Josef Seyfried. In the 1930s, A. & J. Nejedlý’s tanning factory was situated on the plot of land between Pražská třída Street, where the main entrance and the reception were built, and the road that today divides the warehouses from the football grounds. No significant part of the complex remained preserved, but the locations of some of the buildings have survived. The stream flowing through the plot of land divided the complex into two parts. The part near Pražská třída Street included the above-mentioned object no. 184/9, the (now non-existent) reception (still visible in the brick fencing – the only base, which is partly plastered, formed a wall) and the main gate creating the entrance on the right. On the left, there was a three-storey building in the shape of the letter Z, used mainly to store finished products. The southernmost two-storey part of the building served as a dining room, an office, and a laboratory. Another preserved object with a rectangular layout was a simple two-story house facing the main road. It was designed as a room with a kitchen; a large part of the house served as a warehouse. Behind the stream, there was the tanning manufacture. The unpreserved complex included a large factory with an atrium; its built-up area without nearby warehouses was comparable to that of the château of Litomyšl. In the 1920s 5.6 million pieces of material were processed there and the factory had more than 150 employees. The good results of the company were thwarted by WWI: while it still used its potential during the war, it was not able to survive the Great Depression.

In addition to the administrative and residential building no. 111, the building No. 109 closely adjacent to the premises of Josef Seyfried’s tanning factory has survived. It is a single-storey hall with a hipped roof dating back to 1881 when it served as a sugar refinery owned by Antonín Komárek. This object, the so-called small hall, was built of unplastered brickwork. Its present form, however, suffered numerous reconstructions and neglect, and so did the turret with a clock, which was taken down and stored in 2014. The only sad remnant of the entire large tanning factory is the detached chimney, which is an important historical city landmark and a proof of the former industrial boom of Kukleny. 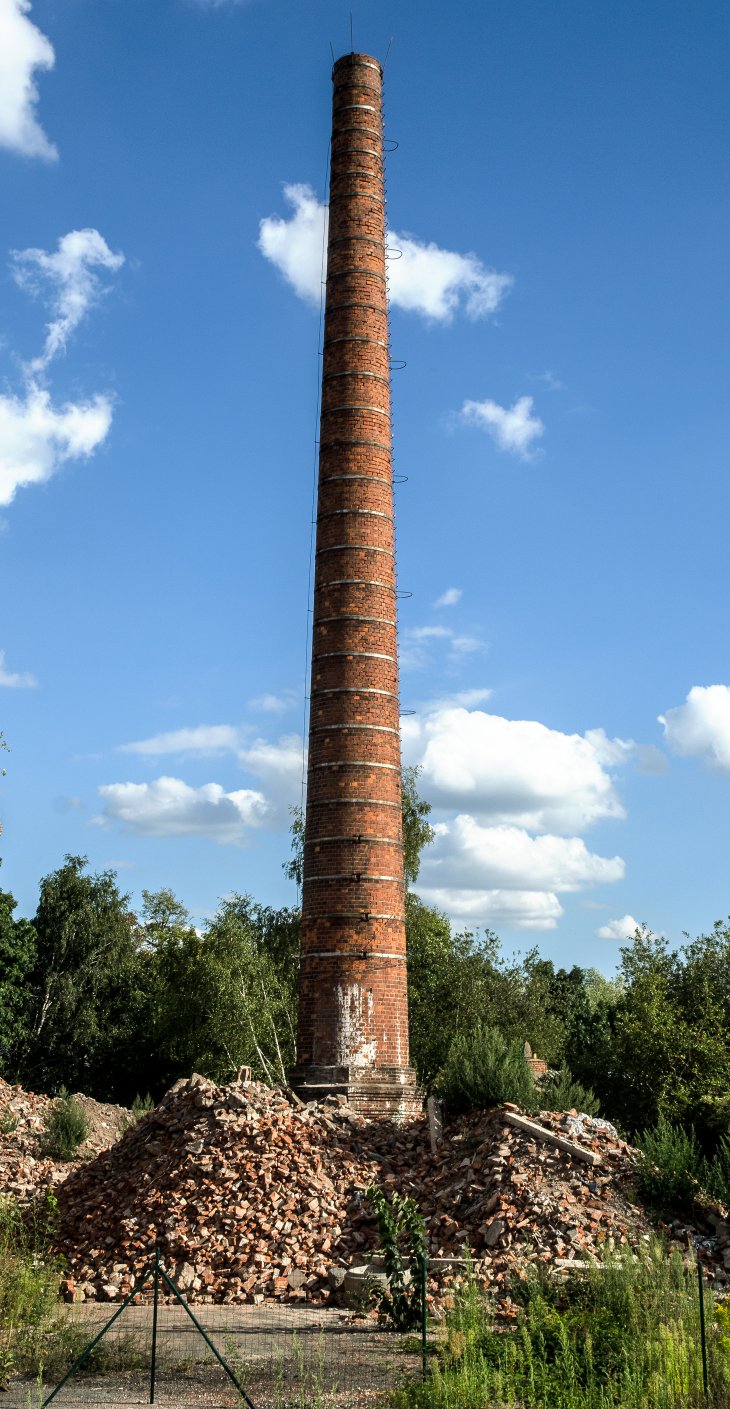 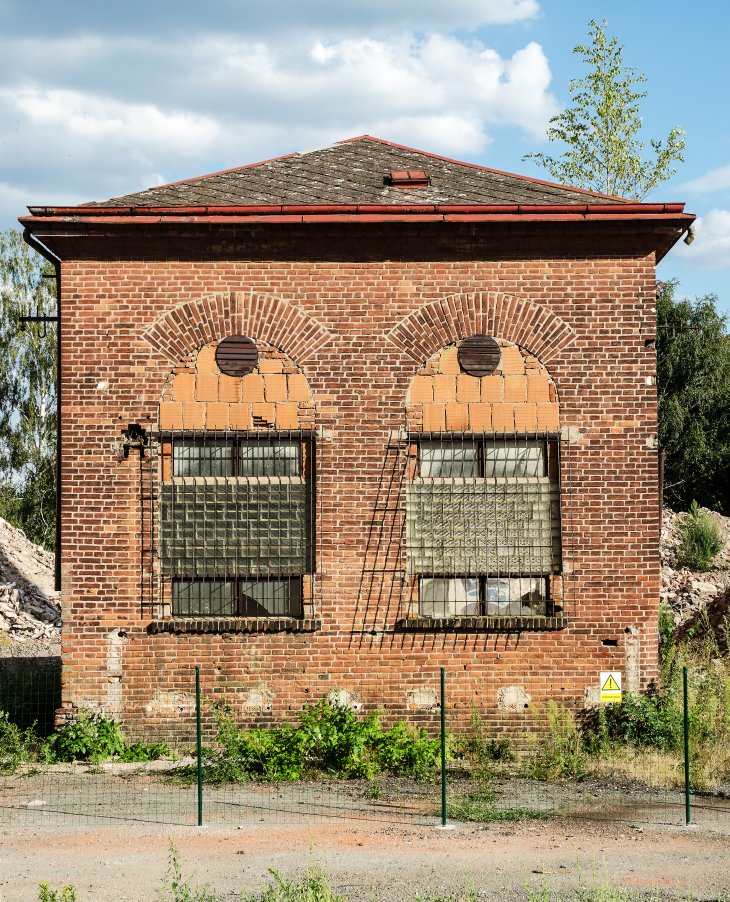