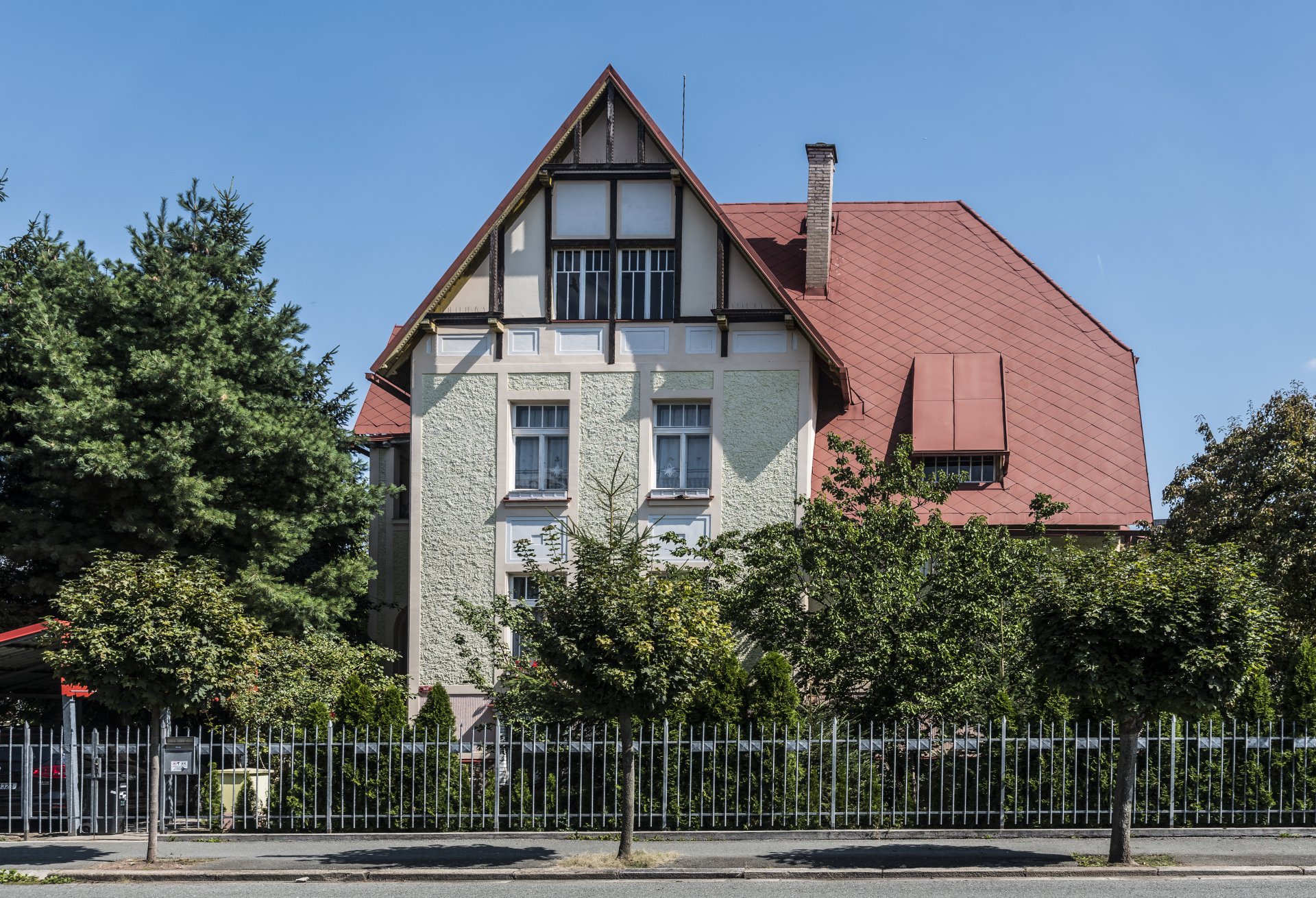 The villa called Lolla was built by Antonín Holeček, an engineering expert and professor of technical schools, in 1911. Holeček was granted the permission to build a house in the block no. X but he had to meet several criteria: he was asked to build a tasteful fence on a brick wall at his own expense, to pay the construction tax to the city’s pension coffers, and to build a pavement with “a tricolour granite mosaic pattern” along the entire length of the fence.

The architect and contractor of the villa was František Valouch. His villa designs were characterized by asymmetrical layouts, front façades with hipped gables, and gables divided by real or illusionary half-timbered masonry. Integral parts of his designs were also saddle roofs and wooden, often decorated window shutters. These features were used in Antonín Holeček’s villa as well. The house was situated in the garden, which included a wooden gazebo in the western part between the wars.

The ground floor housed two flats; one of them included a bedroom and a kitchen. In the second flat, there were two bedrooms, a kitchen, a bathroom, a pantry, a lavatory, and a covered porch. This first floor had a similar layout but it also included an attic and a terrace, built additionally. The basement was supposed to include the caretaker’s flat, a cellar, and a laundry room. The floors are connected by a double stairwell with stone stairs, located in a shaft, separate from the dwelling units.

In 1924, the house was bought by Josef Mecl Sr., an owner of a fur shop in Hradec Králové. Since 1973, it has been owned by his son, Josef Mecl Jr. Currently, the villa is inhabited by three generations of the family. In 2009, the west façade was restored and a new pillar fence built. 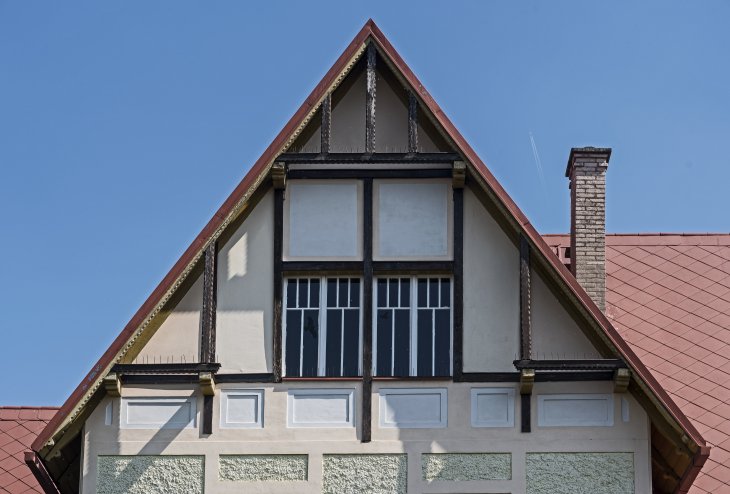