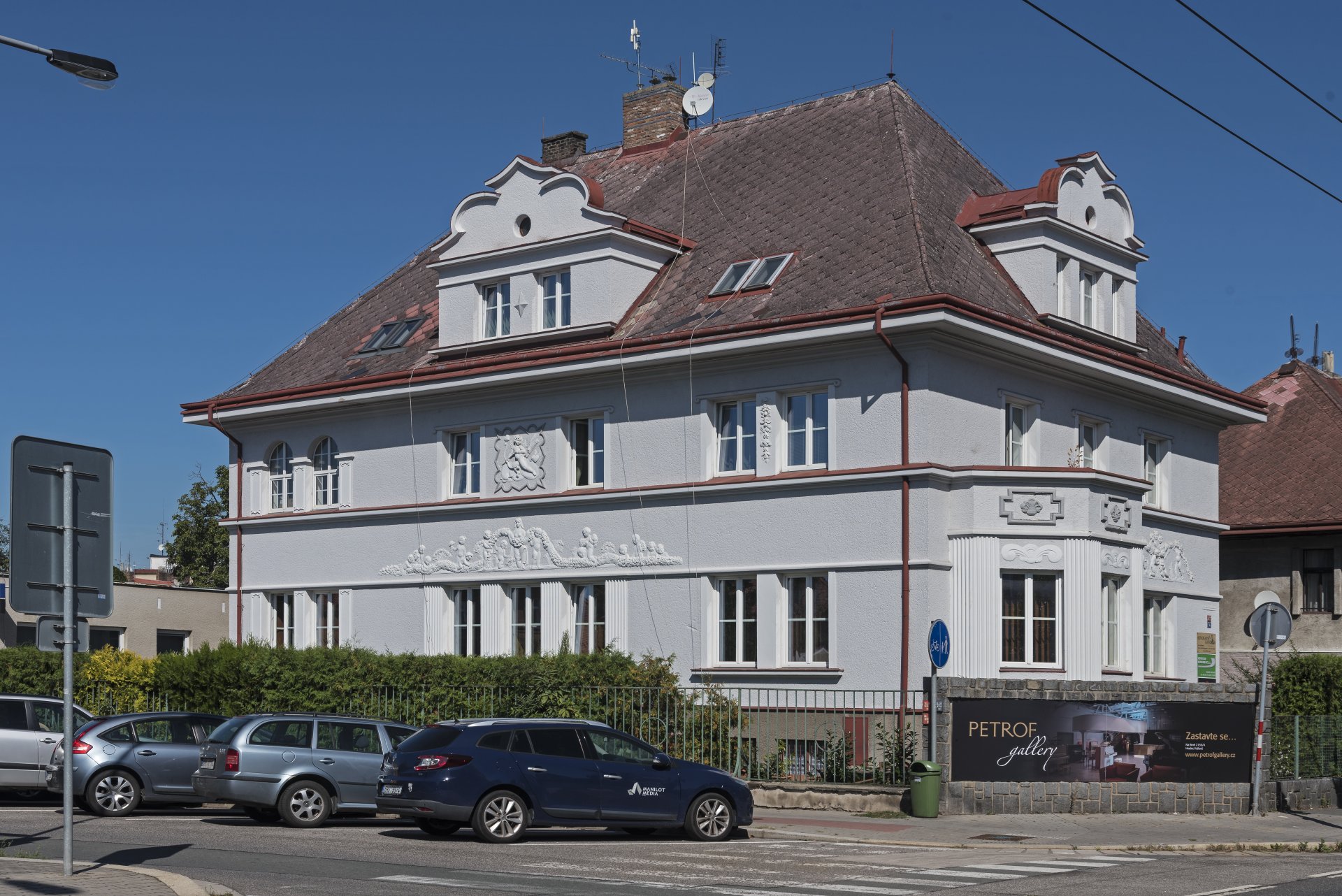 The villa at 672 Střelecká Street was built for Kamil Nepasický, the director of the Czech Bank, and his wife Marie Nepasická. The plans to build a two-story building were approved on 21 July 1923. The project was designed by architect Milan Babuška, who also designed the local purist Sokol gym. According to a certificate dated on 21 November 1924, the construction of the villa began on 5 September 1923, and it was completed on 1 October 1924. The exterior was based on the synthesis of modern and Baroque decorativism, mostly on the broken white stucco façade. The exterior facing the street has rich stucco ornaments and an extensive figural scene relief of playing putti on the south side (today’s Nerudova Street). The layout of the house met the contemporary requirements for luxurious housing. On the ground floor, there were three large living rooms, serving probably as a dining room, a study and a drawing room and facing the two adjacent streets on the east and south sides, while the corner representative room included the single-storey oriel facing Střelecká Street. The western side of the ground floor oriented to the garden included much smaller utility rooms such as the kitchen, a pantry, a storage room for flowers, and a closet. The foyer with the staircase in the northern part of the villa, connecting the ground floor and the upper floor and directly leading to all the main rooms on the first floor, was the core of the building. The hall included an avant-corps and three vertical rows of rectangular windows. The avant-corps ended with a triangular gable. The basement floor was used for maintenance and it had a separate entrance from the garden. There was a second kitchen, a laundry room, facilities for the staff, a technical room, and cellars and storerooms. On the first floor, there was the master bedrooms adjoining a dressing room and a bathroom. The attic included two rooms facing the east and south sides, each lit by two windows placed in ornate Neo-Baroque gables at the end of the hipped roof structure.

At present, the exterior of the building is in good condition and well maintained, but over the years, the interior of the villa was divided into several smaller rental spaces. 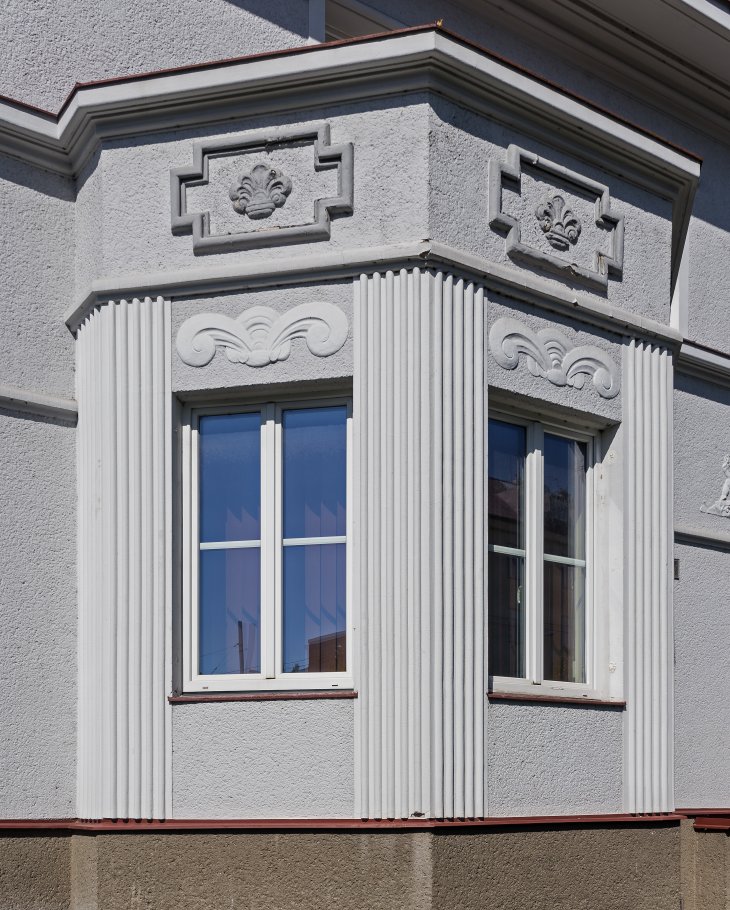 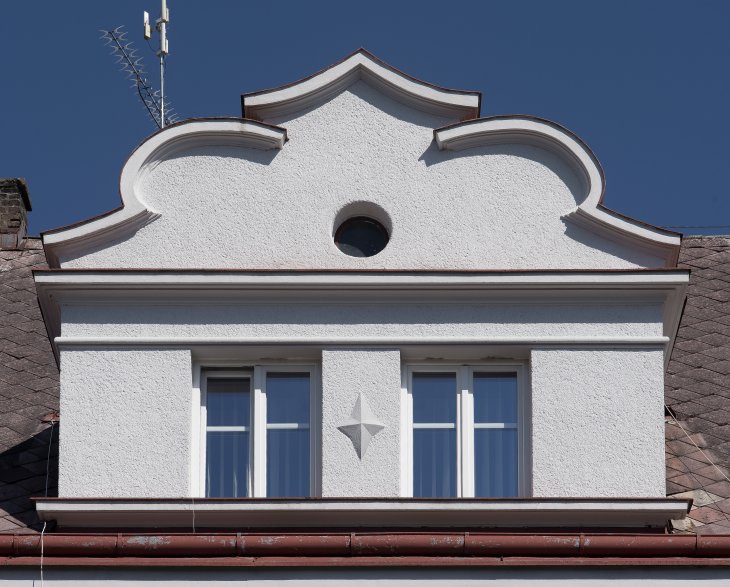 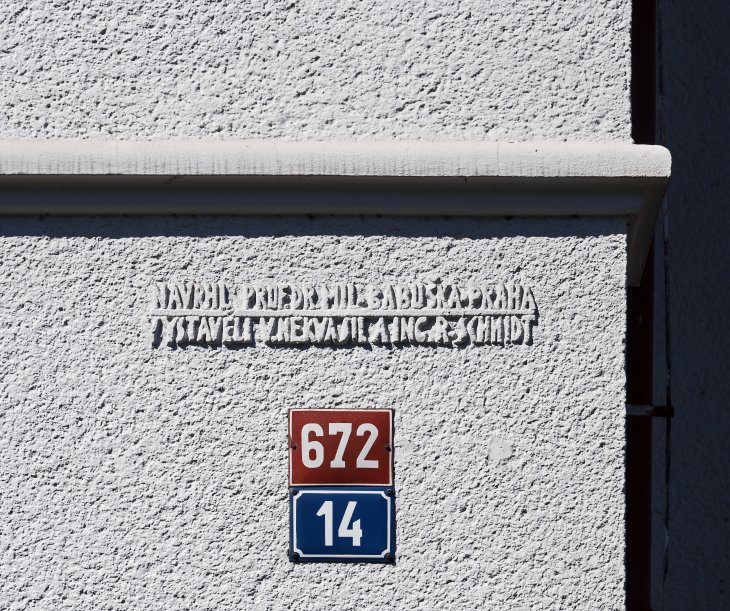