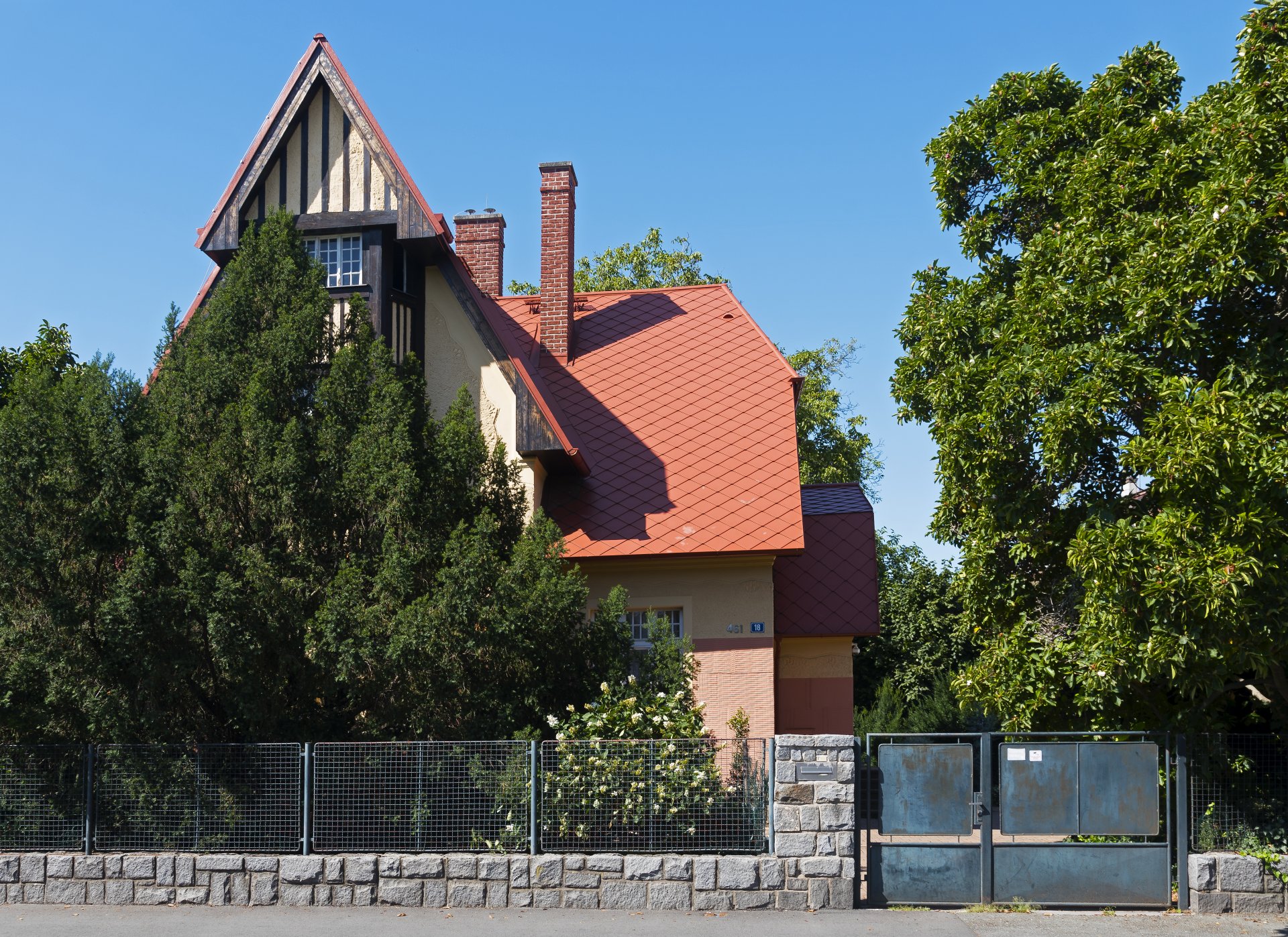 In 1909, a regulatory city plan was created. The city planners (including Václav Rejchl, Jr., a son of the villa’s architect) assumed that villa blocks would be built in the western part of the newly formed ring road. The ring road was being built on site of the town demolished at the end of the 19th century. One of the first houses in the block labelled X was the villa designed for Karel Janda, an official of the Municipal Savings Bank, his wife Irene and their family. The villa was designed by Václav Rejchl Sr., who worked on many other villas, tenement houses and other buildings in Hradec Králové at that time. The most similar buildings are probably villas in Nový Hradec Králové, but they are a little larger.

The block X (currently delimited by Střelecká, Nerudova and Vrchlického Streets) was divided into eleven parcels, and eleven different villas were built on them, the smallest one for Karel Janda. The villa is partially hidden in a large garden, densely overgrown with trees and bushes. The villa has a high half-timbered gable, a wooden oriel, and unplastered chimneys; its foundation walls are made of Cyclopean masonry. The layout was designed as a three-storey interior – a basement space and two residential floors with an attic. Half of the basement floor consists of the foundations, while the remaining half serves as cellars and a laundry room. The ground floor includes a central hall leading to various rooms: the kitchen with a pantry, a drawing room, bedrooms, and bathrooms. Upstairs, the architect designed two bedrooms, a bathroom, and a loft.

In 2010, the villa underwent a very sensitive reconstruction: the roofing was replaced and the façades renovated, but no major changes to the original form and layout were made. 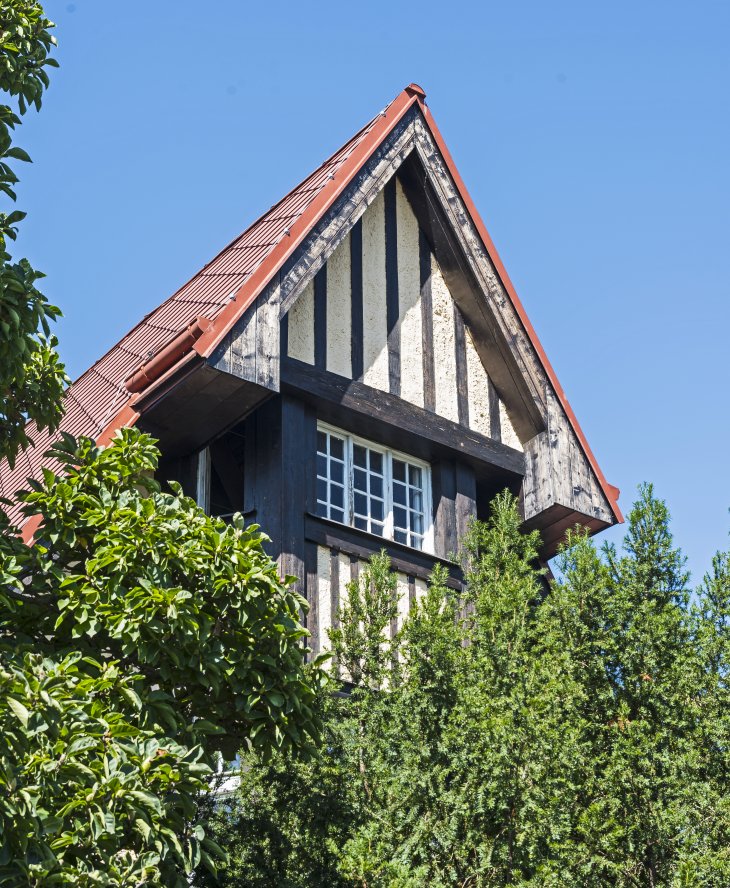 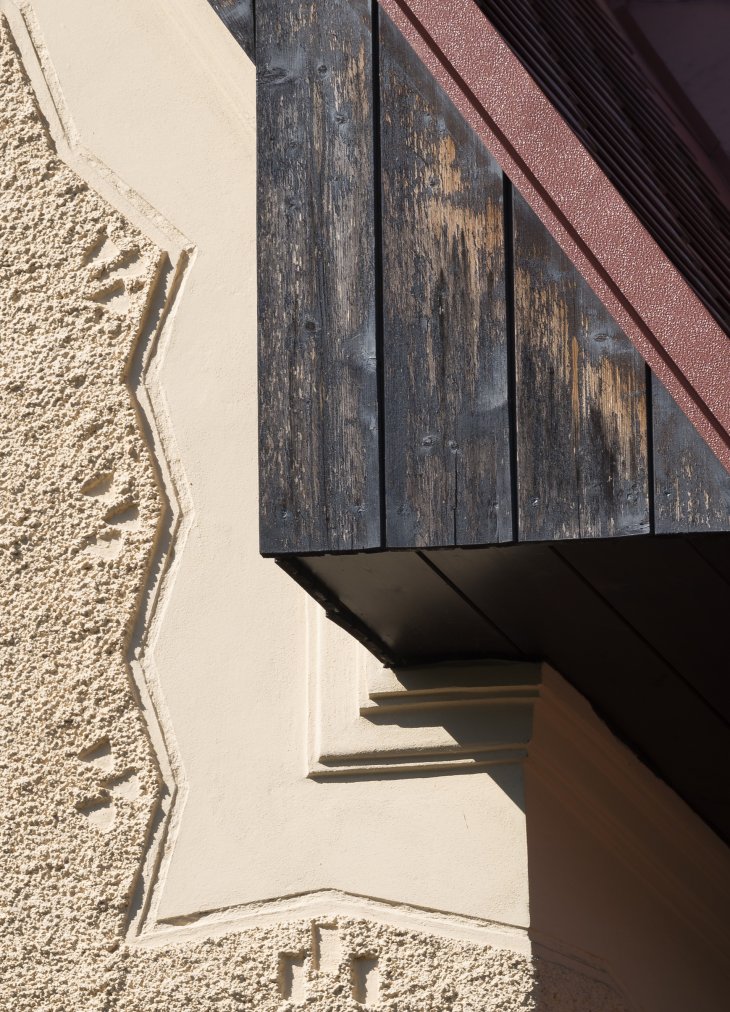