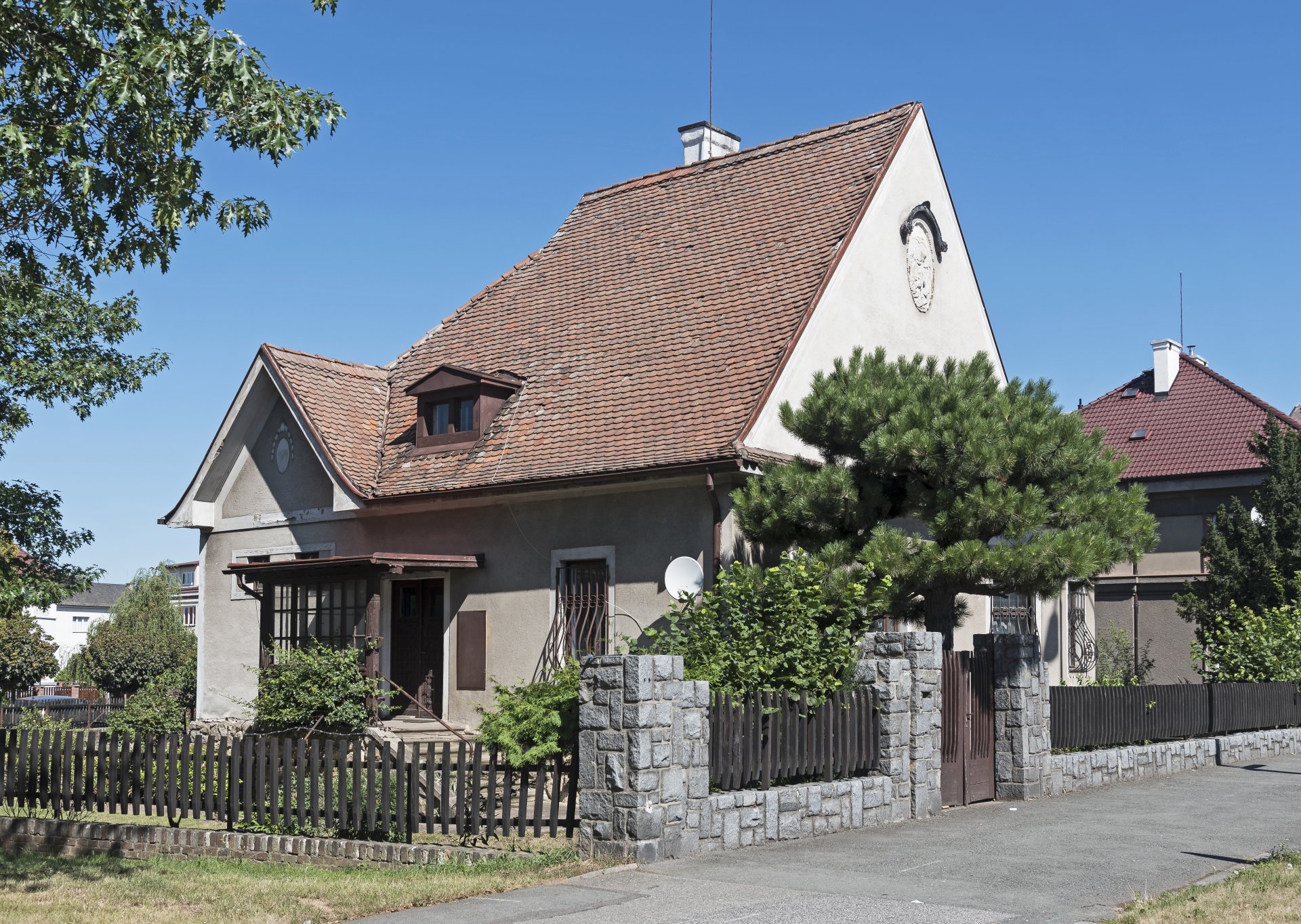 Marie Šanderová’s villa was one of the first local projects designed by Oldřich Liska. The construction started in October 1908 and it was completed on 9 August 1909. The villa is a very traditional and conservative project using elements of late Art Nouveau and Neoclassicism. It has a monumental triangular gable with a decorative medallion portraying Madonna and Jesus.

According to the plans of October 1908, the villa was built by Josef Jihlavec. It is located in the middle of a corner plot between today’s Střelecká and Vrchlického Streets. The project also included a decorative wooden fence on a stone foundation wall. Compared to the plans, the extent of half-timbering was smaller than Liska originally had in mind. The ground plan of the building is regular, except for the polygonal oriel, which is part of the living room and highlights one corner. The villa has a basement, two floors and a non-residential attic. All floors, except for the attic, are connected by one main staircase. The 1908 layout met the contemporary requirements. In the basement, there was a bathroom and cellars accessible from the hall. The entrance to the house was built over a covered porch. Behind the entrance, there was the so-called anteroom with the staircase to the upper floor. On the ground floor, there was the main flat, including the kitchen with a pantry and the maid’s room, a very spacious dining room, a living room, and a bedroom with a bathroom. On the first floor, there was a rental space: a bedroom with a kitchen and the attic, designed to be divided into two parts – for the ground floor flat and the rental flat; eventually, only one loft was built.

At present, the building is in a fairly good condition with a number of authentic features. On three sides, the façade is still preserved in its original, decorated form, but the side facing Vrchlického Street is white, probably renovated over the years. 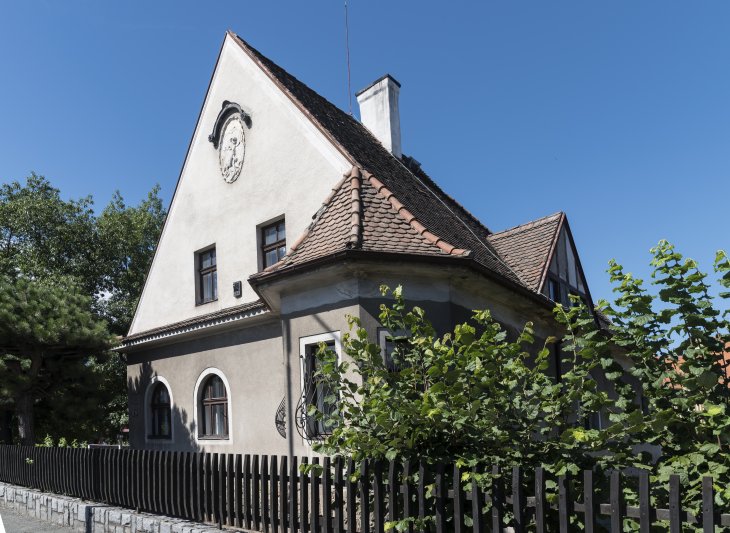 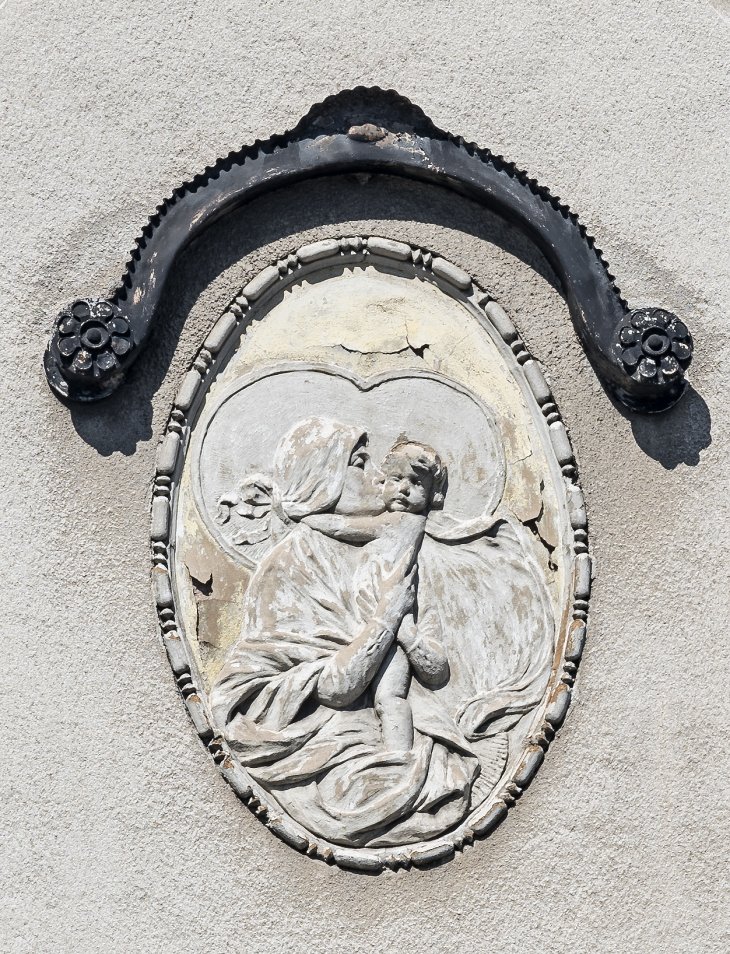 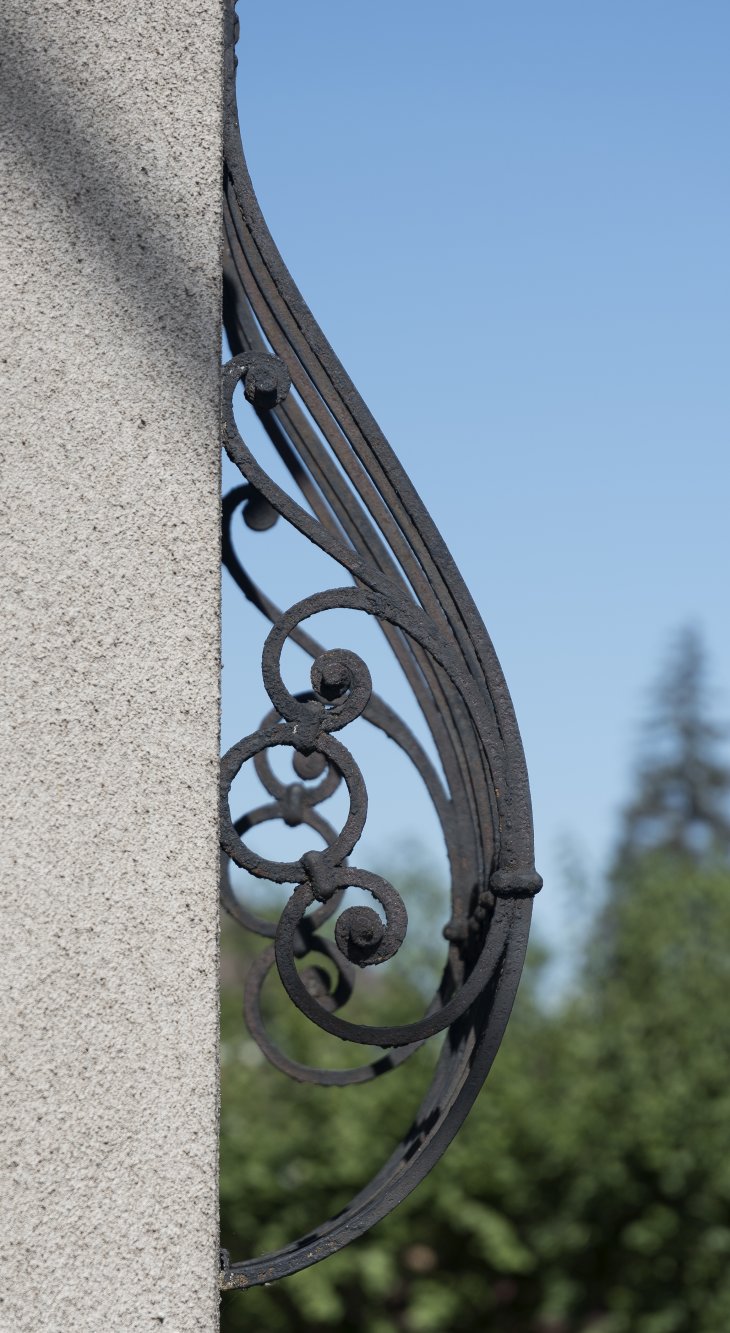