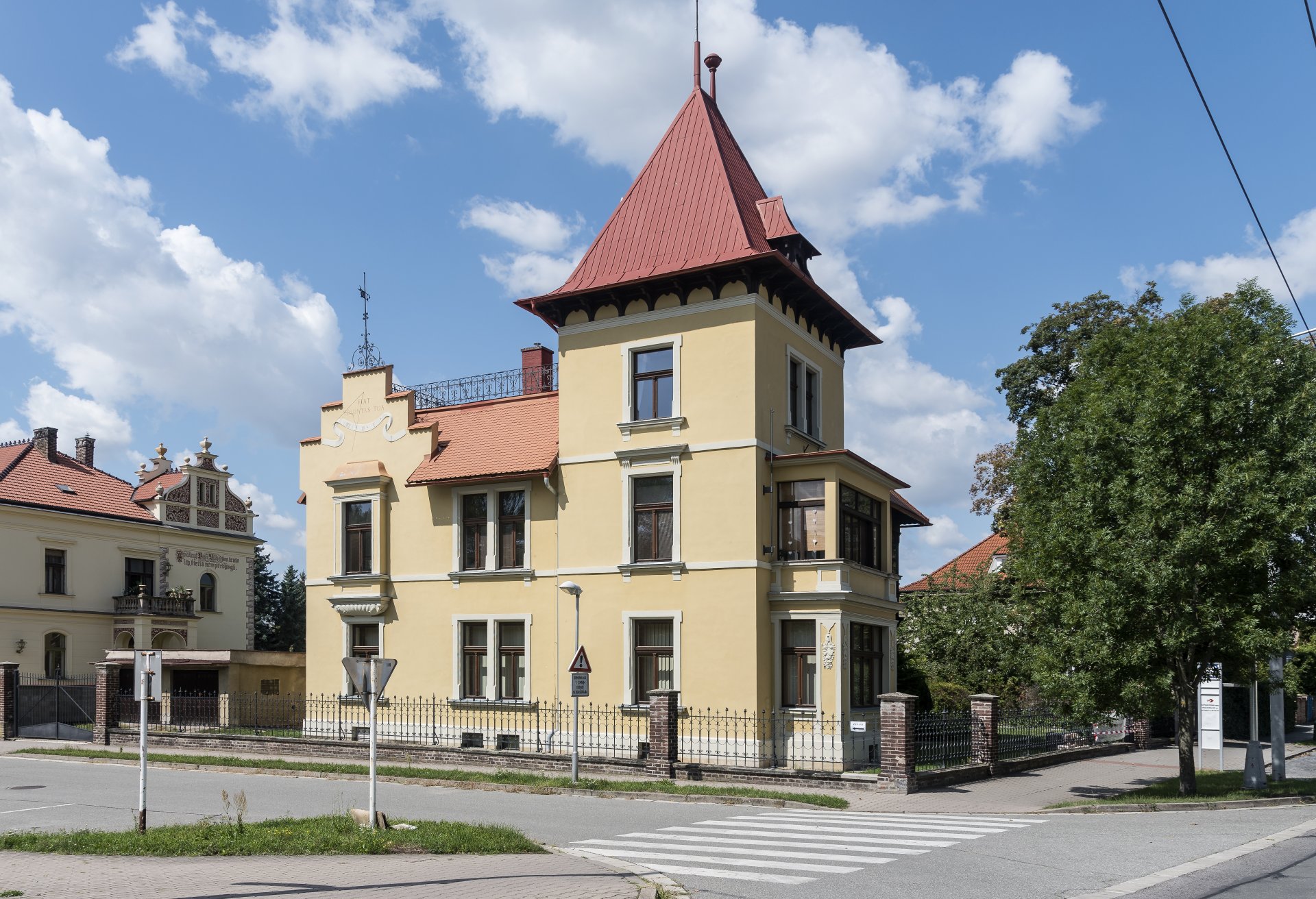 Václav Rejchl Sr. purchased several lots in the newly available land at Orlické Embankment where he designed, built, and subsequently sold sumptuous villas. The houses are examples of his best designs and well represent the architect’s register and creative development. Between 1902 and 1904, Rejchl built three villas for owners Wipler, Hájek, and Viewegh.

The villas were supposed to be examples of ideal housing in green vegetation near the Orlice River. The application for the building permit was submitted by Karel Viewegh, an official who served as District Secretary, in November 1901. The construction was carried out in the following year and the permit for its use issued in 1903. The building had the same layout as the opposite Karel Wipler’s villa. On the ground floor, larger walk-through rooms such as the salon faced the street; utility rooms such as the kitchen, pantry and bathroom faced the garden. In the middle, there was a passageway. The two villas were supposed to form symmetrical counterparts but Viewegh’s house has a smaller ground plan and it had simpler façade decoration. Unlike Wipler’s villa, which is still preserved almost intact in its original form, Viewegh’s house was later rebuilt. The reconstruction included a wooden oriel in 1940 designed by Václav Rejchl’s son, Václav Rejchl Jr. The oriel is still preserved; the original façade décor, however, is not. Instead of rich sgraffito decorations we can see on Wipler’s and Hájek’s villas, it contained Neo-Renaissance features such as corner rusticwork, stucco cornices in suprafenestras, and ornaments on the stepped gable and windows jambs.

On the east side of the house, there is a sundial with a Latin passage from the Bible, “Fiat voluntas Tua”. The sundial is original and visible even in contemporary photographs. It was also drawn in the original plan by architect Václav Rejchl Sr. 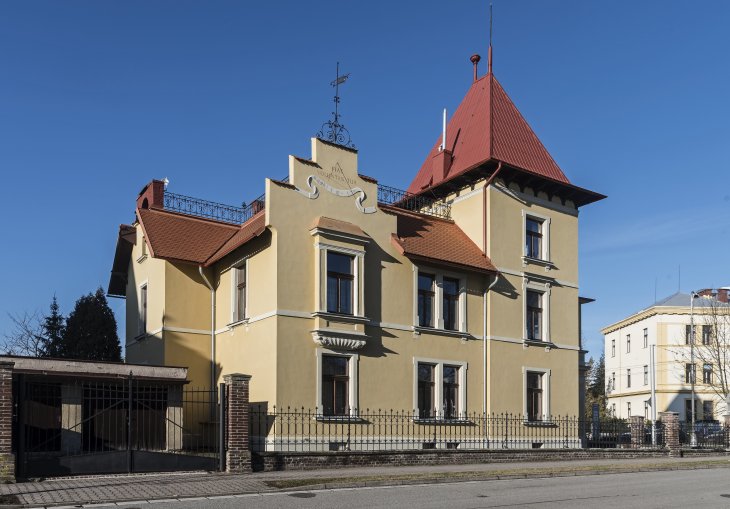 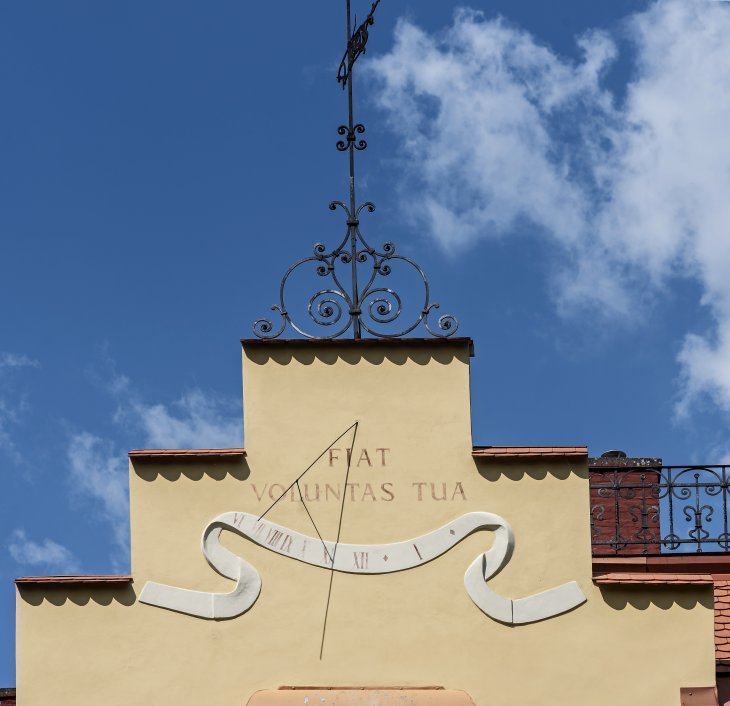 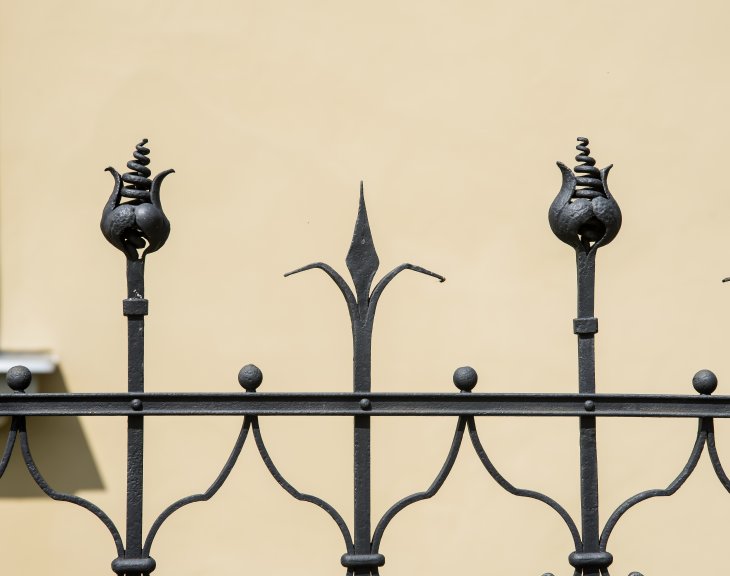