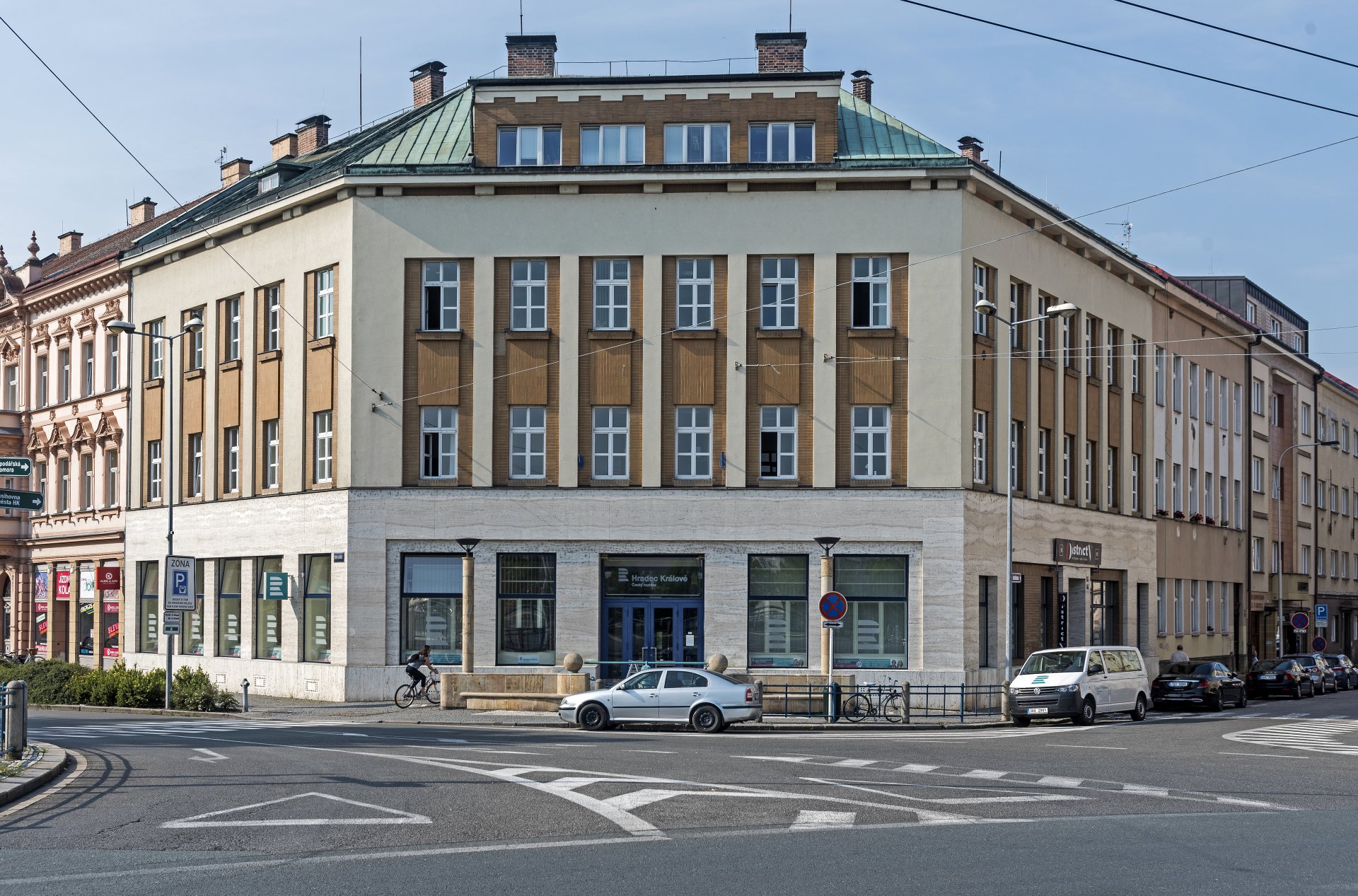 The dominant building on the corner of Havlíčkova Street and Tylovo Embankment originally featured a simple, yet lavish illuminated sign “Agrarian Bank” from 1939, which decorated the upper part of the façade above the main entrance. The Agrarian Bank was built on the site of an older house on the eve of WWII.

The original building was built by builder František L. Hellmann for the Credit Union (Záložní úvěrový ústav) between 1896 and 1897. It was a three-storey house with a historizing façade. On the ground floor, there we shops and restaurants; the upper floors housed residential units. In front of the building, there were municipal scales. Later, the owner of the inn located in the building, Václav Nevyhoštěný, reportedly converted the flats into rooms where sex services were offered.

In 1938, the house was purchased by the Czechoslovak Agrarian Bank. During a large reconstruction, the building was redesigned by architects Jindřich Freiwald and Jaroslav Böhm. Having had considerable experience, the architects founded a joint studio in 1921; they designed, for example, a number of buildings for the Czech Savings Bank (Česká spořitelna) in Czech towns. The reconstruction of the Agrarian Bank included remodelling, loft extensions, and a new façade design. As for the changes of the layout, the shop on the ground floor was closed down, the inn was replaced with a restaurant, and the main office and the bank lobby were built. The concept of the exterior greatly changed as well. The ground floor was faced with travertine. Based on the local architectural tradition, the simple light plastered lesene frameworks dividing the façade into window axes were filled with unplastered brickwork. The façade is terminated with a distinct crown cornice; the roof includes a mansard strip of four windows.

After 1948, the building served as the seat of the central bank, which used the original housing units as well. After 1989, the bank became the property of the Czech National Bank. In 1997, it was bought by Czech Radio with the intention to move its headquarters from Karel and Malča Fuchs’s villa to this building. Between 1998 and 1999, the building underwent an extensive reconstruction designed by architects Karel Plocek and Martin Misík. Their designs, including the furniture equipment, combined various colour shades and materials and decorative plasterboard ceilings, which represented the aesthetics of the 1990s.

The Agrarian Bank is part of the protected urban conservation area in Hradec Králové. 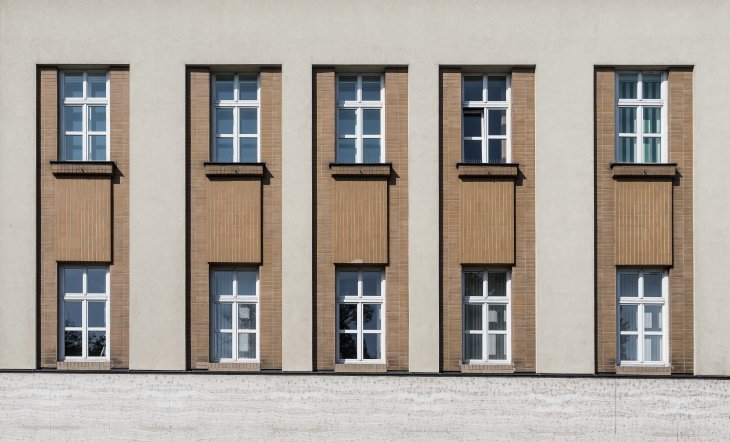